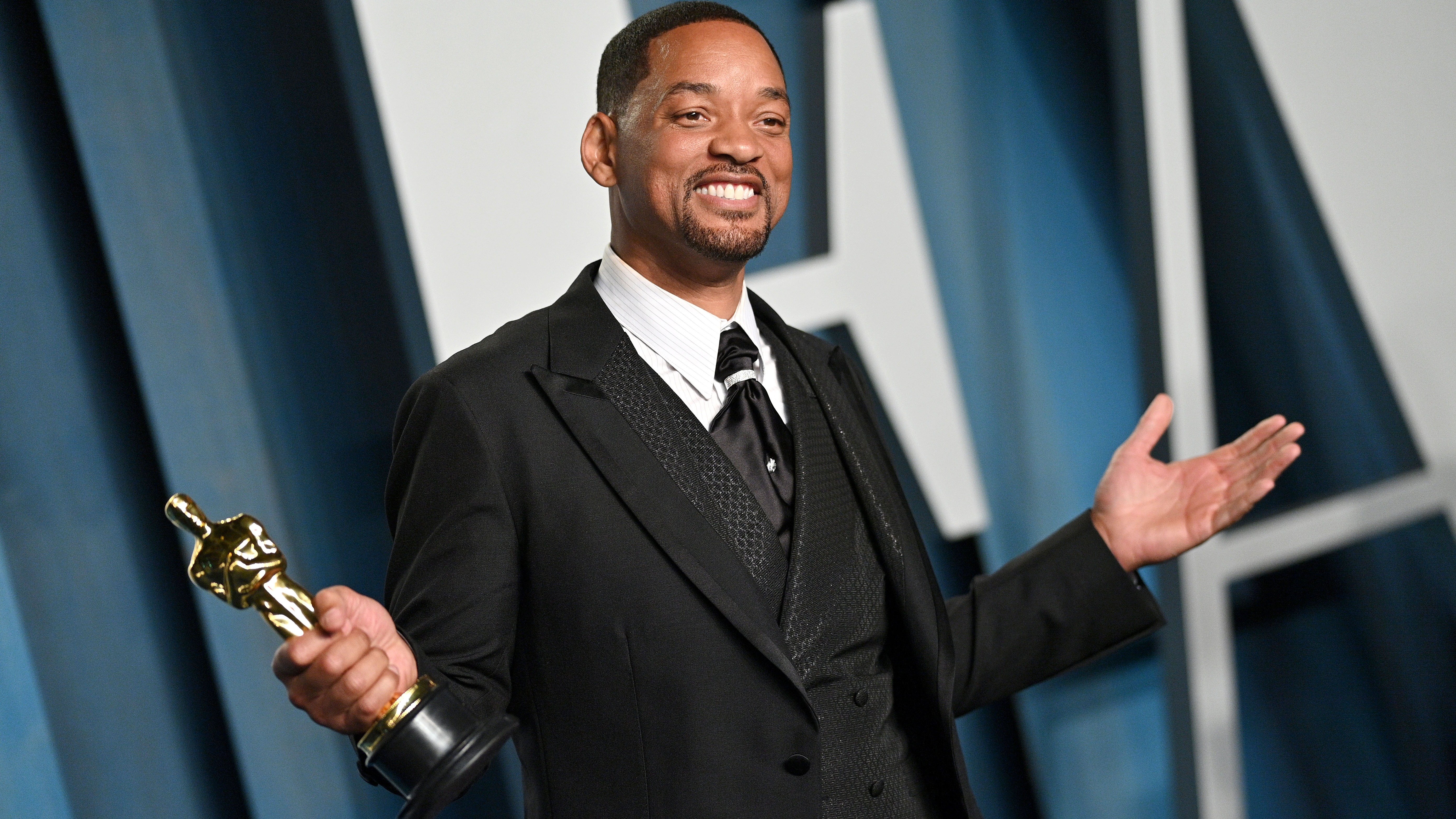 Will Smith Issues Formal Apology For Slapping Chris Rock: 'I Am A Work In Progress'

In a surreal moment, on Hollywood's biggest night, with millions of eyes watching, Will Smith stormed the stage at the Oscars to respond to comedian Chris Rock's joke about his wife, Jada Pinkett Smith, with a hard slap to the face.

While few knew how to react in the moment, since then, little else has been discussed by anybody, anywhere.

Now, less than 24 hours after the event that marred and overshadowed Smith's own Oscar win — as well as every other Oscar winner's night — the Independence Day star has finally issued an apology to Rock.

Smith had already apologized once, during his acceptance speech — but not to Rock.

While accepting the Best Actor award for his portrayal of Venus and Serena Williams' father, Richard, in King Richard, Smith apologized to both the other nominees and to the Academy.

In the wake of the incident, those close to Smith assured the public that there were no hard feelings.

Sean "Diddy" Combs reported that the two had made amends after the show, saying "That’s not a problem. That’s over. I can confirm that. It’s all love. They’re brothers." Combs did not expand in detail on how they made up.

However, a conflicting report suggested that Smith and Rock had not spoken since the incident.

TMZ reported that Combs had spoken to each of them individually, but they had not actually exchanged words. The outlet also added that Rock apparently had no knowledge of Pinkett Smith's alopecia ahead of his joke.

Nevertheless, Smith has now come forward with a public apology to Rock.

While Smith does not appear to face legal consequences for striking Rock, the Academy did announce it was launching a formal investigation into the incident, which might have spurred Smith to make his case to the public.

In his apology, Smith accepted responsibility for his actions. 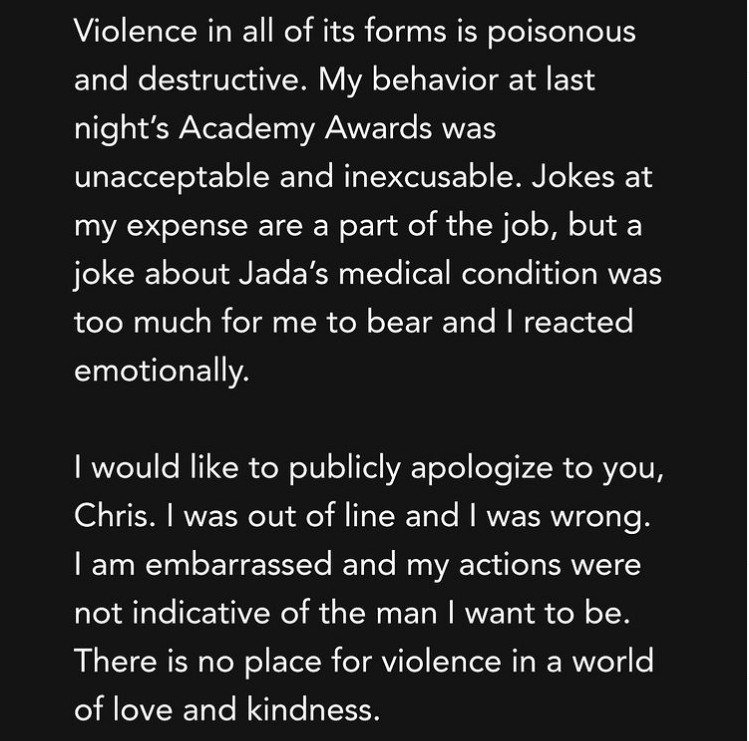 "Violence in all of its forms is poisonous and destructive. My behavior at last night’s Academy Awards was unacceptable and inexcusable," he wrote on Instagram.

"I would like to publicly apologize to you, Chris. I was out of line and I was wrong. I am embarrassed and my actions were not indicative of the man I want to be."

Smith also included the Academy once again, fans, and the Williams family in his statement. 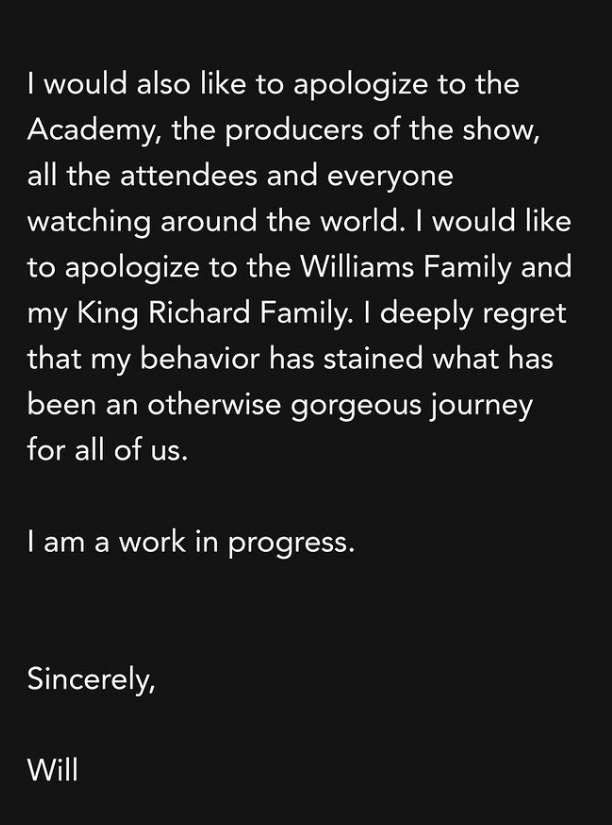 "I deeply regret that my behavior has stained what has been an otherwise gorgeous journey for all of us. I am a work in progress," he concluded.

Rock has not made a public statement regarding either the incident or Smith's apology so far.

For his part, Rock earned considerable praise online for continuing with his presentation for best documentary — awarded to Questlove for Summer of Soul — and carrying on in front of a shocked auditorium.

What do you think of Smith's apology? Let us know in the comments!