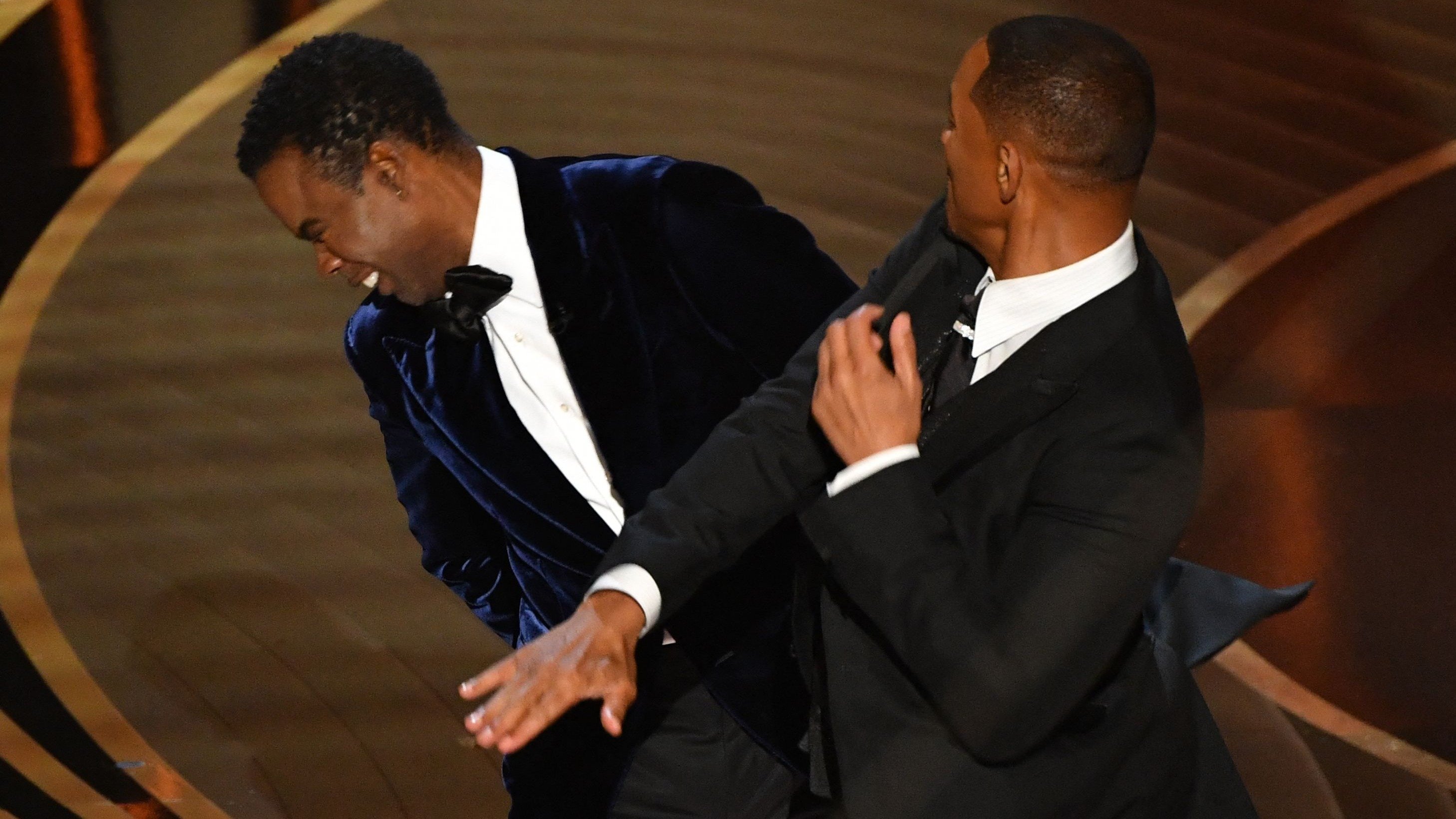 In most years, the Academy Awards give little more to talk about than who should have won for which category, how good a job the host did, and who wore what — still amazed by Bjork's swan dress, tbh — on the red carpet.

This year, all anybody can talk about is the one moment that stole the show and unfortunately overshadowed many much more deserving moments: Will Smith striding onto the stage to smack Chris Rock in the face.

Moore famously shaved her head for the role about a woman enduring Navy SEAL training, and Pinkett Smith has had to shave hers as well due to alopecia, a condition that causes hair loss.

Smith, star of The Fresh Prince of Bel-Air and Ali, took offense at Rock's remark and interrupted the event to slap the comedian, then returned to his seat and berated Rock.

Smith remained in the auditorium after the incident and went on to win the Oscar for best actor for his role in "King Richard."

During his acceptance speech, Smith made a tearful apology to the Academy and his fellow nominees — but, notably, not to Rock.

However, many viewers wondered how and why Smith was allowed to stay in his seat following the slap.

Smith did, after all, physically assault someone on one of the biggest stages in the world. And yet, nobody from the Academy weighed in, let alone law enforcement. Denzel Washington, Tyler Perry, and Bradley Cooper all reportedly spoke with Smith directly after the incident, but that's it.

The Academy did, later, issue a statement.

Hours after the fact, and long after the majority of East Coast viewers had called it a night, the Academy tried to bring the focus back onto the other award winners while saying that it "does not condone violence of any form."

However, given that Smith was not removed from his seat, it seems that violence was condoned at least for a little while.

Can Smith expect to face any legal repercussions for slapping Chris Rock in the face on national TV?

At present, it appears not. The LAPD issued a statement that, without naming names, indicated that Rock had chosen not to press charges against Smith, as ABC News reported. However, the LAPD did note that "If the involved party desires a police report at a later date, LAPD will be available to complete an investigative report."

Despite Rock declining to press charges, many have suggested Smith should still face legal consequences.

We'll let the legal scholars sort out who can be charged with what under which circumstances, but many expressed that it felt like justice hasn't been served and that it's another case of a famous person getting away with something.

There may be other consequences Smith could face as well, beyond the legal realm.

As Smith himself hinted at in his acceptance speech, the Academy might not welcome him back in the future. Indeed, Smith ended his speech with an appeal, saying "I'm hoping the Academy invites me back."

Others have suggested that Smith's actions should cost him his hardware.

There's little precedent for Oscar recipients losing the awards they've won, but many fans have called for just that. And, according to CBS News, insiders have also suggested that Smith may have violated the Academy's "code of conduct," which states the group is "categorically opposed to any form of abuse, harassment or discrimination."

Meanwhile, many others felt Rock had it coming.

Tiffany Haddish, who starred alongside Pinkett Smith in 2017's Girls Trip , even went so far as to praise Smith.

"When I saw a Black man stand up for his wife. That meant so much to me," she told People. "And maybe the world might not like how it went down, but for me, it was the most beautiful thing I've ever seen because it made me believe that there are still men out there that love and care about their women, their wives."