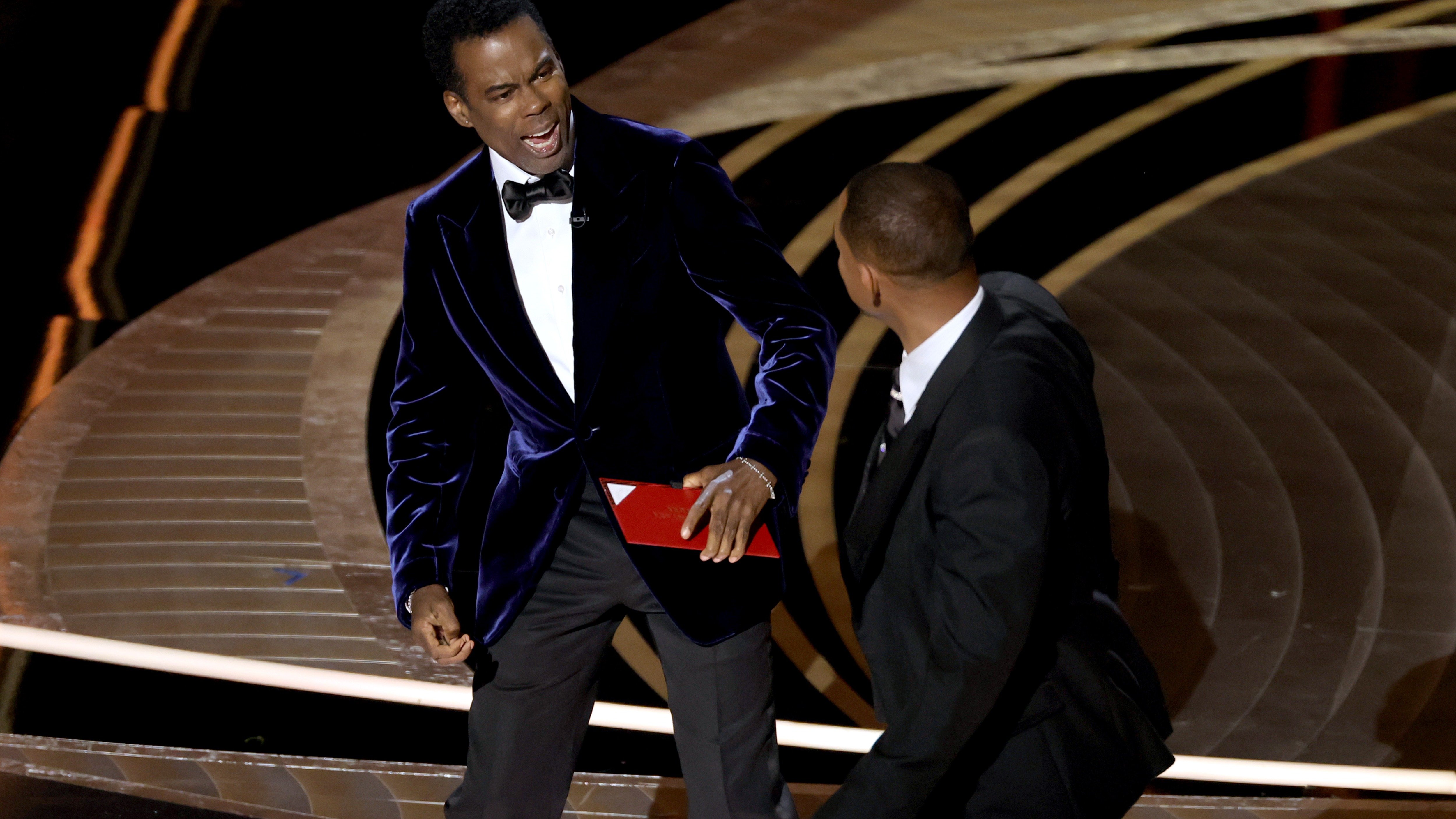 The Academy Awards are back in full swing after a rough few years and it's been an eventful night, to say the least. While we all know comedy is a big part of the show, sometimes it's hard to tell what's real and what's fake.

On Sunday night, viewers were left speechless after a seemingly violent altercation between Chris Rock and Will Smith.

While presenting an award for Best Documentary, Will Smith came up and seemingly punched Chris Rock in the face after the comedian made a joke about Jada Pinkett Smith's hair.

Chris referenced Jada's bald head and asked when she was coming out with G.I. Jane 2.

Jada has been open with fans about the pain of her hair loss on her Facebook talk show, The Red Table Talk.

Back in 2018, the mom of two got candid with fans about her difficult journey.

“A lot of people have been asking why I’ve been wearing turbans. Well, I haven’t talked about it. It’s not easy to talk about, but I am going to talk about it," she explained at the time.

"It was terrifying when it first started," she continued.

"I was in the shower one day and had just handfuls of hair in my hands and I was just like, 'Oh my god, am I going bald?"

"It was one of those times in my life where I was literally shaking in fear," she recalled.

"That's why I cut my hair, and why I continue to cut it."

"My hair has been a big part of me,” Jada continued.

"Taking care of my hair has been a beautiful ritual and having the choice to have hair or not. And then one day to be like, 'Oh my god, I might not have that choice anymore.'"

She went on to explain that her hair loss is a medical mystery.

"I’ve gotten every kind of test there is to have," the actress explained. "They don’t know why."

Although she admitted to being "terrified" to lose her hair, Jada explained that she tried to put her problem in perspective.

Jada concluded the episode in 2018 by saying she loved her hair wraps — "When my hair is wrapped I feel like a queen. I love having a wrapped head."

In response to the joke, Will walked onto the stage and seemingly punched Chris in the face.

Chris seemed completely shocked and caught off guard by the move, and then the audio for the show cut out for those watching on cable TV.

It's difficult to say what will happen next, but it's clear to see Twitter is absolutely reeling.

Going off of Chris Rock's reaction, I think this thing was totally unscripted.

A few moments later, Sean "Diddy" Combs came onto the stage and tried to make light of the situation and encouraged the men to talk it out after the show.

Ironically, the rapper was introducing the tribute to The Godfather.

An hour after the altercation, Will won Best Actor for his role in "King Richard."

In his speech, Will made it clear that he, like his character Richard Williams, was looking out for and protecting his family.