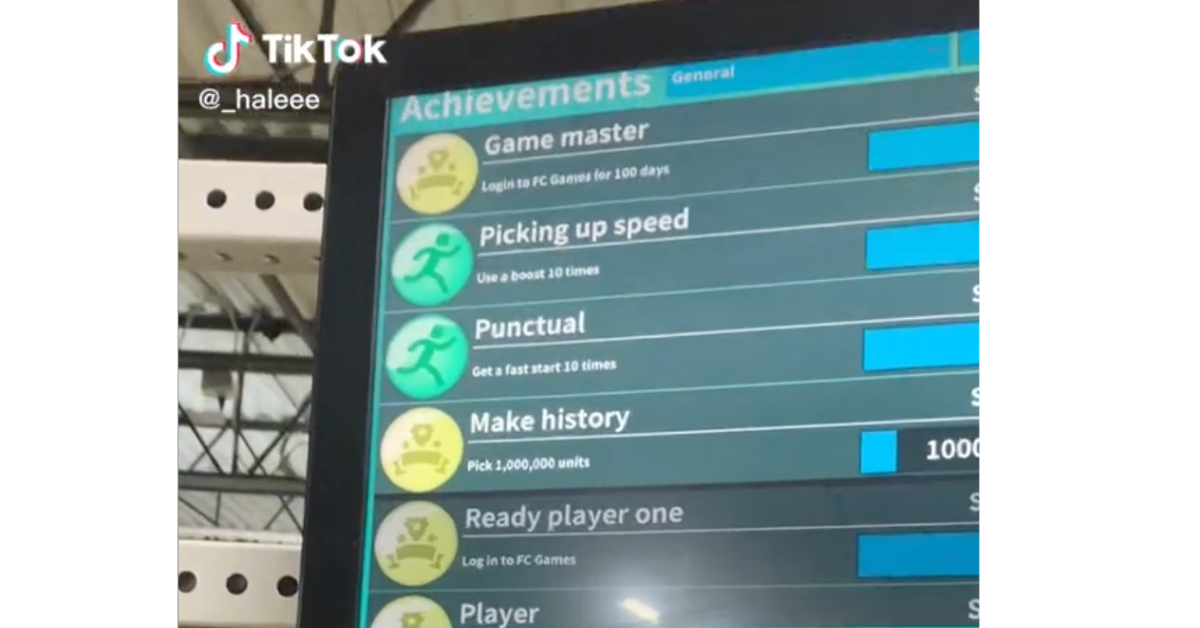 A large portion of TikTokers have been using the platform to share the secrets behind their jobs of late. However, one of the most unsettling of all of these workplace secret TikToks has been the reveal of the "game" that some Amazon workers have been sharing.

The "game" has left a lot of people both creeped out and a little outraged.

A video showing the Amazon workers' "game" was uploaded by TikToker @chutuo. 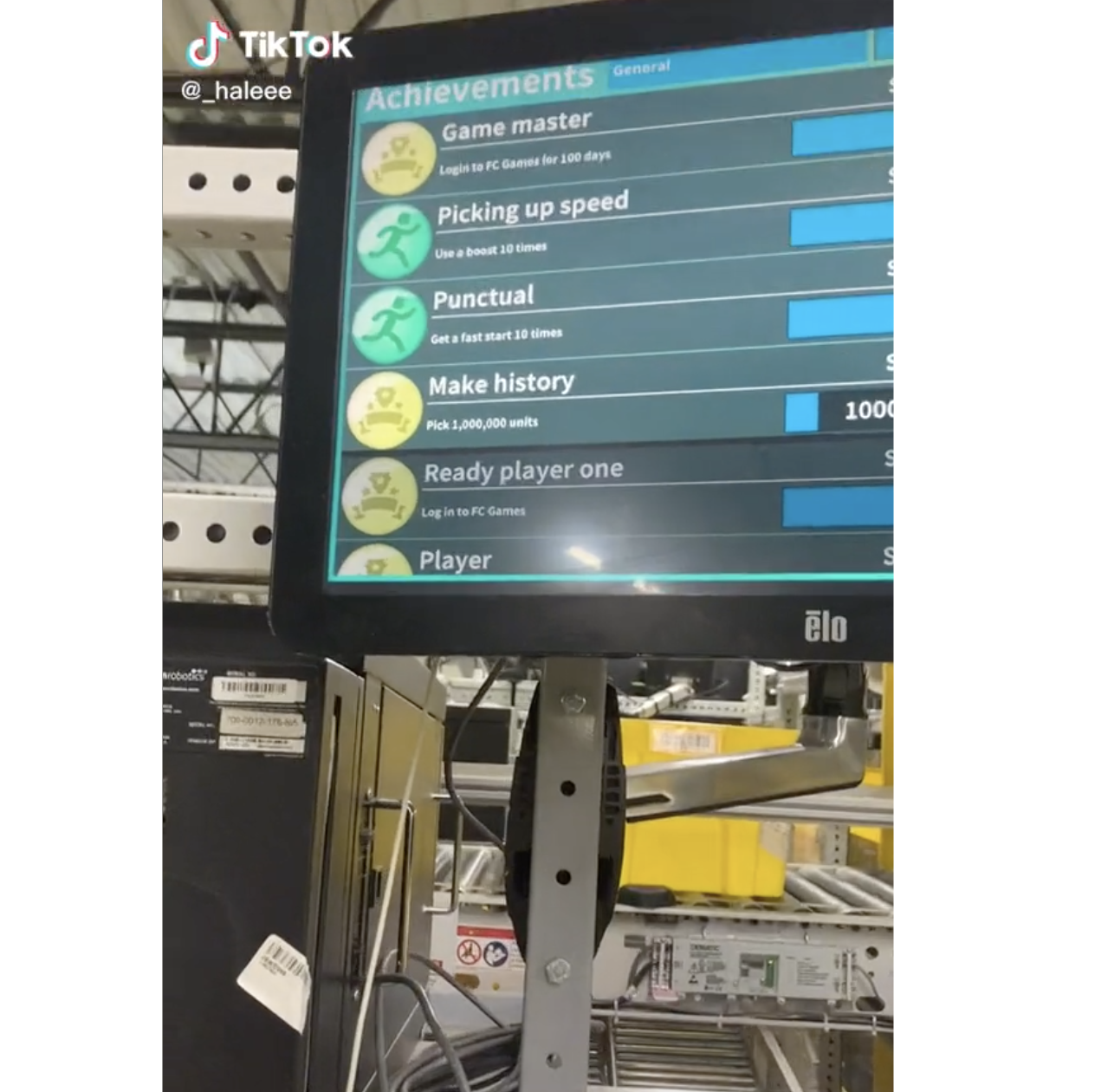 As can be seen in the video, Amazon workers are shown a screen which shows a series of "achievements" which they should aim to be accomplishing during their working day.

Some of the "achievements" involve being "punctual," "picking up speed," and there is even one called "make history." 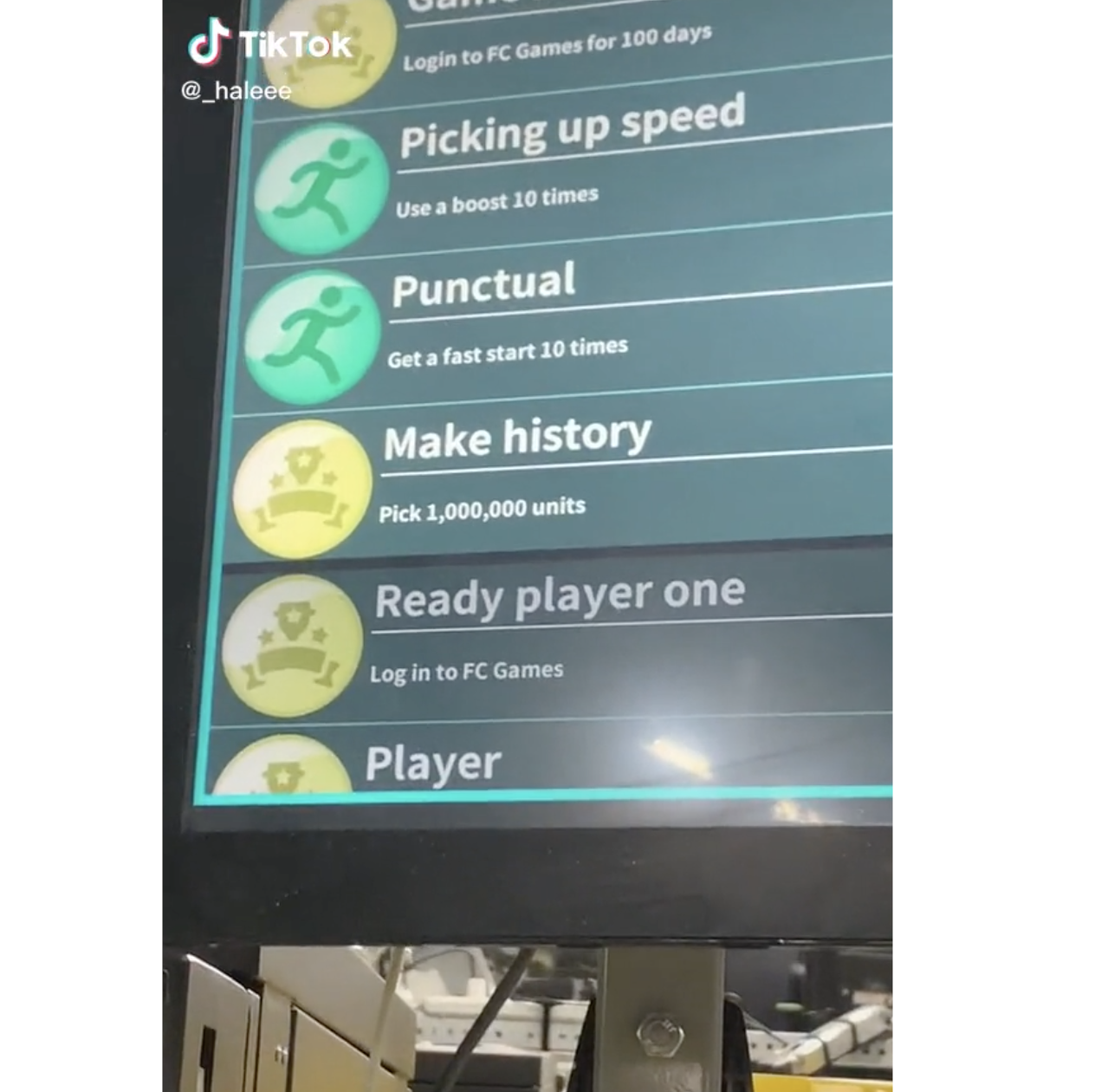 The video has put a lot of people in mind of an episode of Black Mirror — however, the fact that people are actually living this makes it much more terrifying.

One individual slammed the "game" as the "gamification of underpaid work."

"Once you complete your weekly quests you get a 5-minute toilet break," wrote another person in response to the video.

"Imagine living in a dystopian hell like this," added another individual.

Amazon were quick top clarify that the game was "optional" for its employees to take advantage of. 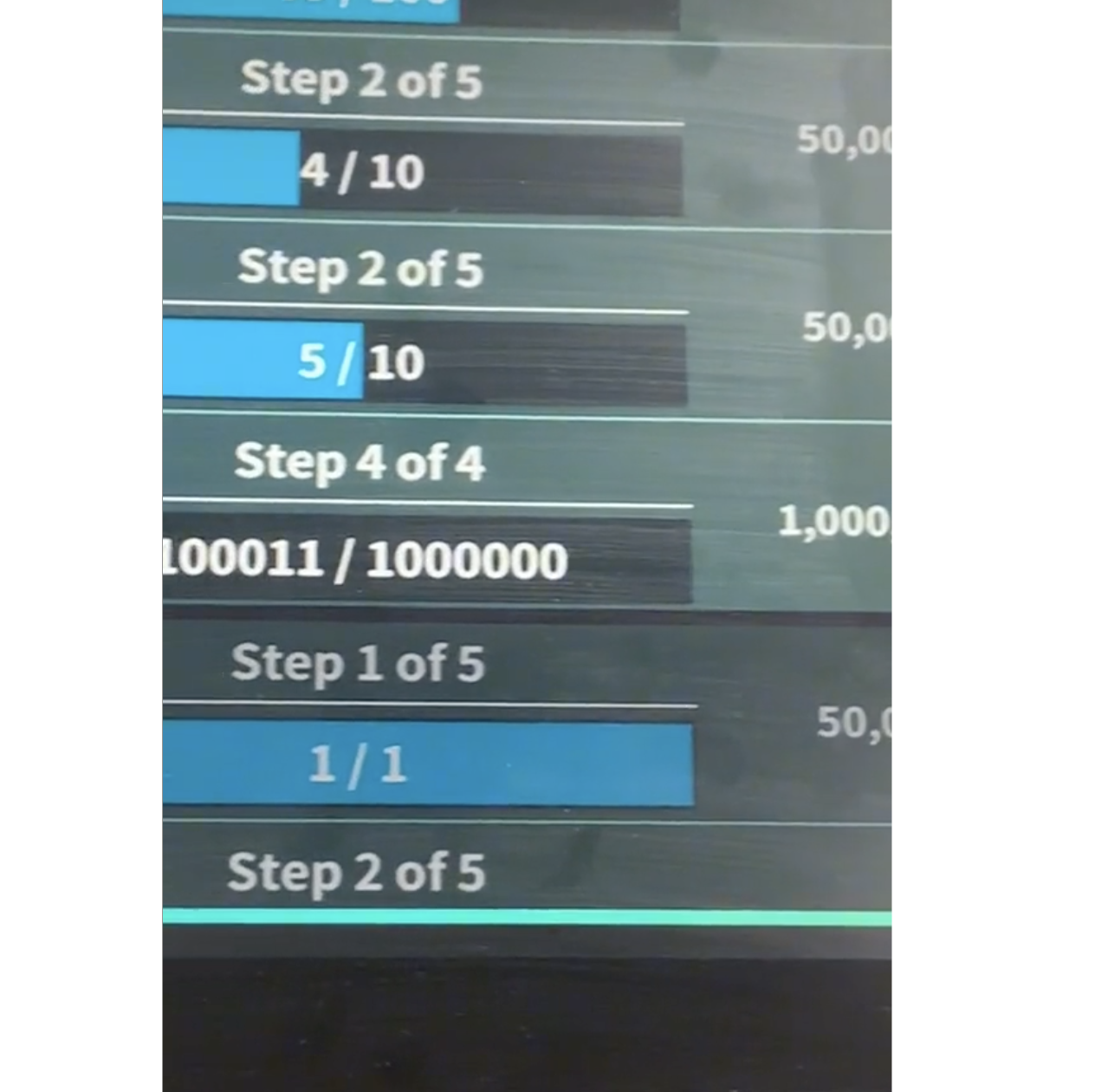 "Employees have told us they enjoy having the option to join in these workstation games, which are completely optional; they can switch in or out of different games depending on their preference, can play anonymously, or not play at all," a spokesperson for Amazon told The Independent

While the majority of people claimed that they would not want to partake in the Amazon workers' "game," there were some individuals who said that they would probably end up playing it anyway. Would you be signing up for this game in their position?