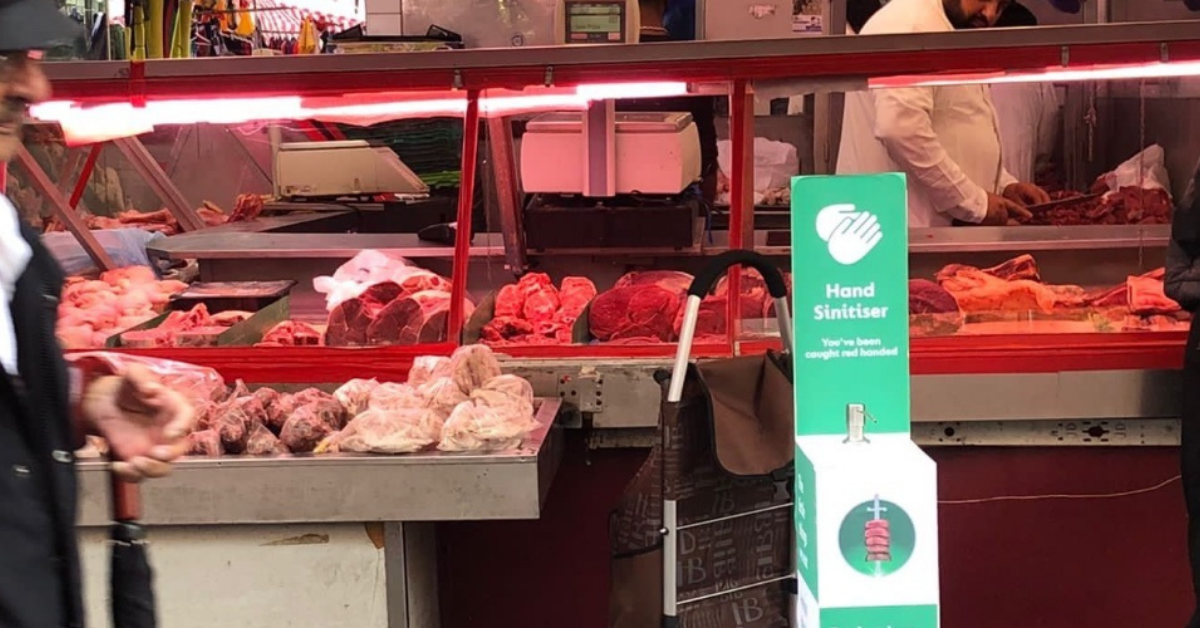 Vegan activism has become much more prevalent in recent years, with certain activists taking to the streets to try and convince others to ditch eating meat and become vegan also.

Two activists have recently taken their guerrilla protesting to a strange new level by hiding "Hand Sinitiser" dispensers outside establishments that sell meat, as a way to trick meat-eaters into covering their hands in fake blood.

Two recently converted vegans are behind the pranks and have been posting their victims on the Twitter page @handsinitiser. 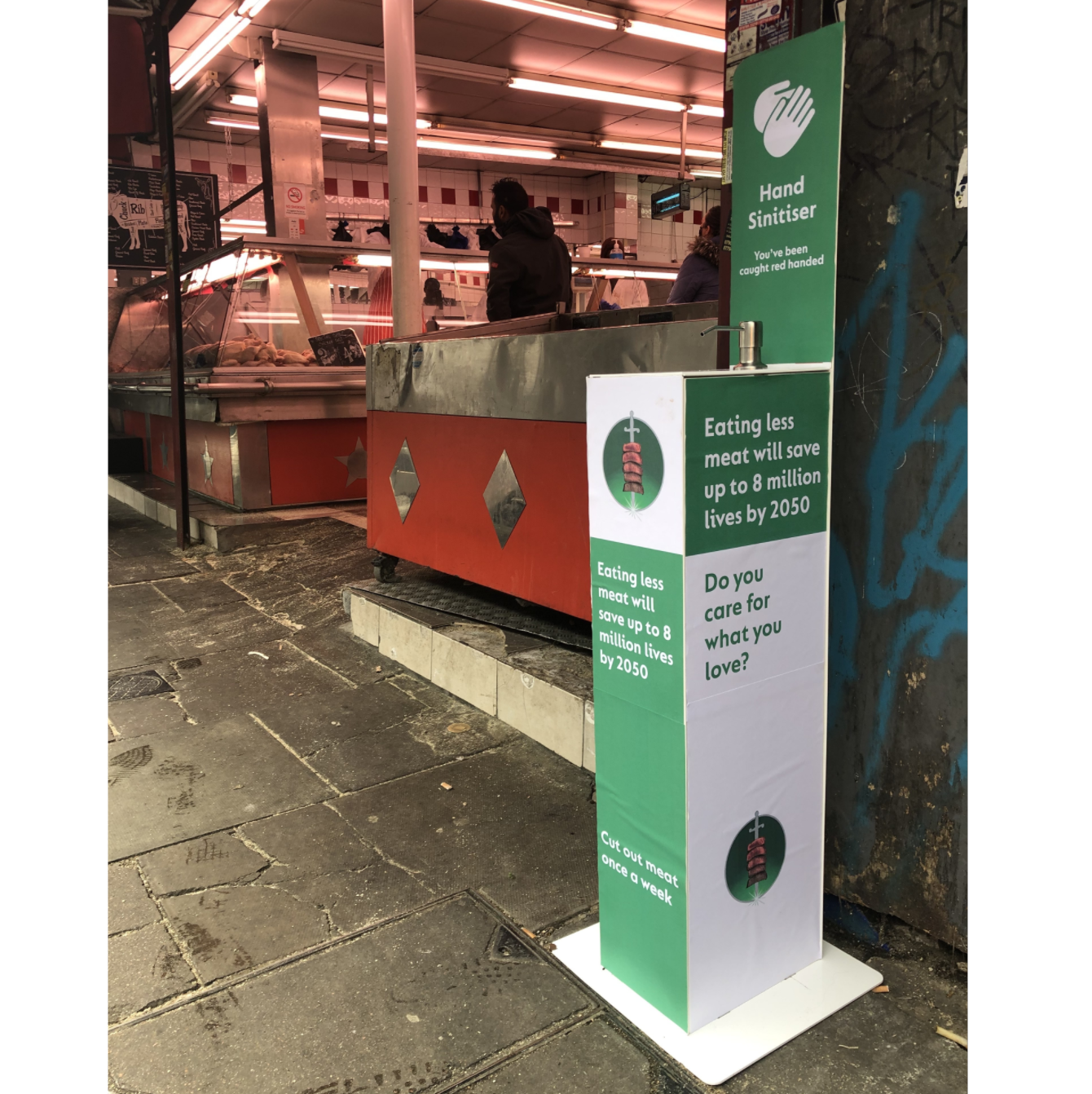 Gaby and Jane, the two behind the project, have left their dispensers outside places such as McDonald's, KFC, and butchers.

Once they have caught someone with their dispensers, the pair will normally talk to the person they have just "tricked."

According to one tweet, one individual who had used Gaby and Jane's dispenser told them, "I'll definitely think twice before reaching for a Big Mac," as a result of their trick.

The pair will also often record people using the stations to see what reactions they get.

"We thought that if the government aren't going to take the climate crisis seriously and the role that the consumption of meat plays in this, then we would have to get the general public to take notice," Gaby and Jane told Metro.

"We thought hand sanitising stations were perfect as it taps into a current every day behaviour and also doubles up as a metaphor to show that the responsibility of eating less meat is in everyone's individual hands," they continued.

The dispensers themselves are covered in phrases such as, "Do you care for what you love?" 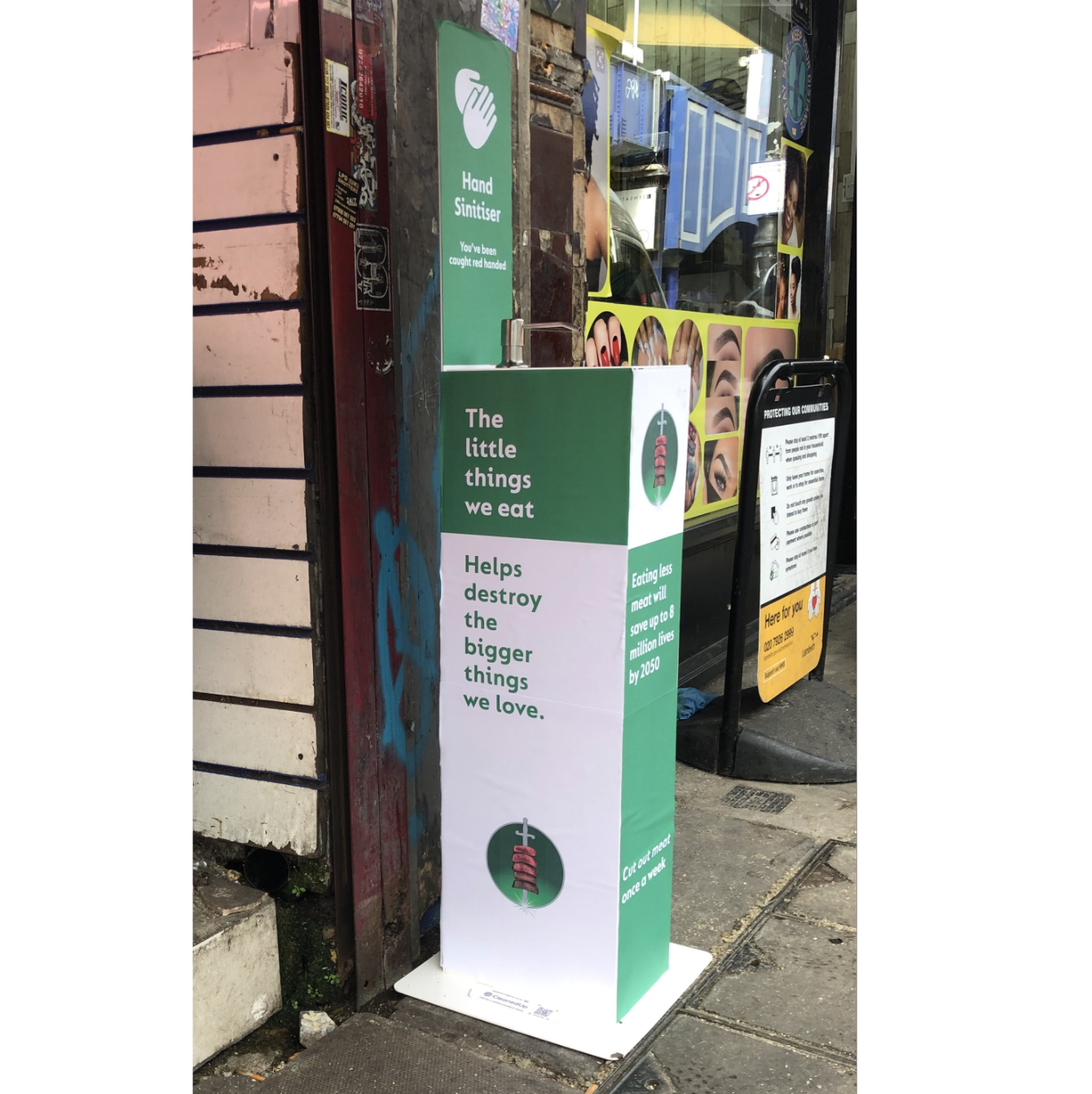 While other vegan activists have been amazed by the ingenuity of their protesting, other individuals have been less than impressed by the tactics.

"Start attacking bigger companies not the public," wrote one person on Twitter in response to the Hand Sinitiser station.

At present, the pair hope to even just get the public to cut out meat for one day a week.

According to Gaby and Jane, one woman who had fallen for their trick told them: "I can't say that I'll never eat meat again but knowing that eating less of it could save 8 million lives in the future has really made me think about cutting down."

With reactions like that, it doesn't seem as though the pair will be stopping any time soon.