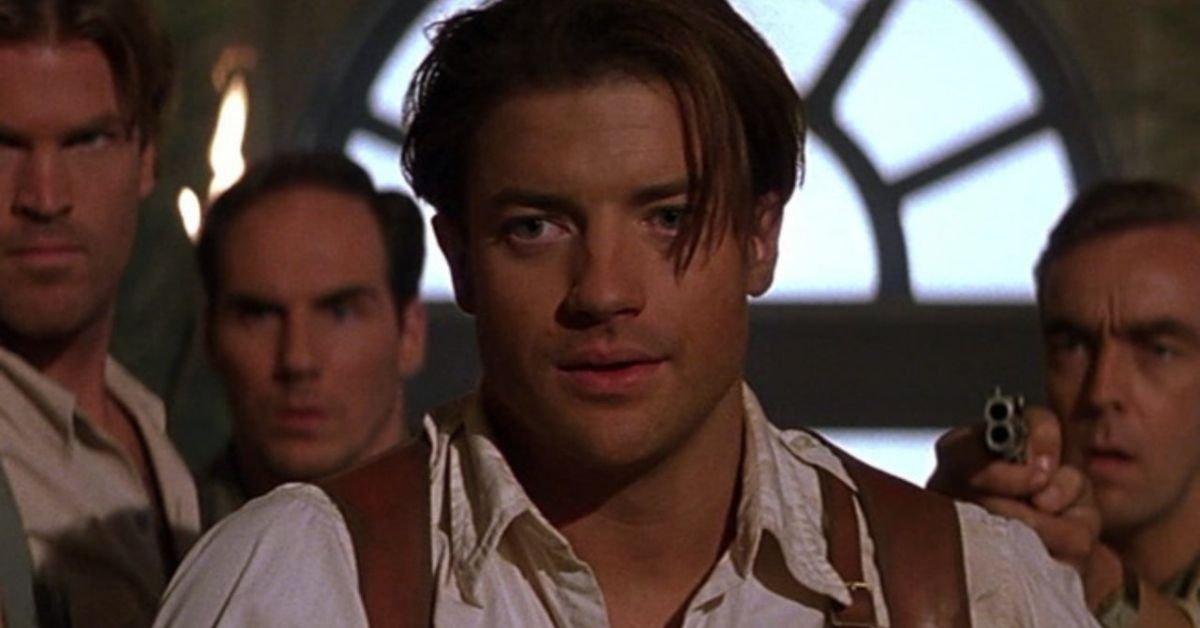 Throughout the '90s, there was one man whose star power and fame eclipsed all others — Brendan Fraser. But after a truly historic decade of blockbuster hits, Brendan began to fade.

Now, after more than a decade away, Brendan is slowly starting to crawl out from the woodwork. And thanks to his upcoming movie, it looks as if he's making the comeback we all hoped for!

Brendan Fraser first stormed onto the scene back in 1992. 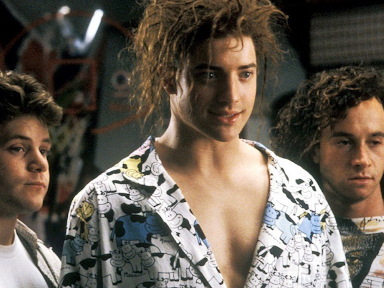 Even with the limited amount of dialogue, it was clear that Brendan was destined to be a star.

From there, Brendan appeared in one film after the next. 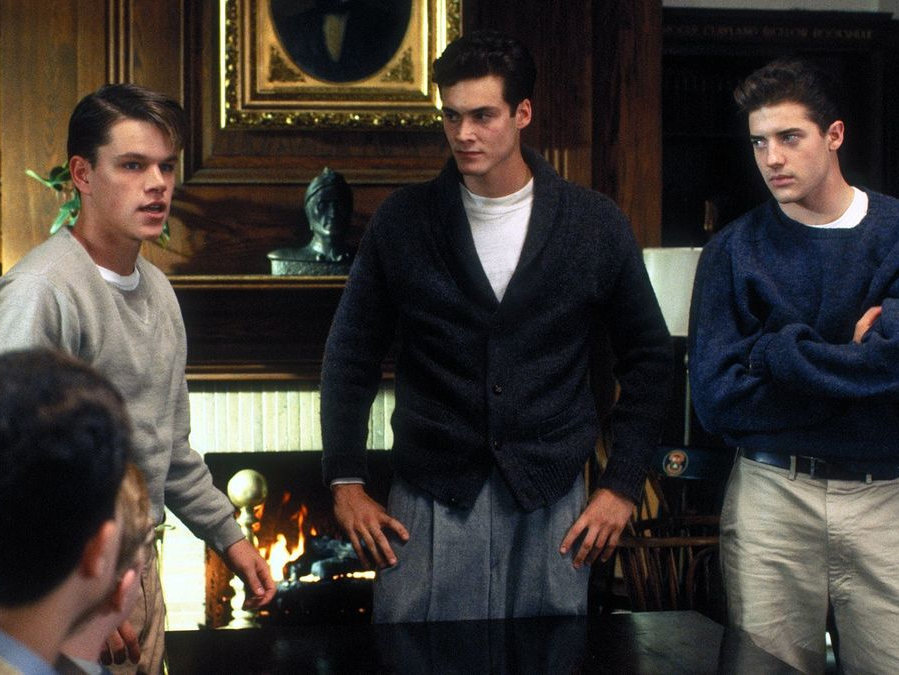 Few actors in the '90s were more hardworking than Brendan Frasier. From 1992-1999 Brendan had starring roles in 16 different movies. Many of which went on to become defining films of the decade.

Who could forget *Airheads*? 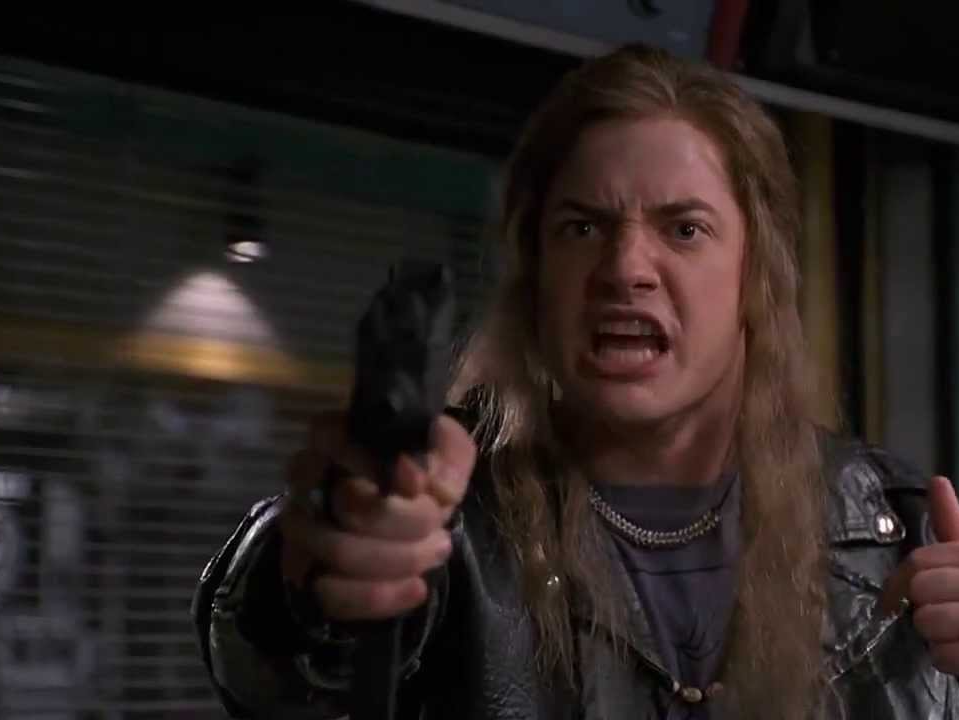 Fun fact — this was Adam Sandler's breakout role! Brendan absolutely steals the show as the dimwit headbanger, Chazz. Of all Brendan's monumental roles, this one is easily his most underrated. It's worth the watch, if you can find it.

Or what about *Blast From The Past*?

This is easily one of the sweetest, most endearing comedies of the '90s or any generation for that matter.

Do you remember that one?

The chemistry that Brendan and Alicia Silverstone share on screen is palpable — it's too bad we never got to see more of these two.

But without question, the majority of us will always associate Brendan with The Mummy.

Casting Brendan as Rick O'Connell was one of the greatest decisions that Hollywood has ever made. 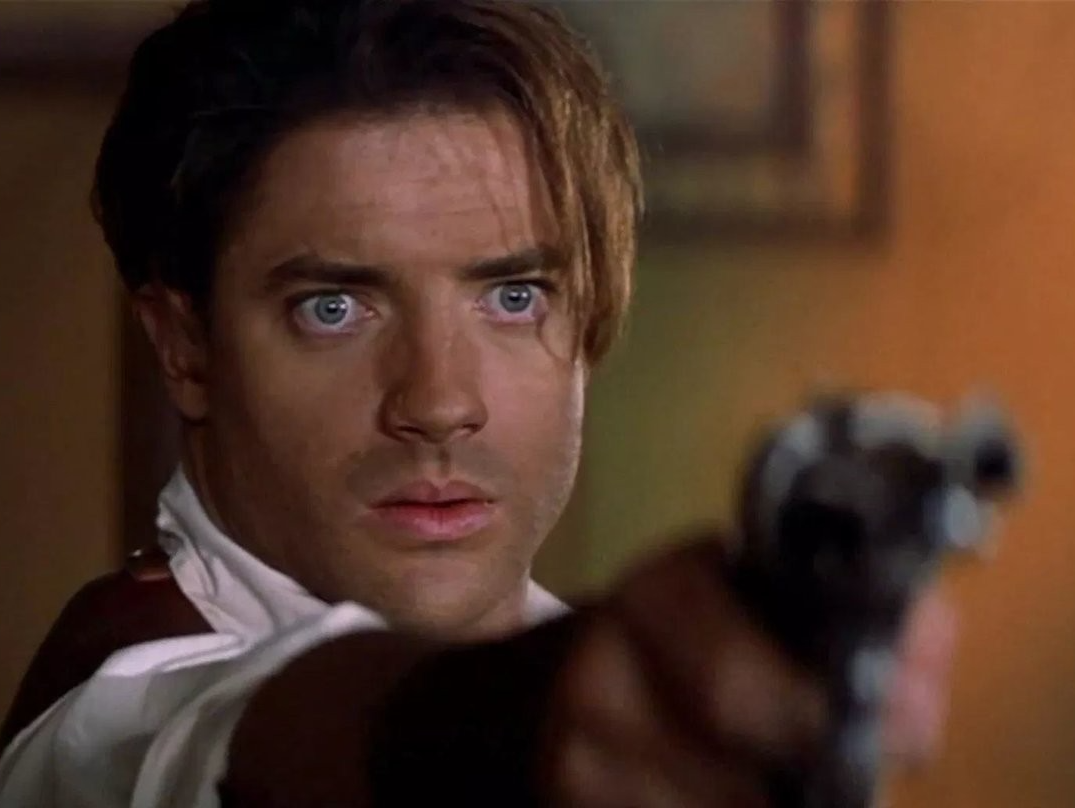 The Mummy was the movie that helped propel Brendan into the upper echelon of fame, cementing his status as a true action hero.

Then, at the turn of the millennium, Brendan was the victim of a sexual assault.

Brendan told Variety that he was victimized by the now ex-president of the Hollywood Foreign Press Association. The former movie star believes that this was a contributing factor in the derailment of his career.

If you look at the facts, Brendan's accusation holds sway. 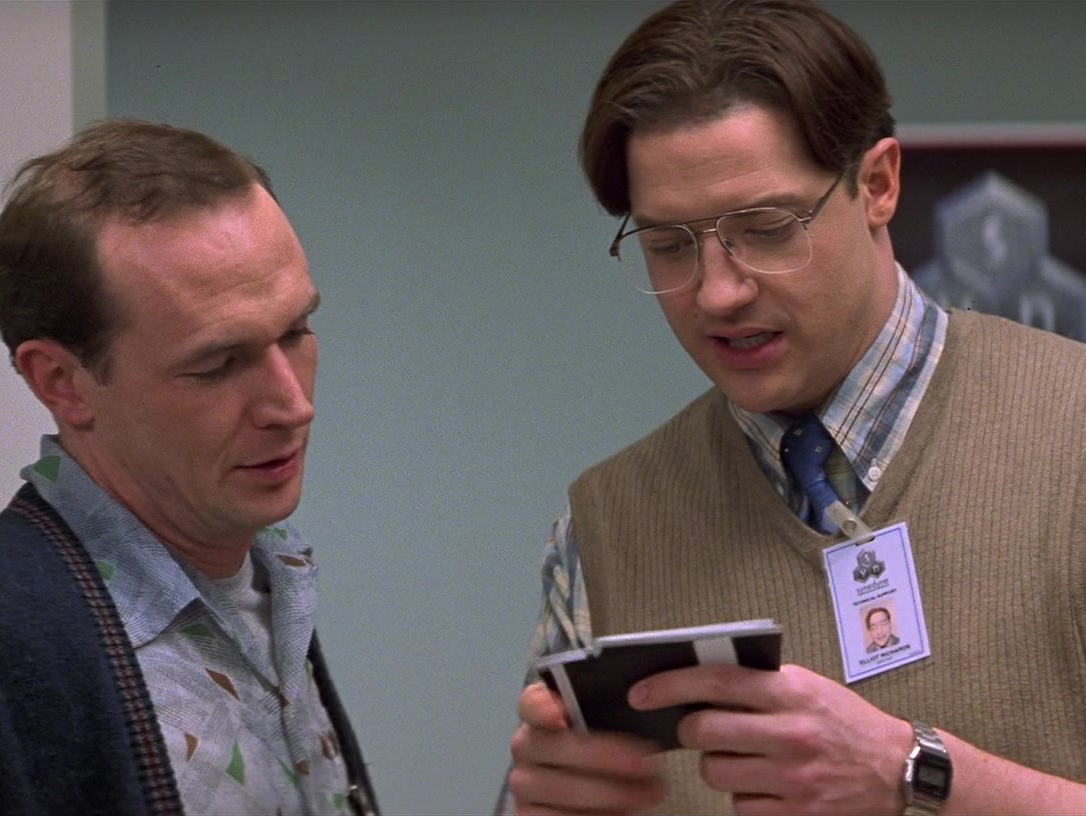 Looking at Brendan's IMDb page, there's a significant decline starting just after 2003. "The phone does stop ringing in your career, and you start asking yourself why," Brendan explained to Variety.

"There’s many reasons, but was this one of them? I think it was.”

But just because the phone stopped ringing didn't mean that fans were finished with Brendan.

Over the past decade, Brendan has randomly begun trending on Twitter for absolutely no reason at all.

It is literally just because people love him that much.

And honestly, that's the only reason worth trending.

This sparked a revival in his popularity that eventually helped him land his comeback role on DC's *Doom Patrol*.

Everyone loves to talk about The Boys and Loki, but for my money Doom Patrol is easily the best superhero show on TV. And it's all thanks to Brendan Frasier. His incredible voicework as Cliffe Steele is Emmy-worthy.

Now, it seems as if Brendan is once again turning his sights to the big screen. 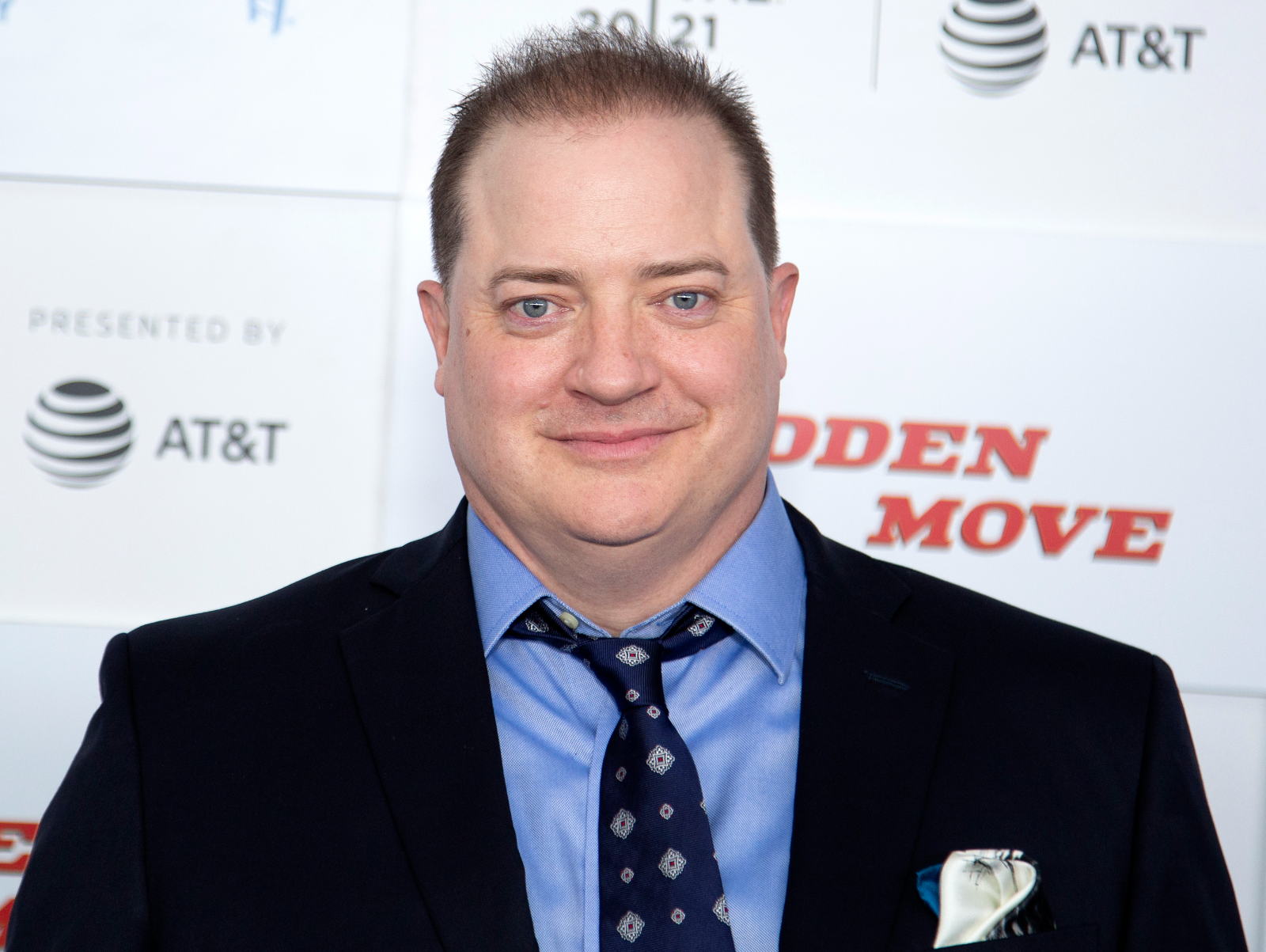 You may have noticed Brendan Frasier's cameo appearance as Doug Jones in No Sudden Moves. If you haven't seen the film yet, it's now available to stream on Amazon Prime Video.

But that's not all. It's also been confirmed that Brendan has landed roles in three major upcoming films.

So far, the reactions have all been overwhelmingly positive to the news.

Fans everyone can't wait to wish Brendan Frasier good fortune and good luck. It's clear to see just how profound an impact he made on an entire generation of moviegoers.

Others feel that the news of Brendan's casting eclipses Martin Scorsese himself!

Have you ever wondered to yourself the difference between a legend and an icon? It's this tweet — right here. I love Marty Scorsese as much as anyone, but he'll never be Dudley Do-Right.

Some have even gone so far as to suggest that a sequel for *The Mummy* could be in the works!

We cannot allow Tom Cruise to have the final word on The Mummy. I for one would be all for Brendan getting back in the saddle just one more time.

So from the bottom of our hearts — welcome back Brendan Frasier!

It's been too long, never leave us again! Your charming smile and piercing eyes are the light that guides our world.

Now, we want to hear from you.

Are you excited about Brendan Fraser's new movie?

Let us know down below in the comment section! We would definitely love to hear your thoughts.