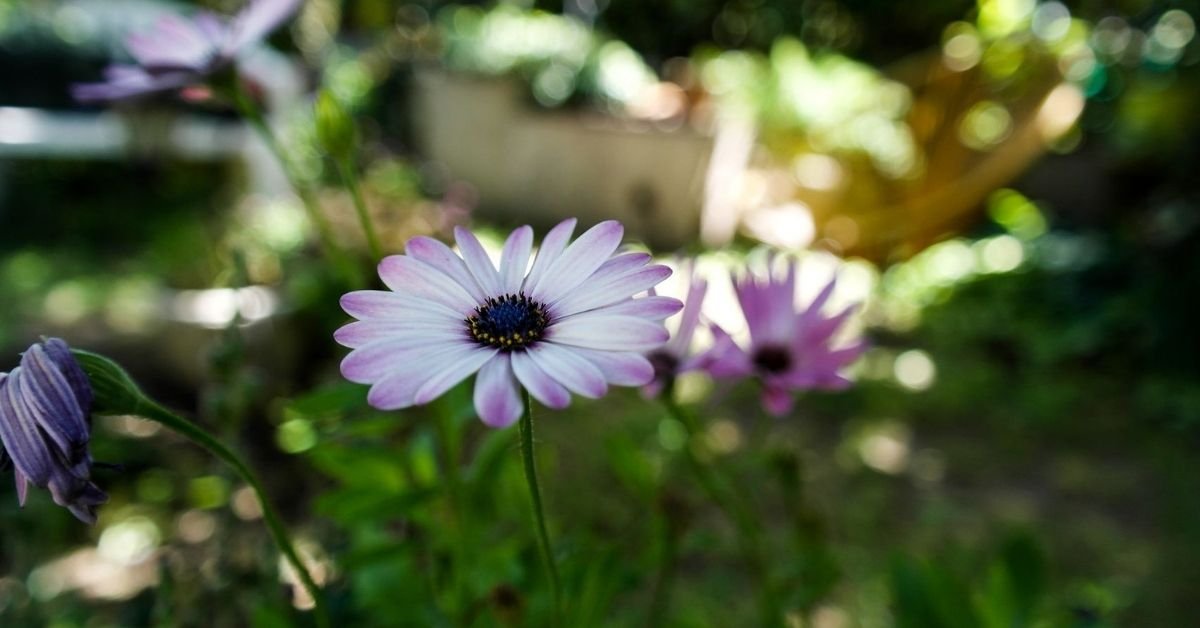 Our society sometimes has a hard time accepting that men and women are equals — especially when it comes to physical labor. For some reason, women are still largely regarded as the fairer sex and thought of as weaker than their male counterparts.

This sexist ideology has kept women at arm's length from skilled labor jobs for decades. But all of that is beginning to change after a woman roasted a landscaping company for presuming she was too weak to work.

It all started when a young woman named Charlotte sent in her resume to a local landscaping company. 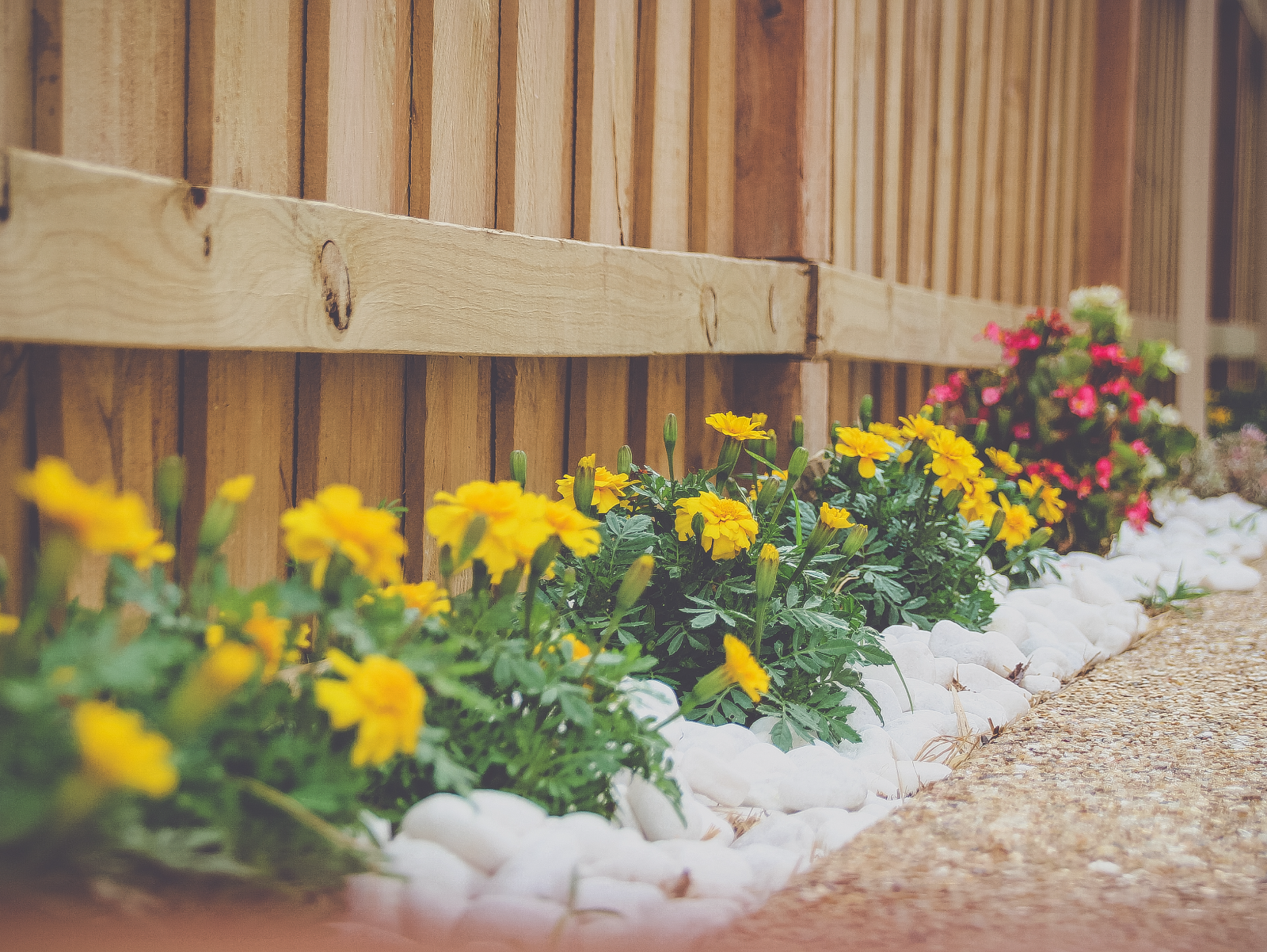 After a few days, she received a reply back from a man named Mark; presumably the hiring manager. Mark was quick to thank Charlotte for her interest in the position and confirmed the job was still available.

"However, unless you are a bodybuilder I fear that you will not be able to handle the workload," Mark explained via e-mail. He reasoned that theirs was a "hard landscaping company" and that the work would be too physical.

Mark did say that if Charlotte still felt she was up to the task, that she could contact him for more information. 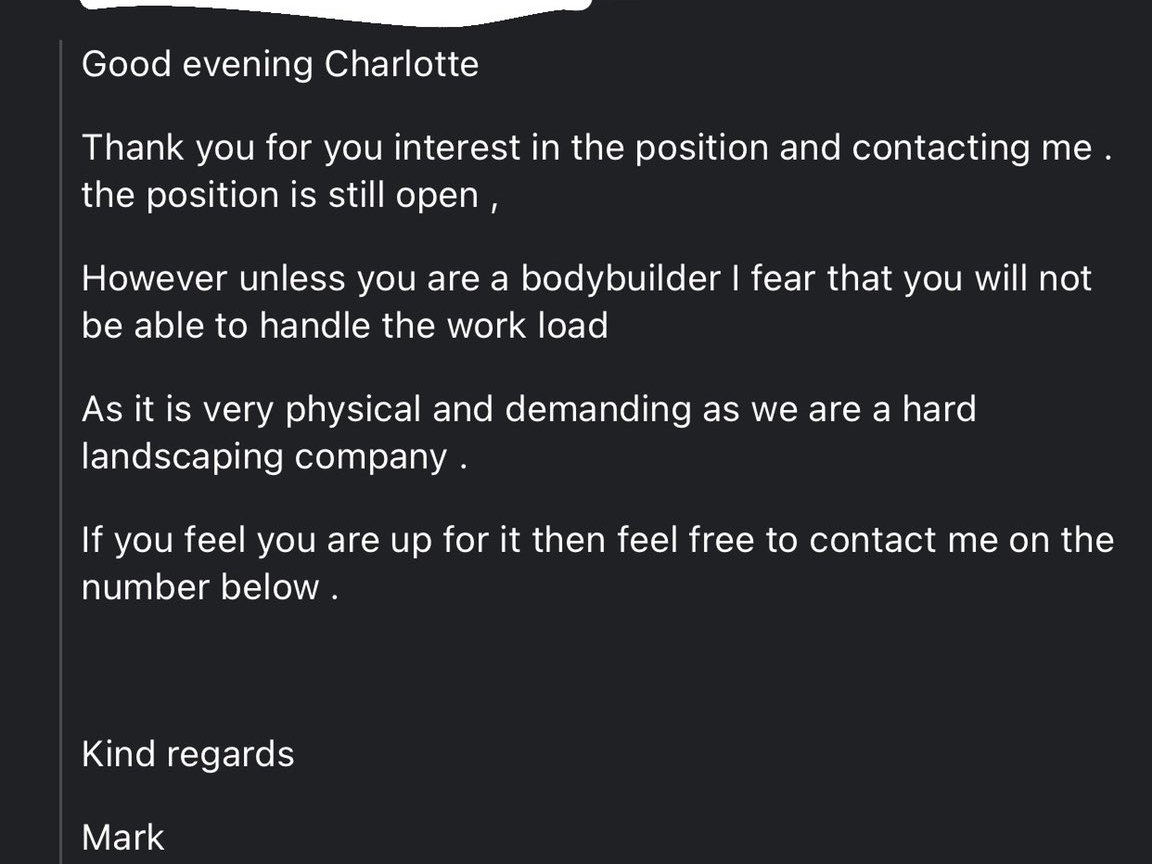 Which is precisely what Charlotte did. She began the e-mail by addressing the manager in question as "Muscle Mark," since he was clearly of superior physical stature.

"Funnily enough, I probably have just as much experience bodybuilding as you do," Charlotte said sarcastically. "Which I'm guessing is none." She then began relaying all of the relevant experience she did possess.

"What I do have is years of experience landscaping and also building retaining walls in 40 degree heat as I did this for many years while I lived in Australia," Charlotte wrote back. 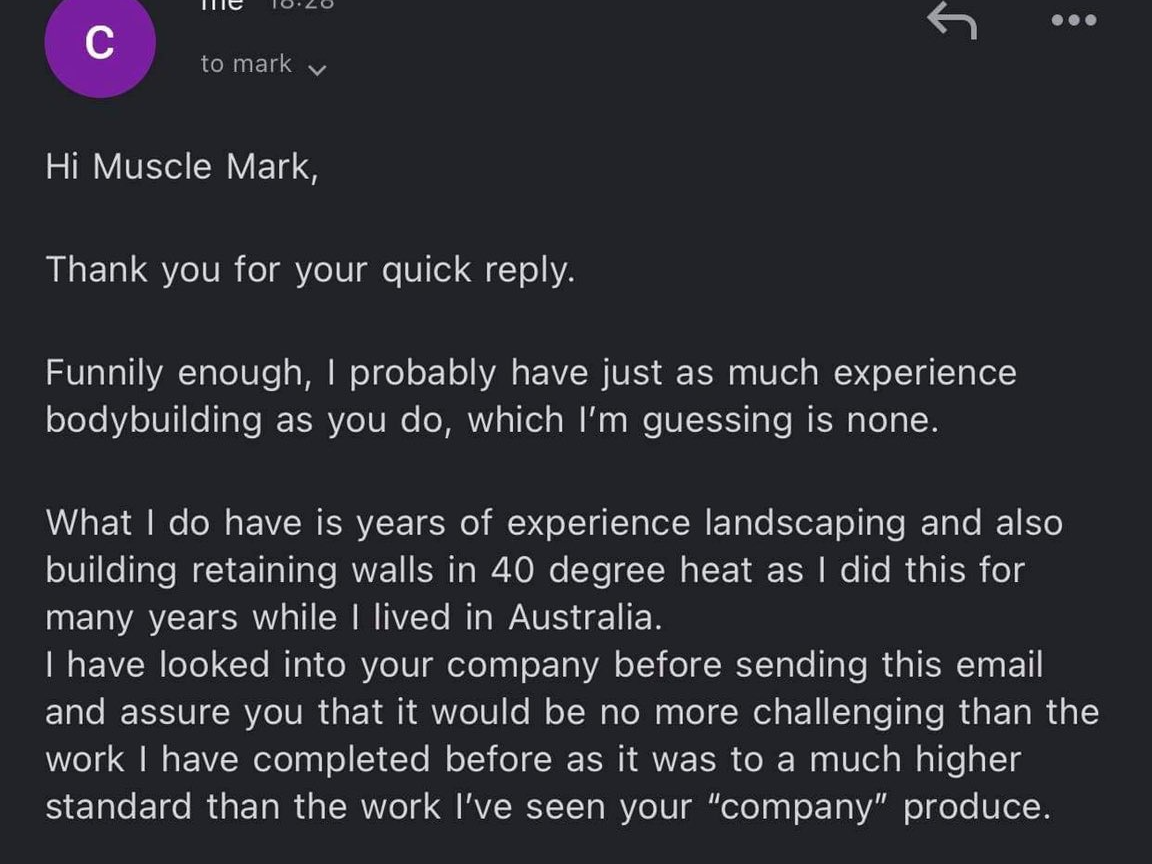 From there, Charlotte then proceeded to twist the metaphorical knife she'd just sunk into "Muscle Mark's" sexist male ego. She assured him that she'd looked into his company before sending the e-mail and that the quality of work she was previously held to was much higher.

Charlotte concluded that the "challenge" Mark was so worried about was a nonfactor — since she was actually a better worker than even he claimed to be.

There was something, however, that Charlotte did find to be especially challenging.

"What I do find challenging is working with small minded[sic] individuals such as yourself," Charlotte said sharply. She then went on to assert how she would more than likely be able to benchpress "Muscle Mark" just five minutes after being awoken from a three-year coma.

Charlotte concluded by expressing that she was most assuredly no longer interested in the position and that she wished Mark all the best at his next bodybuilding convention.

Charlotte's brother Dan (Twitter handle @dzzzny) was the one who originally tweeted out her response to the sexist letter.

While speaking with Bored Panda about the letter, Dan said, “Me and my sister sat reading it and we found it funny because we just thought surely that’s a joke, but then when we thought about it we found it annoying that it was actually a genuine response,” he recalled.

Dan went on to say that Charlotte had originally typed out a much more formal response, but decided to satirize it a bit after "Muscle Mark's" sexist reply.

When Dan was asked to describe his sister, he said that Charlotte is "a very funny, independent, and strong character." 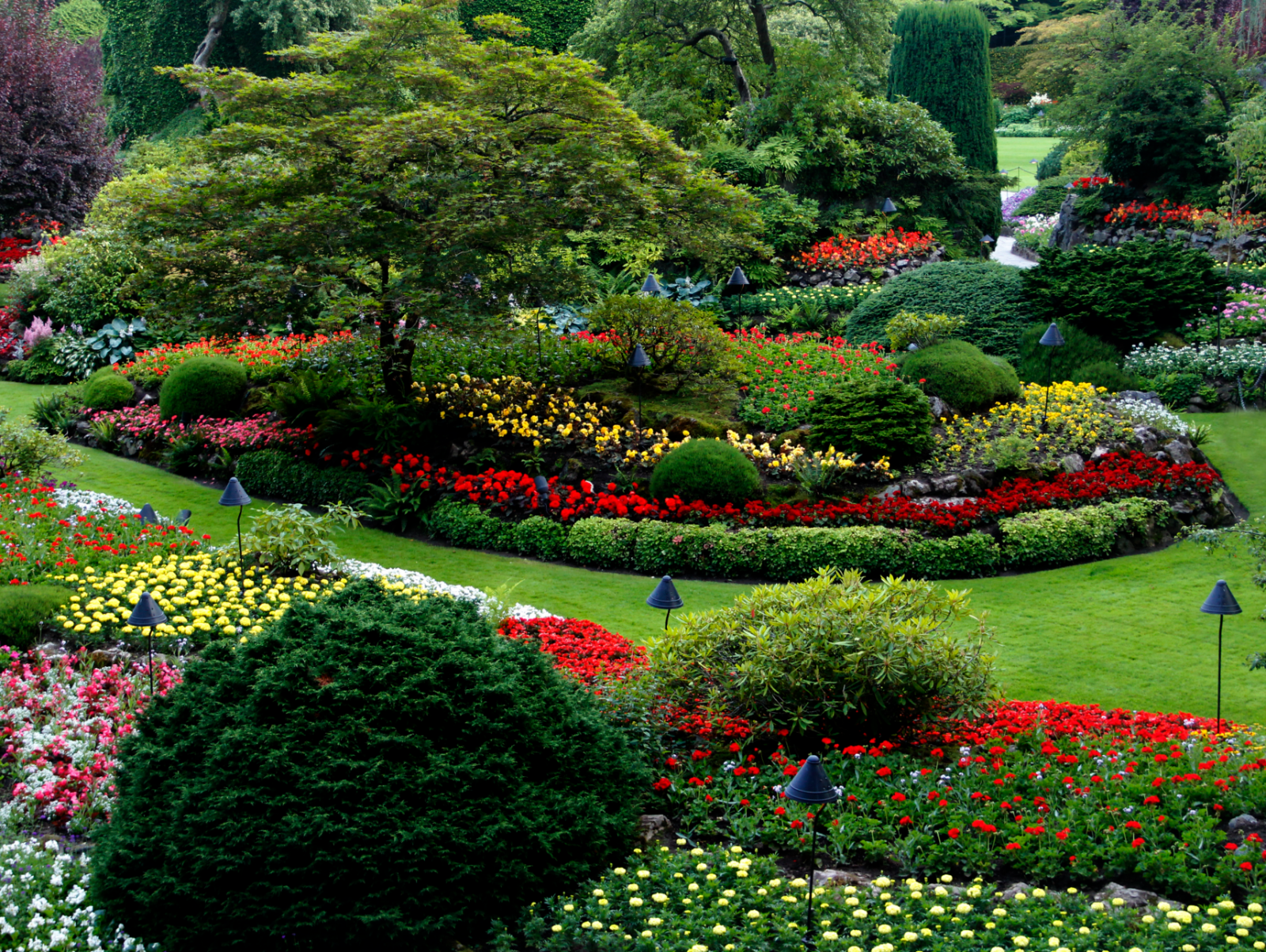 Dan told Bored Panda that from the time Charlotte returned from Australia, she had been working as a mechanic. And that even before then, Charlotte had always worked labor jobs in one form or another.

The ironic part about "Muscle Mark's" reply, according to Dan, is that had he given Charlotte the time of day — she likely would have turned out to be one of his best workers.

Since Dan posted the images of "Muscle Mark" and Charlotte's conversation — the internet has erupted.

Twitter user @picapica1973 said, "Ignoring the blatant sexism, someone should point out to the bloke that bodybuilders aren’t necessarily that strong and asking for previous experience of heavy work would be much more useful, as the woman in question clearly has." While others seemed to side with "Muscle Mark" and even accused Charlotte of bratty behavior.

What do you think? Was Charlotte right for defending herself from blatantly sexist behavior or did she take things too far? Leave a comment and let us know!