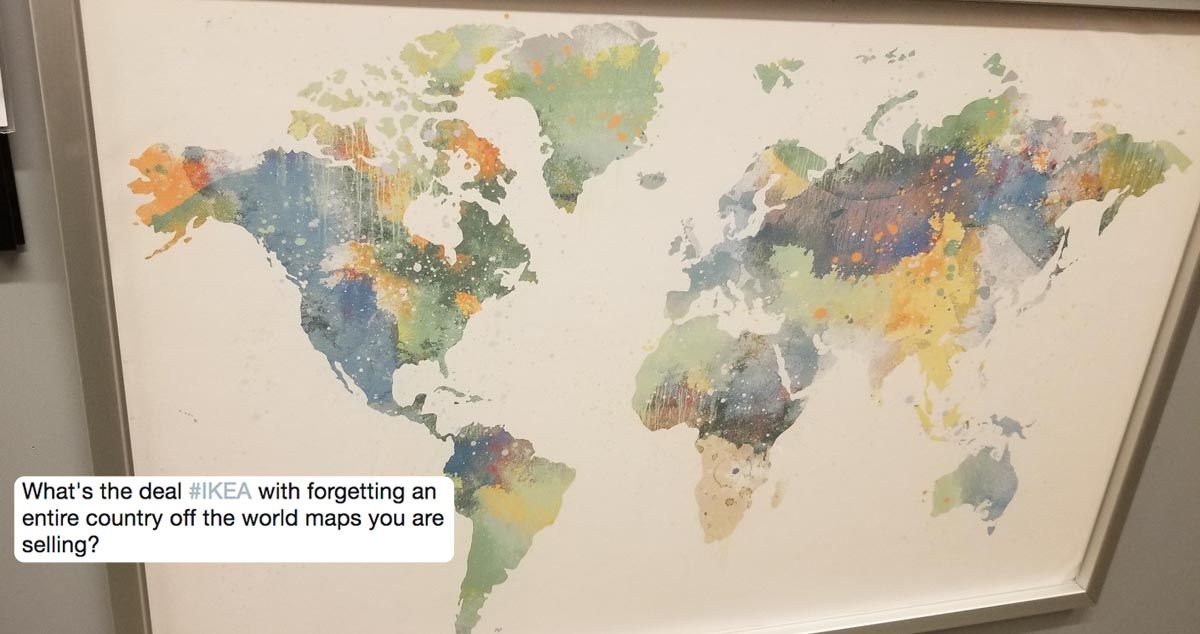 Kiwis are discovering that the furniture giant is selling maps that don't include their country. 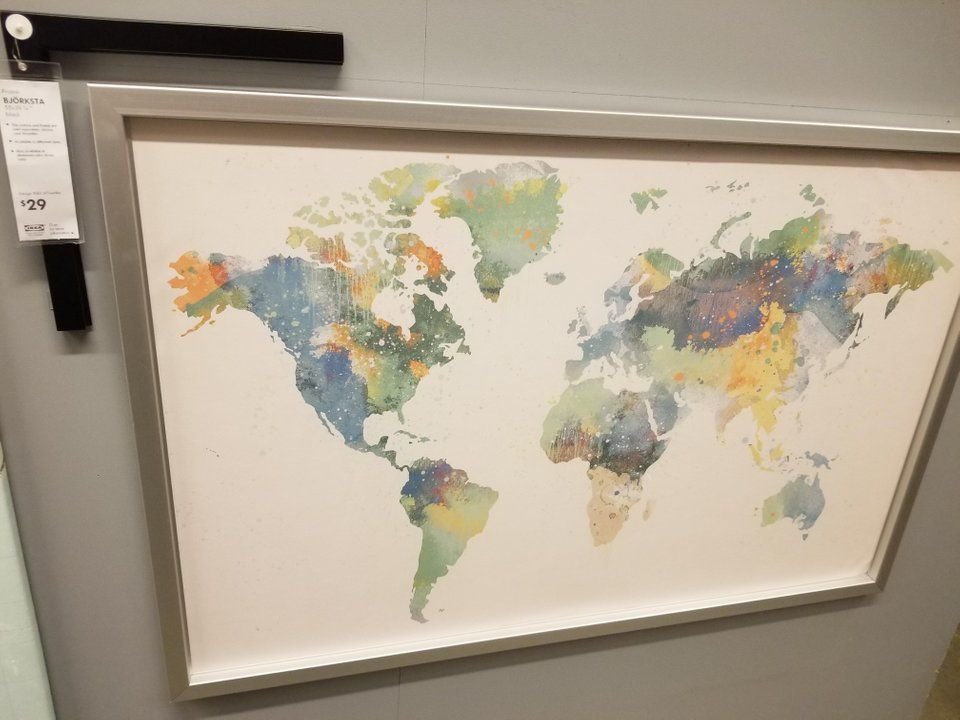 An IKEA customer in Washington, D.C. noticed a glaring omission from the company's $30 map. Can you spot it?

Alright, we'll just tell you: New Zealand is left off. It's supposed to be down there off the southeast shore of Australia.

Having Fun With It

Most people seem to be taking the omission and stride and having a good laugh about it. Probably because they're used to it. New Zealand comically put together this video about the matter.

Rhys Darby stars -- which is fitting given his performance as Murray on Flight Of The Conchords. In the show he always worried about getting New Zealand's name out there, and it seems to have continued.

New Zealand's Prime Minister shows up, Peter Jackson is in there somewhere, and New Zealand gets the recognition it's due.

Get A Replacement Gift

IKEA might've taken this off the shelf -- for good reason -- but you still have options if you wanted a similar gift this Valentine's Day.

Check out the scratch-off map and other globe-trotting items available in our V-Day gift guides...

IKEA Has Done This Before 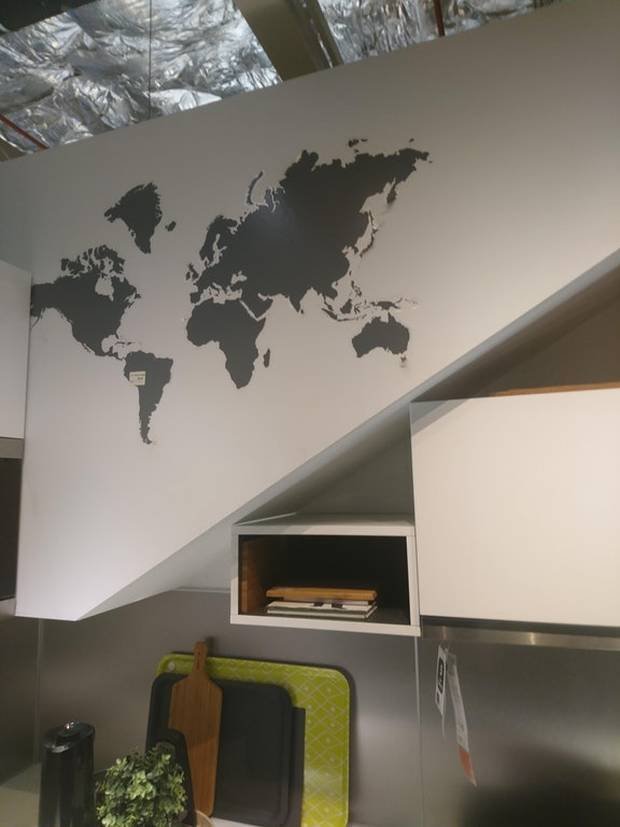 This isn't even the first time IKEA has left New Zealand of one of its map products. This shot was taken from a different Ikea store and posted to Reddit.

One Redditor asked Kiwis how they feel about this:

Bemused. When we are missing from maps so often that putting us back on makes international news headlines- there's not a lot else I can say besides 'Welcome to our world. I've got cold ones in the fridge, if you want one.'

Another said that they're used to it by now:

This is nothing new though. I have a small game I play in movies or tv shows, when ever a world map appears I'm automatically looking for NZ. Normally it's no where to be seen. But every now and then you a little blob to the right of Australia. 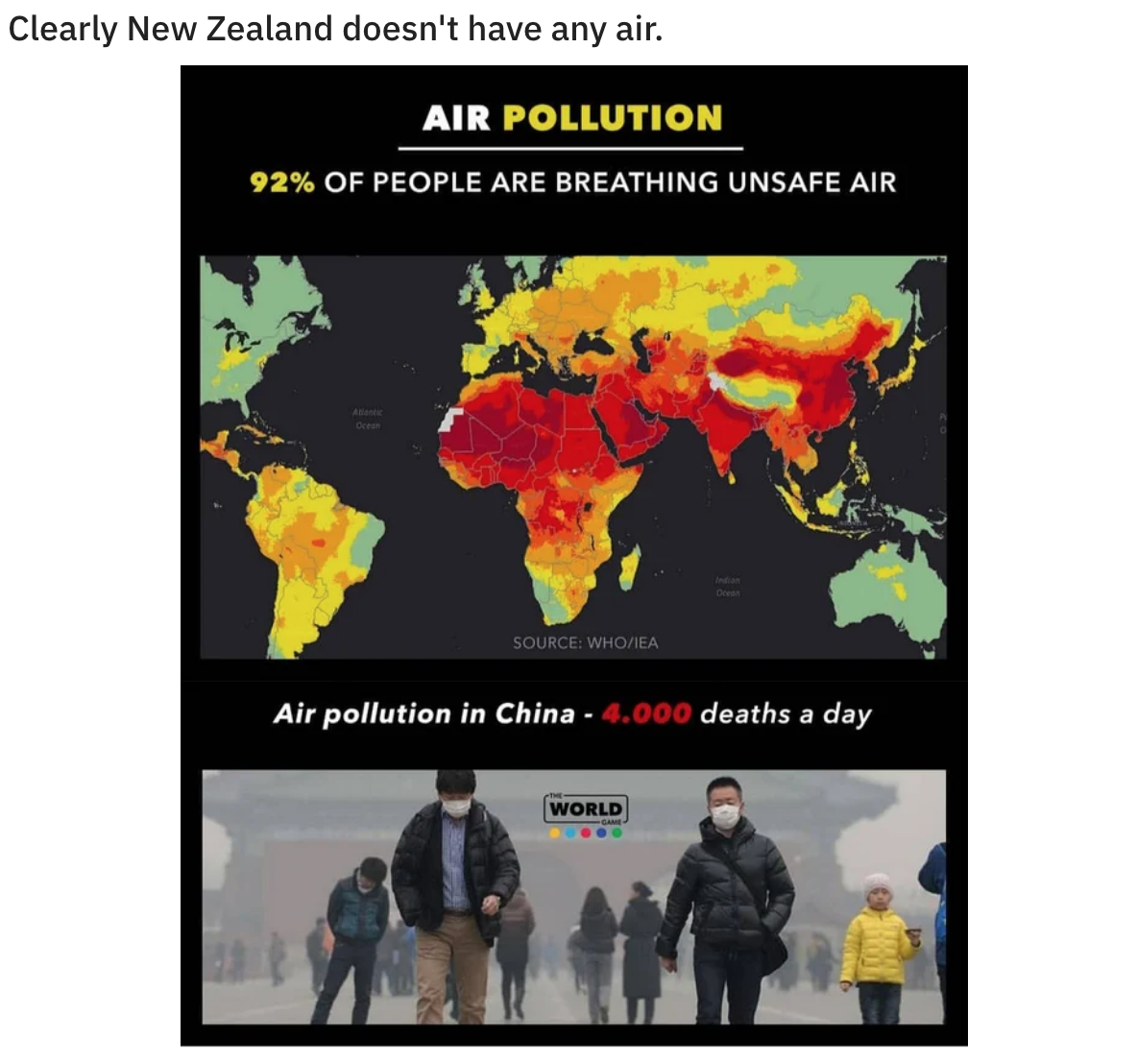 It happens so often that there is an entire subreddit dedicated to this phenomenon called r/MapsWithoutNZ. 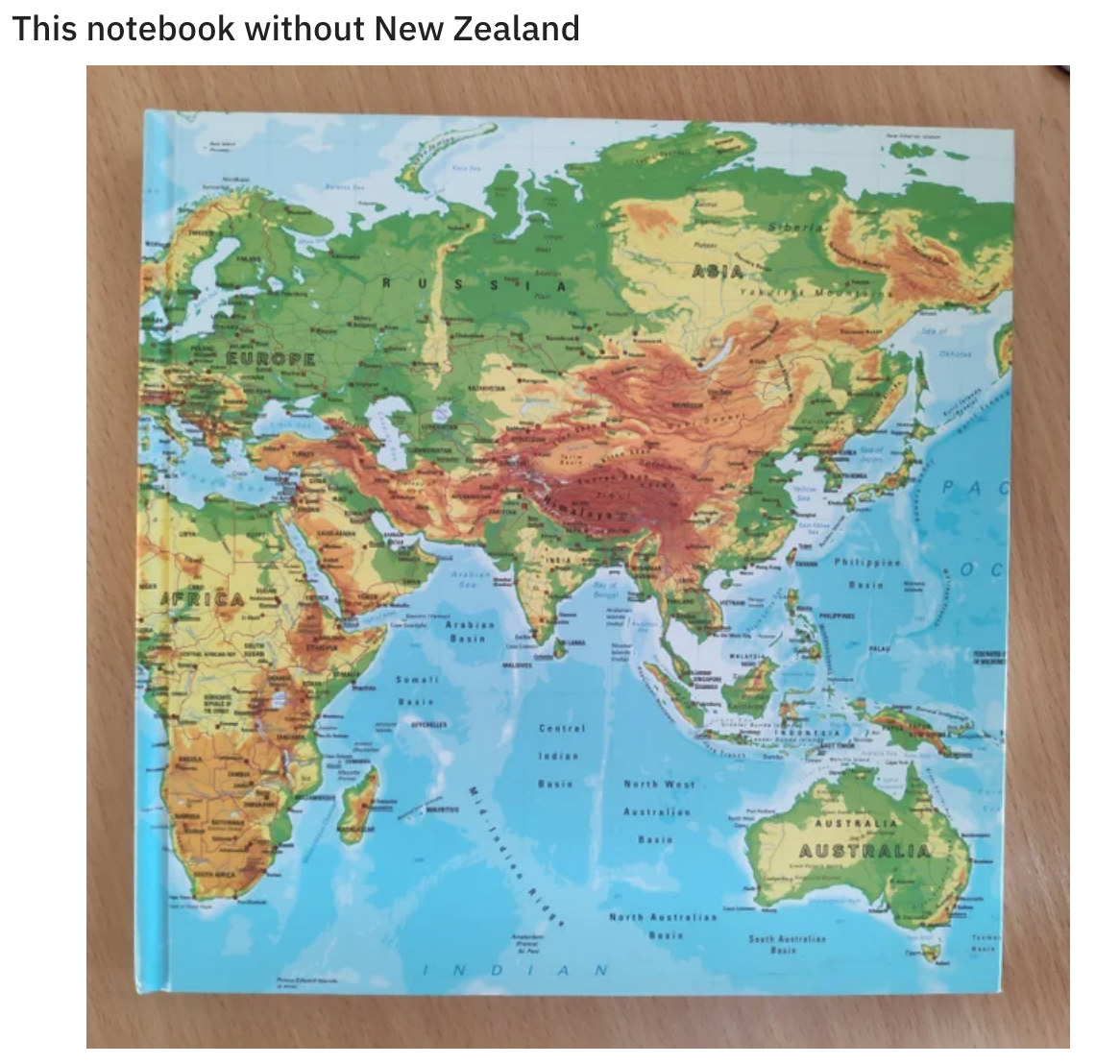 This user posted a notebook that has a map as its cover but forgot to include New Zealand. 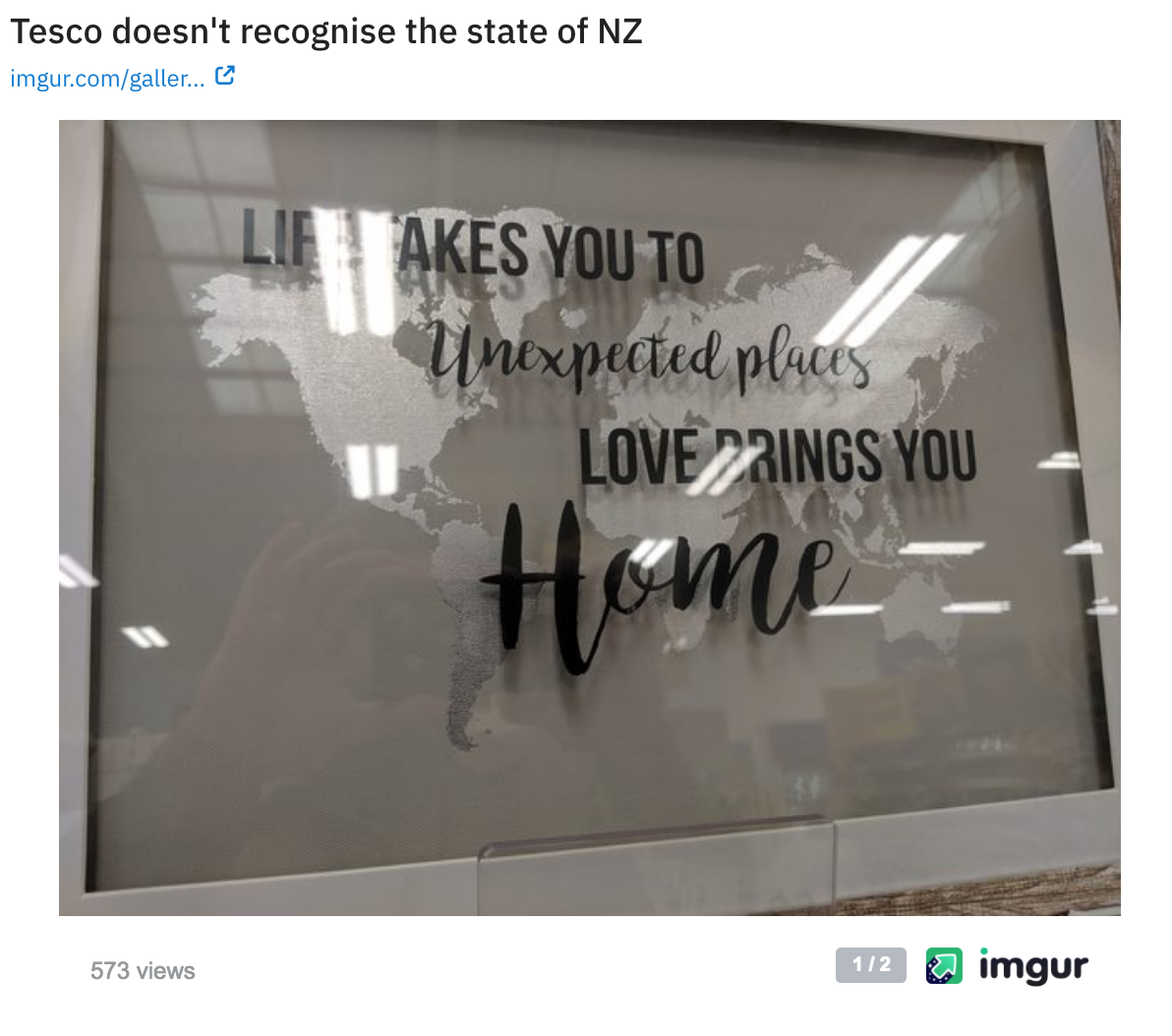 This map comes from Tesco, which is kind of like a British Costco or Sam's Club.

Word finally seemed to make it back to the fat cats at IKEA, leaving entire nations off maps like they are GOD or something. BBC News carried the statement:

"Ikea is responsible for securing correct and compliant motifs on all our products. We can see that the process has failed regarding the product BJÖRKSTA world map - we regret this mistake and apologise. We will take the necessary actions and the product is now being phased out from our stores."

Not Everybody Was Bothered

If it wasn't clear, some parts of the world don't care much -- playfully! -- for New Zealand. Australia will never skip a moment to dunk on New Zealand.

New Zealand Seems In On The Joke 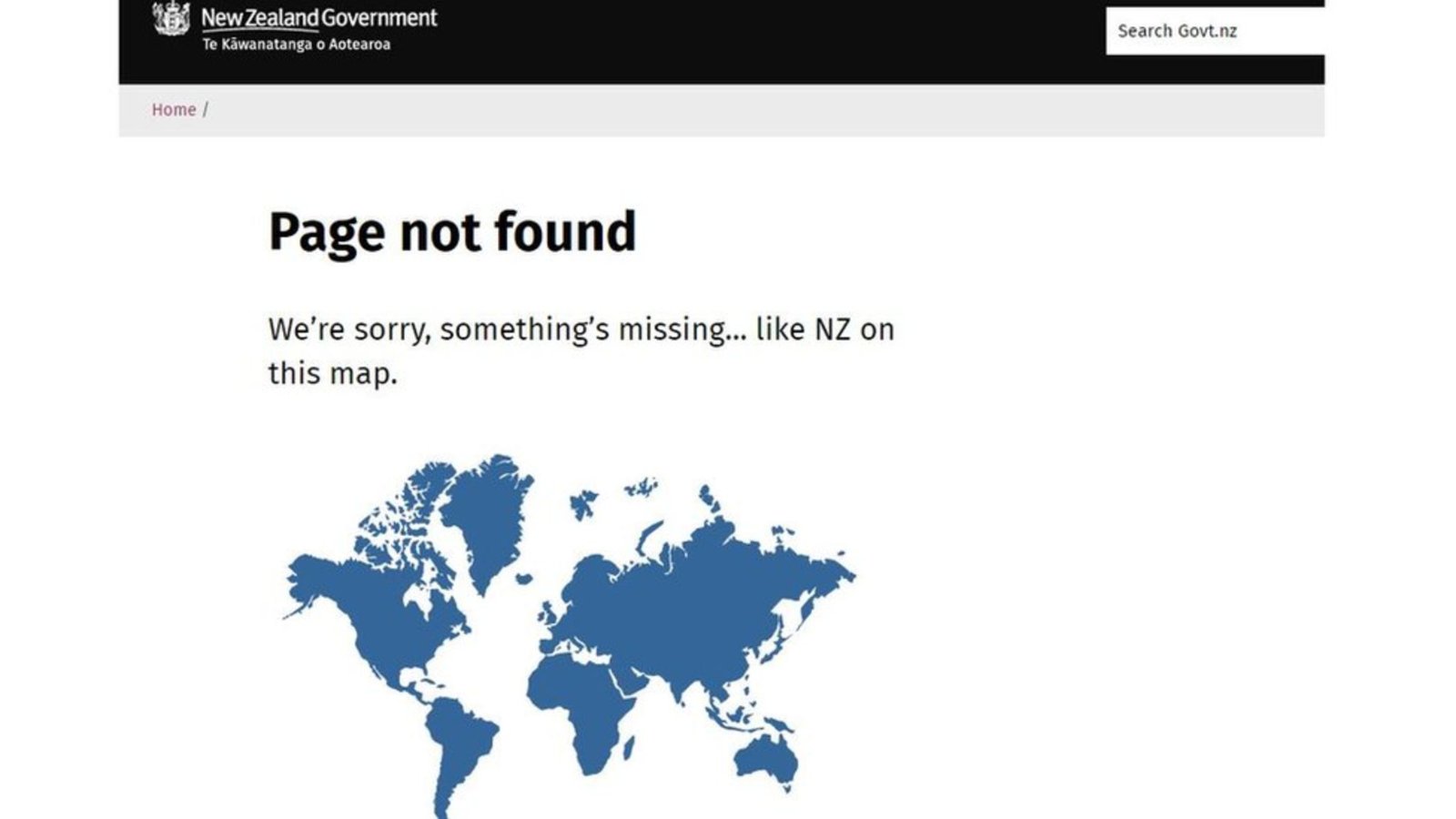 But it's really hard to feel horrible and get outraged when the country itself is in on the joke and tries to reverse the issue in a fun way.

Memes are always a good way to tackle an issue or tell a quick story. That's how and why Twitter still exists. It might be a pit of blackness, but it does provide some nice moments. Moments that were probably stolen from Reddit or stolen by Reddit? Who knows.

Will They Release Another?

But yeah, in the end, we need to know where this will end. IKEA is recalling the maps, but will they put them back out?