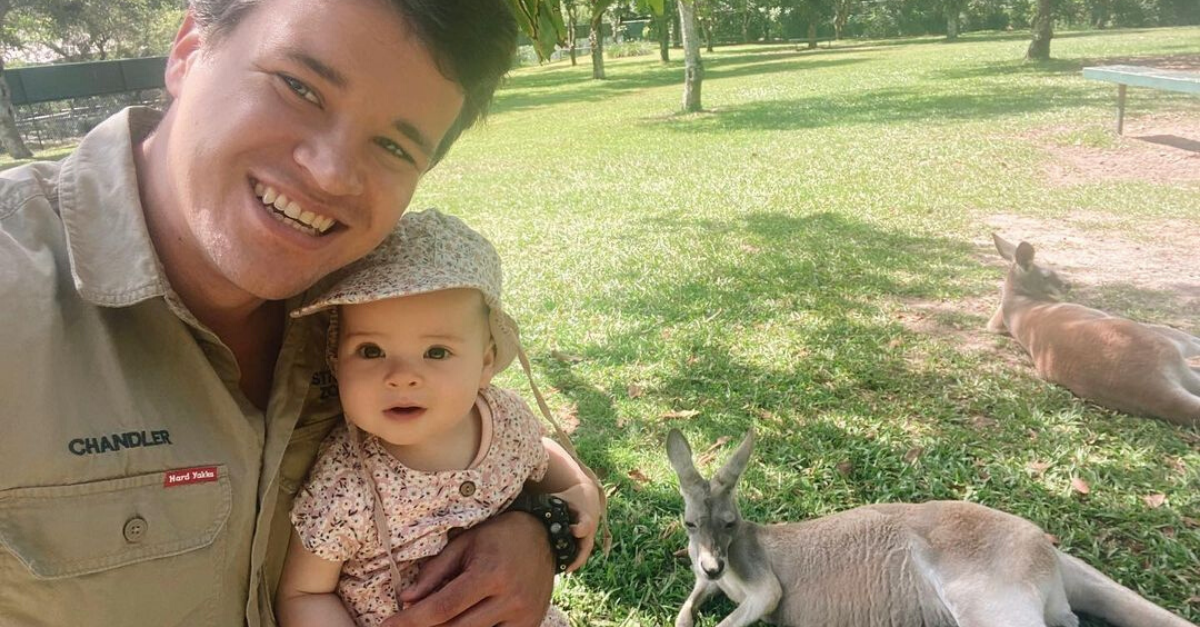 In recent years, there's been a lot of love across the internet for the Irwin family.

Part of that speaks to just how monumental Steve Irwin's impact on wildlife conservation and our enthusiasm for the world's creatures was in life, but the fact that his widow and children remain committed to carrying on his legacy likely helps a lot.

It also doesn't hurt that Robert Irwin bears quite the resemblance to his father while he's engaging in similar activities.

But this year, it's all been about the newest member of the family, Grace Warrior Irwin Powell. While she — like most babies — often seems to be the center of attention at home, she's also had adoring fans that we can probably count in the millions since the day she was born.

And the public's love for her seems to deepen the more that her parents keep introducing her to Australia's most adorable animals.

In the months since baby Grace first arrived, it's been made abundantly clear that her parents have some high hopes for her.

Specifically, they're confident that she'll develop the same passion for helping wildlife through the family's famous Australia Zoo as the rest of them.

After all, she'll grow up immersed in the same environment that both Robert and her mother Bindi were.

As Bindi said, "I know in my heart that she will forge her own path to make our planet a better place through her connections with the gorgeous animals that we protect here at Australia Zoo and the conservation work we do with animal species around the globe."

And that's likely why her parents have spent much of the last year introducing her to the zoo's various animals.

But while she's shared some adorable photos with koalas and tortoises, her dad Chandler Powell's snapshots from Instagram give us the impression that she's particularly fond of kangaroos.

And in a December 19 photos captioned, "Red roo mornings with my buddy," he captures perhaps the most heartwarming scene yet with his curious little girl.

And based on a similar photo from November 18 that saw her meet the critters, Powell seems to suspect that the kangaroos are her favorite as well.

As he wrote at the time, "I think Grace has decided that she’s part of the kangaroo mob."

Even though this likely won't be until many years from now, I guess we shouldn't be surprised when the day comes that she poses alongside crocodiles just like grandpa.