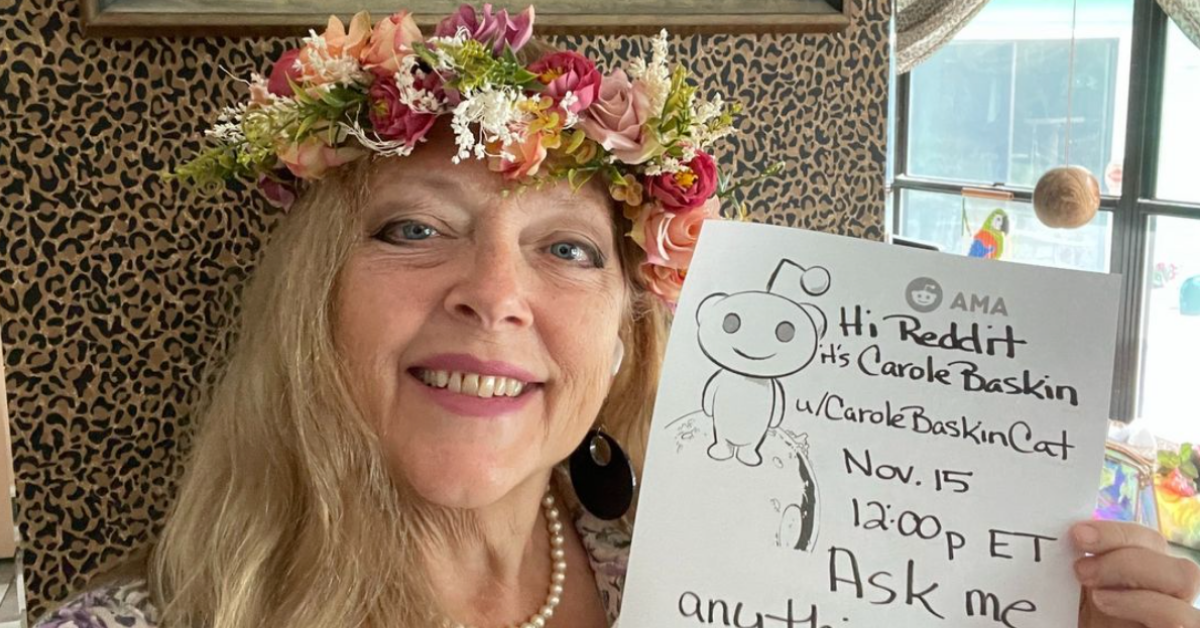 Carole Baskin Tells Fans 'Ask Me Anything,' But Most People Only Have One Question

With Tiger King 2 having now hit the small screen, there has been a lot of people discussing the absence of Carole Baskin in the hit show's second series.

However, in anticipation of the launch of her own TV show on Discovery Plus, Carole Baskin set up an "Ask Me Anything" where she answered all questions put to her by fans...but they had one pretty big one ready to go.

Though the window to ask Carole Baskin any question you may have has closed, we can still guide you through what was discussed.

In a post on Instagram which let her fans know that she would be answering any and all questions, she wrote: "Ask me anything. Yup, even that!"

One person on Reddit, the site which hosted the AMA, wasted no time in asking, "What do you think happened to your missing husband?"

Baskin did not shy away from responding almost immediately.

In response, Baskin wrote: "Don loved to fly and was looking to buy ultralights and experimental planes. I believe Don crashed a small experimental plane or ultralight into the Gulf for a number of reasons. He wasn't licensed to fly, yet did all the time.

"He couldn't file a flight plan and had to take off from closed airports to evade detection. He had to fly under 200 feet to stay off the radar which means he would typically fly out over the Gulf because the air is smoother there, whereas over land there are up and down drafts that will crash you at the height.

"Since phone records indicated he was planning to go to Texas, and his van was found at a small private airstrip and we have never found Don or wreckage, I think this was the most likely scenario."

However, people also wanted to know about how she felt about her portrayal on Tiger King series 1.

Baskin was clear to use the format as a way to not shy away from obvious questions while also trying to clear her name in the public's eye. So, when one individual asked, "What's the best and worst things that have happened to you as a result of Tiger King?" Baskin replied:

"The best thing to come of the show was that people saw how cubs are bred, ripped from their mothers, abused, and then discarded by the time they are 3 or 4 months old. Most people didn't know how common the practice was or that hundreds of cubs were born for such a cruel life. The worst thing to come from the show is that it weaponized every person who believed the false narrative without doing any research to know they were lied to."

There were also a fair few people there to ask slightly...weirder questions.

"Let's say I wanted to feed someone to a tiger, how should I go about doing that? Any tips or advice for me?" prompted one individual. Baskin calmly replied by explaining:

"We feed our tigers beef, chicken, turkey, rat and rabbits and they are purr-snickety! It's extremely difficult to get a tiger or any big cat to eat something that isn't common for them."

So that's...good to know. If you were also curious about this then maybe you should talk to someone.

Some people simply wanted to know how much animal print Baskin owns!

However, the exact number was not figured out as Baskin admitted that she lost track somewhere around the late 90s!

With Baskin having recently been engaged in a legal battle with Netflix over claims that they used footage of her in series 2 without her permission, it does not seem as though she will be rid of the Tiger King influence completely for some time. Although, she is clearly keen to set the public straight on who she really is.