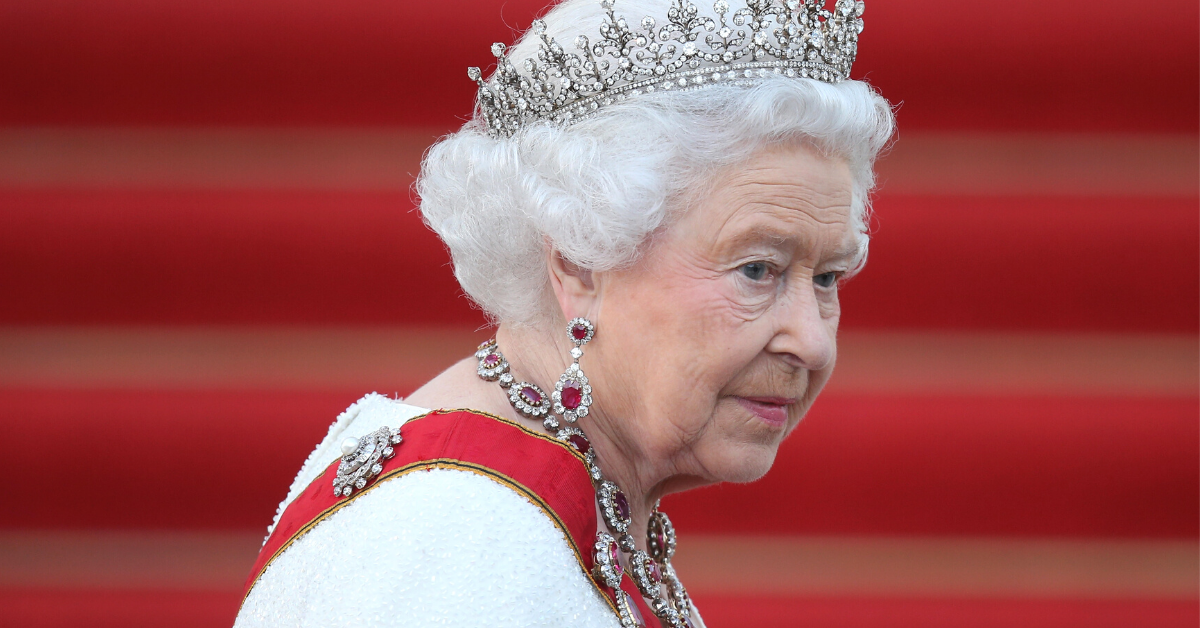 HM Queen Elizabeth II is reportedly being told to rest for two weeks following her stint in the hospital in October. As fans may recall, the Duke and Duchess of Cambridge caught flack last week after being spotted catching a flight the day HM was released from the hospital after her overnight stay.

Now, fans are getting an update from Buckingham Palace.

As reported by "People" HM was advised last month to cancel her planned two-day visit to Northern Ireland to mark its 100th anniversary.

Instead, Queen Elizabeth stayed home at Windsor Castle to rest.

It was later reported that the monarch spent one night at King Edward VII's Hospital in London for "preliminary investigations."

The statement said that the HM remained in "good spirits" after the stay, and was back at her desk the following day.

However, it is now being reported that the 95-year-old has been advised to rest from her busy schedule for at least two weeks.

In a statement given to ET, Buckingham Palace updated royal fans on HM.

"Following on from their recent advice that The Queen should rest for a few days, Her Majesty’s doctors have advised that she should continue to rest for at least the next two weeks."

“The doctors have advised that Her Majesty can continue to undertake light, desk-based duties during this time, including some virtual Audiences, but not to undertake any official visits."

"Her Majesty regrets that this means she will be unable to attend the Festival of Remembrance on Saturday, Nov. 13," the statement added.

"However, it remains The Queen’s firm intention to be present for the National Service of Remembrance on Remembrance Sunday, on Nov. 14."

We're wishing the Queen a restful next few weeks and a successful return to her in-person duties on the 14th.