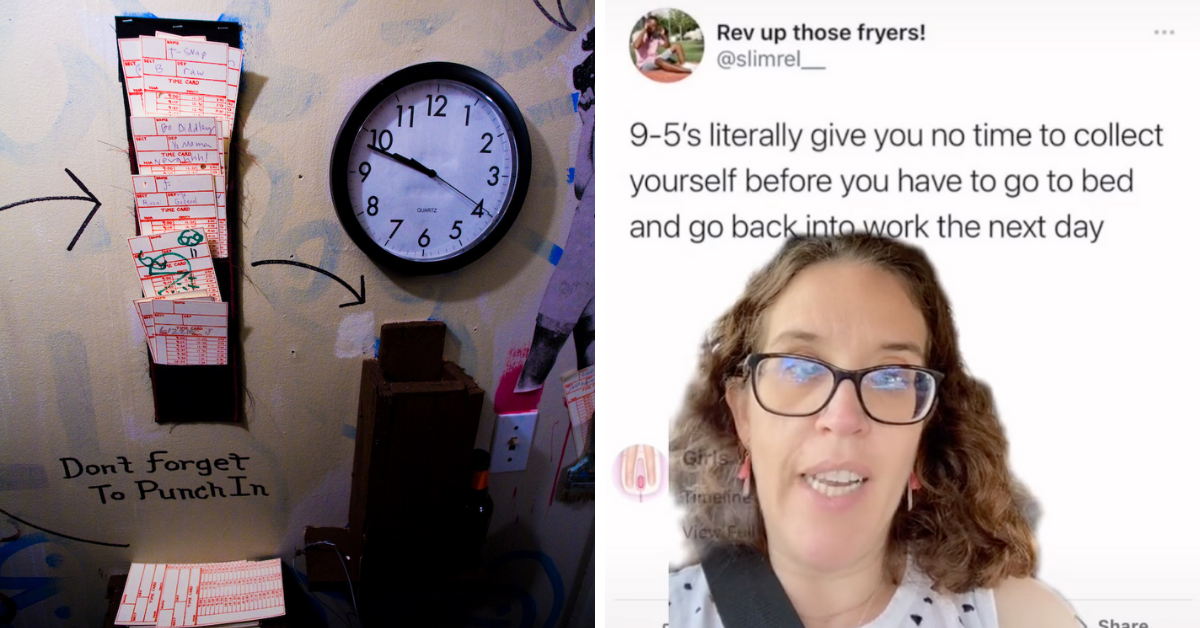 The COVID-19 pandemic has led to some big changes in how we view work.

Many of us have shifted from office work to working from home, and businesses that used to have their pick of low-paid workers are now scrambling to fill shifts.

Is it possible that our traditional work model doesn't work anymore? One TikToker makes a compelling argument against the eight-hour workday.

Things used to be much worse. 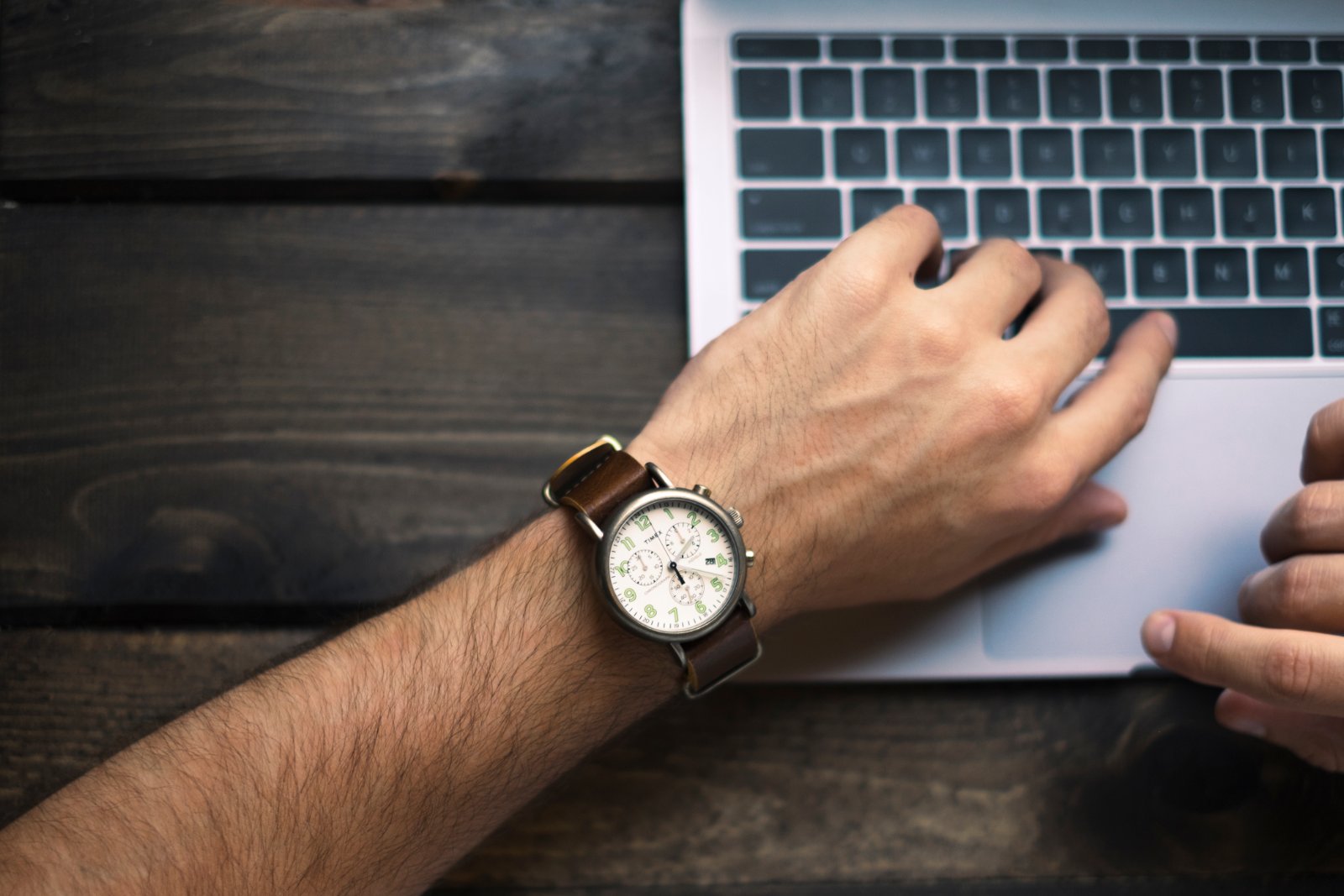 At one time, an eight-hour workday seemed like an impossible dream. But as worker's rights became more of an issue in the late-19th and early-20th Century, it became reality.

It's this tweet, in fact, that led to TikToker AutisticCommProf making a video on the eight-hour workday.

In the video, she explains a bit of the backstory behind the whole eight for work/eight for play/eight for sleep idea.

Does nine to five really work?

As she explains, "Nine to five literally gives you no time to collect yourself before you have to go to bed and go back to work the next day...with eight hours on the clock, that's often actually nine hours on the clock because, of course, employers don't want to pay you for lunch.

"So you're really on a nine to six or an eight to five."

The commute is a factor, too. 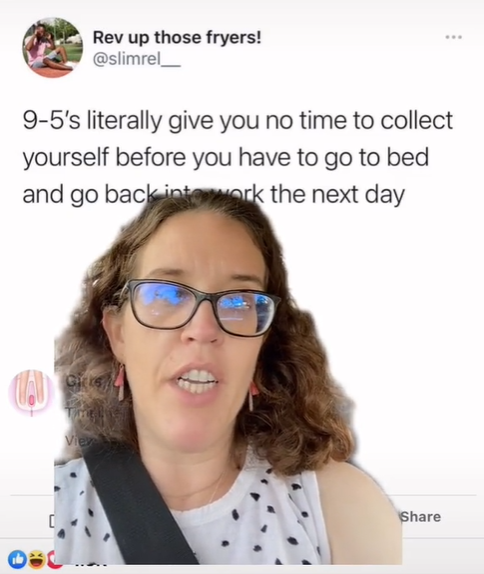 "If you live in a big city, you are often spending an hour each way to go back and forth," she continues. "And then the job is requiring that you work or dress a certain way. So you're spending at least an hour on prep for that job, oftentimes more if you are a woman or a femme-presenting person." 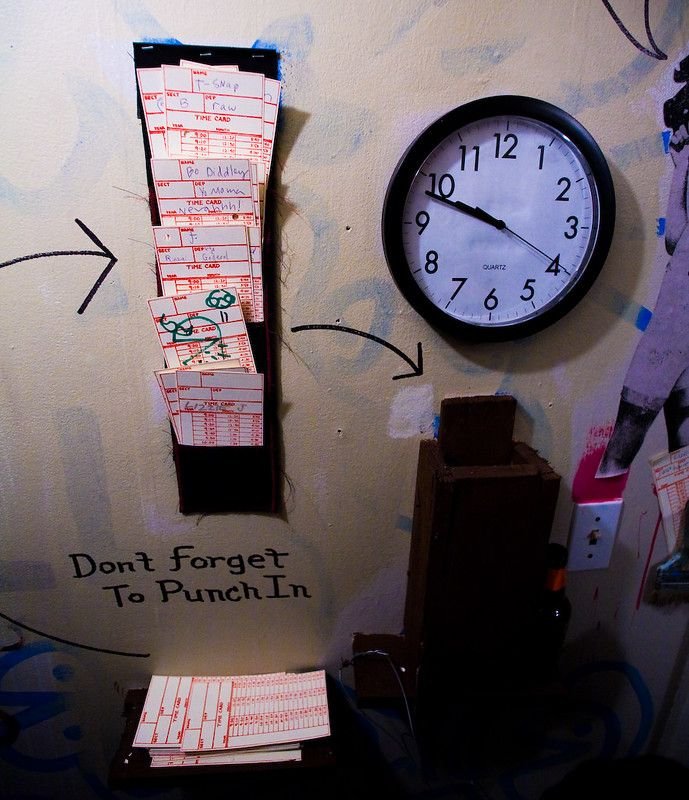 An eight hour workday, with unpaid lunch, commute and prep time can often be more of an eleven- or twelve-hour day.

Many of us are familiar with this kind of schedule, and can say from experience that it leaves almost no free time at the end of the day.

What can we do about it?

"I don't know [what we do about it]," she admits. "I think, at least as far as commute time and lunchtime, that should be a part of our eight-hour workday."

She goes on to say that, even if the eight/eight/eight system worked, we're not really following it anymore and haven't for decades.

This is a really good point.

One commenter pointed out that much of the world only operates from 9 to 5. This means that if you work these hours and want to, say, get a haircut or mail a letter or renew your driver's license, it's awfully hard to do so.

Hustle culture is so silly. 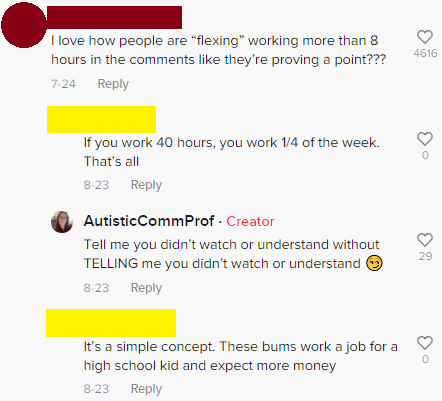 Lots of people like to flex about how hard they work. There's nothing wrong with working hard or taking pride in your work, but it's also important to have a life outside of work, and to find value in things that aren't work.

Retirement is so far away. 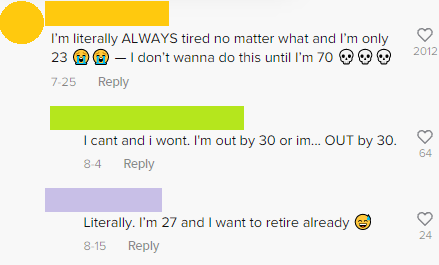 If you're more work to live than live to work, it can be daunting to consider the many decades of work you're expected to put in before (possibly) having enough savings to retire.

I don't have the answers, but it's interesting to see how old-school concepts like the eight-hour workday are being re-examined.

Check out the full video.

It's an excellent watch, and provides some interesting food for thought.

In the comments below, let us know how you cope with having a busy schedule, and share your thoughts on what a more humane work schedule might look like.