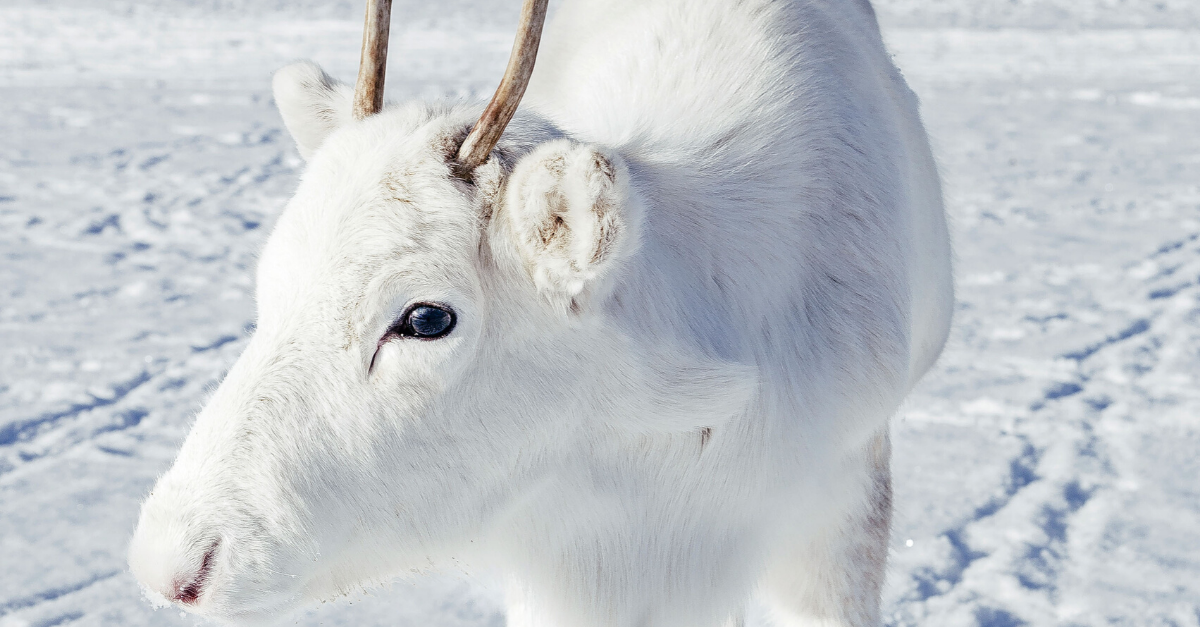 While it's up for debate as to whether it's a good thing or not that pretty much everyone walks around with a camera in their pocket, there's one benefit to this shift in technology that's become increasingly clear over the last decade.

And that has to do with the fact that it's harder for a rare sight to go undocumented than ever. As a result, not only do we not have to simply take people at their word when they say they saw a golden possum or a blue moon, but we don't have to miss out on those sights either.

And that's especially easy to appreciate in the case of the precious little reindeer calf that we're about to see. Because there's no way to do its majesty justice with only words.

A few years ago, 24-year-old Mads Nordsveen and some friends were traveling throughout the Norweigan island of Senja. According to ABC News, it was there that he came into contact with some members of an indigenous group known as Sami.

During their conversations, he was told that within their traditions, white animals are considered rare and unique enough that it's considered a sign of good fortune and happiness to encounter one.

So it's hard not to argue that it was indeed Nordsveen's lucky day when he came across this beautiful reindeer calf. 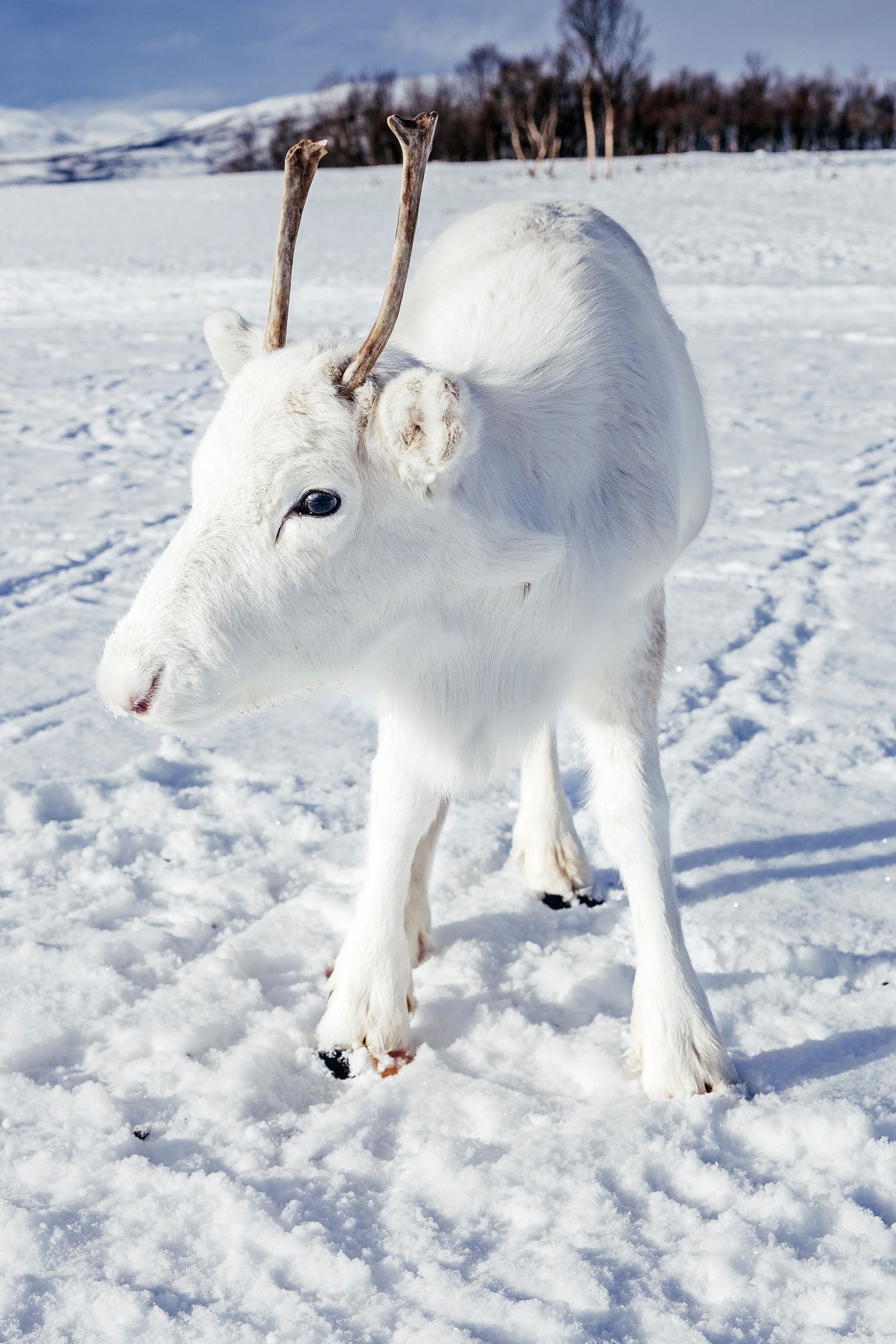 As he said, "Before trips, I do quite a lot of research to find the best locations and views. However, you cannot plan magical moments like the reindeer photos."

While it would have been an impressive sight at any age, the fact that Nordsveen was lucky enough to find this reindeer while it was still a calf makes his photos all the more cute and cuddly.

And he never would have taken such great shots of the shy little creature if his approach wasn't as gentle as it was. 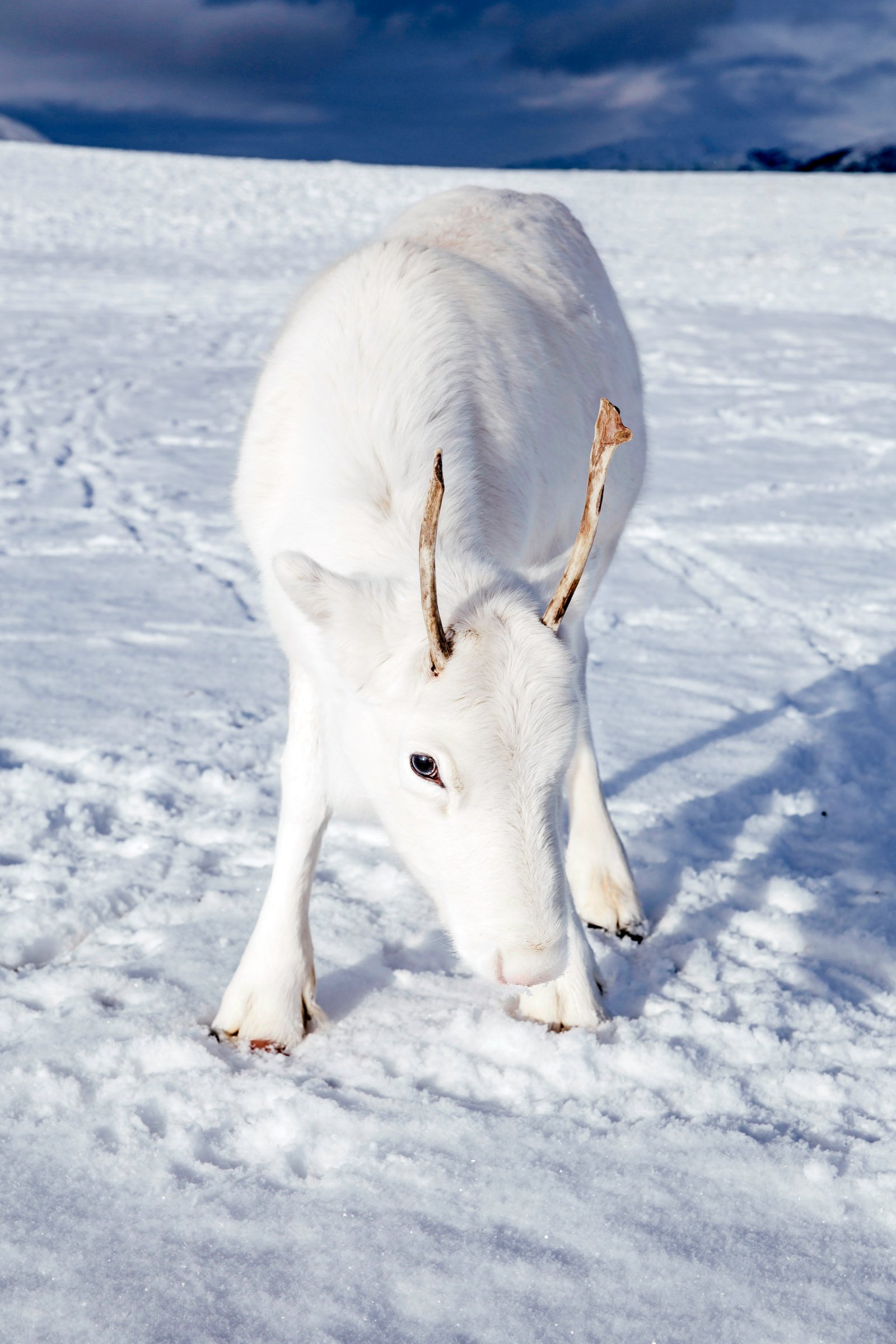 In his words, "The calf seemed a bit scared at first, but we sat completely quiet and were very calm and eventually it came quite close."

And so we're now treated to this clear picture of it looking at us with its head bashfully bent.

Although white reindeer like the one we just saw look they way they do due to a genetic mutation, it's worth noting that they aren't albino. 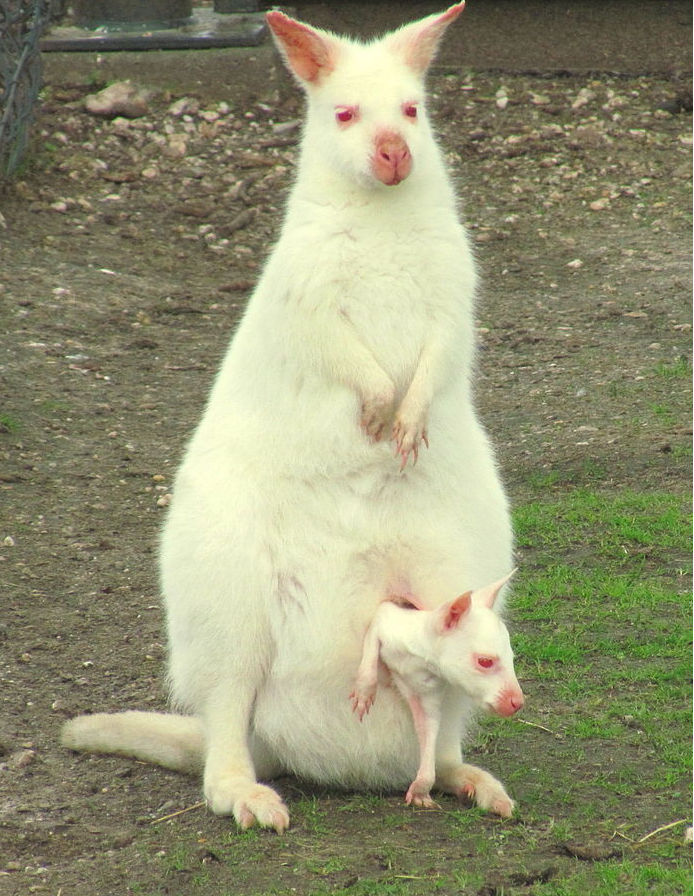 Because while their mutation leaves them without any pigment in their fur, it doesn't make their eyes red and photosensitive like these albino wallabies.