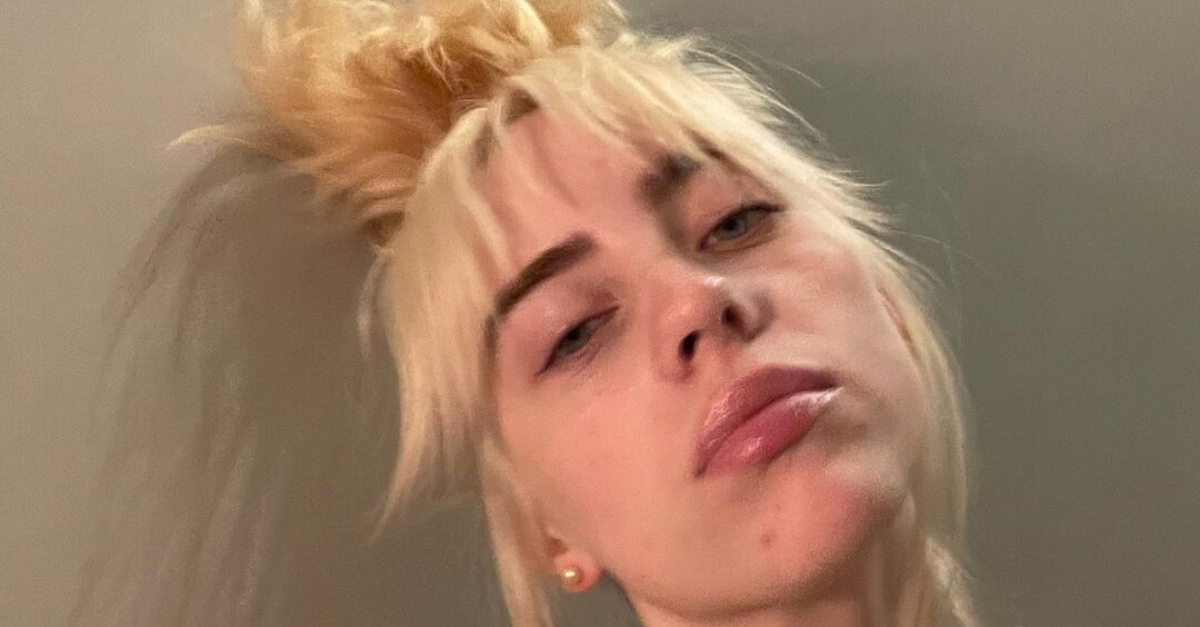 For those of us who grew up during the early days of the internet or even before it became widely available, there's a lot of reason to feel some relief about that fact nowadays.

Namely, the fact that all of the embarrassing things we did and said as young teenagers aren't a matter of instant public record. Even if they exist online, they do under a pseudonym on a now-obscure forum, rather than being attached to our real names on a public social media profile.

However, that's not the case for those who first entered the world after the new millennium. And while it's not unheard of for the things this generation said when they were younger and dumber to resurface years later, it's doubly likely for those who all but grew up in the public eye.

And that's a problem that pop megastar Billie Eilish now faces after some clips from years ago have resurfaced.

On June 13, TikTok user @lcxvy posted a clip compiling past moments of Eilish that they deemed problematic.

One of these clips saw Eilish mouth along to the Tyler, The Creator song "Fish, " in which he used a derogatory term for Asians.

Another featured the singer spouting gibberish in a way that the uploader suspected was an attempt to mock Asian dialects and accents.

Eilish has since responded to the clip and its resulting fallout, saying, "This is something that I want to address because I'm being labeled as something I'm not."

In an Instagram story, Eilish explained that she mouthed along to the song when she was 13 or 14 and said that the song was the first time she had heard the term in question. That's because she had never heard anyone in her family say it before.

Nonetheless, she said that regardless of her age or her ignorance about the term's meaning, "nothing excuses the fact that it was hurtful" and she apologized for mouthing it.

In her words, "I am appalled and embarrassed and want to barf that I ever mouthed along to that word."

As for the part of the clip where she talks in gibberish, Eilish said that it doesn't get any deeper than that.

As she said, "It is absolute gibberish and just me goofing around, and is in NO way an imitation of anyone or any language, accent, or culture in the SLIGHTEST."

Instead, it's just part of her tendency to say nonsense in silly voices that she's been engaging in since childhood.

In her words, "It absolutely breaks my heart that it's being labeled now in a way that might cause pain to people hearing it."

Although the fact that Eilish's statement came in the form of an Instagram story means it's no longer on her account, the extent of it can be seen here. 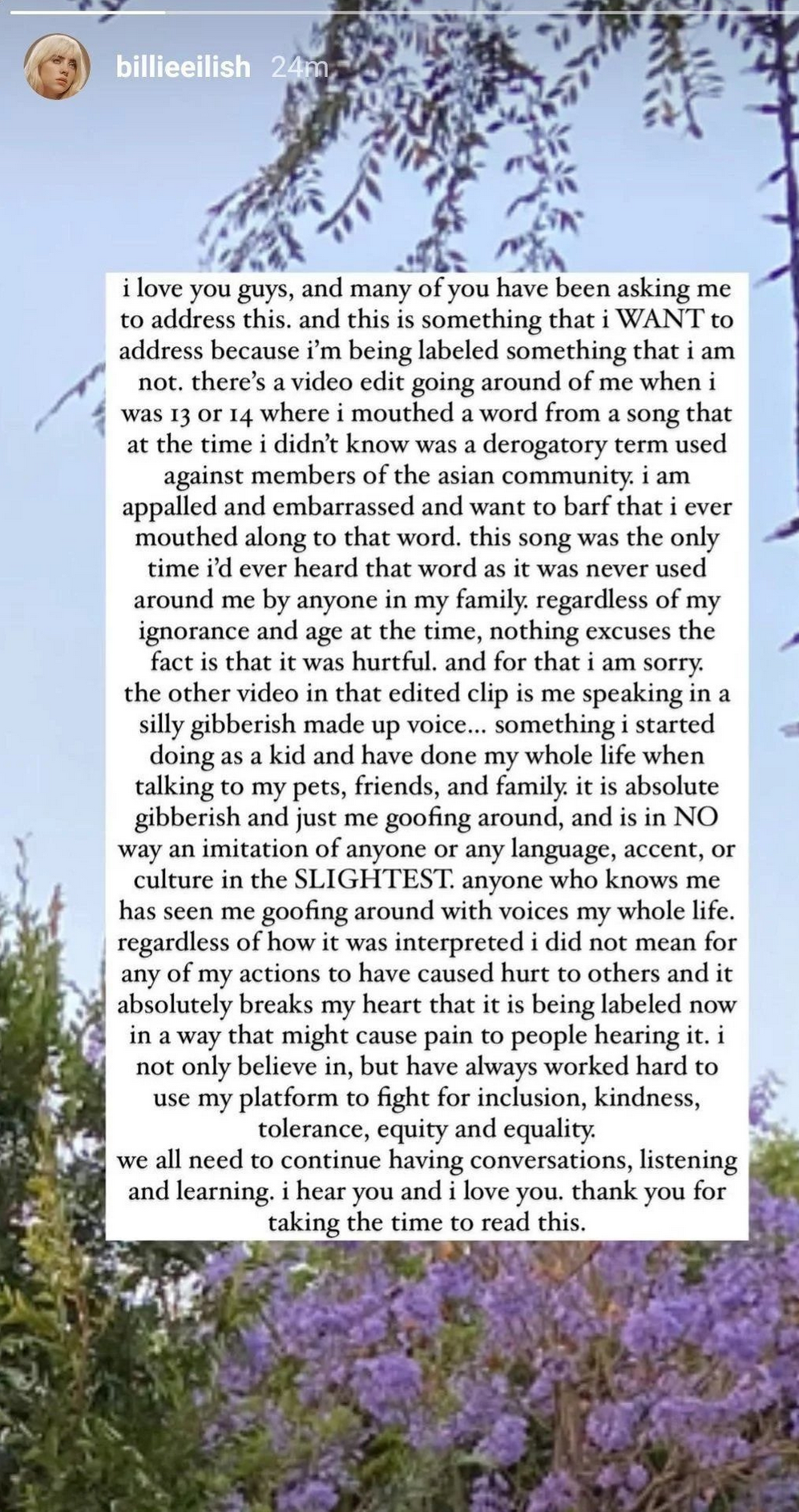 Before a final address to the reader, Eilish said that she has worked hard to use her platform to promote "inclusion, kindness, tolerance, equity, and equality" and is looking forward to the relevant conversations, listening and learning that can follow incidents like these.