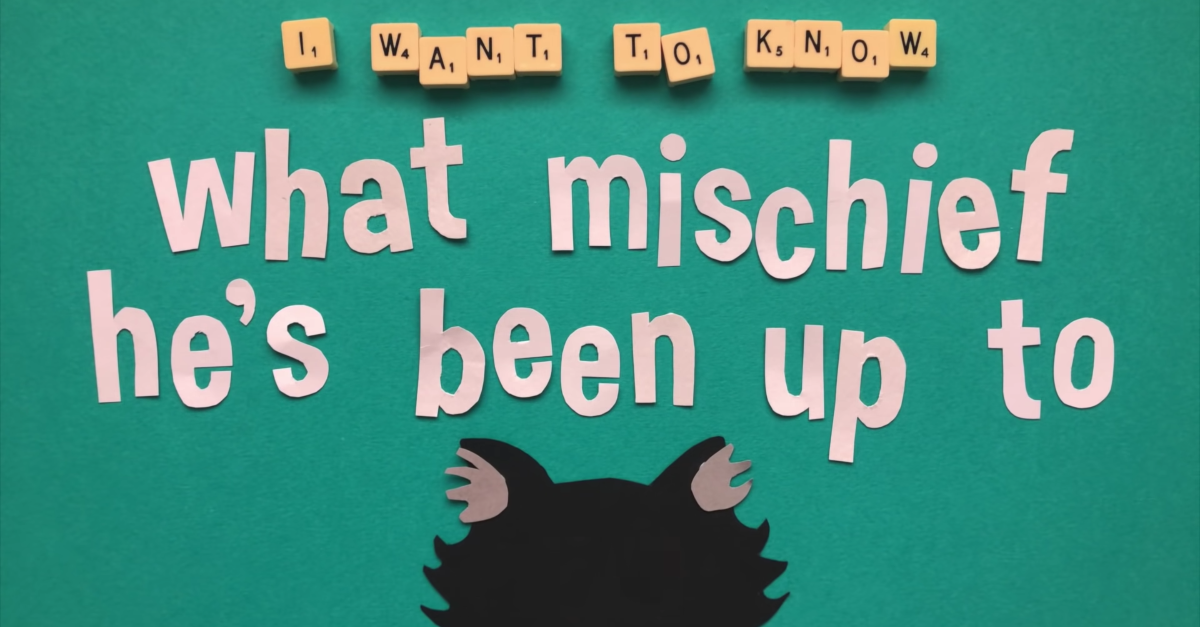 Cats are often seen as one big mystery. They can't talk, after all, so it's hard to know what's going on inside of those tiny little heads of theirs. But they do always seem like they're up to something.

At least, that's what YouTuber Half-Asleep Chris thought when he decided to put a camera on one of his cats for 24 hours in order to see just what they do in a day.

Ralph used to be an outdoor cat. 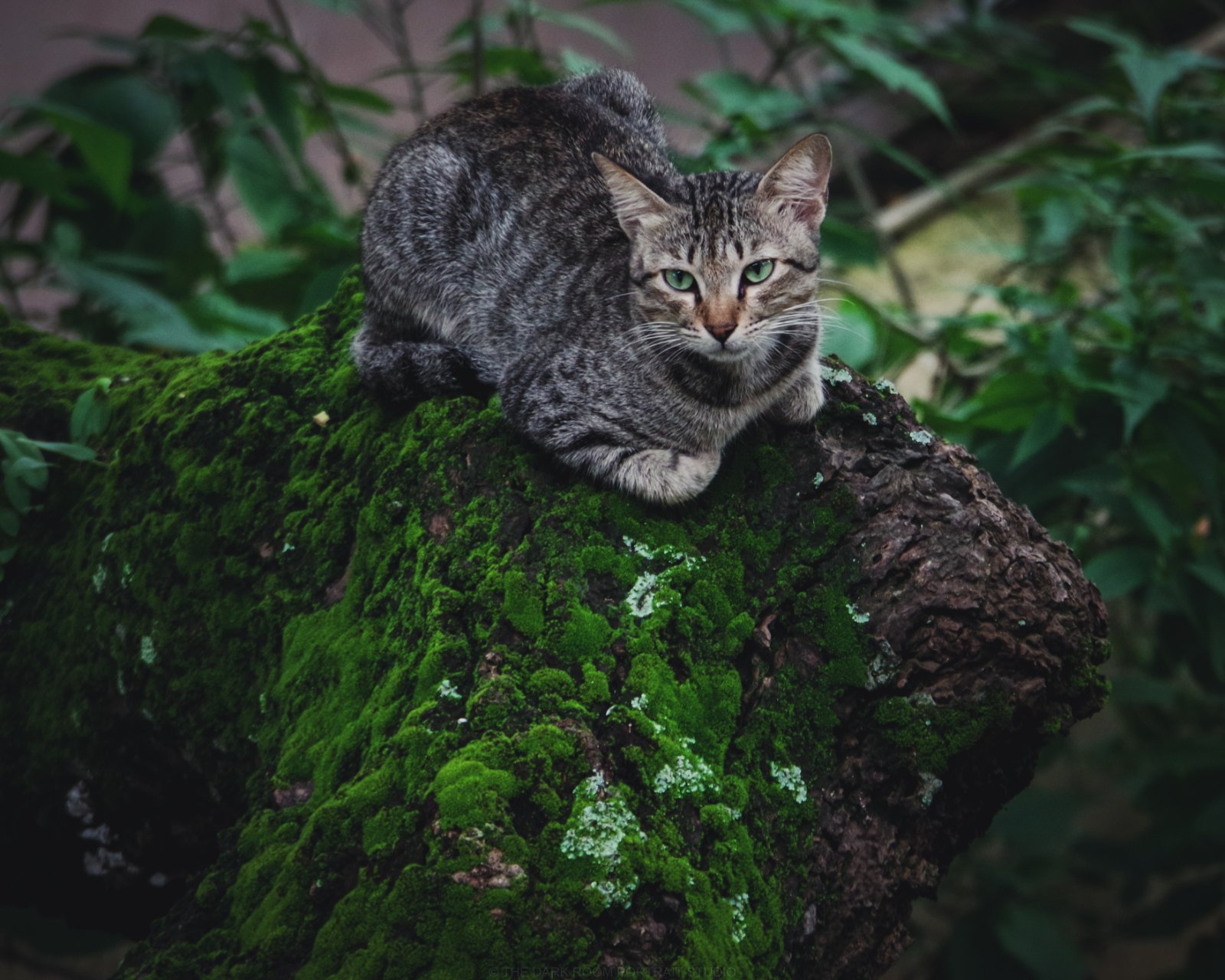 Chris' cat loved to roam around the neighborhood, doing who knows what. But since Chris recently moved in with his girlfriend, Ralph had to become an indoor cat, alongside his girlfriend's cat, Bella.

"Now we’ve moved and he’s an indoor cat, it seemed like the perfect time. Plus he’s still hiding something!” Chris tells Bored Panda.

So Chris got some tiny cameras to put on Ralph. 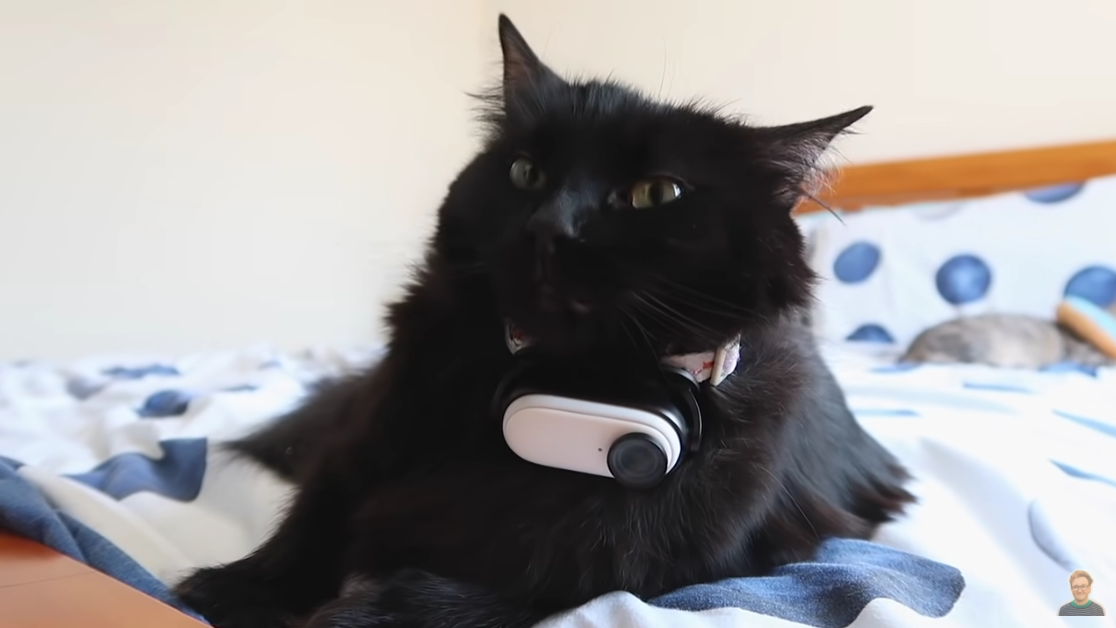 Using an arsenal of tiny cameras he could switch out and charge throughout the day, Chris set them up on Ralph.

The cameras were lightweight and unobtrusive, so Ralph should've hopefully been able to roam around without even noticing the new thing sticking out on his collar.

The cameras taught Chris a lot about his cats. There were a lot of revelations to be had, some utterly surprising, while others made a lot of sense to Chris. And getting to see everything from Ralph's perspective was really cute. You can see his little paws through the camera!

This wasn't a surprise to Chris, since the teeth marks on all the plants are a bit of a giveaway. Although none of the houseplants pose any danger to the cats, Chris has still opted to grow some cat grass inside for them.

As it turns out, Bella likes to torment Ralph. 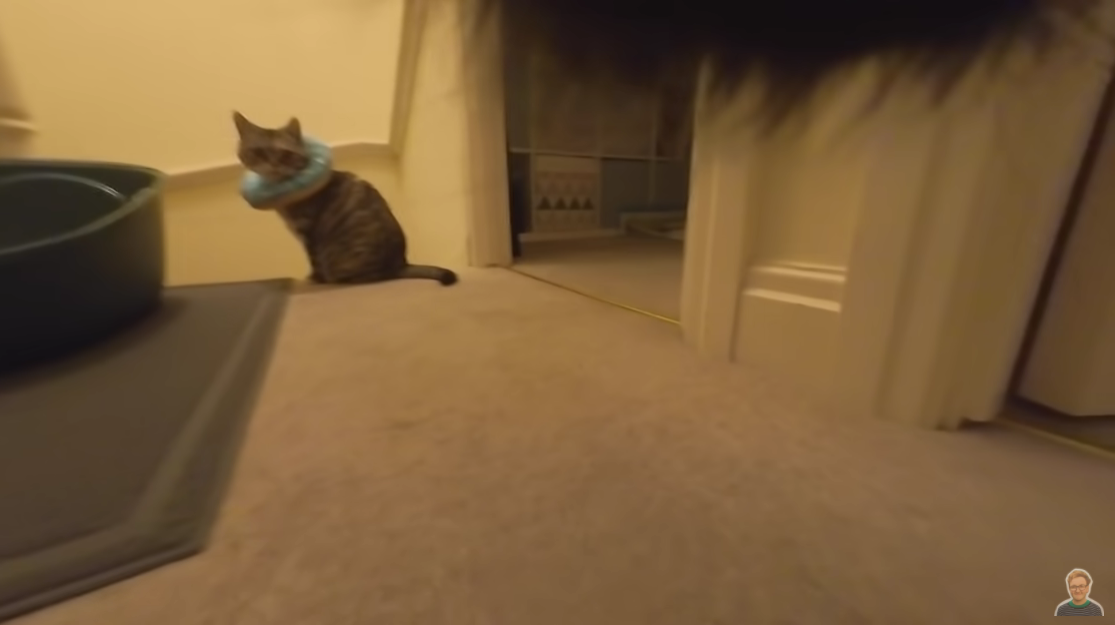 Bella would oftentimes block Ralph from entering rooms or climbing the stairs. She would also swat him away with her paw (no claws out, though, so it probably wouldn't have hurt that much).

Still, it looks like Ralph tries to play with her as often as he can, forgetting that he's a rambunctious two-year-old and she's already 12. 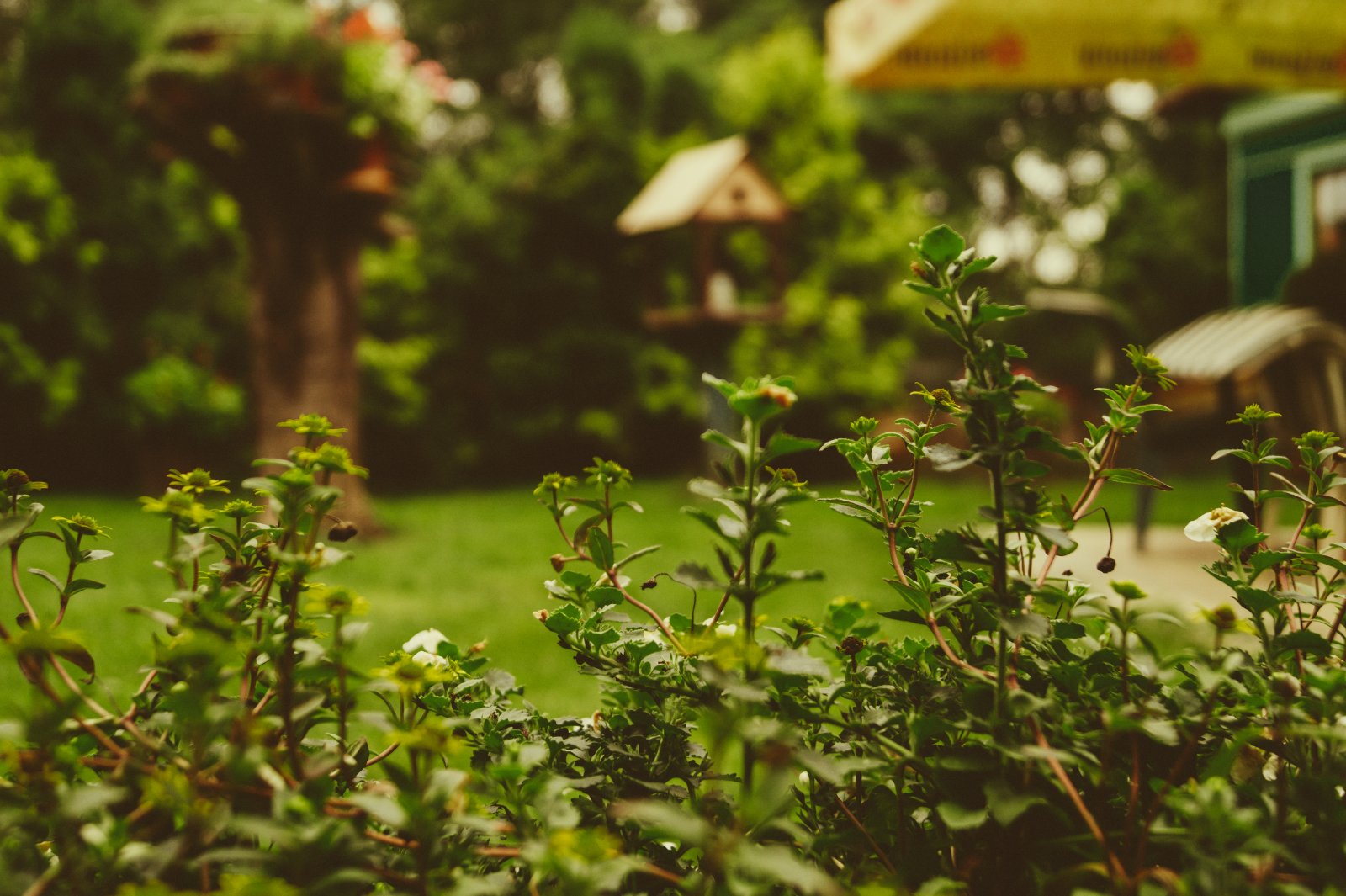 The area where Chris and his girlfriend live isn't safe for cats to roam around outdoors. So sadly, Ralph has to be an indoor cat. But he spends a good deal of his day staring out the window and into the backyard. Poor kitty!

Chris is going to build him a catio. 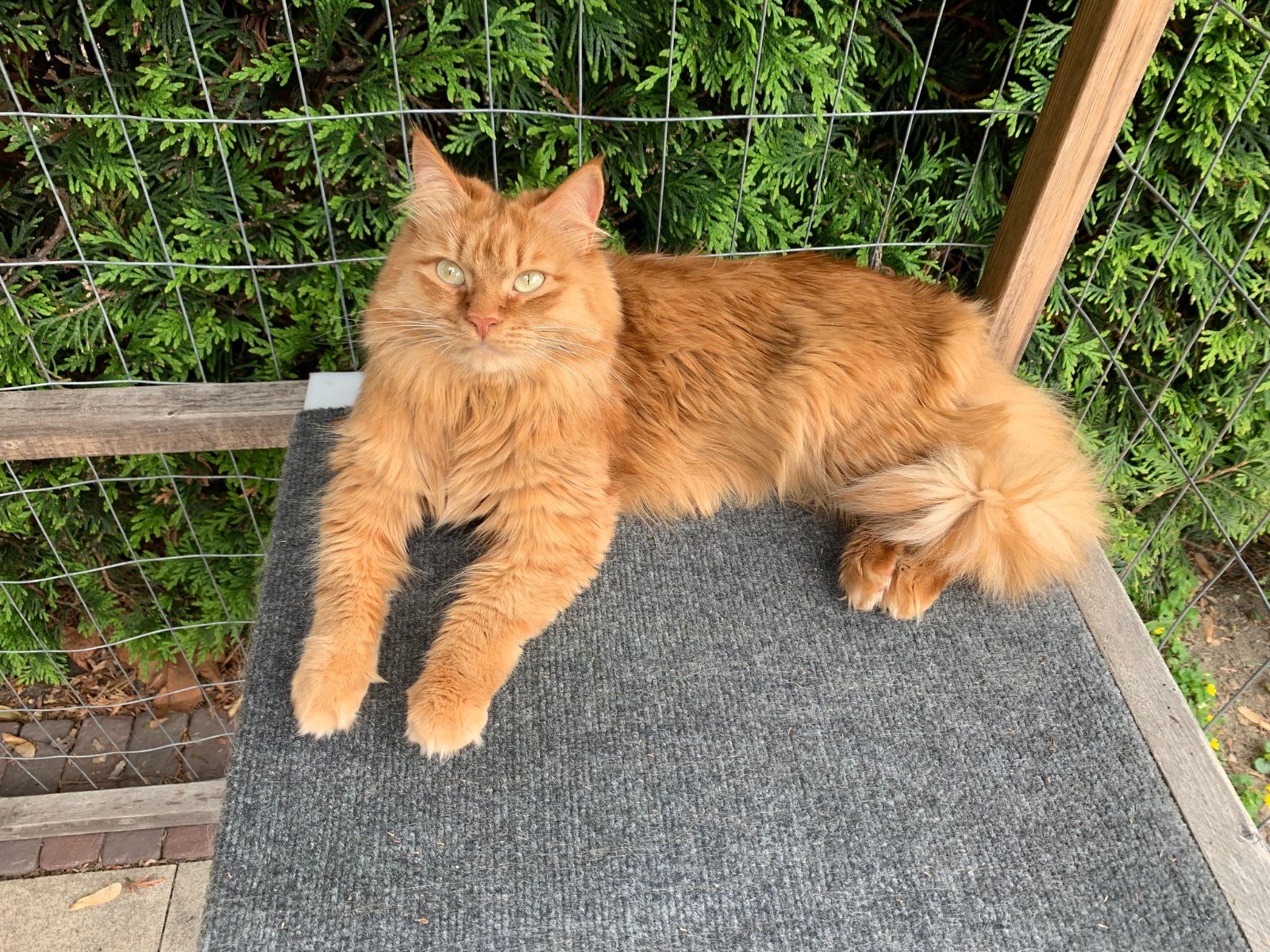 You know, a cat patio? It's the best way to give your cats the taste of the outdoors, but with the safety of the indoors. Hopefully Chris will provide more updates once Ralph's catio is complete.

But Ralph definitely isn't up to anything.

As far as Chris could tell, Ralph isn't up to anything. Sure, it was a little difficult to get footage throughout the entire night, but it's pretty clear that the cats aren't doing too much when the humans are asleep. I guess that's one mystery solved!