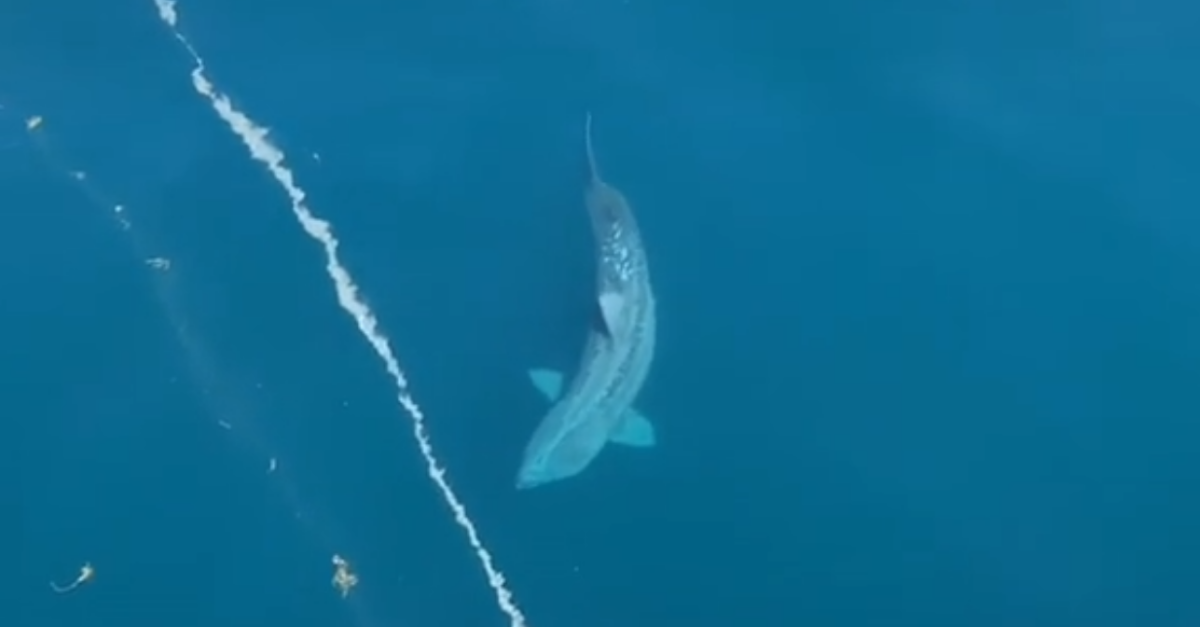 Although we humans obviously have a lot of impressive and sophisticated achievements under our belts, we can also be pretty simple creatures in a lot of ways.

The bigger something is, the more likely we are to be impressed by it. But while we may marvel at giant rabbits and dogs, that amazement can quickly turn to fear when the animal involved gets less cute.

Size seems to be the metric by which some strangely confident people decide what they can and can't take in a fight and it's likely also the reason the great megalodon shark continues to inspire awe even though it's been extinct for millions of years.

It's also how one massive shark managed to inspire shock and uneasiness in one viral TikTok just by minding its own business.

Be advised that the full video contains explicit language.

For the past six weeks, musician Alex Albrecht has been sailing throughout the Atlantic Ocean. 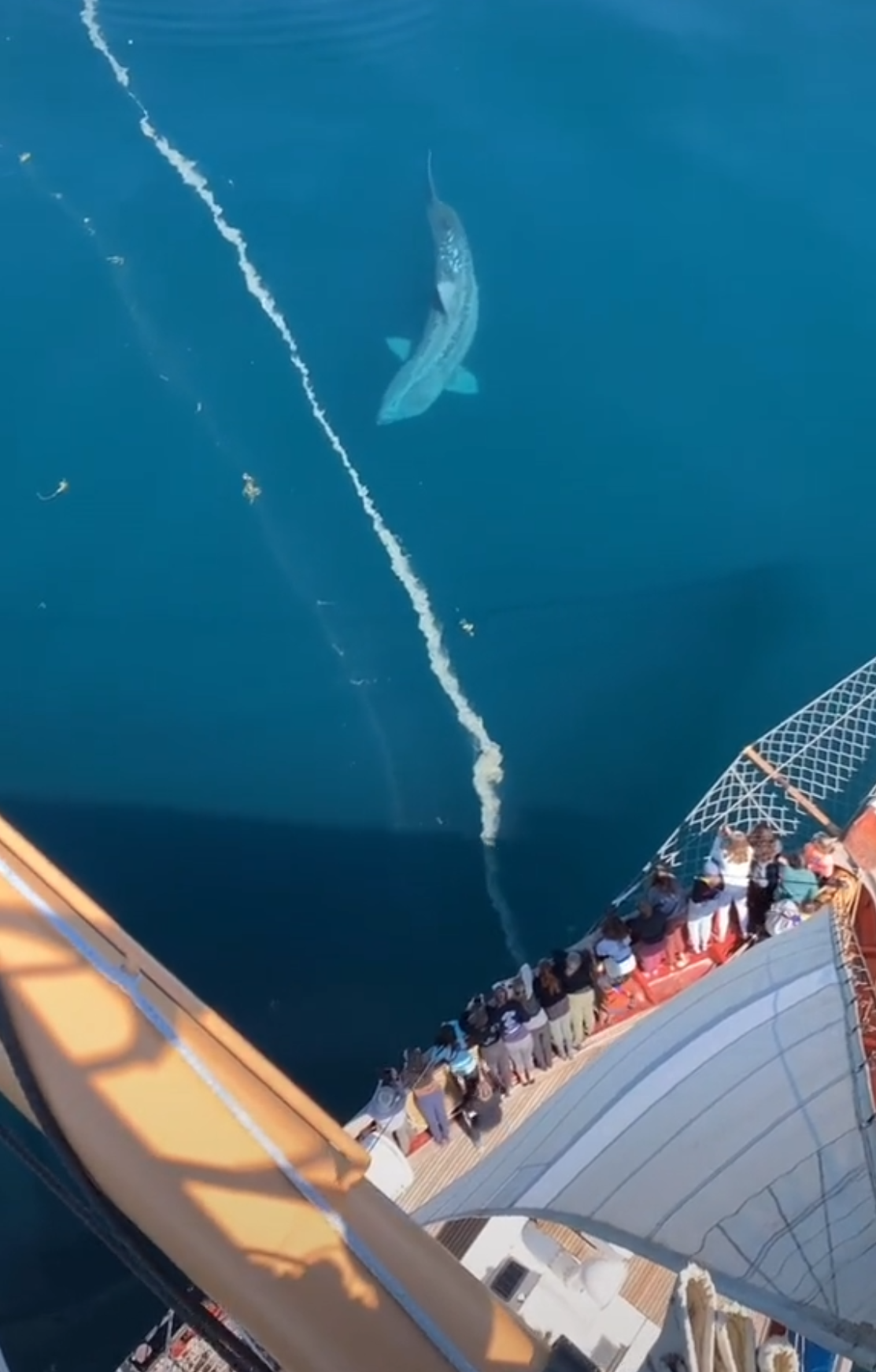 And on a day when he happened to find himself in the boat's crow's nest, he seized the perfect opportunity to capture what he described as a "big [expletive] shark" nearing the vessel.

Although the passengers look on in rapt attention, it's clear from their screams that this is kind of a scary moment for them. 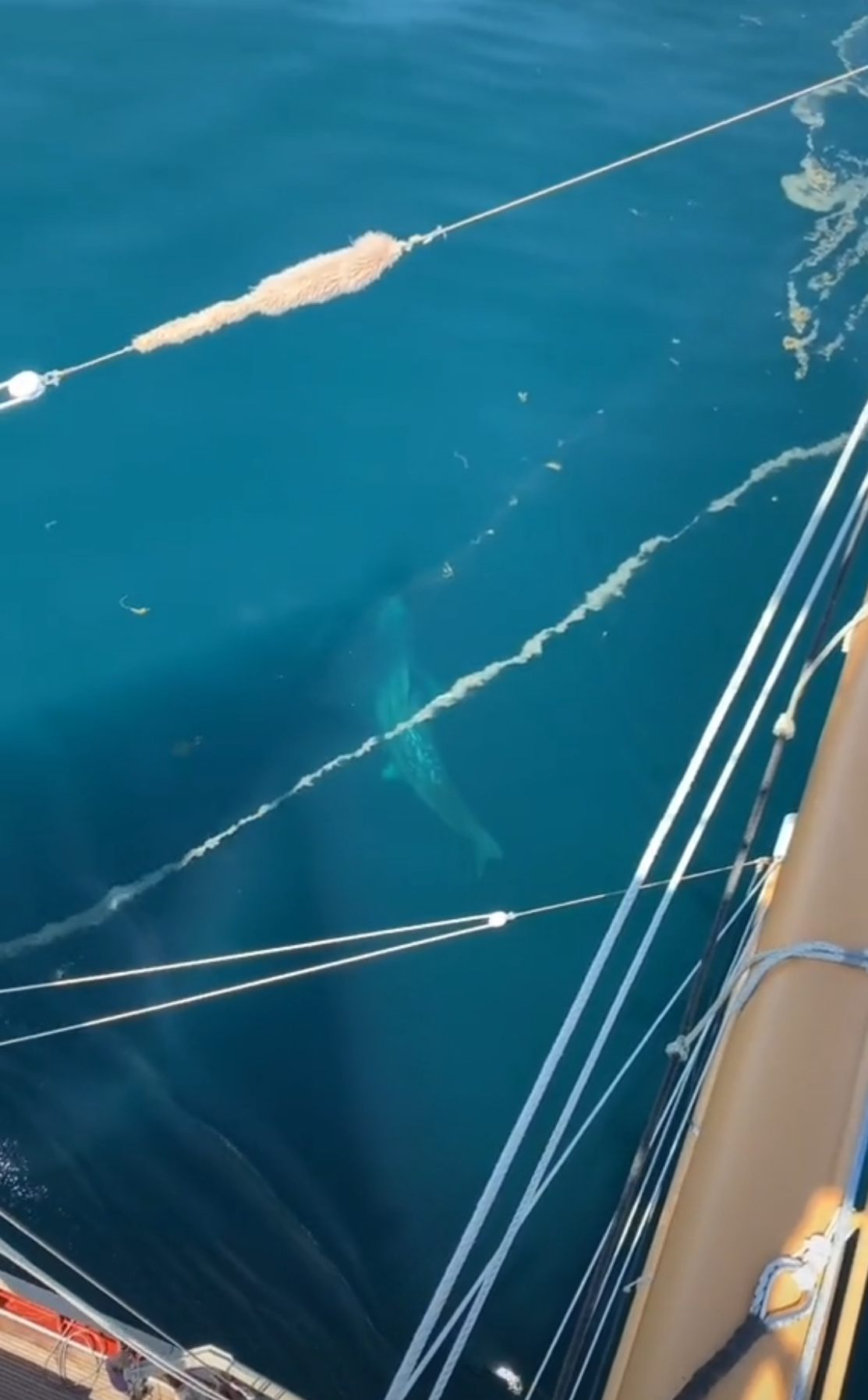 Fortunately, it isn't long before the shark passes by the port side of the boat and goes on its way.

Although it's unconfirmed, the shark's massive size makes it fairly likely that it's a basking shark. 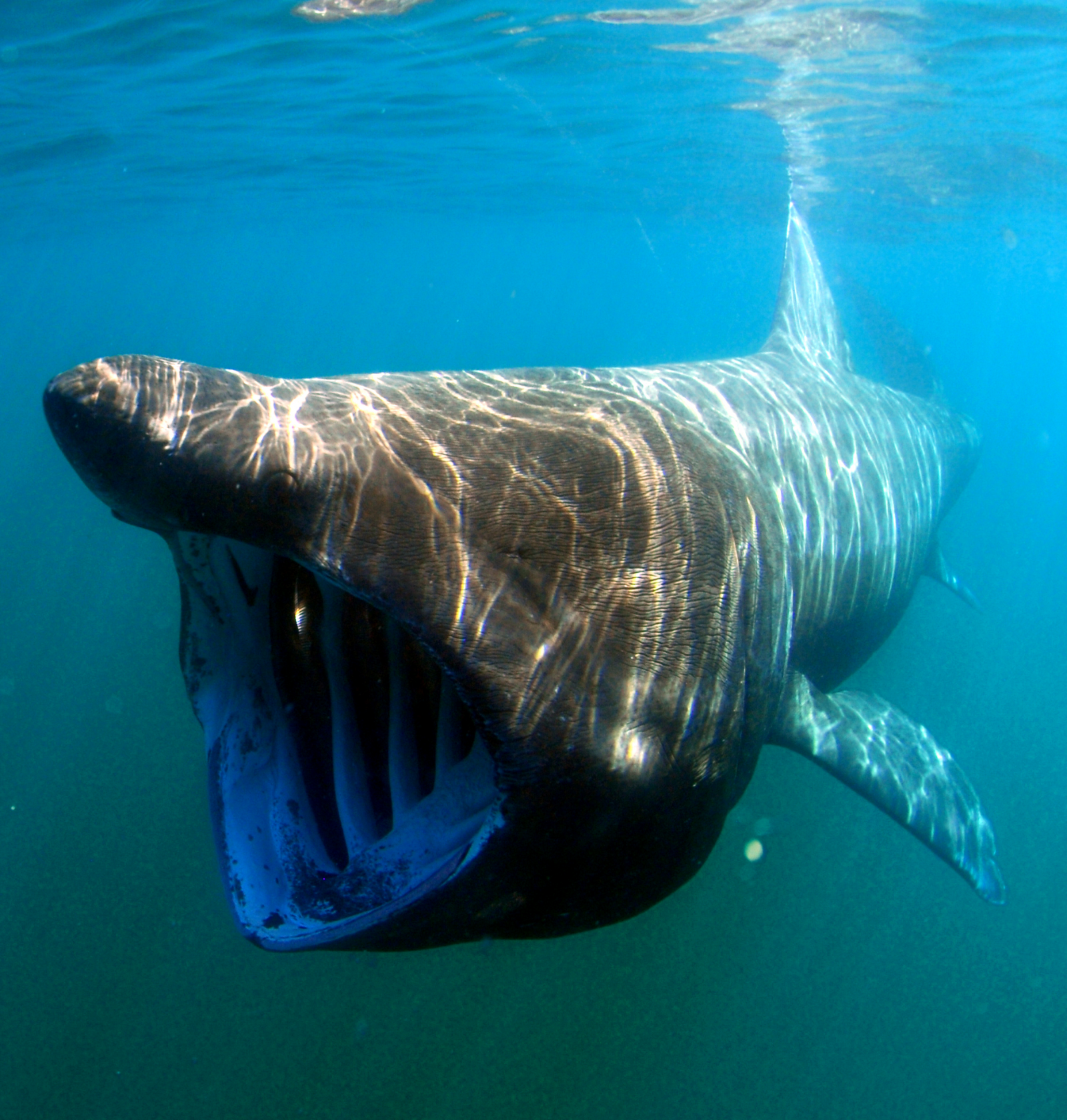 According to The Guardian, this is the second largest fish we're aware of (second only to the whale shark) and is a likely candidate for the shark in the video.

That's because they often feed on plankton close to the surface between mid-April and mid-May, so you're much more likely to see them from above the surface than similar fish.

It's also worth noting that while its size may be intimidating, the basking shark itself really isn't.

According to The Guardian, the only known human deaths resulting from a basking shark didn't even stem from an intentional act on the creature's part.

Since they feed on plankton, they have little interest in humans. However, they are known to breach the surface during mating season and one happened to capsize a small boat while doing this in the Firth of Clyde off the west coast of Scotland. This resulted in three drowning deaths.

But since we're looking at a much larger boat in the full video, it seems unlikely that anyone featured in it had to worry about the big fella.