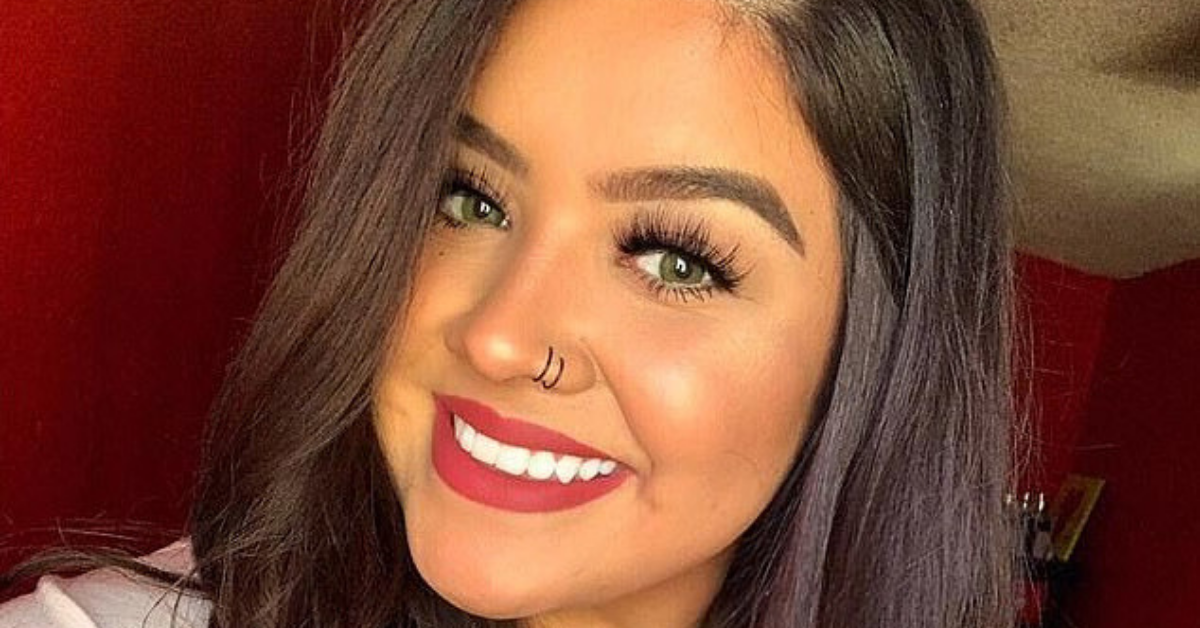 This Texas makeup artist got the shock of her life when a bride flat-out refused to hire her because of her sexual preference.

Now, the makeup artist is going viral with hundreds of people coming to her defense. 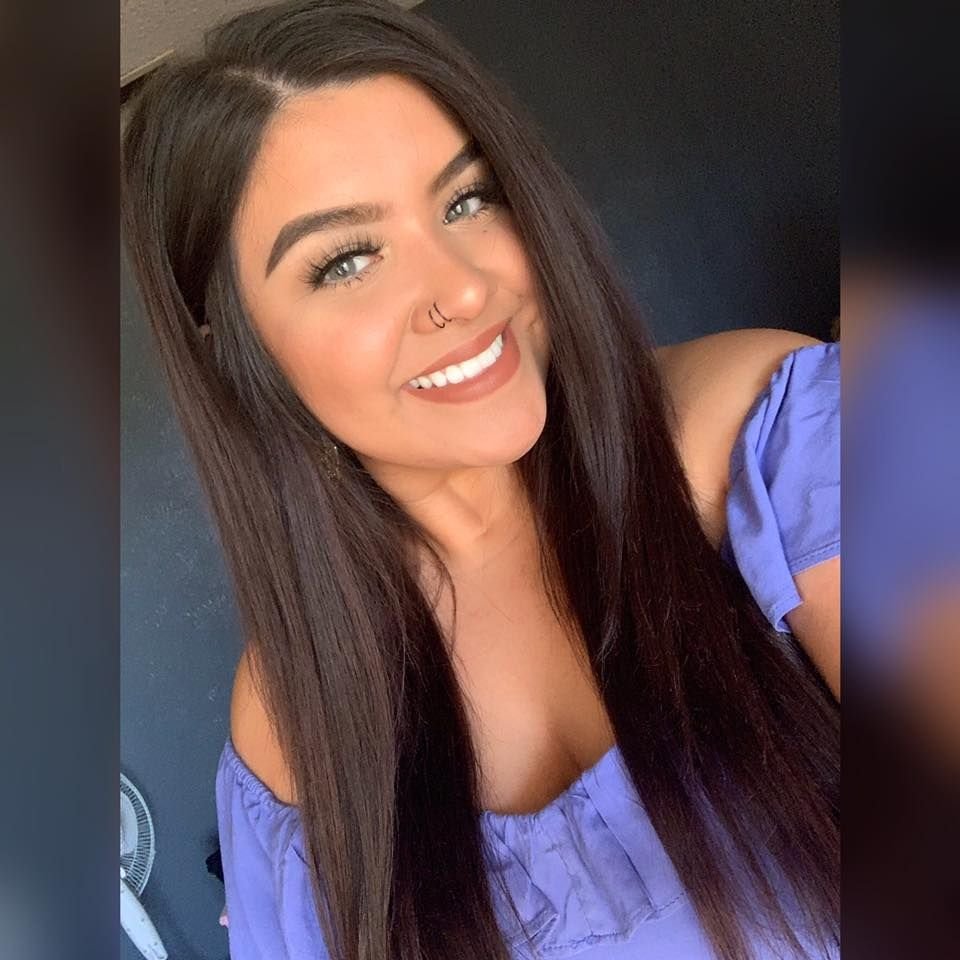 She's the artist that runs the Makeup & Hair by Kristian business and although it has nothing to do with her makeup skills, Kristian also happens to be gay. 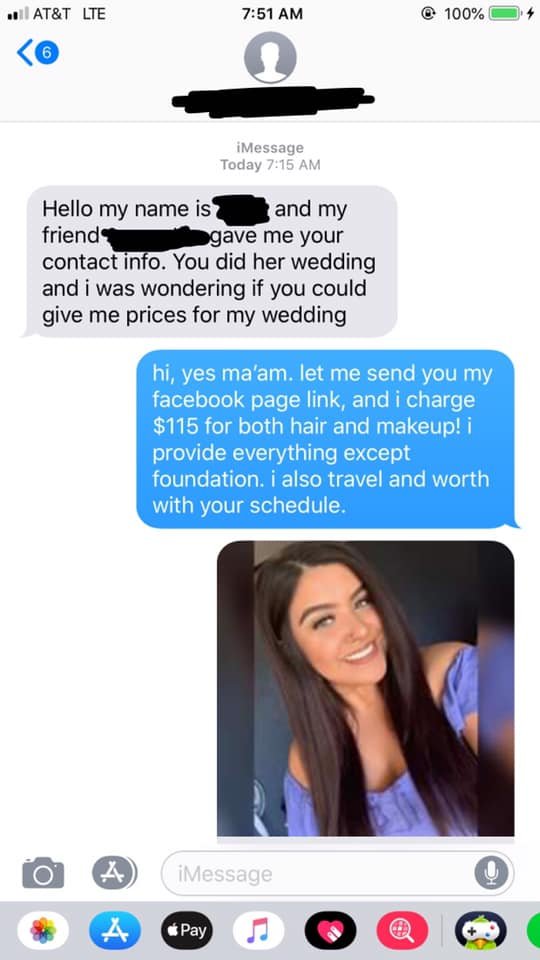 In the post, the name and contact information is redacted and shows that the bride was referred to Kristian by one of her past clients.

At first, the bride simply asks Kristian how much the services will cost and she's told that it will be $115.

Then the questions suddenly get personal. 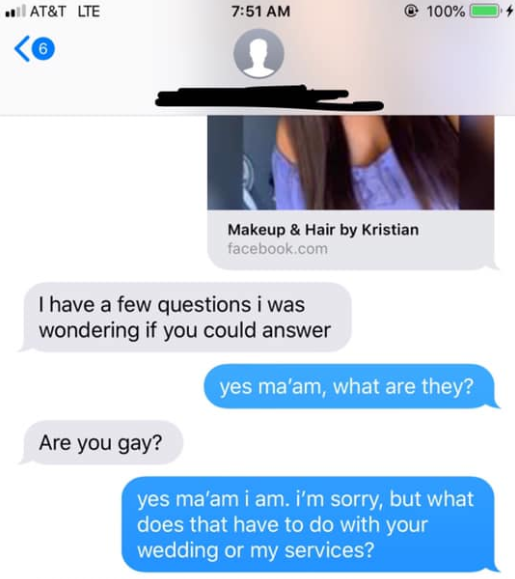 The bride goes on and asks Kristian, "are you gay?" to which she replies and says, "yes ma'am I am. I'm sorry, but what does that have to do with your wedding or my services?"

That's when the bride then BOLDLY tells the makeup artist, "Oh I don't want a gay person doing my wedding, I saw your FB and I couldn't tell if you were or weren't gay."

Surprisingly, the makeup artist manages to keep her cool.

Except the bride isn't done! 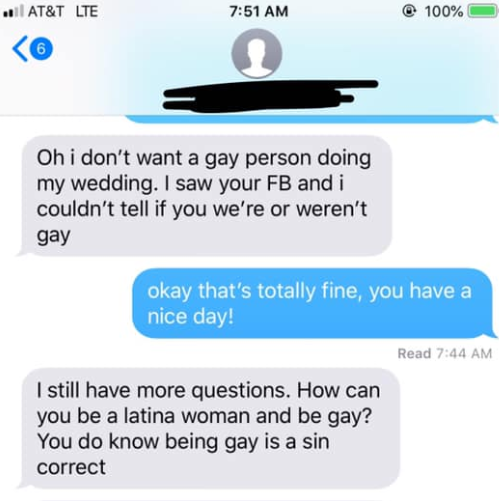 She then continues to make it worse by questioning Kristian further and asks, "How can you be a Latina woman and be gay? You do know being gay is a sin correct."

To add insult to injury, the bride goes on to tell Kristian that she's praying for her, her lifestyle is going to send her to hell and that since the wedding is in a church, she wouldn't want her to walk into her church. 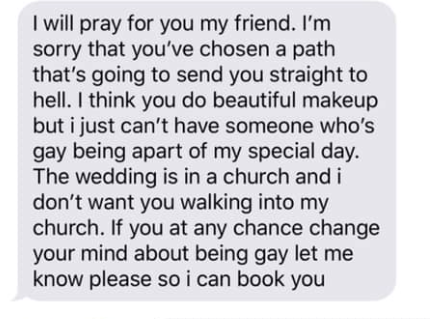 The icing on the steaming hot garbage cake that is this message is the bride's last offering which is, "If you at any chance change your mind about being gay let me know please so I can book you.

Naturally, Kristian was hurt by this bride's homophobia and shared her ordeal with friends on Facebook. 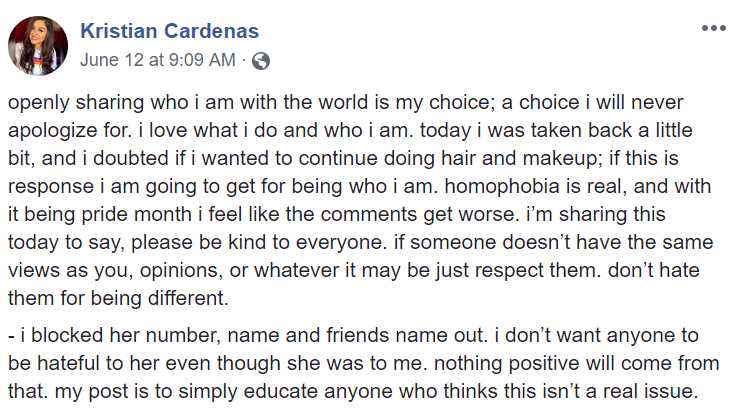 "Homophobia is real, and with it being pride month I feel like the comments get worse," she said. "I’m sharing this today to say, please be kind to everyone. if someone doesn’t have the same views as you, opinions, or whatever it may be just respect them. don’t hate them for being different." 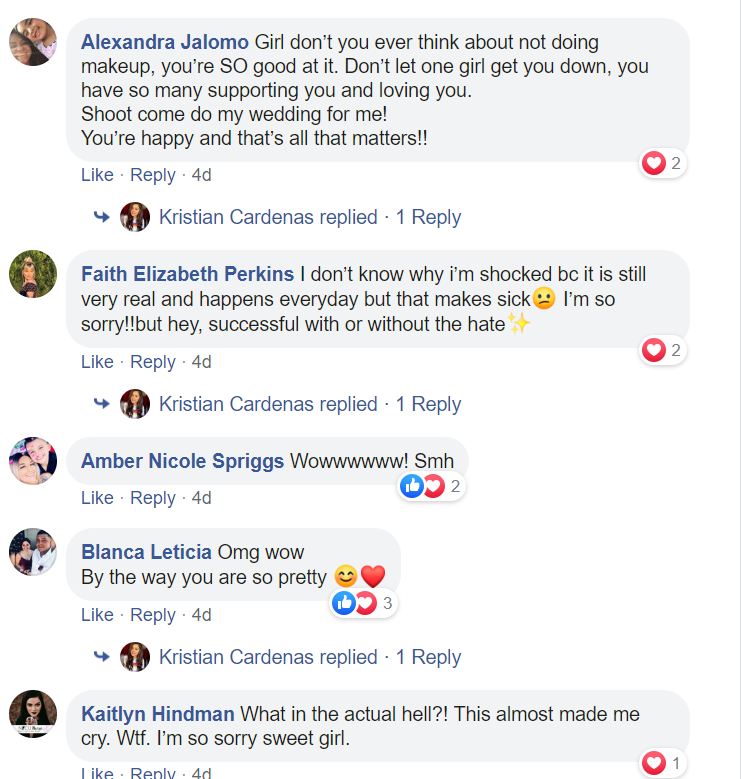 Dozens of people have commented on the post and left kind and encouraging words for Kristian.

Thankfully, many people shared positive words for the makeup artist.

This sentiment could not be more true. Someone's sexual orientation does not dictate or influence who they are as a person, and it sure doesn't have anything to do with how one does makeup.

Kristian has since spoken to publications about the text messages. 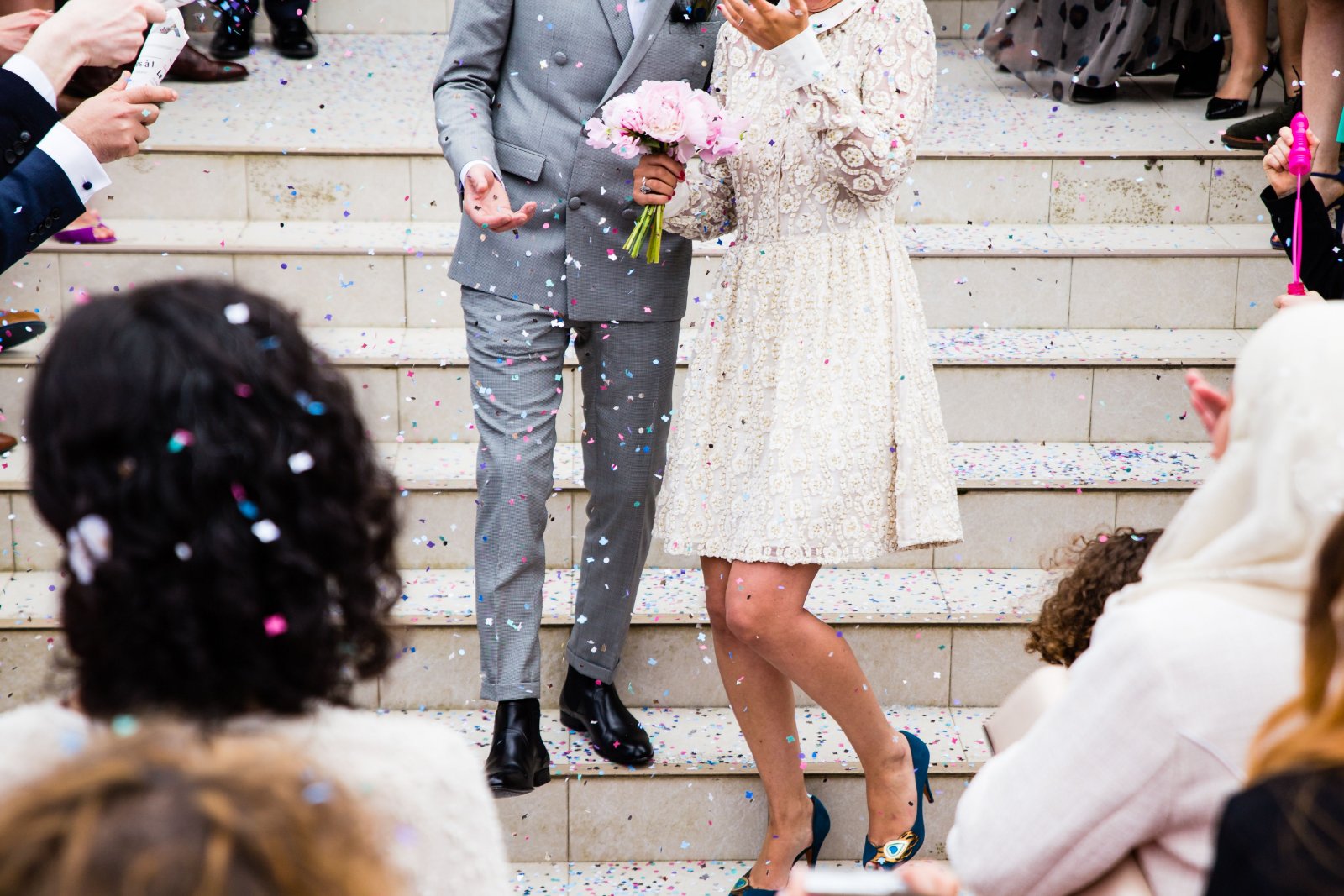 She told Allure that the bride did eventually reach out to apologize but still doubled-down and said, "it was her wedding and her choice to choose who she wanted doing makeup and hair and that her beliefs shouldn’t have hurt [her] feelings."

"So many friends and family or just strangers had no idea that people could actually be like this." 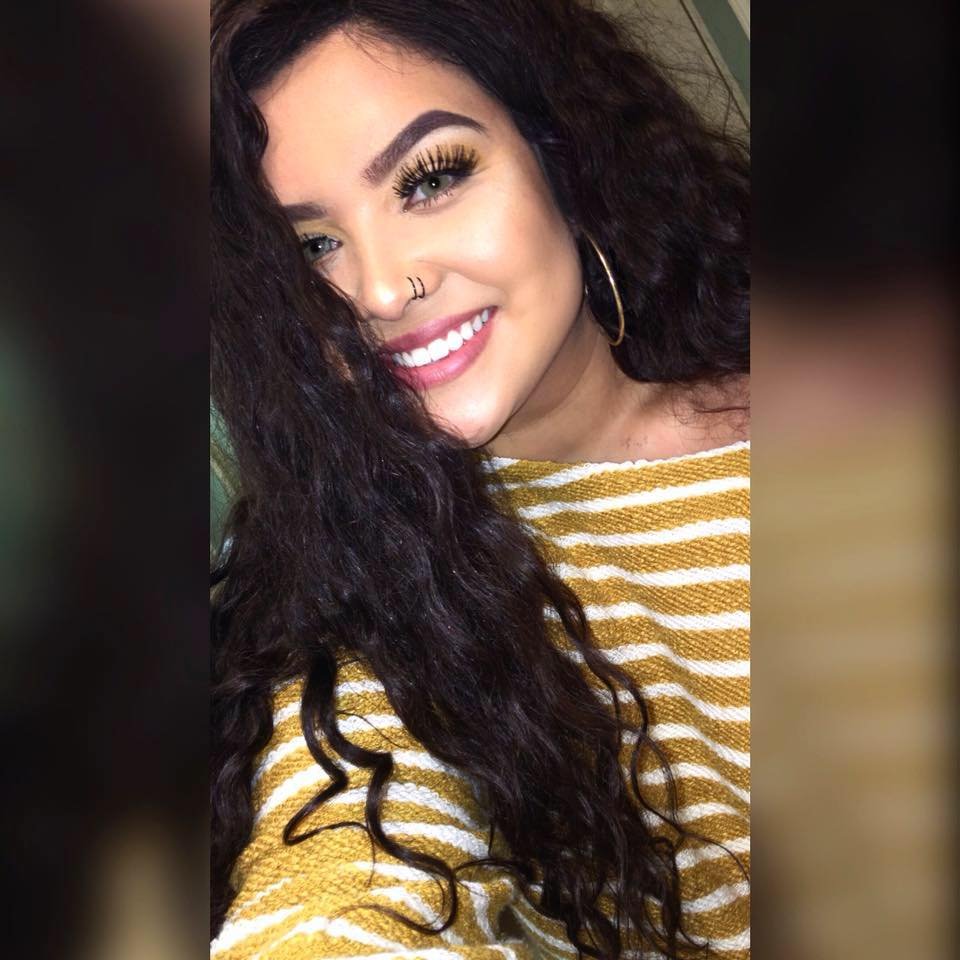 "I wanted to share to bring some light on the subject because it’s from someone they know and love."

She continued, "I’ve been getting such a positive response, so much love and support, whether it be from potential clients, strangers, or someone who’s struggling with their own story." 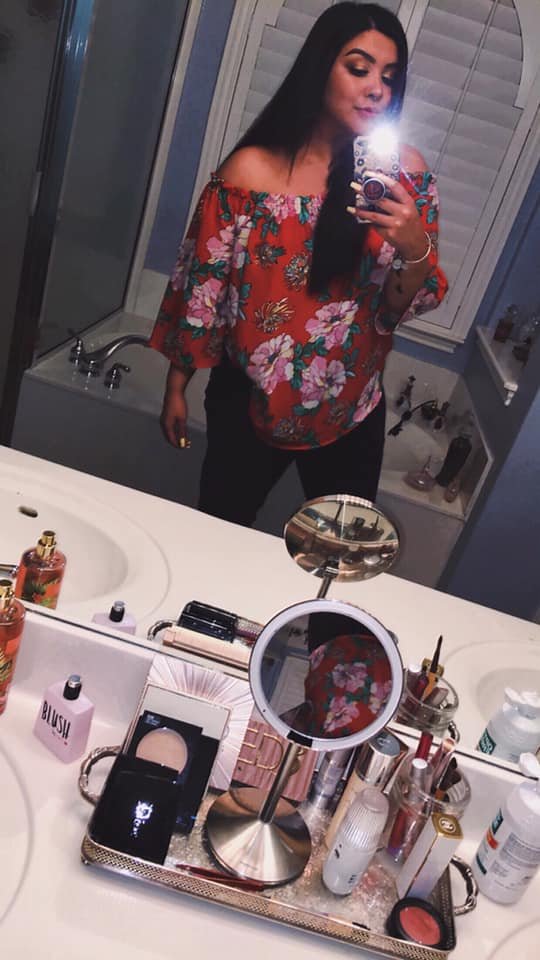 "Of course, I have my fair share of awful things still being said to me. I have to brush that aside and focus on the positive."

Despite the insult, the makeup artist was surprisingly understanding of the whole thing. 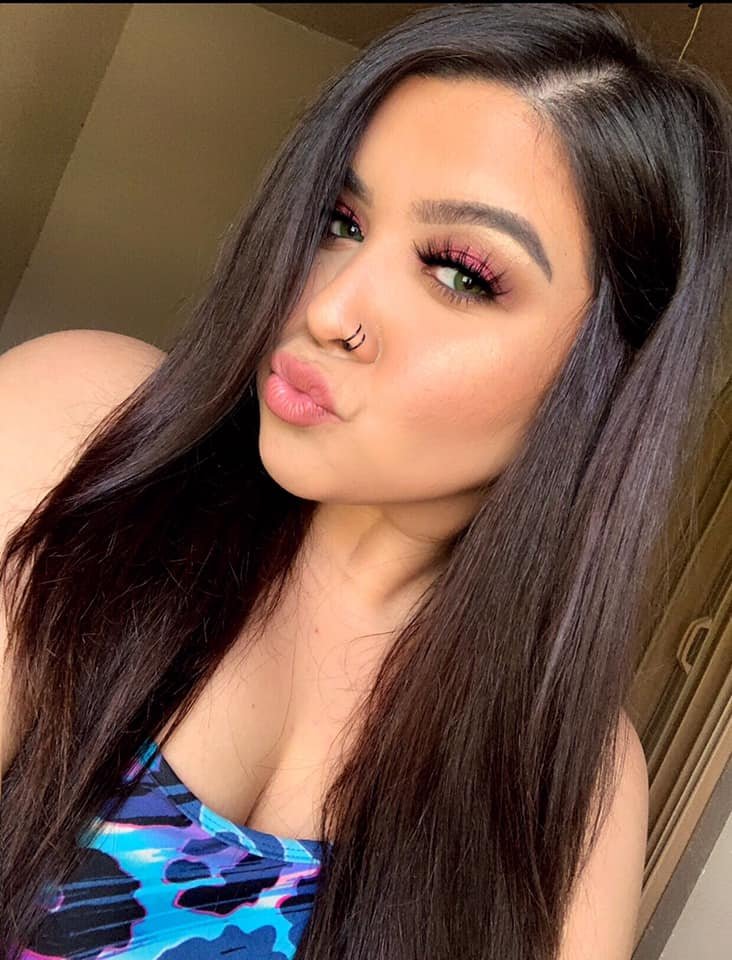 She said, "I understand where she’s coming from. I just wish she would have been a little nicer about it."

What do you think about what happened to Kristian? Let us know in the comments!