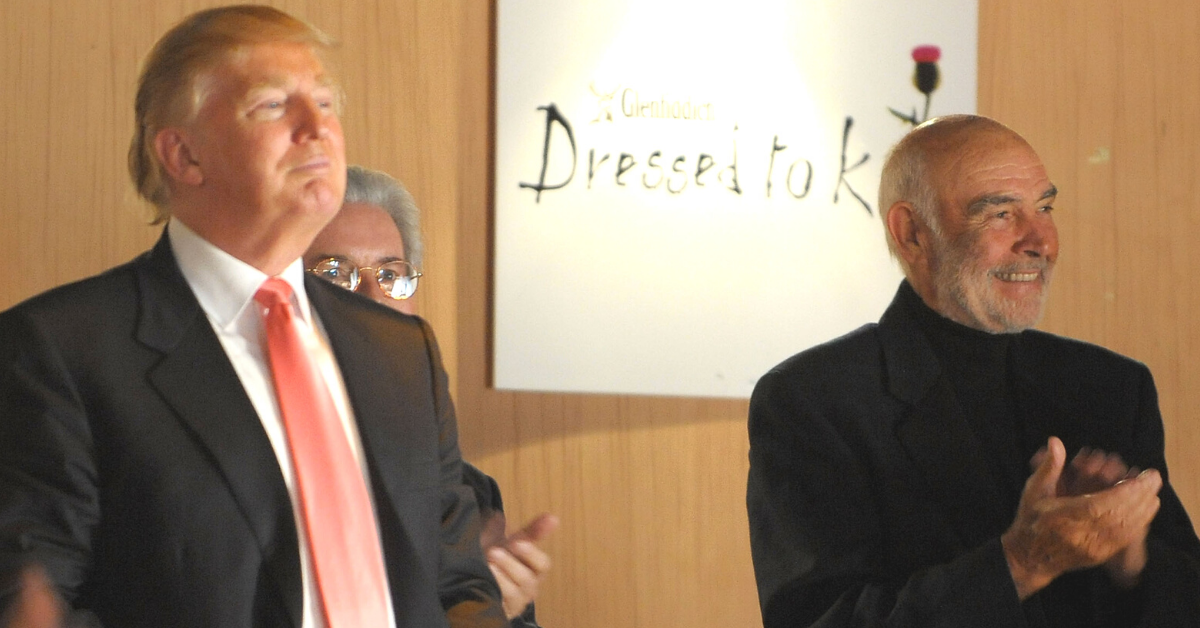 With the news of Hollywood icon Sean Connery's death, many celebrities took to social media to extend their condolences to the actor's friends and family members.

However, it seems the story President Trump shared was not totally accurate as he was just called out by Scottish officials.

Sean Connery was best known as being the first actor to portray James Bond in film.

The beloved actor died this past weekend at age 90, according to BBC.

He was also known for other films including *The Hunt for Red October, The Untouchables, Indiana Jones and the Last Crusade*, and *The Rock.*

Since the announcement of his passing, friends, family, and fans have taken to social media to remember the movie star.

Among the tributes was one from President Donald Trump.

“The legendary actor, 007 Sean Connery, has past [sic] on to even greener fairways. He was quite a guy, and a tough character. I was having a very hard time getting approvals for a big development in Scotland when Sean stepped in and shouted, ‘Let him build the damn thing,’” Trump tweeted.

He continued: "That was all I needed, everything went swimmingly from there. He was so highly regarded & respected in Scotland and beyond that years of future turmoil was avoided. Sean was a great actor and an even greater man. Sincere condolences to his family!"

However, Scottish officials are claiming that story is not actually accurate.

According to Vanity Fair, local government officials initially denied Trump allowances to build the golf course and resort, however, the Scottish government overturned the ruling in 2008.

At the time, Sean was quoted as praising the decision. "During tough economic times, this is a major vote of confidence in Scotland’s tourist industry and our ability to rise to the challenge,” he reportedly said. 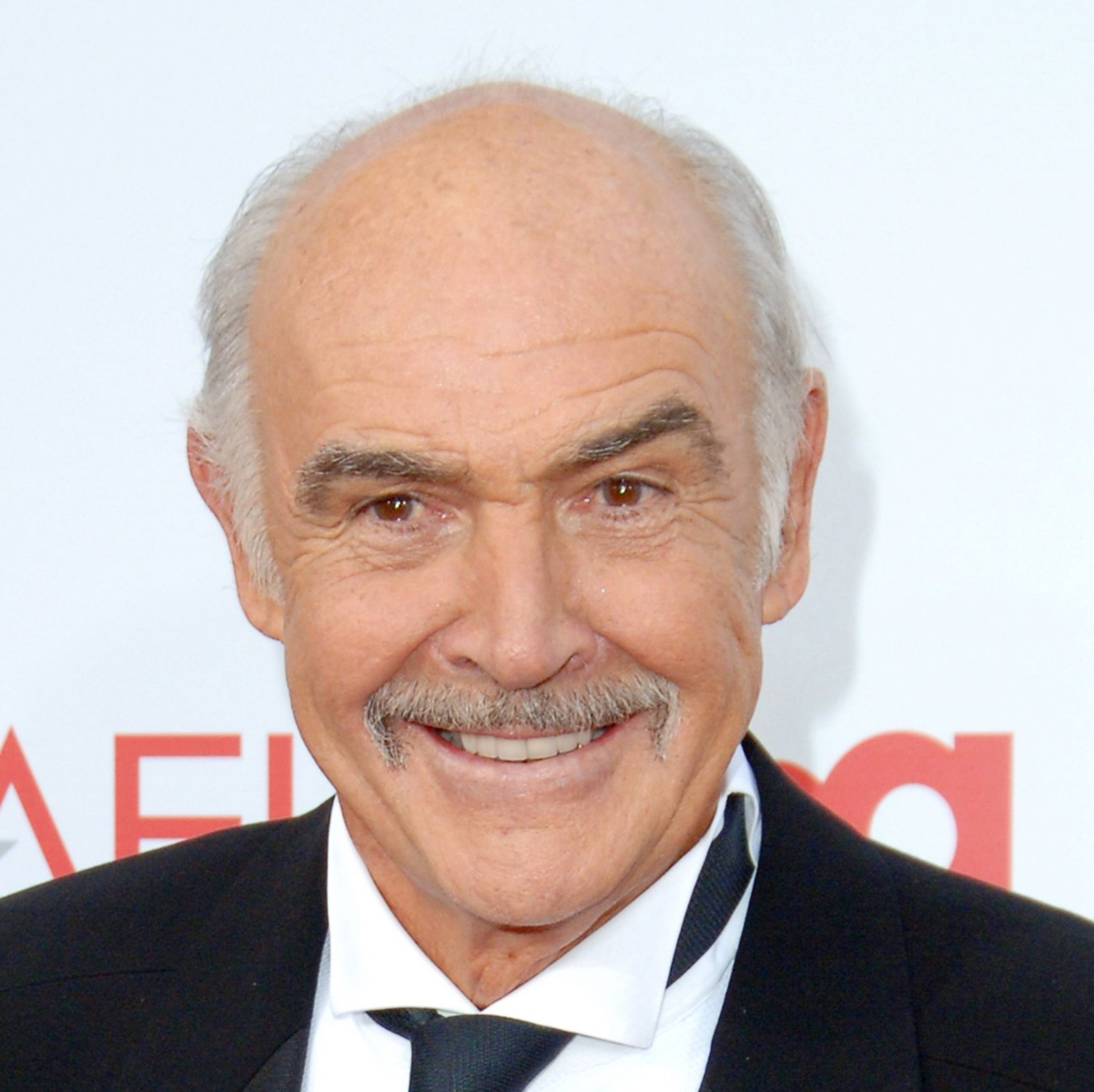 "I look forward to seeing a new gem in the north-east that is good for Aberdeenshire and good for Scotland."

However, according to Abdereenshire official Martin Ford, who presided over the local committee that initially barred Trump from development plans, the actor's words allegedly had no impact on the decision. 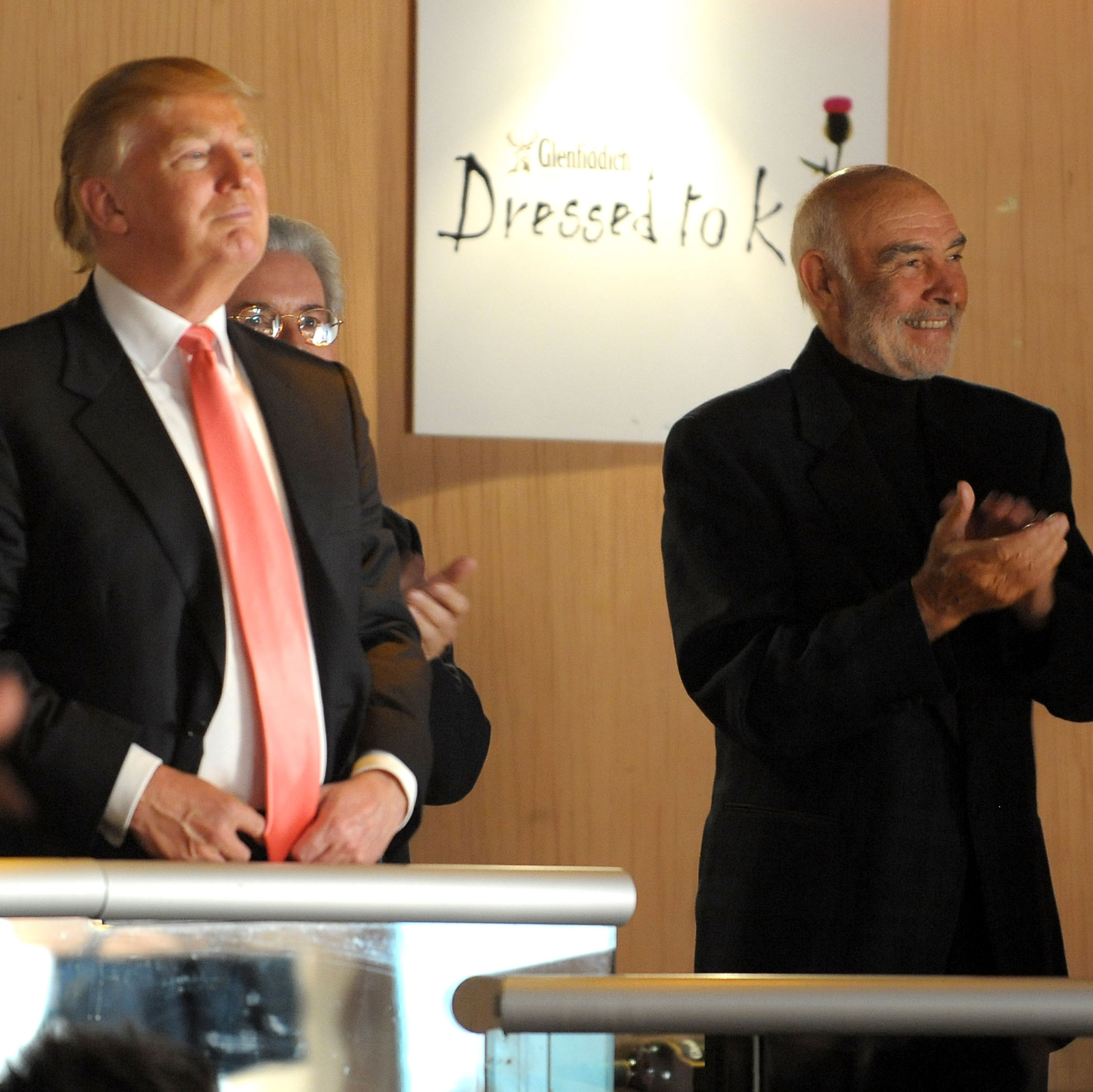 Ford said, in a statement to The Guardian, "Mr. Connery was not involved in the due process that led to the granting of planning permission for a golf resort at Menie."

"He did not submit a letter of representation to the council, appear at the planning hearing, or at the public local inquiry," he concluded.

Unsurprisingly, Ford wasn't the only official to call out Trump's claims.

Alex Salmond, Scotland's First Minister from 2007 to 2014, had this to say about the tweets: "Scotland and much of the world is mourning the loss of a great spirit. Sean Connery’s contribution and life’s work was immense, real and lasting and everyone with an ounce of class is reflecting upon just that today." 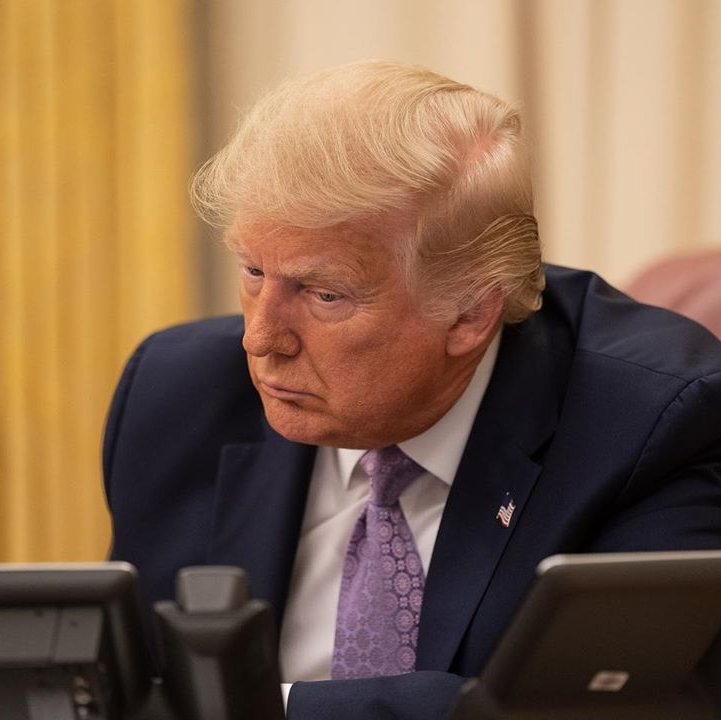 "Tributes are great from all sources but this is not a time for tweeting silly claims or indeed responding to them."

In addition to the backlash he received from Scottish officials, Trump was called out on social media for making the actor's death about himself.

"[S]omehow Donald manages to turn Mr. Bond’s obituary into a story about himself," tweeted @JENFL23.

In addition to making it about himself, the president also was called out for his spelling error.

He wrote "past on" instead of "passed on" in reference to Connery's death.

"Passed -- I prefer a President who could pass a 5th grade spelling test - grammar, history & math - as well," tweeted @CathyJoeGPT."

Donald Trump has yet to comment on the backlash from his alleged story.

Do you think the president was making Sean Connery's death all about himself? Let us know in the comments below.