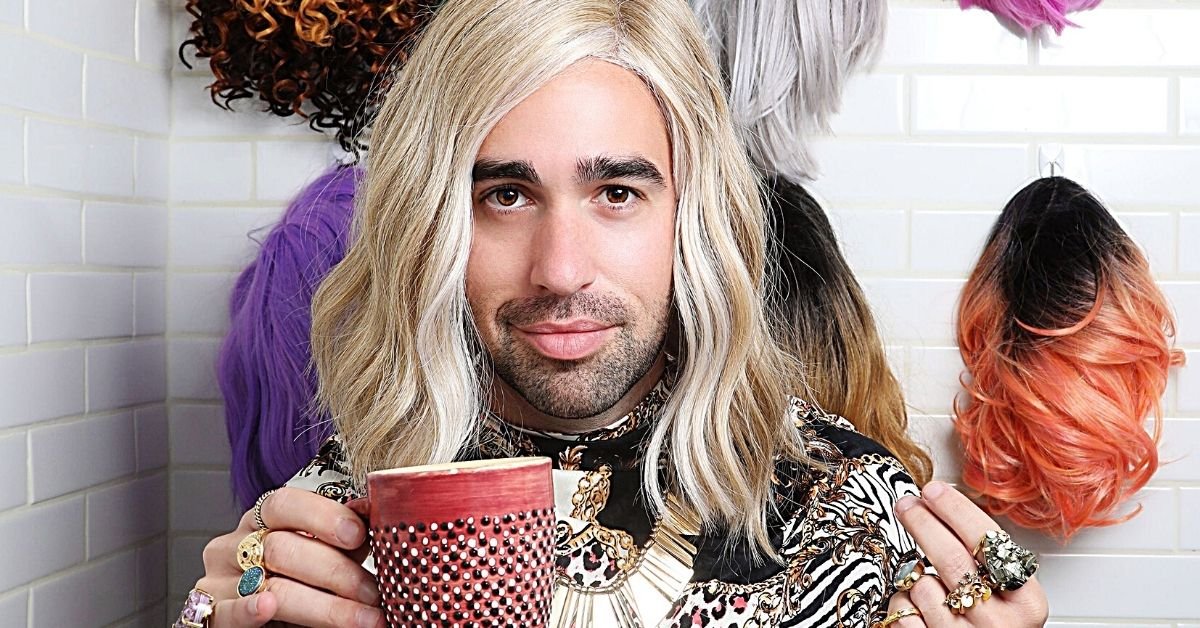 Michael Judson Berry is proving himself to be the next person to watch out for on both TikTok and the big screen. He has amassed 151.9K followers on the app and over a million likes on his videos.

Recently, he chatted with Diply about his the success of his TikTok show QuaranTeaTime with Moira Rose, and his award-winning feature film Milkwater.

And most importantly: how it felt to receive high praise from Catherine O'Hara herself.

Michael Judson Berry is officially TikTok famous, and that is all thanks to his hilarious impression of the fabulous Moira Rose, played by Catherine O'Hara, on *Schitt's Creek*. He decided to start these impressions, and this small TikTok Show, during quarantine as a way to shed some light and comfort during dark times. 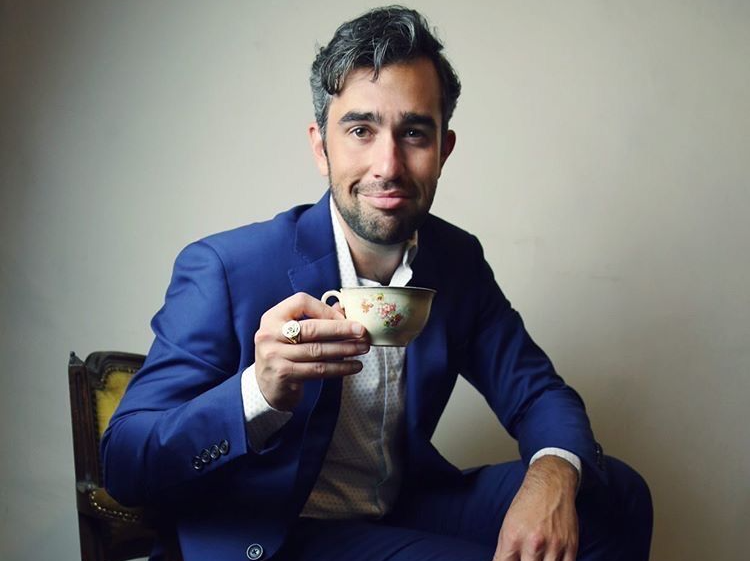 The show, called QuaranTeaTime with Moira Rose, has millions of views and keeps gaining followers daily. Berry is so brilliant with his videos, that he got recognized by O'Hara herself.

Naturally, receiving praise from her was all that he could wish for. "It was the greatest feeling in the world. Such a fan of hers for such a long time, well before Schitt’s Creek. To have her say that my impressions, my parody was really good, and that my writing was funny. I was beyond over the moon." he said. "It was one of those moments, where I saw that and I was like 'Cool, I’m done.'"

In fact, one of his friends, who is an accomplished writer was the first to congratulate him. "Just so you know, many of us consider Catherine O’Hara, you know, her taste is flawless. So for her to say that your writing is good, well that’s about the highest praise you’re ever going to get."

But being a TikTok star is not always fun and games. In fact, a lot of work goes into his show behind the scenes, considering he has to style himself, write the script, and then shoot it. 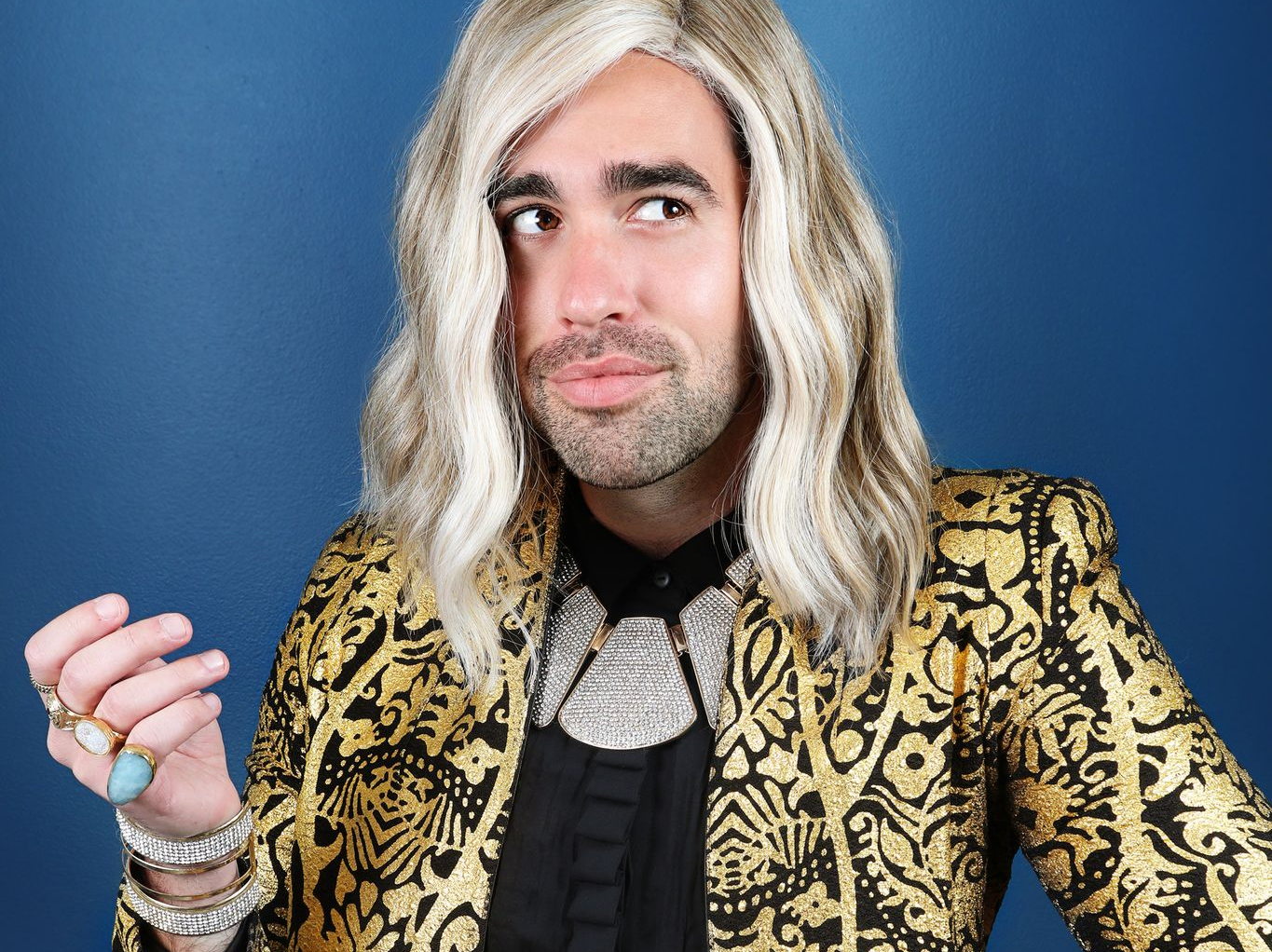 "At the beginning, I would just sort of improvise them and I would just do a few takes until I thought one was funny. And then once it became more popular, now it's like, okay let me take some time to write it out first and kind of play from there. Some I’ll get in two or three takes, and then some I’m sitting there for a couple of hours until I get one that I like."

But it’s not just the writing that takes so much time. The styling is just as important, especially when it concerns Moira Rose. Her fashion on the show is flawless, and a large part of that is due to her wigs. In fact, Berry has admitted that by now, he has accumulated about 20 wigs so far. Between people purchasing them for him, past Halloween costumes, and sponsorships, his collection is growing rapidly.

Even his fans have a say in what he names his wigs. Berry made it clear how important it is for him to have a good relationship with the people watching his videos. He takes great pleasure in reading all the comments on his videos and loves taking people’s opinions into account.

"It's fun to see an audience response to what they want the wigs to be called. I get most of my ideas from people, people will send me fun words, they challenge me, they'll say 'This is my favorite word, see if you can fit it into a video'. And it will always be something crazy." But that, he believes just adds to the enjoyment he gets in making his videos. 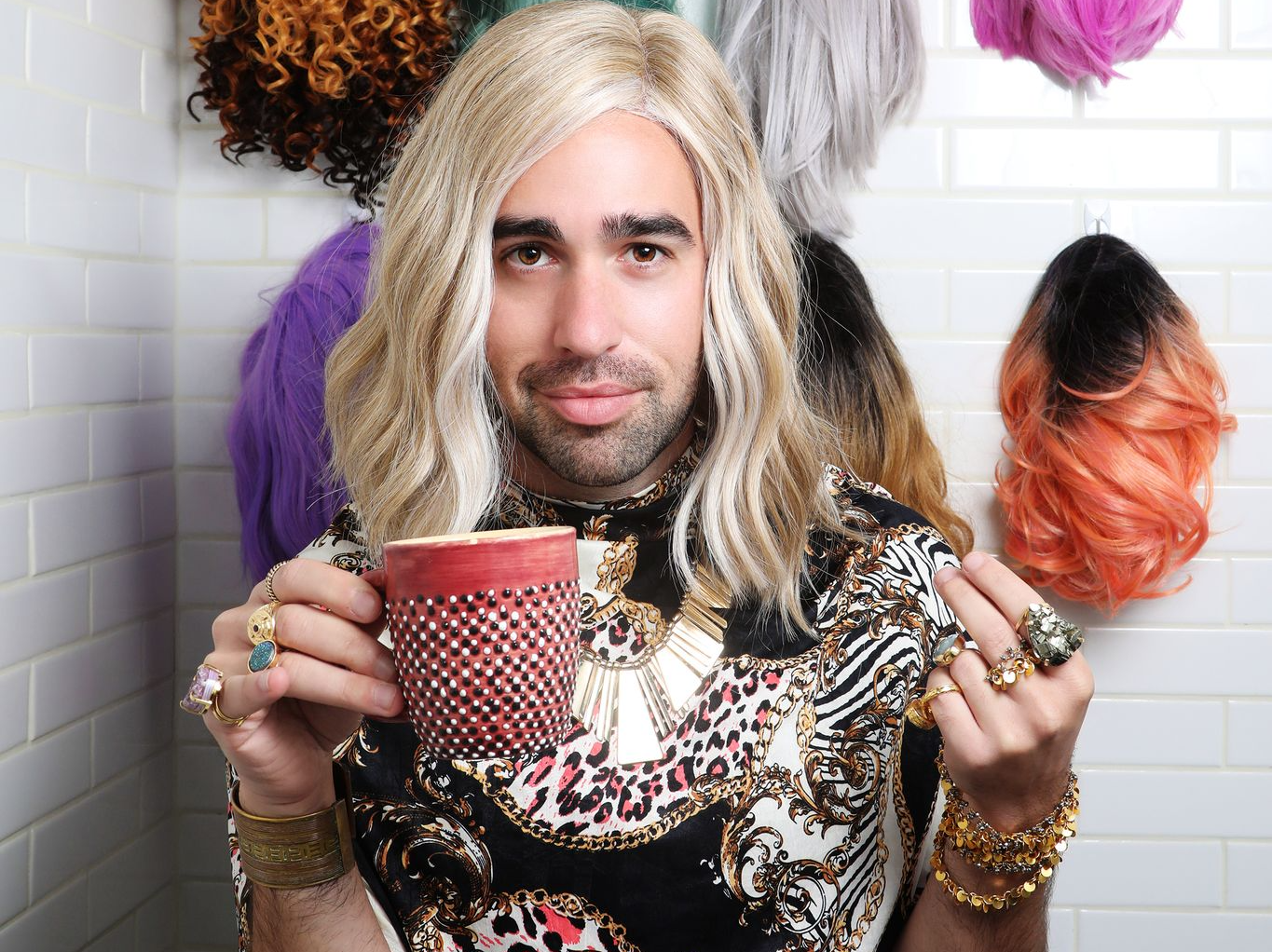 "It's really fun, I like that. I read pretty much every comment that I get. And I get a lot of constructive criticism or constructive ideas that I can use. It's great."

But Berry isn't only spending his time making hilarious TikToks. In fact, he recently completed his first feature film, titled Milkwater. The film tells the tale of a woman named Milo, played by Molly Bernard, who decides to become a surrogate for a gay man she meets at a bar.

Berry plays Teddy, who is the boyfriend of Milo's roommate George, played by Robin de Jesus.

He knows how lucky he got to be part of a movie that was so special and beautifully told. He credits the director, Morgan Ingari, who he says is “one of the nicest people on the planet”, for setting the tone on set and encouraging the cast to be friends. The film, he said was a “passion project” and because of Ingari’s leadership, allowed every day to be filled with fun, even though the film tackled serious situations. 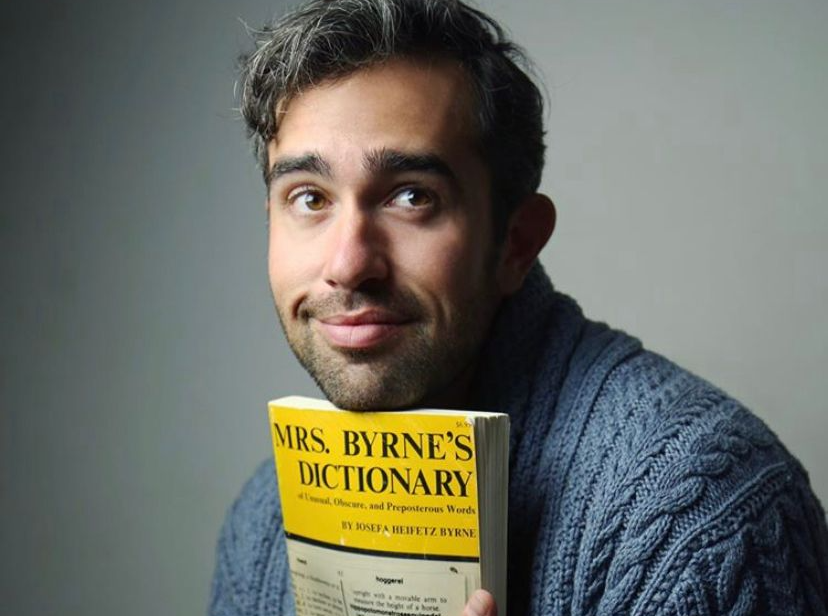 "I've been a fan of Robin for a long time, and so getting to play his boyfriend was really fun, and they're [Robin and Molly] such generally really lovely people."

Michael hit the jackpot feature film dream, considering he even got to improvise some of his lines.

"Morgan, the director who was really sweet, would let me improvise lines here and there. The script was written, and she would sort of let me play around with it. Which just made for a great time, it was a blast."

The film was well-received by critics and even won best screenplay at the Brooklyn film festival. "I’m so proud of it! It’s a great story. The script is beautiful. I’m very lucky to have been a part of it."

So what are his career goals now that he's putting his foot in the door of Hollywood? One of his dreams is to make it on *SNL* and work with A-Listers like Paul Rudd, Maggie Smith, Judi Dench, and Sir Ian McKellen. While he loves comedy and wants to flourish in that area, he is a lot more well versed in drama than people might think. He has a BFA in Theatre Arts from Boston University and graduated from the London Academy of Music and Dramatic Arts with a Masters in Classical Acting. 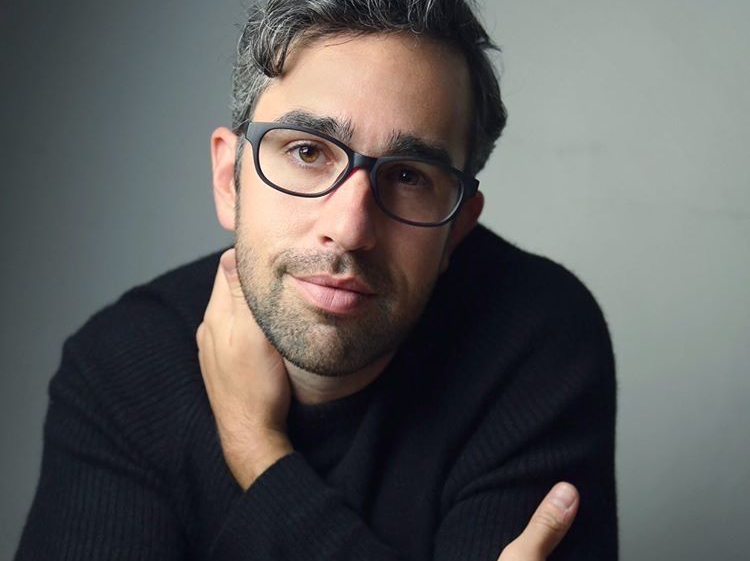 "When I was in grad school, I got a Masters in classical acting, mostly Shakespeare." The woman who taught him who he described as “terrifying, but wonderful” wouldn’t let him do any funny acting.

"I did mostly Shakespeare, mostly tough, very not funny characters. It was a nice realization that I'm capable of that too."

But he made it clear that his heart belongs to comedy, and that is the lane that he wants to keep exploring for the moment.

While he is currently doing some other impressions of major celebs like Henry Cavill, and the rest of the *Schitt’s Creek* cast, the only person who is getting their own TikTok show is Moira Rose. 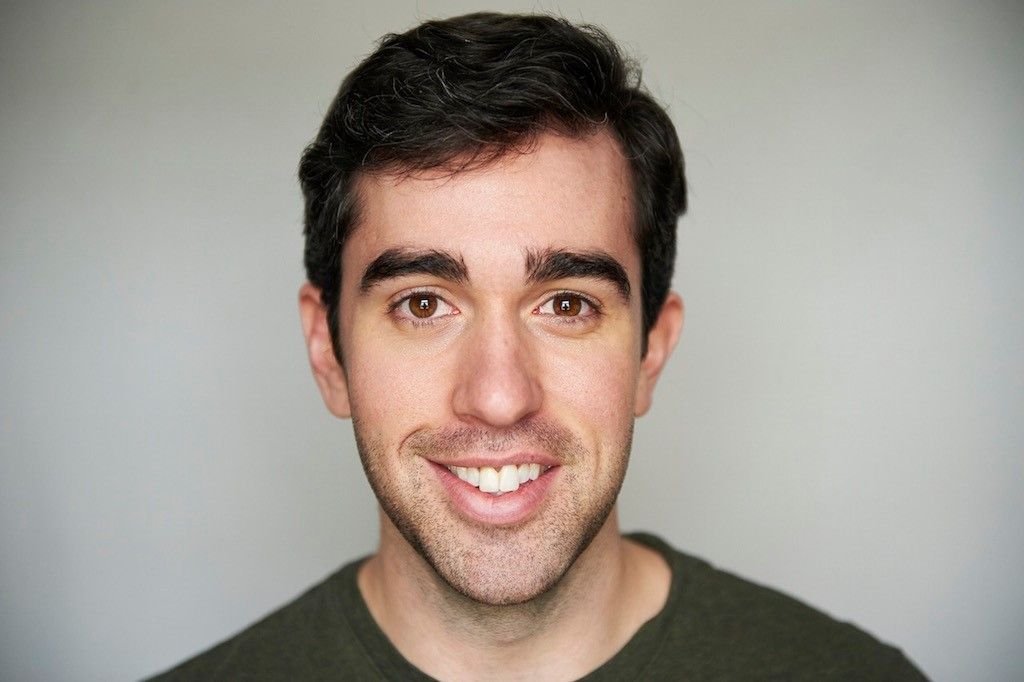 "I am sort of playing around with different, other characters, different avenues I can go down with different people, but right now I think Schitt’s Creek is such a comforting show for so many people especially during the pandemic."

Now more than ever, especially when considering the global issues humanity is facing, we need laughter and people who make us feel good. Thankfully, Michael Judson Berry is here to keep a smile on our face.

Be sure to check out his TikTok page and his YouTube for hilarious videos.