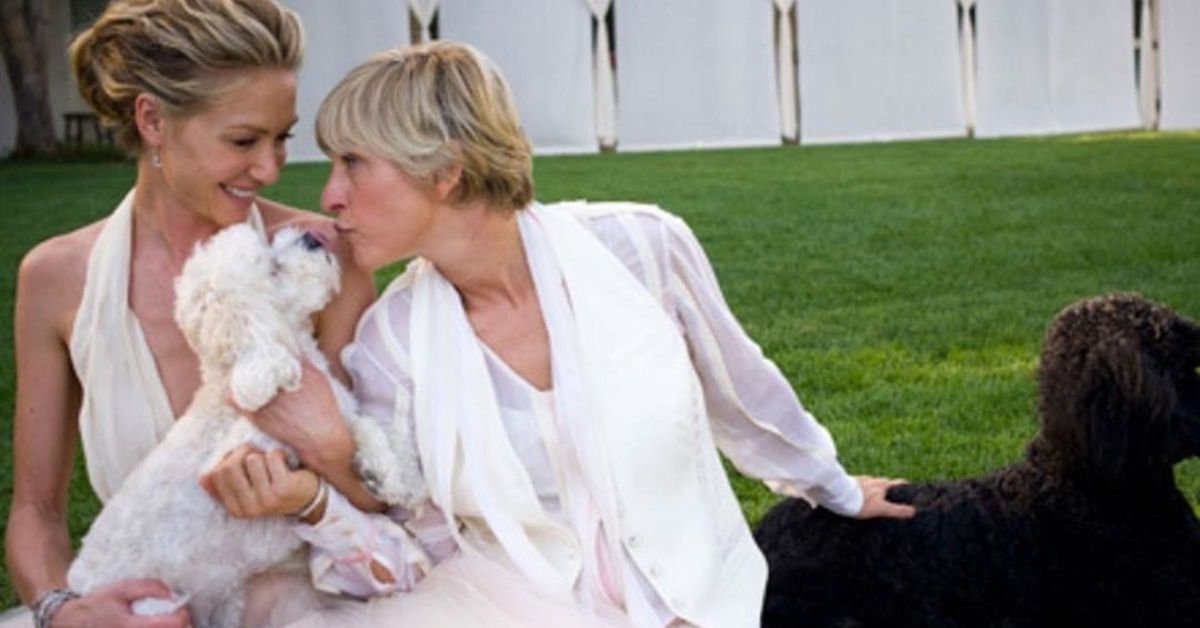 Ellen Degeneres and Portia de Rossi are one of the most influential couples in Hollywood.

They've been married for more than a decade with no signs of slowing down.

Below are 10+ facts about Ellen Degeneres and Portia de Rossi's relationship that fans didn't know. Get ready to dance and be sure to have a box of kleenex at the ready!

1. It was love at first sight for Portia de Rossi.

During their first interview as a married couple, Oprah asked Portia at what point did she realize that Ellen was the one for her. Portia's reply was that she knew from the very first time they locked eyes.

But it would take her 3 years to tell Ellen how she felt.

At the time, Portia was not yet out in the world as a gay woman. 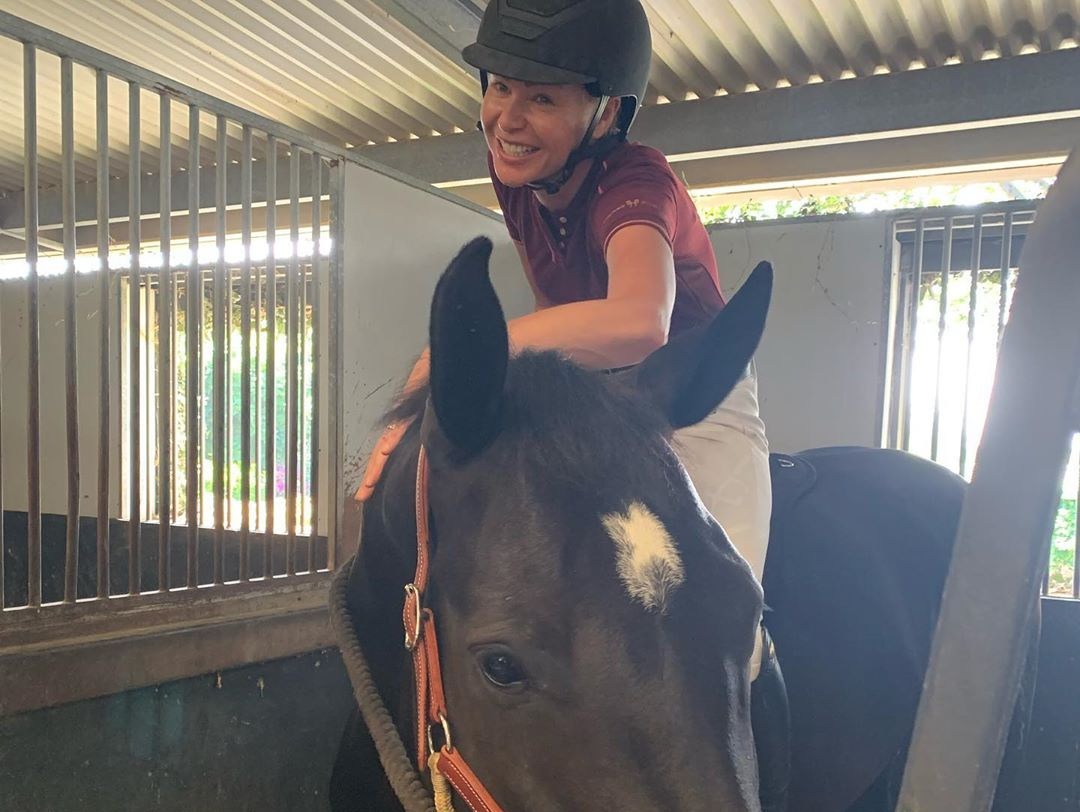 By Portia's own admission, she was "closeted" and incredibly fearful of the opinions of others. She had concerns that 'outing' herself might mean the end of her career.

"So I wasn't about to date the most famous lesbian in the world," Portia joked on Oprah.

2. Portia credits Ellen with helping to shift the global perspective on homosexuality. 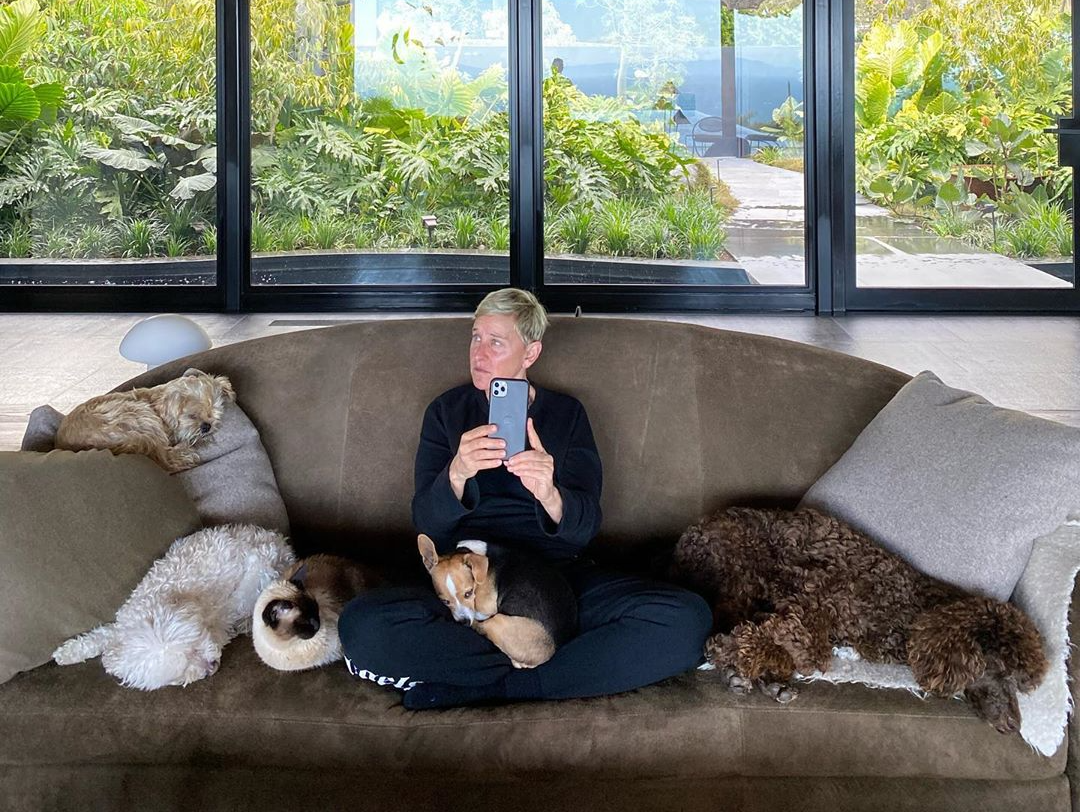 During an interview with The Advocate, Portia spoke openly about her admiration for her partner.

She commended Ellen on her strength for being so openly proud of who she was — especially in a time like the '90s.

3. There's one quality that Ellen admires in Portia above all others.

It probably won't surprise you to learn that what Ellen admires most about Portia is her sense of humor. Which makes a lot of sense, especially if you're a fan of Arrested Development. 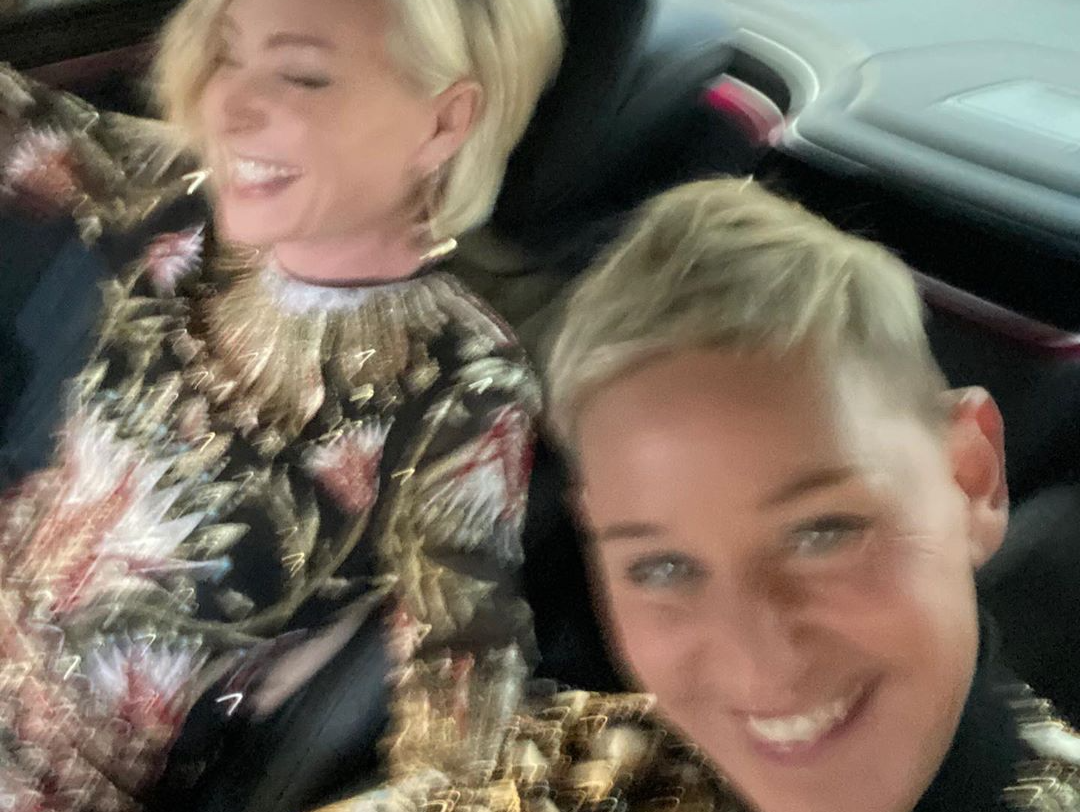 After years of mustering the courage, Portia was ready. She could be honest with herself and follow her heart without fear of persecution.

She and Ellen began chatting backstage and started dating that very night.

5. Portia and Ellen were one of the first openly gay celebrity couples to get married! 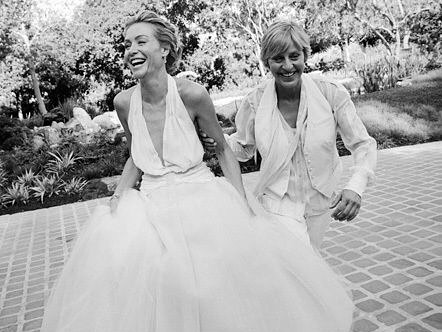 Once the State of California introduced Proposition 8, Ellen and Portia were wed shortly thereafter.

Ellen has said that marrying Portia was one of the greatest and happiest moments of her life.

Back in 2010, Portia filed paperwork to legally change her name to Portia Lee James DeGeneres.

This happened just a few days after Proposition 8 was overturned in the state of California. For Portia, it was as symbolic as it was practical.

Traditionally, the ten-year-anniversary is marked with a gift of tin or aluminum. Ellen and Portia instead chose to share a touching video of private moments from their wedding day.

They renewed their vows at a closed ceremony in Australia.

8. They're one of the most powerful couples in Hollywood. 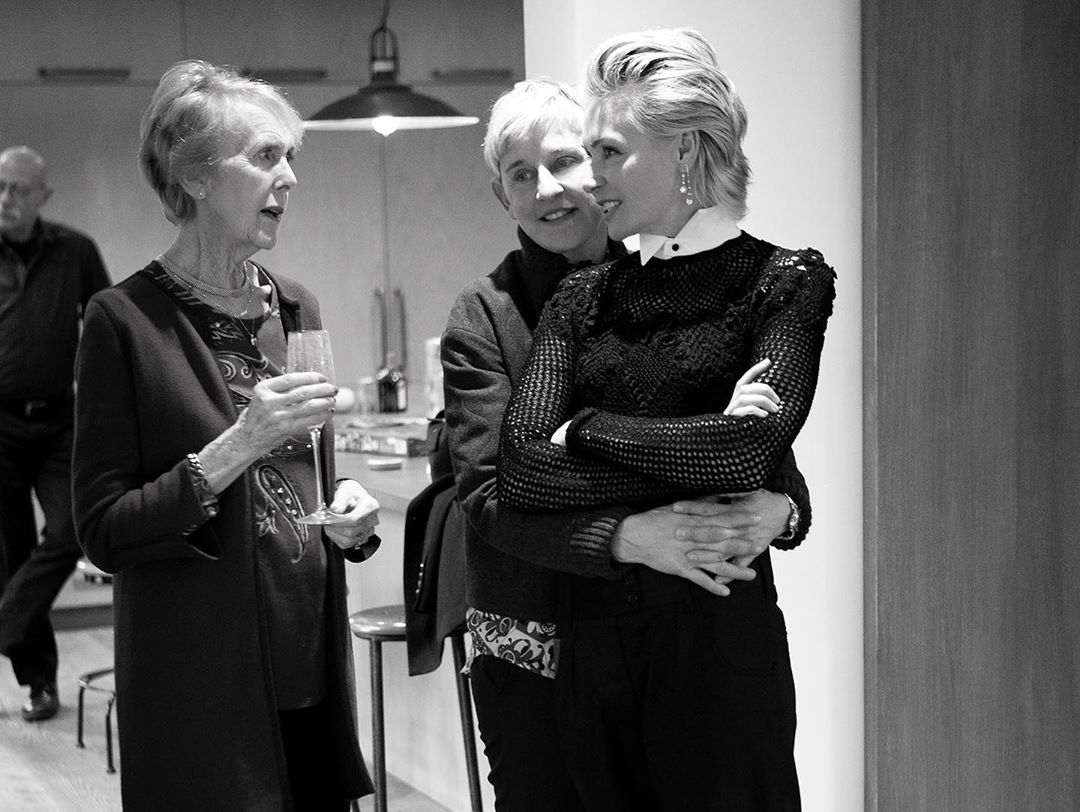 Portia de Rossi has an incredibly impressive personal net worth of close to $50 million.

Ellen, on the other hand, owns a massive media empire worth close to $330 million dollars.

9. There is a significant age difference between them! 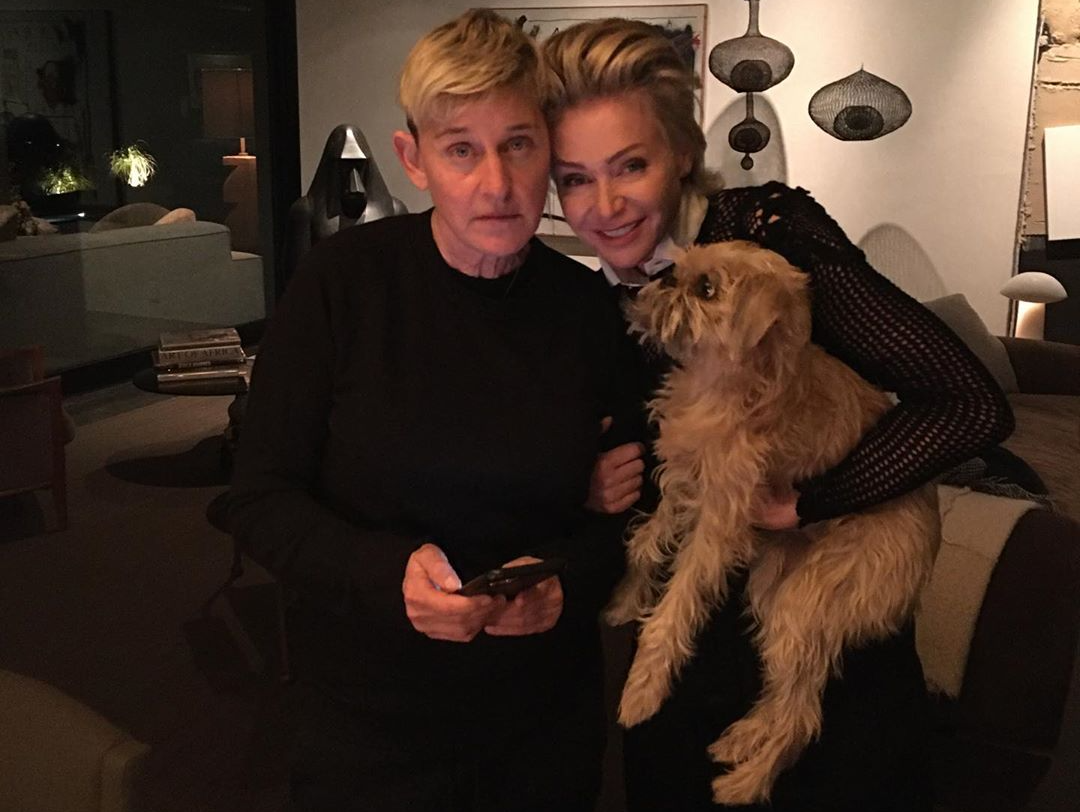 Call me a hopeless romantic but I'm a firm believer that true love knows no bounds. It defies gender, sexuality, ethnicity, age, and anything else people will try to throw at it.

While there is a 15-year age gap between the couple, you'd never know it.

10. Both Ellen and Portia love their dogs. 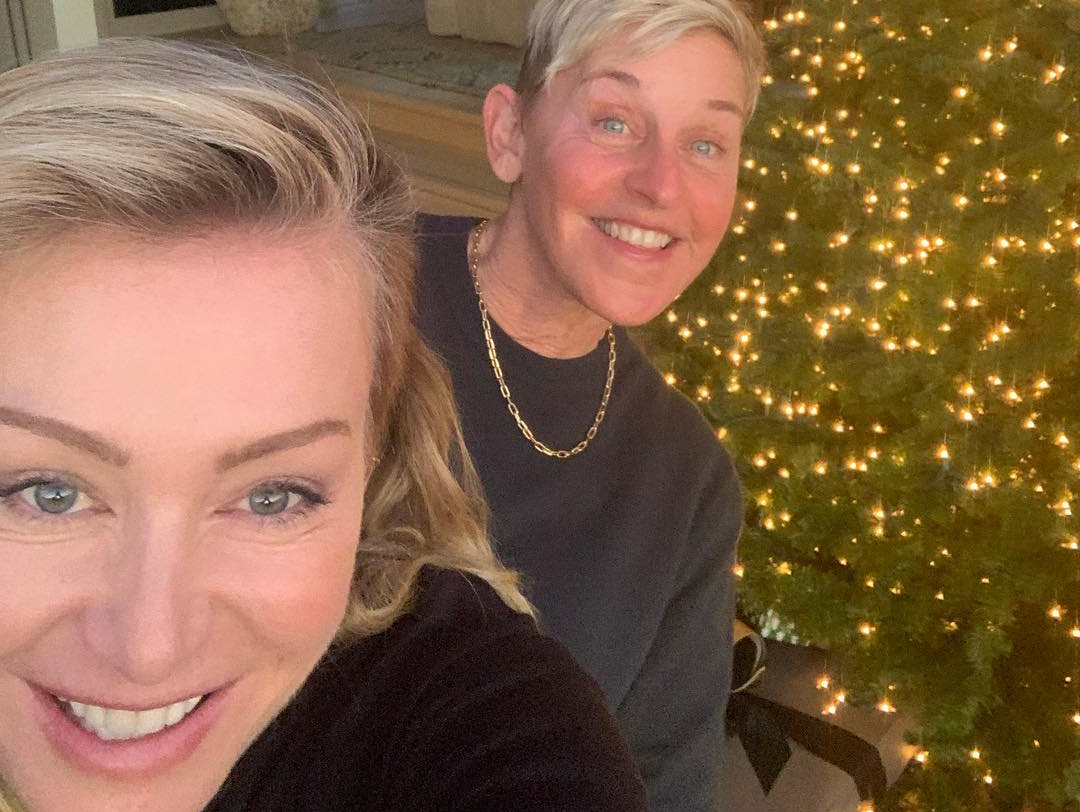 One of their favorite things to do as a couple is to go on walks with their furry friends!

Ellen and Portia also work closely with a number of animal charities and shelters.

11. Ellen and Portia flip houses together! 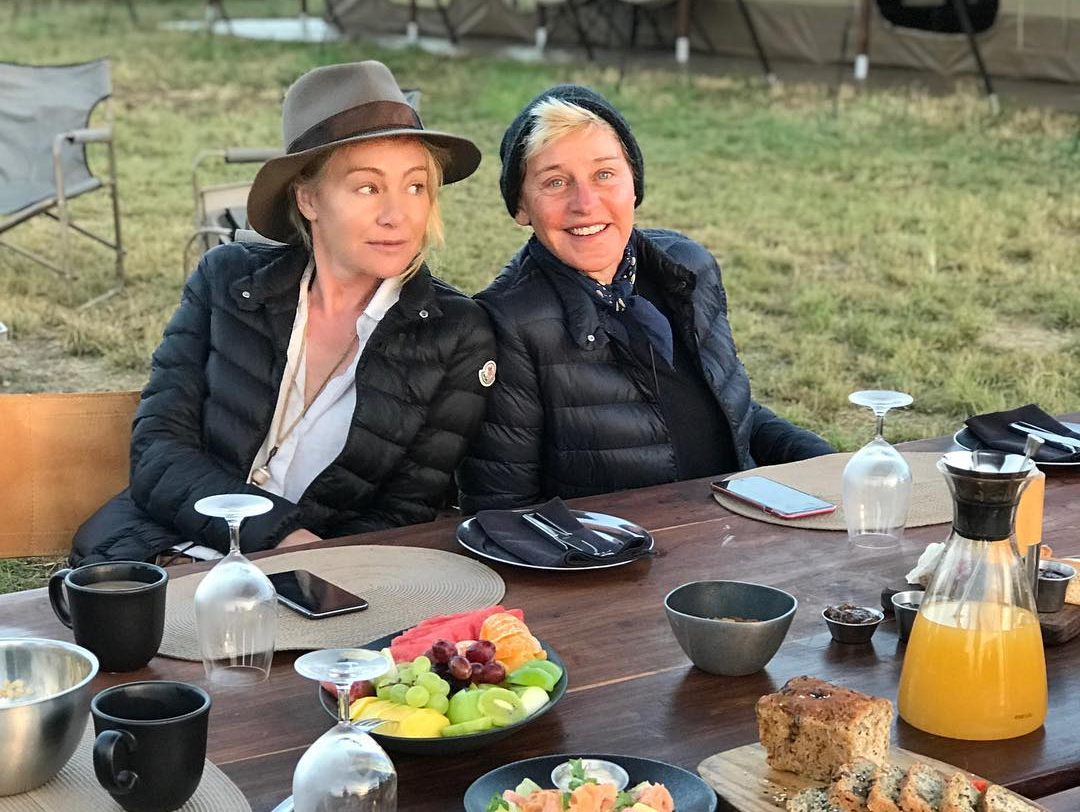 They've become quite the real estate moguls over the years. The pair have sold homes ranging everywhere from $6 million dollars to sometimes upwards of $20 million!

While the profits are undeniable, Ellen claims it's not what motivates her to do it. 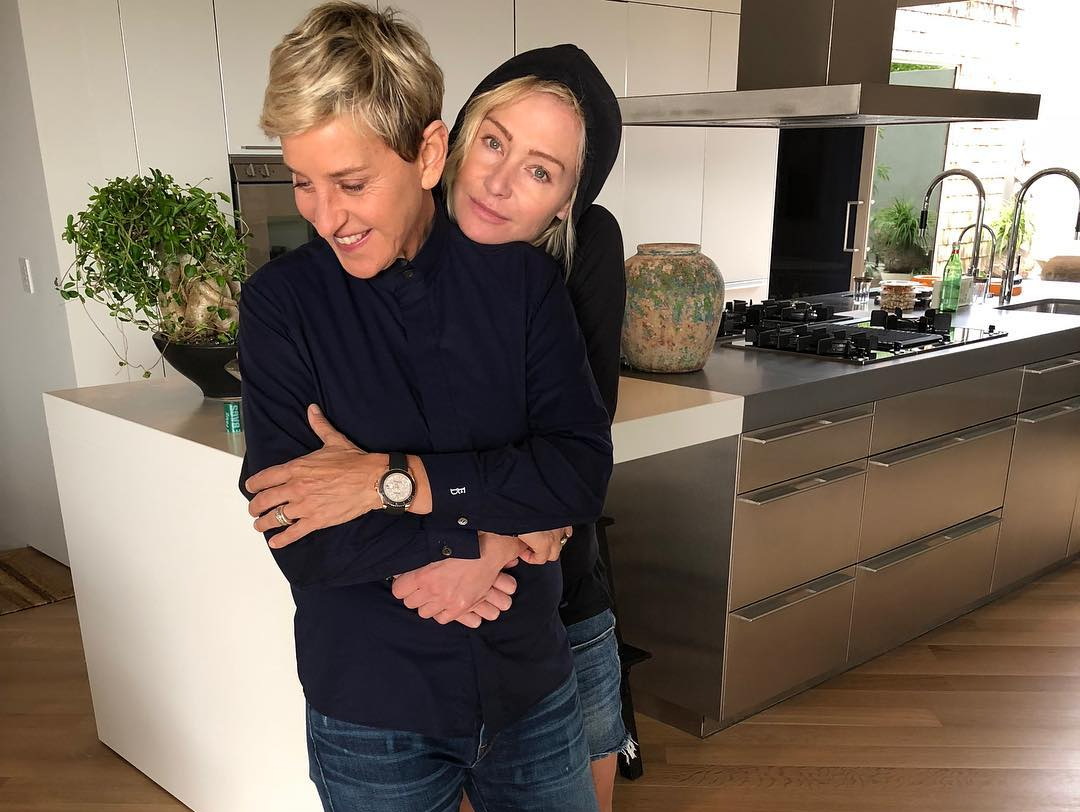 Rumors had been circulating for a while that Portia wouldn't be returning for the final season of Arrested Development. Luckily for fans, she ended up being written into five episodes.

However, she left no doubt that it would be the last time we'd ever see Lindsay Bluth.

One of Ellen's heroes is Dian Fossey, author of the acclaimed novel "Gorillas in the Mist." Ellen herself is a wildlife activist and has spent her life trying to help at-risk and endangered species.

For her 60th birthday, Portia opened a gorilla sanctuary in Ellen's name.

14. The couple have a very unique approach to gossip in the news. 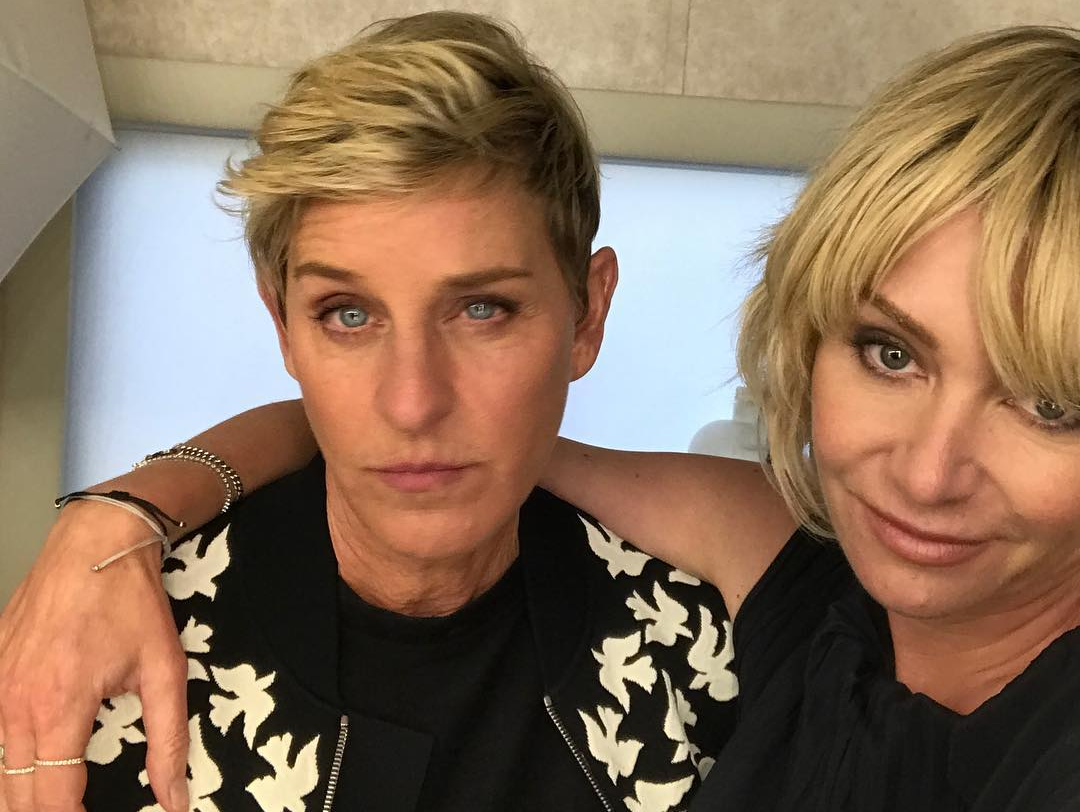 Recently, Portia and Ellen have come under fire in the media but Portia just laughs it off. She jokes that she and Ellen are now getting the same treatment as every other celebrity couple.

“That means there is an acceptance for this,” Portia told Us Weekly.