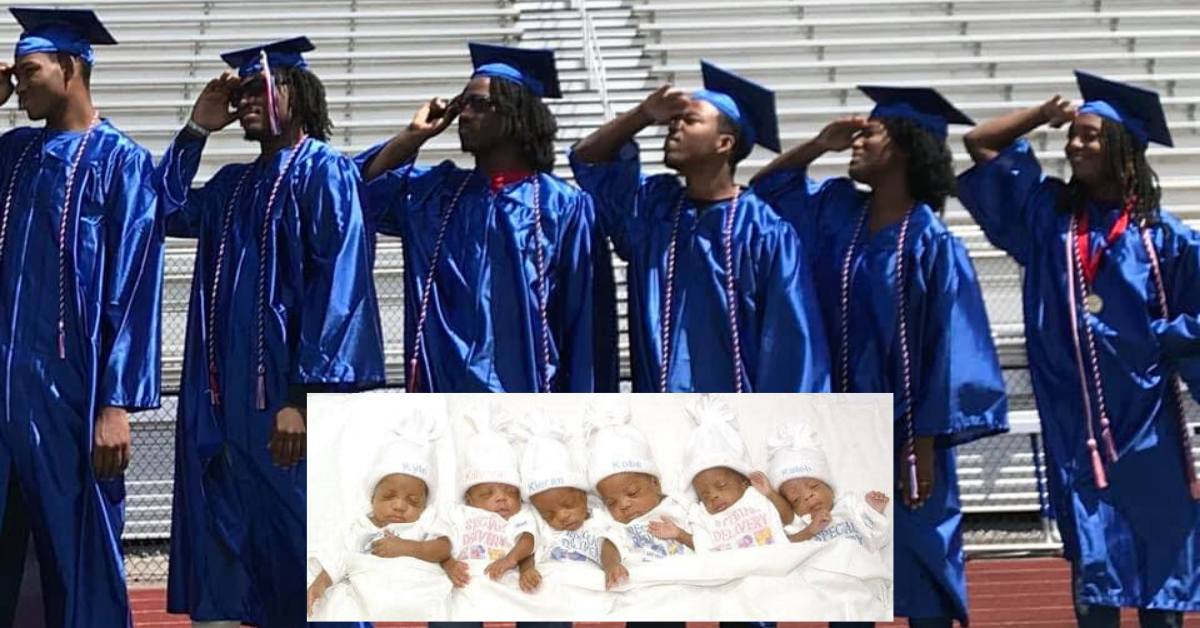 The first-ever surviving set of Black sextuplet children have just graduated from high school, and all six siblings are set to continue their post-secondary education in their home state of Alabama this fall.

According to Today, Kiera, Kaylynne, Kaleb, Kieran, Kobe, and Kyle, who were all once so small they could fit in the palm of their father's hand, are now officially high school graduates, all armed with big plans for their futures.

In 2002, Chris and Diamond Harris became parents to six miracle babies, delivered via C-section at 26.5 weeks. The news of their larger-than-life brood certainly came as a surprise to the couple, who were already parents to Dewayne, Diamond's five-year-old son from a previous marriage.

Chris and Diamond struggled to get pregnant on their own, and eventually turned to fertility drugs, resulting in what would turn out to be quite the incredible pregnancy.

At first, the couple were told they were expecting twins, which was certainly surprise enough. 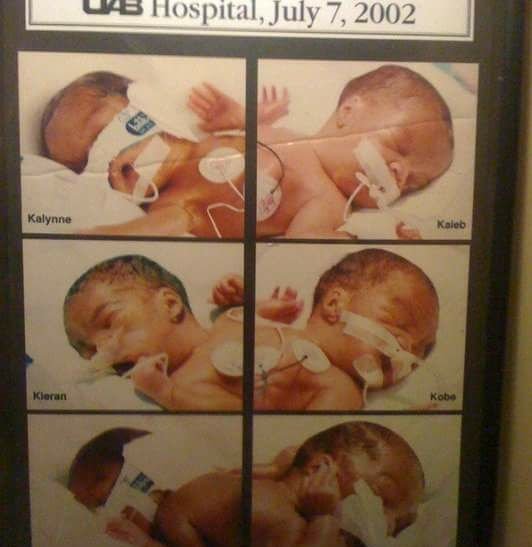 However, it wasn't until Diamond went for a sonogram that they learned there were actually five babies inside her belly. And then, of course, during delivery, they were offered one more surprise when that number jumped to six.

In just one day, their family grew by half a dozen, and America got its first-ever set of surviving Black sextuplets. But the celebrations would have to wait. First, the children needed to recover from their dangerously early birth.

In a 2003 interview with Dateline, the new parents revealed their children needed ventilators for the first two days after their birth to help them breathe. But even once they were able to breathe on their own, there was still cause for concern.

“Kaleb worried me, because he was like transparent almost," Chris said. "I could see his organs. I could see his veins and I was really, really worried.”

Thankfully, by October of 2002 all of the babies were healthy enough to head home with their parents. 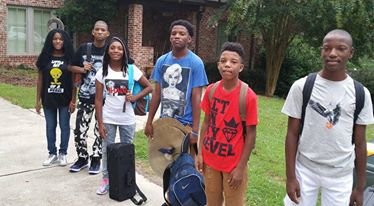 Eighteen years later, after defying all the odds stacked against them, all children (four boys and two girls) are now happy, healthy adults and have all earned their high school diplomas. 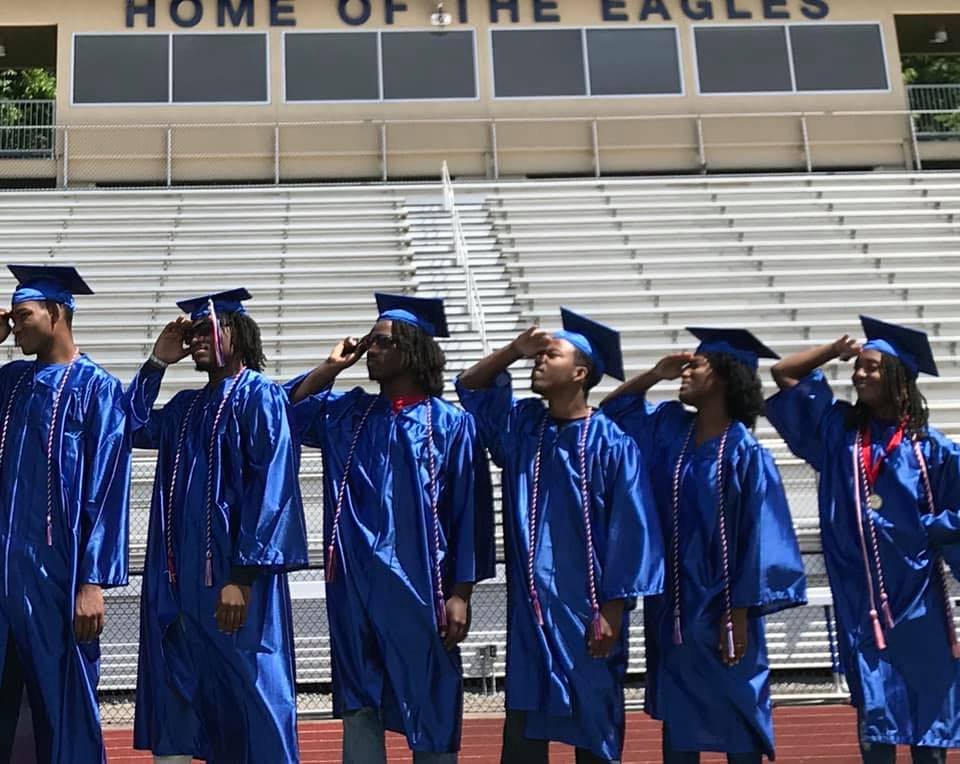 The photo was posted to his Facebook where it has nearly 400 likes from proud family and friends.

"These kids have been my life for almost 18 years," Chris told Today. "They have been my reason, I keep reminding myself it’s just going to be different, but everything will be OK.”

Chris and Diamond explained that each of their children will be pursuing further education in the fall, and are all staying in Alabama. 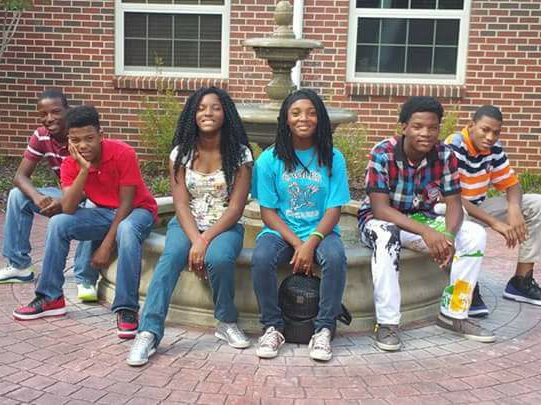 As for the boys, Kaleb, considered the "father figure" of the six, is going to Alabama A&M for computer science while his "thoughtful" brother, Kieran, is attending the same school for art. Kobe, described by his parents as "Mr. Smooth," will be joining Kaylynne at Alabama State to play basketball.

Standing at 6-foot-4, the final sibling, Kyle, is known as the "Gentle Giant" of the family. He has autism, and will be taking a life skills program in the fall.

Although some things have changed over the years (Diamond and Chris divorced in 2012), the family remains tight-knit and full of lots of love for each other. 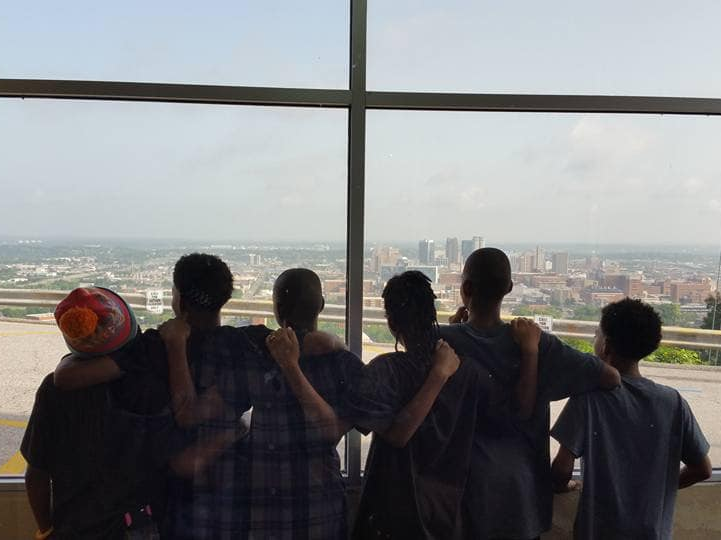 Chris told Today that he'll miss helping his kids with projects and having Monday night pizza, while Diamond admitted she'll miss listening to the six of them communicate with each other in a language only they can understand.

“No one else can understand what they’re saying,” she said. “I’ll be like 'Slow down, enunciate.' And they look at me all confused, like ‘how did you not catch that?’ It’s been that way since they started talking."