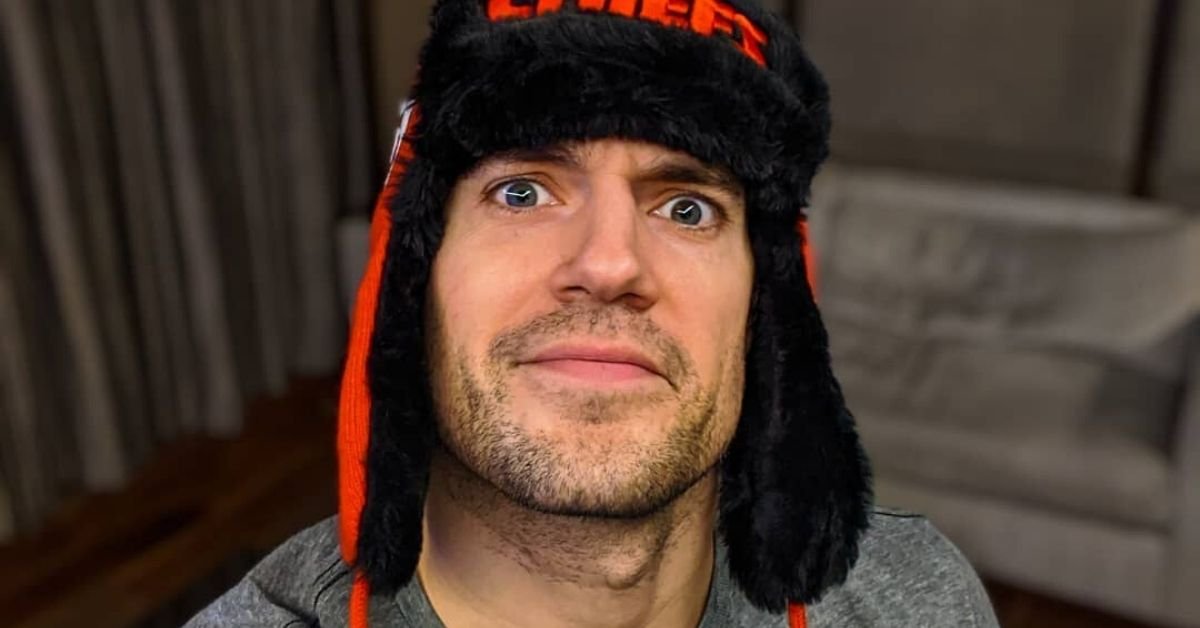 10+ Celebs Who Won Over Their Fans Through Acts Of Kindness

Kill your heroes, that's how the saying goes. Basically it means that you should never meet your idols, for fear that they don't live up to your expectations.

However, there are those stars who are incredibly humble and generous toward their fans.

Take a peek at these 10+ celebs who won their fans over through acts of kindness. Have fun!

Reddit user TheJadeSF said Robin waited around after an event for Make-A-Wish:

"He made it a point to stick around and told his staff, “I think that woman wanted a photo,” and made sure she got it. Mom was thrilled." 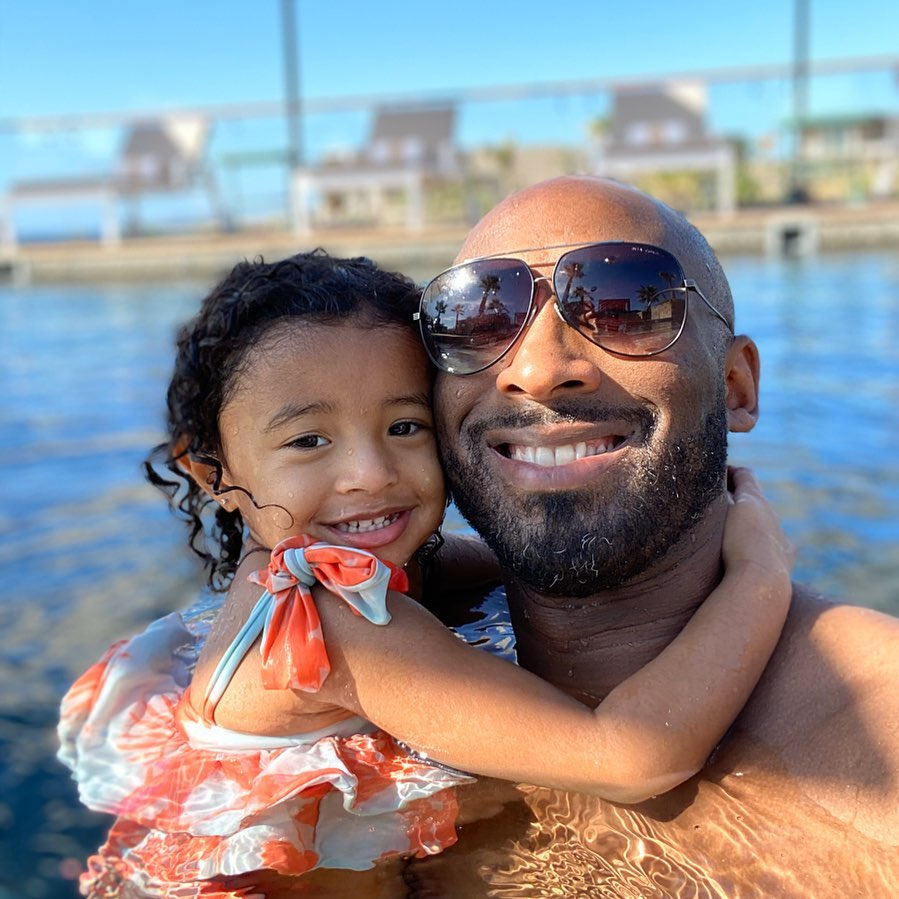 Kobe's kindness will never be forgotten by Reddit user psilvvy19:

"He was so nice and asked me questions about my basketball team and then handed me a game ball. I will never forget that." 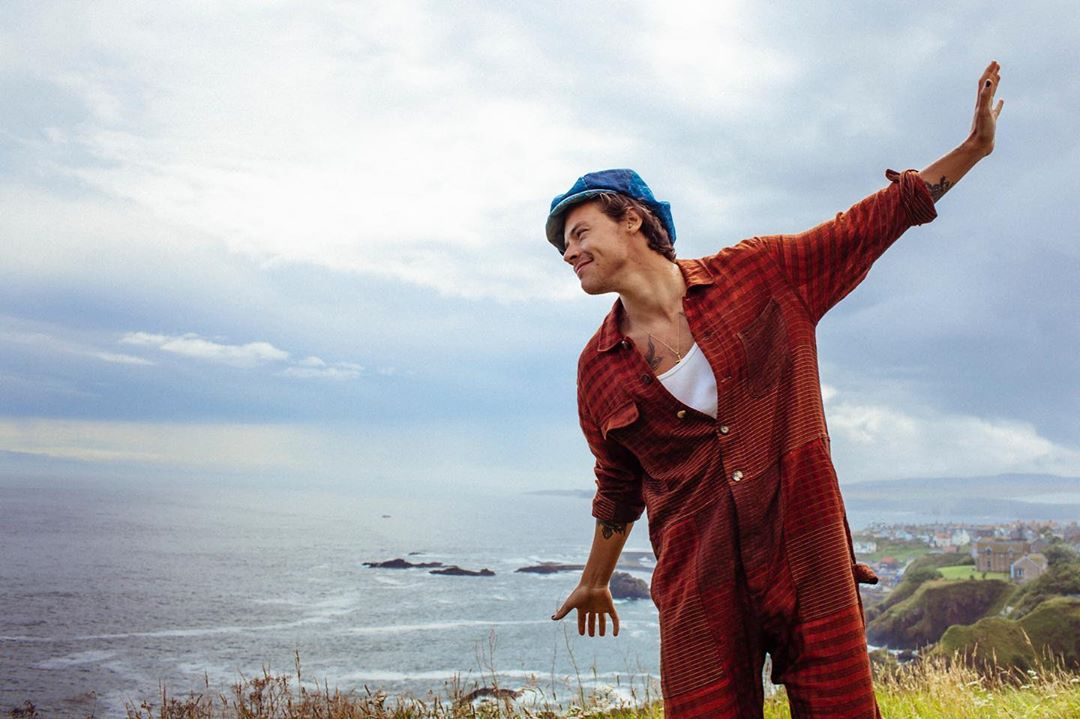 "I was outside a restaurant in Hollywood trying to pick up my take out order, but couldn’t go in because I was with my puppy. Harry Styles saw my predicament, tapped me on the shoulder, and said he could watch Oscar while I went in. What a guy!"

This makes us love Harry even more @rorydcarroll.

"I served Daniel Radcliffe his dessert at an event, and tripped and spilled some of it on him, probably due to the fact that I realized that I was serving Daniel Radcliffe, and he stood up and started apologizing profusely to ME. He was very sweet and asking if I was ok."

I'd be nervous too eggsmashumactually.

"My husband and I watched as Sinbad walked through a crowded airport gate unnoticed because everyone was on their phones and laptops. He was super nice and was like, “C’mon get this picture!!!”

Talk about a blast from the past @bRHOwn_eyedgirl.

"My angsty self was a huge fan, and someone told her, so she sat me down for a talk, answered all my questions, and signed all my stuff. She was really kind and caring and a little shy."

What a beautiful encounter runninlikeabandit.

Tom Waits knows how to appreciate the local buskers, according to scrabapple:

"He gave each of us a $100 bill. He was super nice and wanted to support us for playing odd music, because we had an accordion and a washboard."

"Just overwhelmingly positive and happy, especially if you ask him about space. There was an instance where he was asked about NASA and proceeded to throw his leg on a table and pull up his pants leg to show off his NASA socks."

To infinity and beyond, MalismMaggie! 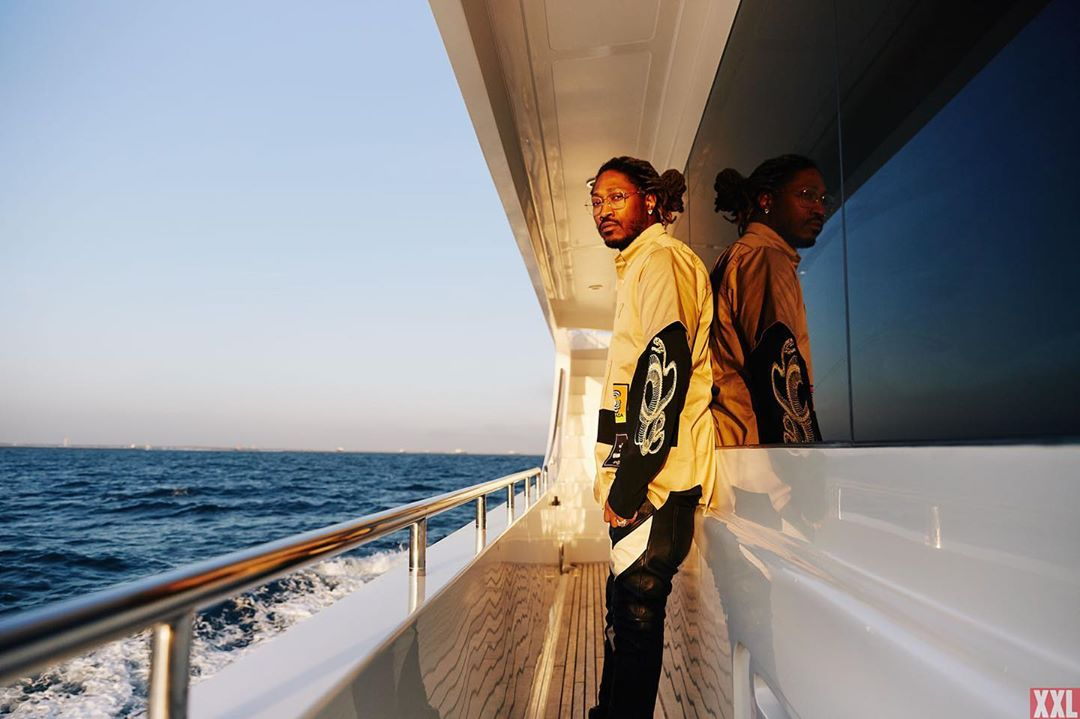 "Pointed him out and told him that I listen to his mixtapes, one of his entourage dismissed me. Before they left I asked him could I get a pic and he MADE the entourage guy who dismissed me take the picture of us!"

"James Arthur casually walks by us eating a chicken salad sandwich. We obviously weren’t sure if it was him, so to check I shouted, “James Arthur!” He came over and got pics with us all and chatted and was so so nice and humble." 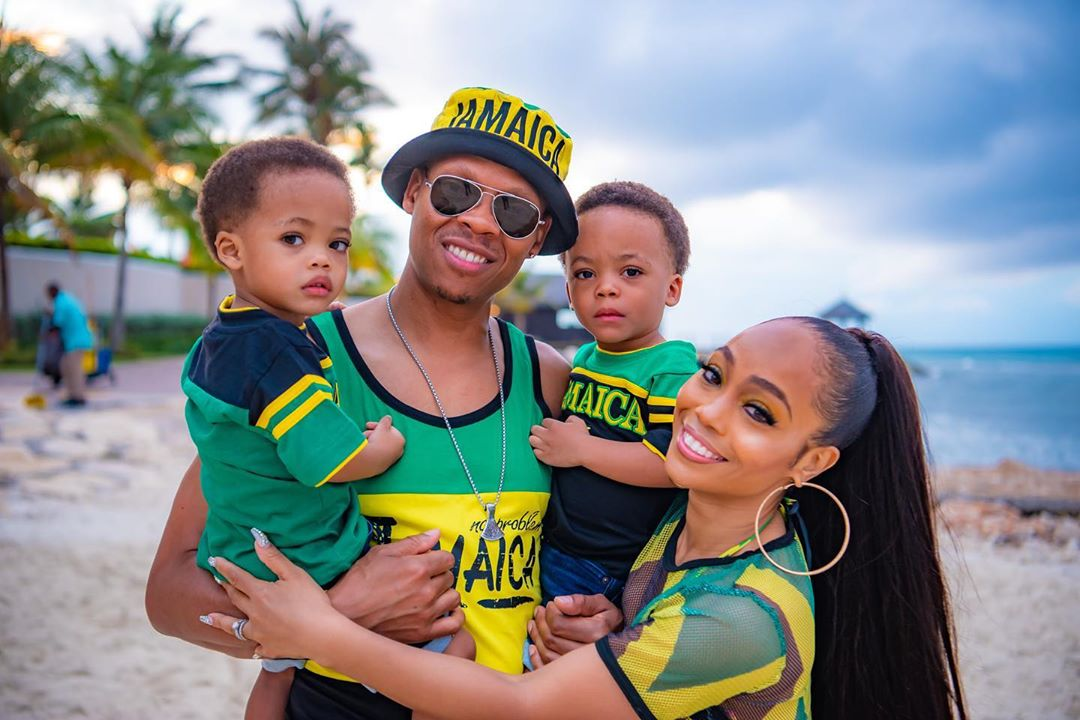 "I picked up Ronnie DeVoe in my car as a Lyft driver and happened to be playing New Edition from my ITunes play list. I looked in the rearview mirror and noticed it was him, and he was smiling. Omg he was so nice!"

"Met the extremely lovely Benedict Cumberbatch when he was filming Sherlock at my office. Later got told off by a member of the production crew for peeping at him topless (hahaha)."

This one requires more explanation @Amy__Turtle. 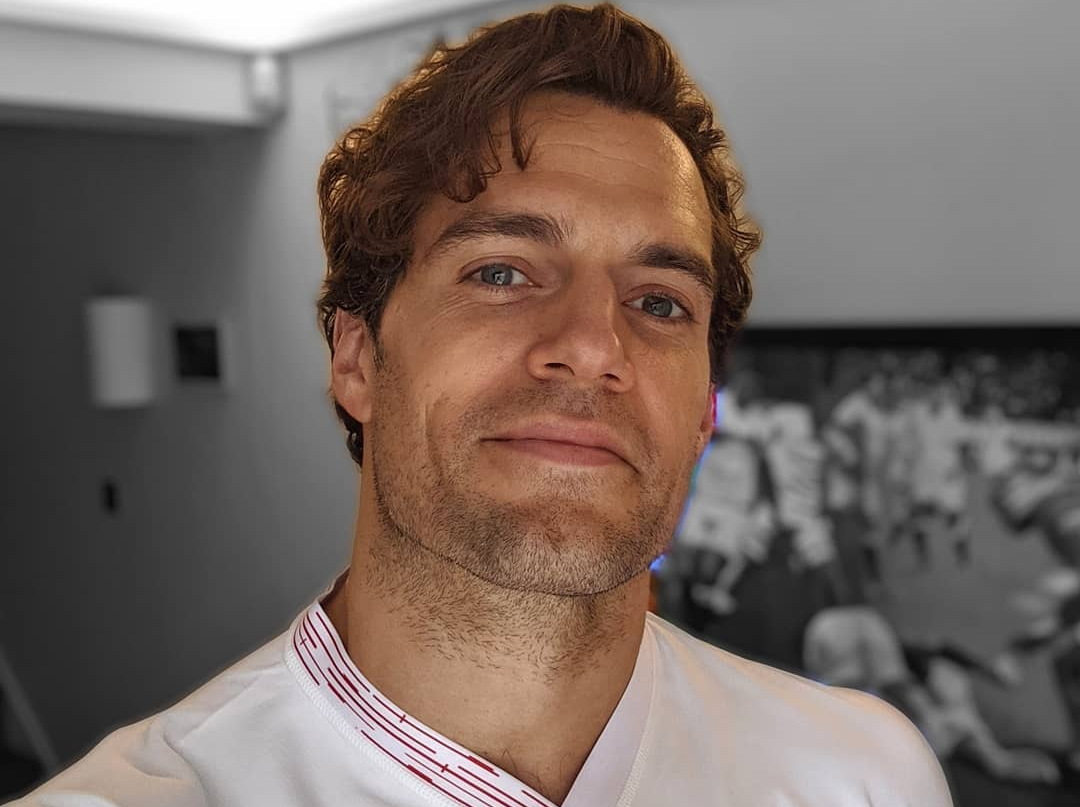 "I met Henry Cavil while working at AT&T. Helped him unlock his phone while he was in town shooting Man of Steel. Real nice dude, got a picture with him, and he even let me meet his dog out in the car!"

"I met Jim Carrey when I was like 11 at a party my parents attended. I couldn’t stop staring at him. He was behaving so normally and then, when he noticed me staring, he did a mask facial expression and started staring at me."

I would have died, someboooooodeh. 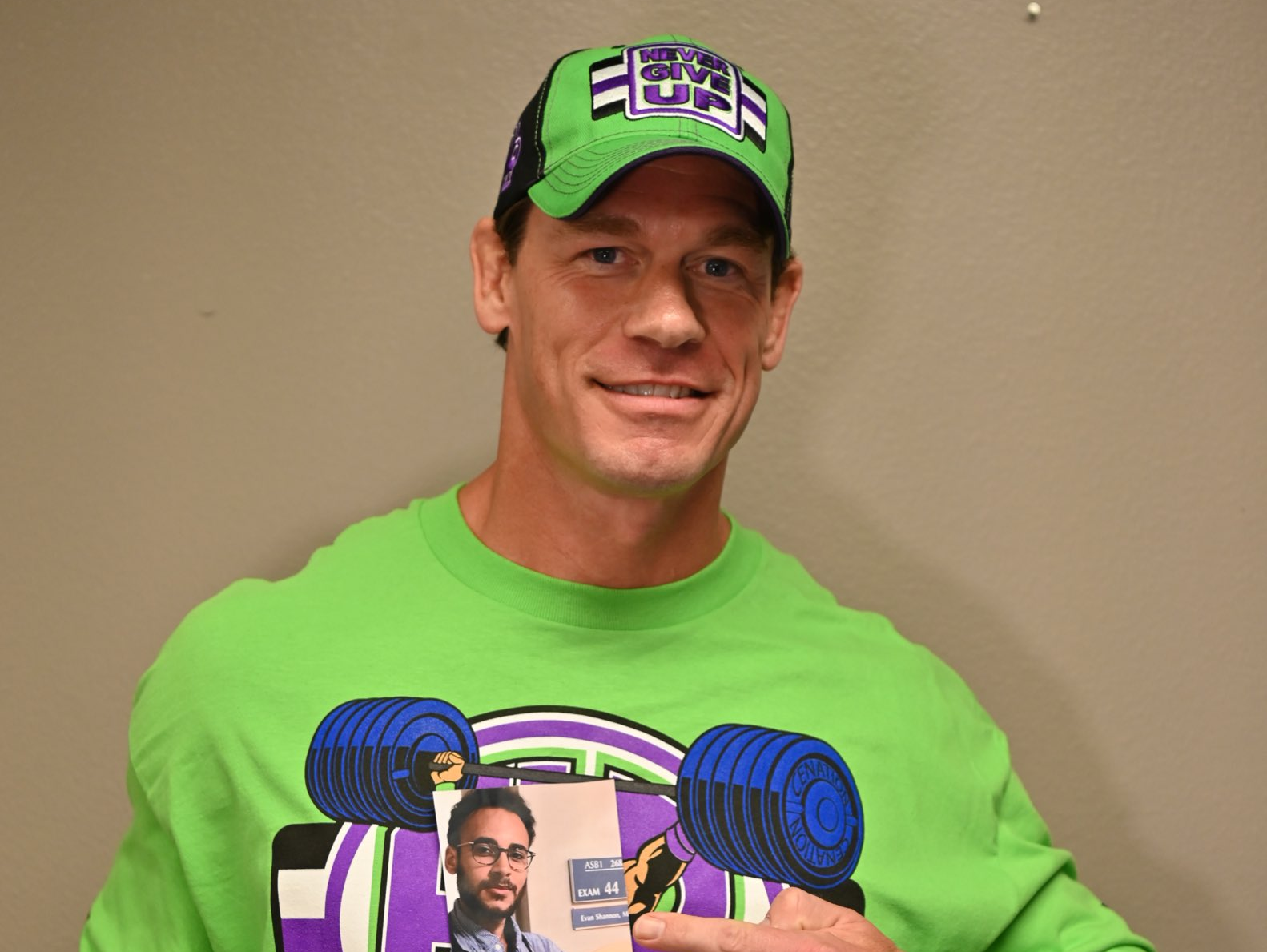 "John Cena was really cool when I met him at a mall thing for my brother years ago. Stayed for 8 hours to meet all the people lined up to see him. This was during his first big fame blow up so I'm sure he was busy."

Not only is John Cena the record-holder for most Make-A-Wish wishes filled, he's also just genuinely a nice dude, according to SpurlieBird. 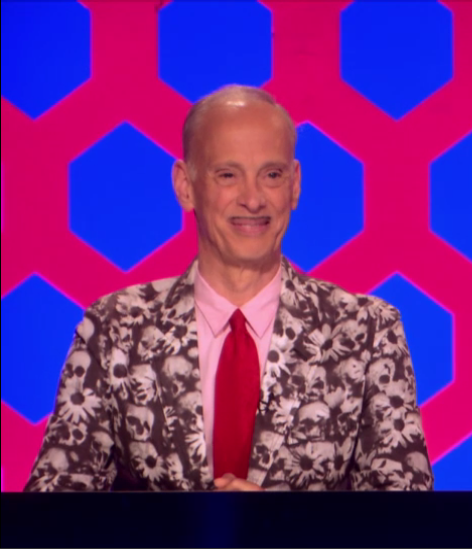 "The dude is over 70 years old, and he's still touring doing spoken word stuff. He gave one of the most entertaining and hilarious speeches of all time, and then as the show was ending just said 'I'm going to be up here signing books afterwards so stick around.'

You could tell he was exhausted after, as it was pretty late. Sure enough, hundreds of people lined up to get their books signed, and an attendant was there to grab your phone and take your picture with him. He was such a good sport and made small talk with nearly every person."

What a fantastic experience, TXDRMST. 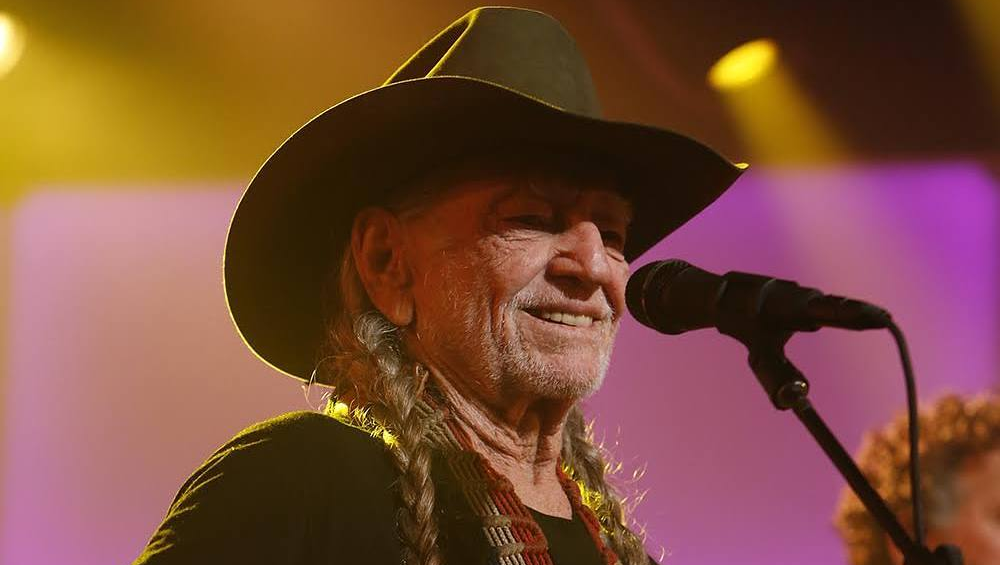 "I met Willie Nelson briefly when I was 16. I was pouring liquor at an auditorium he was playing at when he walked up, bought a pepsi and slid a crisp $50 into my front pocket. He winked and said 'to the unsung heroes helping me look good on stage.' Was really cool and I think about it often." 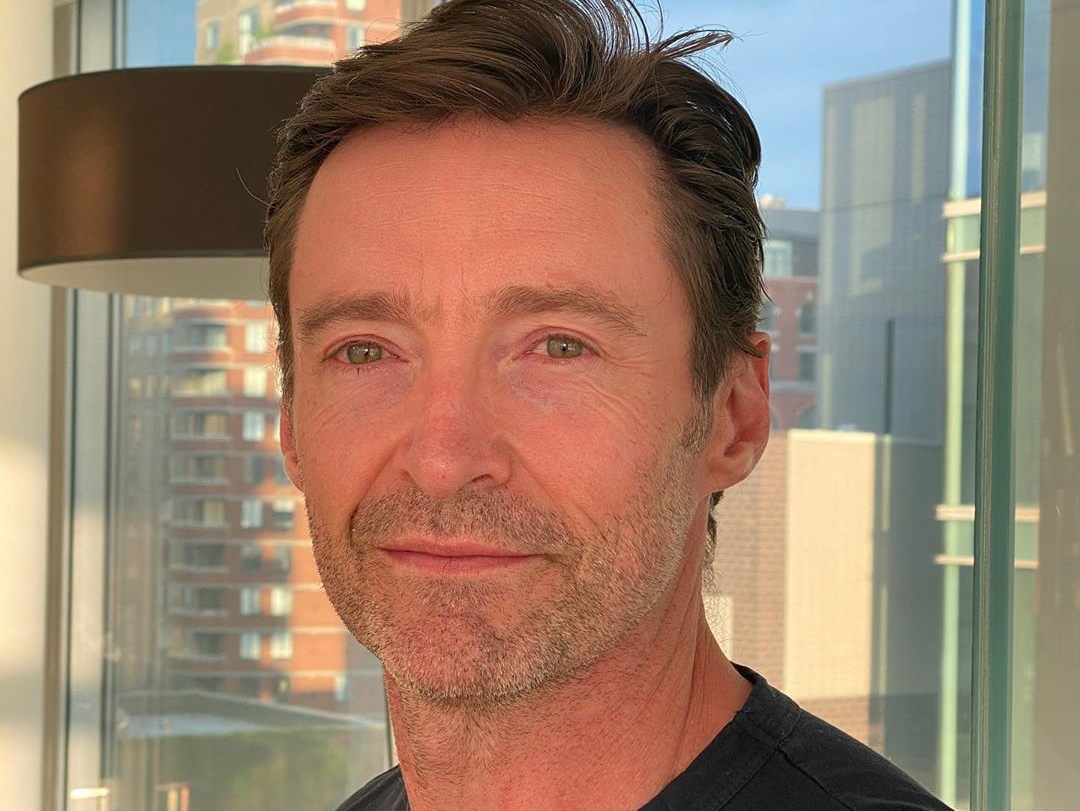 "A friend of mine worked with him on the set of Logan. She worked on behind the scenes stuff. She said he was genuinely one of the nicest guys you would ever meet. He would talk to all the workers and ask about how their day was going, their families, etc. He even wrote my friend a personalized letter thanking her for her hard work, upbeat attitude and smile, and love for her job. He even made a donation to a children's hospital in her name for his appreciation." 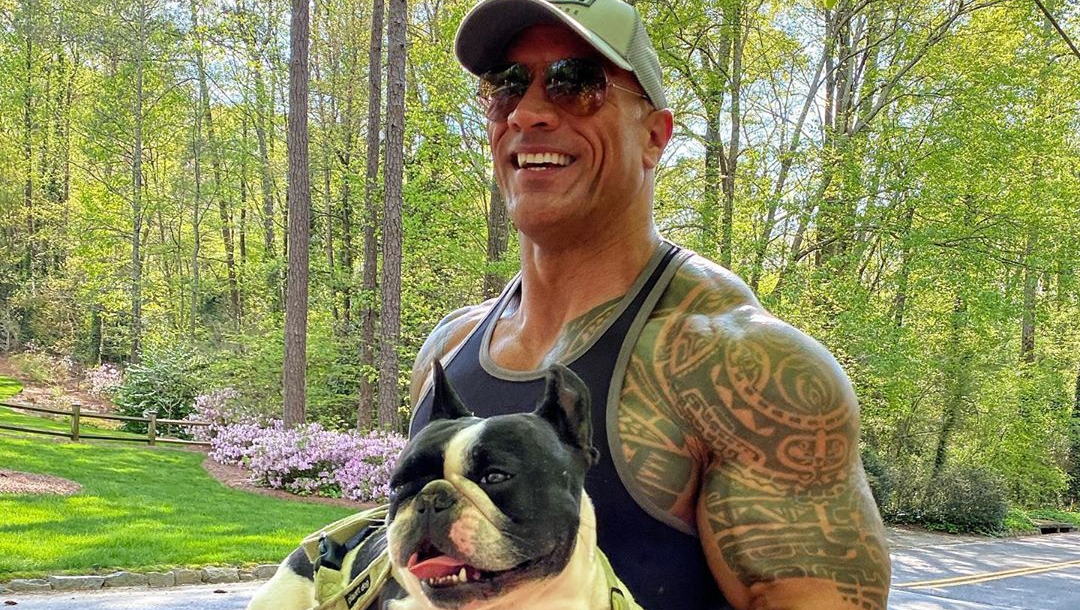 "My cousin took his son to a WWE event for his birthday and then fishing the next day along the river. While they were fishing the Rock appeared out of nowhere, ready to go fishing with his cousin. The 4 of them spent the entire day together, the Rock bought them lunch, hung out. It was an epic experience especially for my cousin's son who just turned 12."

Sounds like he really made that kid's day, Earlmo! 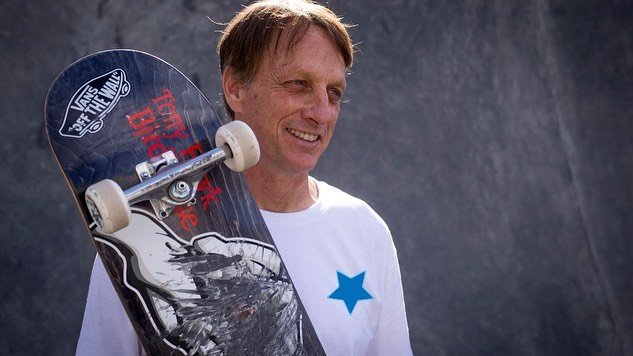 "[As kids] He invited us to bowl with him, bought us chicken tenders and french fries and talked about skateboarding with us for over an hour. Honestly one of the coolest guys I've ever met, fast forward 20 years later and I get to meet him again at our local skatepark unveiling that his foundation helped pay for and man, he was just as cool. We chatted a bit at the water fountain, I mentioned that as a kid he treated us to chicken tenders and french fries at the bowling alley when I was just a kid, and wouldn't you know it he was like oh in Amity Ct? Wasn't the skatepark called B17? I was simply floored. He went on to explain he was having a rough day that day and just hanging with three little kids bowling and talking skateboarding made him realize just how great life was."

Incredible that he remembered you, Nadrojj.

"Met Viggo Mortensen quite a handful of times as he used to go to the restaurant I managed at the time.

He was one of the nicest, most down to earth celebrities we had. He would, after we offered, join us for dinner once the restaurant had closed and would bring small gifts every time for everyone."

What a cool story, W0bbly_Sausage.

"I met him at some benefit I got invited to as a teen due to having good grades or some shit and he not only had a super normal convo with me, but when I told him where I really wanted to work (but hadn't been able to get an interview) he took me to the next table where the company's CEO was and introduced me. Worked there for 5 years after." 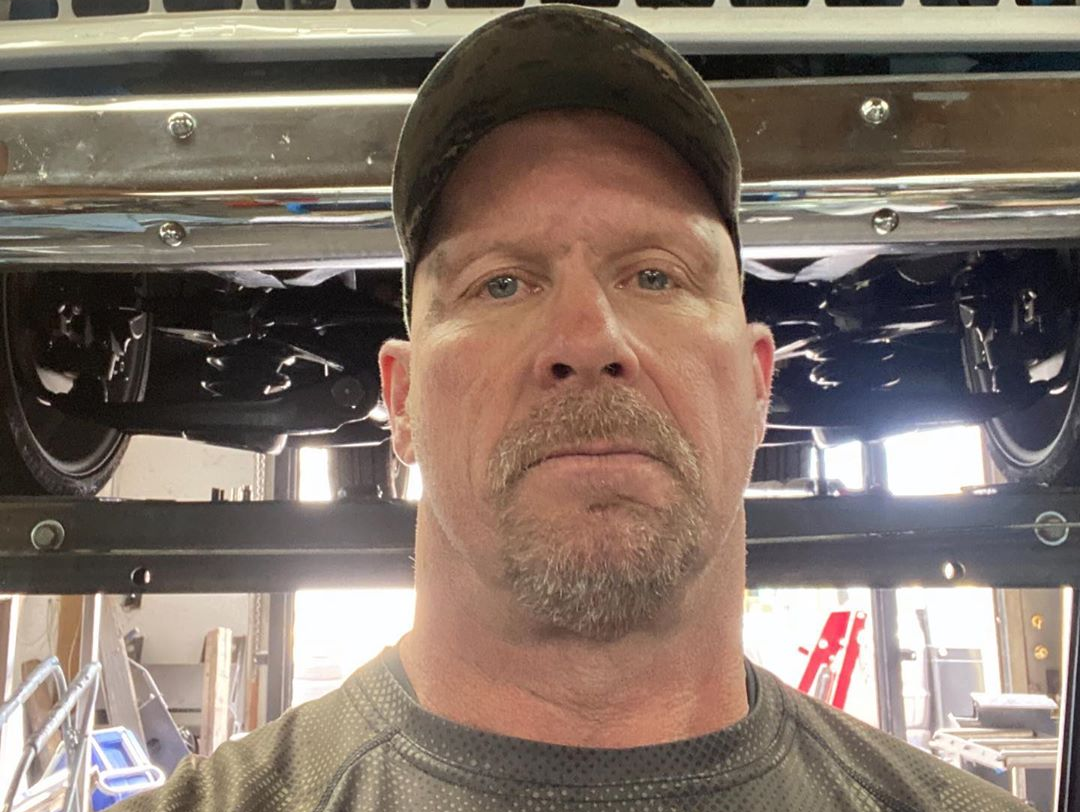 "Stone Cold Steve Austin found my dog that ran away and picked him up off of the highway. He ended up cleaning up our dog and gave him tons of toys before we got him back."

That's an incredible story, and one lucky pup.

"Back in the early 90's, Keanu Reeves came to a Shakespeare play festival being put on by area high schools in the Berkshires, and he took a moment to come backstage and compliment my friend on his performance as Bottom in "Midsummer's Night Dream." Sounds like a small enough thing, but it made my friend feel like a rock star. Have always been a Keanu fan ever since."

Your friend is super lucky, headcase-and-a-half.

"I was a NYC taxi driver and i pick him up at a restaurant very late at night. He starts asking me all these questions about the long hours, how much a good cabbie makes a night, etc.

He asks me if I am married, I say yes, asks about my wife. I tell him marriage is great but we aren't together much due to the long hours i drive the cab.

We're sure this person's wife was impressed! 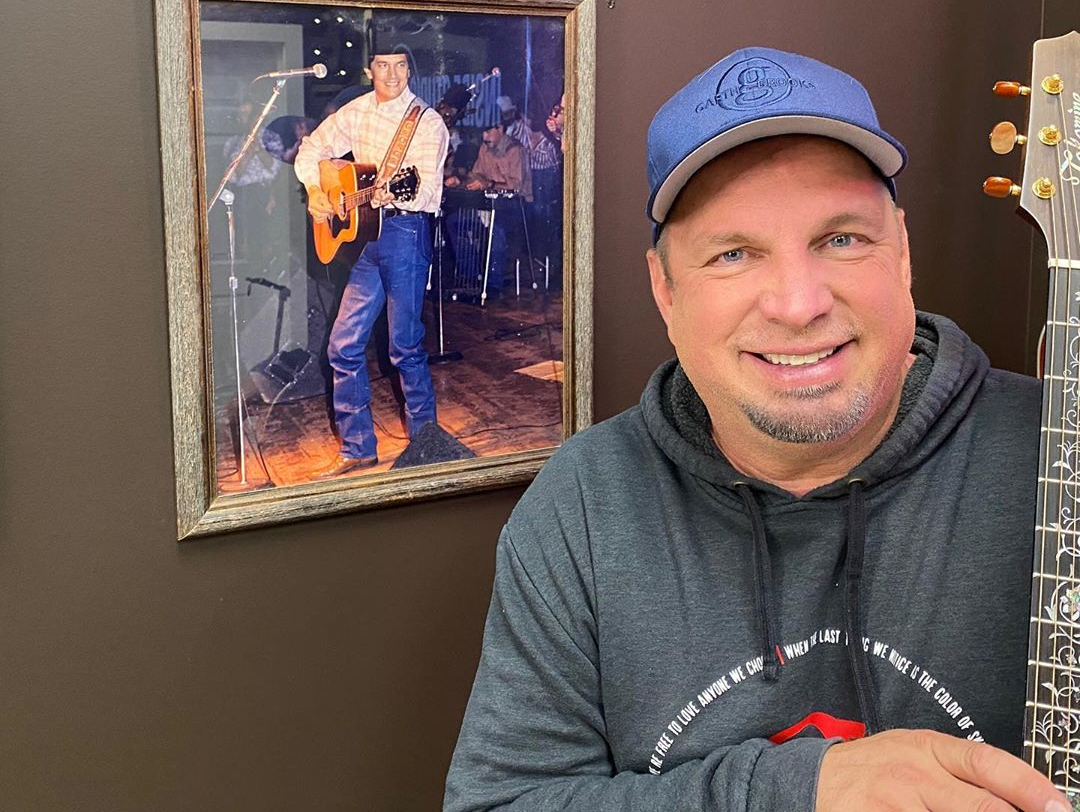 "He came into the office for a meeting with our CEO one morning, then spent the rest of the day [hanging out] in the breakroom. His manager asked him a few times to get going but he wasn't leaving till he had answered every question and signed every autograph. I wasn't a big fan, but he was a legit great guy."

"I worked at a gas station near a music venue and spotted Jimmy Buffett standing outside talking to a ticket scalper. I went out to say hello and he said that he was curious to see how much his tickets were going for. He was an incredibly nice guy and offered to buy one of the scalpers tickets for me!"

Hope you took him up on it, Artifex75!

"He was at a bar, and not a super fancy bar either. I went up and said hello, half hoping he would call me a 'donut' or something, but he was really nice and asked me how I was. I told him I loved his shows, and recipes, and he offered to buy me a drink. Overall really nice man, and his demeanor is very calming. I felt at ease."

Better than being called a donut, GoCubsGo23.

"Fred Rogers was exactly like you'd expect him to be. He remembered my name meeting him again a few days later and also asked about my brother by name, who he'd also met. He had a minute or two for anyone who wanted to talk to him."

Of course he remembers his neighbors, picksandchooses! 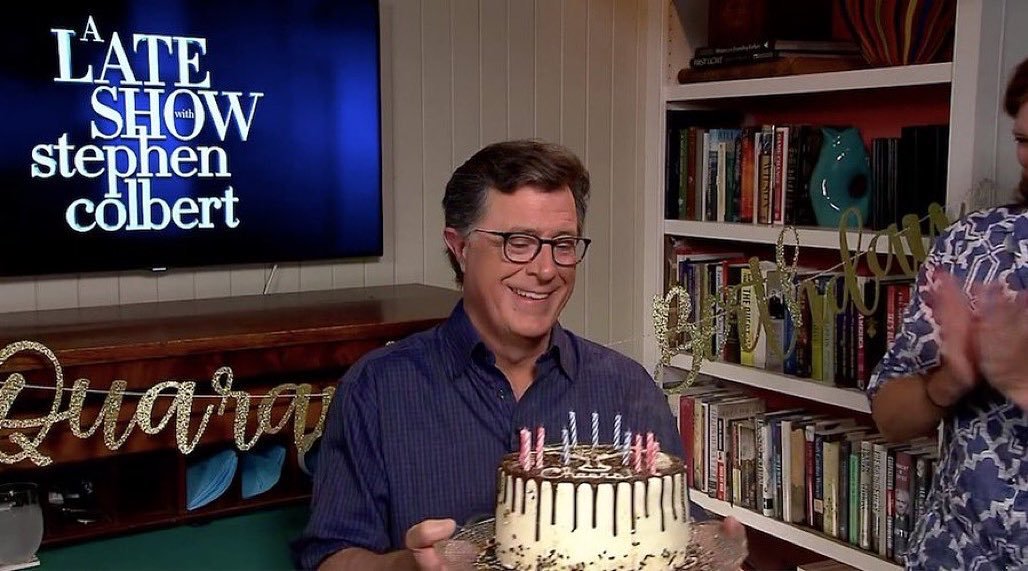 "I met Stephen Colbert when he came in to pick up a pizza from a pizza place I was eating at in Montclair, NJ. He was super friendly and chatted with us while he waited. My little brother has Down Syndrome; Stephen shook his hand and took the time to listen to him talk. All-around a really nice guy." "Ran into Ciara at Morrow’s in New Orleans on my 25th birthday. Super random! But she was really nice."

Thanks for sharing @princess_neeks! What are some of your celebrity encounters? Were they good or bad? Leave a comment and let us know!