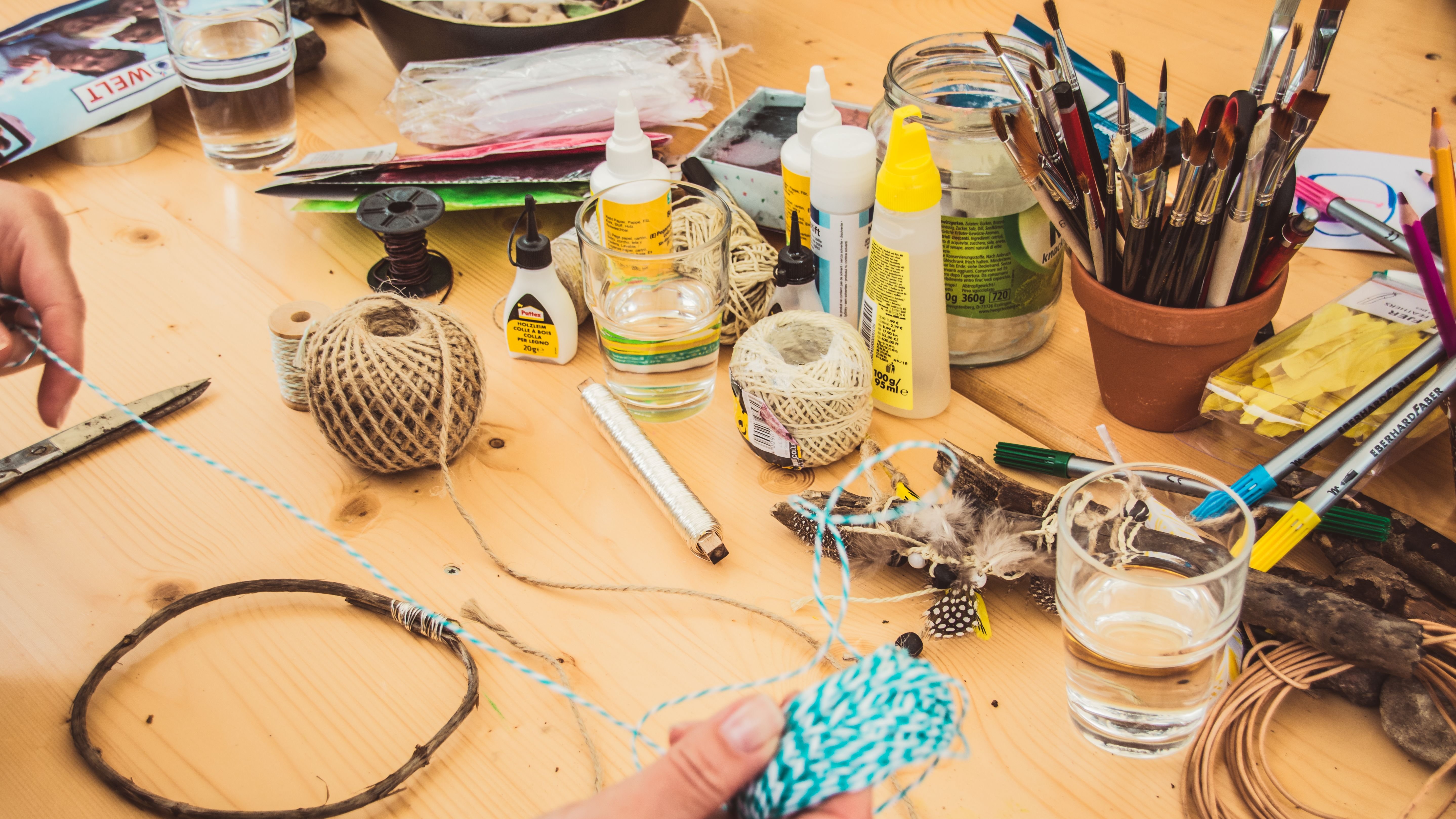 When I was a kid, I was really into crafting. It was one of those activities that brought a sense of fulfillment, positivity, and relaxation into my life. It's also hugely satisfying to make something from scratch. Do you agree with that?

So it's no wonder that people from all walks of life take their hand at DIY. However, not all crafty projects end up successful. When that happens, there's a Facebook group just for that. It's called "That's it, I'm craft shaming." And the stuff shared there will make you laugh out loud. 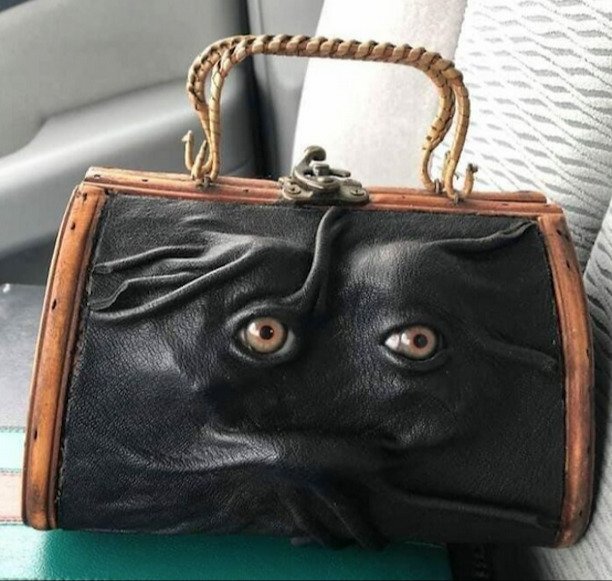 Um, what the heck is that? Is this purse looking at me or what? I don't know about you, but that makes me slightly creeped out. The rest of the bag is totally fine, but those eyes. I can't take my eyes off of them, ha, ha. 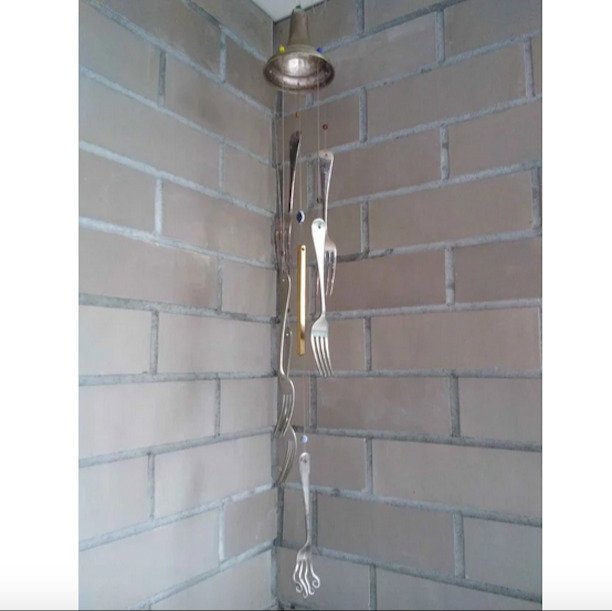 If you're one of those people who enjoys hearing wind chimes outside your door, listen up. I'm all for them alright, but this one here that somebody made out of forks is baffling to me. How does it sound? Somehow I don't think those utensils are as soothing as regular wind chimes. 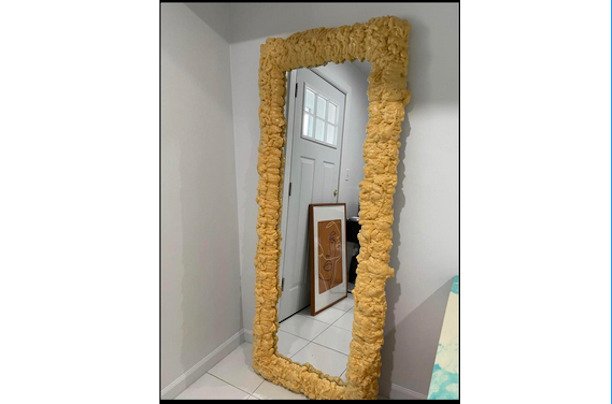 Why would anyone ruin a perfect mirror in order to do something like this, huh? This makes no sense to me at all. I'm sure it looked totally normal before, and now it's just an atrocity to look at, huh? Do you agree with me on that one? 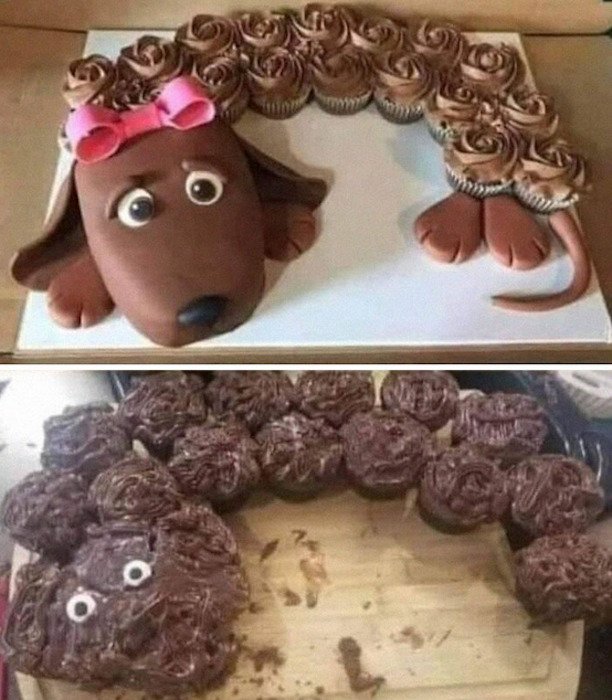 Why hire a baker to make your kid a birthday cake when you can do it yourself? This is why, ladies and gentlemen. There's a reason people charge large for cakes like that because it's not as easy as it looks. Case closed, alright? 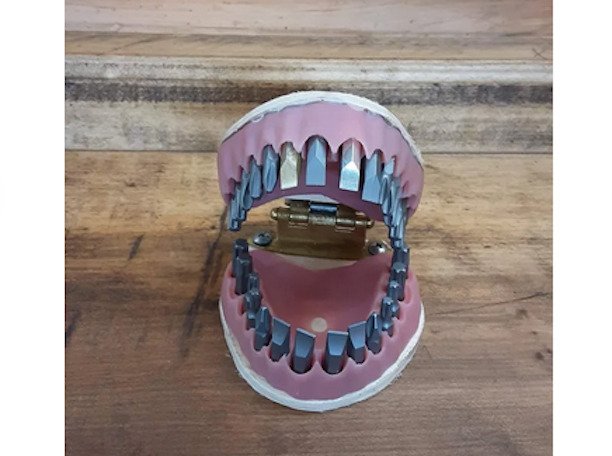 I have to give the person who made this an "A" for effort. Honestly, I have never seen anybody store drill bits in such a fashion, ha, ha. And now that I see it, I would really like to unsee it.

Somebody spotted this beauty in the wild. I guess this is some misguided way of trying to protect the car paint by covering the vehicle in stickers. Yeah, I don't think that's going to do much. 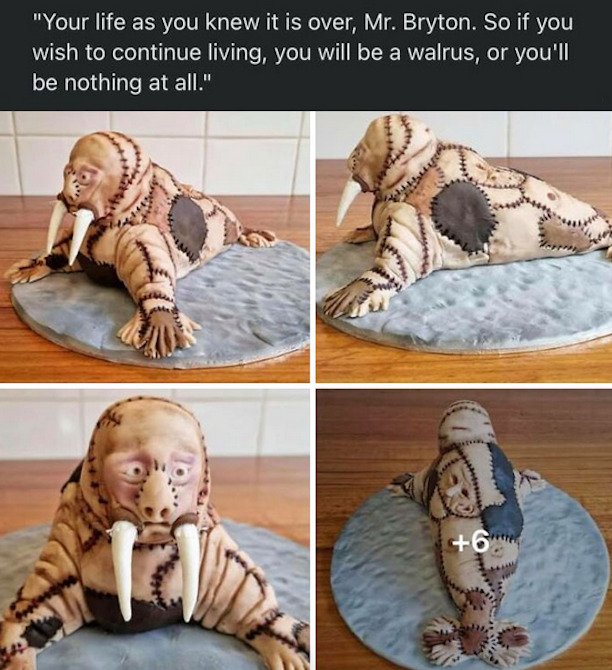 If you're baffled by what you see here, I have an explanation for you. Apparently, this abomination was inspired by the movie Tusk. It's probably not a movie I would enjoy. It's totally weird and creepy. However, if you like weird and creepy movies and TV shows, you'll appreciate this monstrosity here. 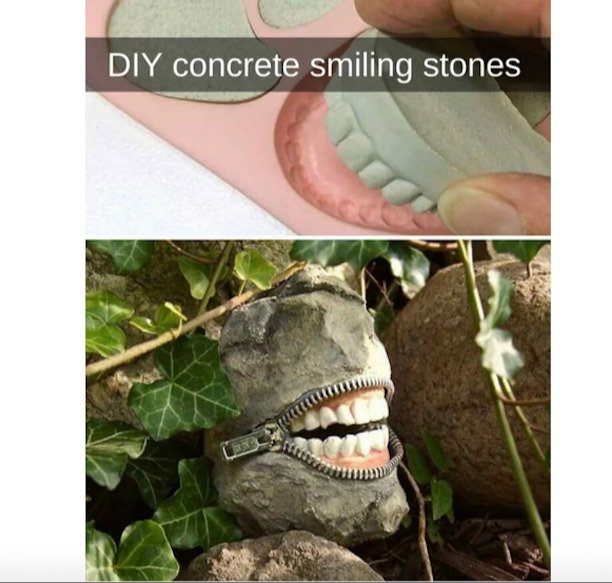 Is anyone into gardening here? I bet you love to decorate your outdoor space nicely, eh? So what would you say about making something like this? If the walrus didn't strike you as odd, perhaps this will do the trick. 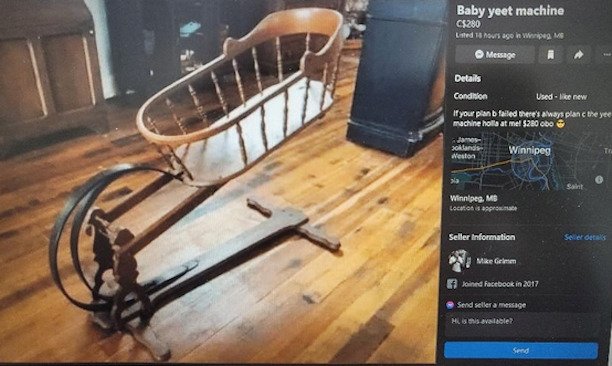 What the heck is that? Here's some context for you.

"It doesn’t actually yeet babies. It’s a specialized device for the farm. Hay would be loaded into the 'crib' area while your cousin would be a few feet away, holding a box-shaped net. Upon release, the hay would form perfect bales on contact with the net. This was called the Cribaler. After the hay was gathered, this tool was also used to shake the demons out of babies but they never would be left to sleep in it, for fear of hay fever."

Um, okay. What sorcery is that? 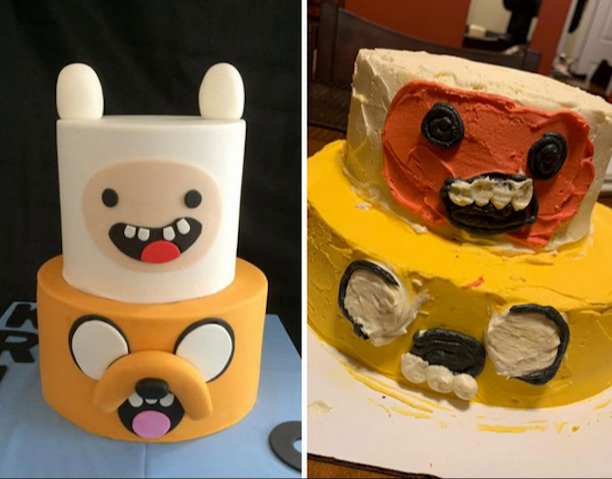 Cake making is an art, people. Don't you forget that alright? So next time you attempt to do something as elaborate as this gorgeous beauty here, don't get too cocky. Or it might end up looking like this, ha, ha. 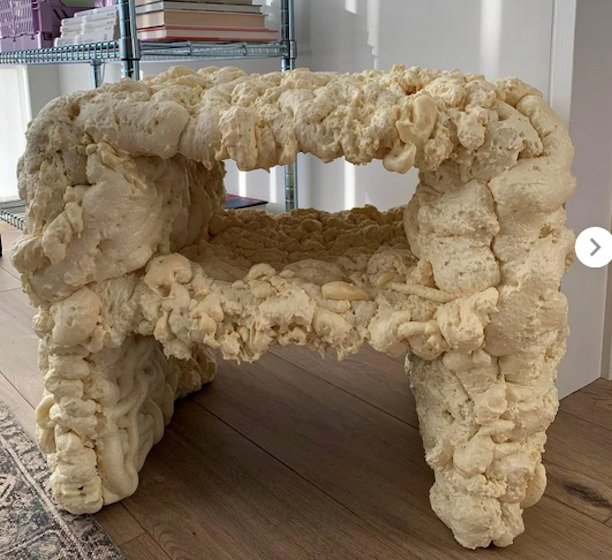 As if spraying mirrors with foam wasn't enough of a bad idea, now people are doing the same to perfectly normal-looking tables? Um, no! There is no way I would ever bring this into my home. And can you believe somebody is asking $50 for this on Facebook Marketplace? 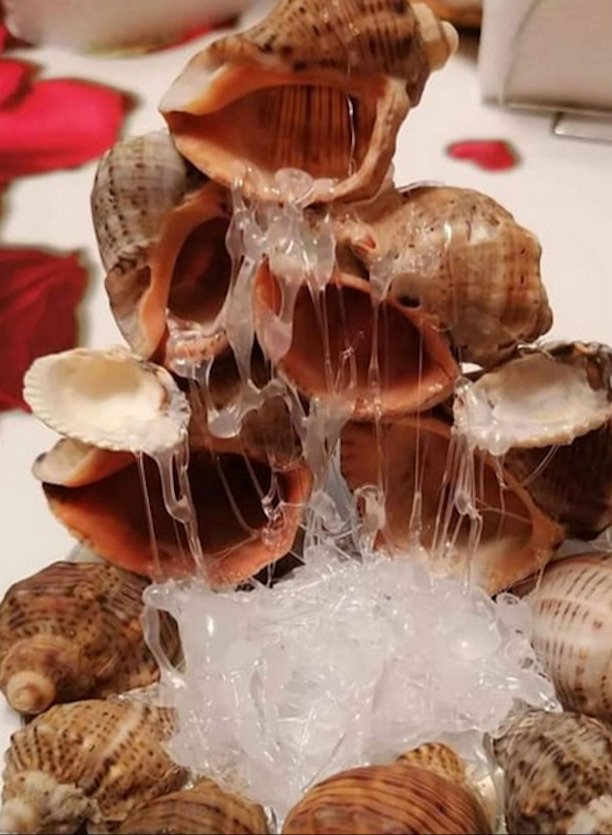 Let's call this what it really is, folks. It's just a bunch of seashells put together in a mountain of glue goop. There isn't any skill that was involved in making this, and it doesn't look good at all. It's actually pretty laughable, no? 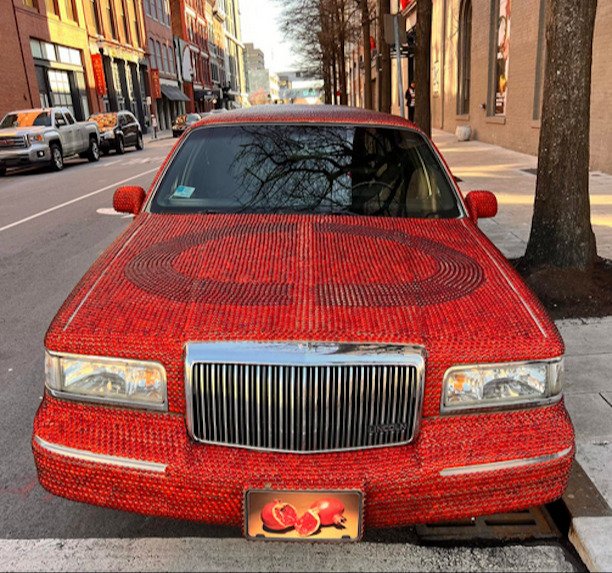 Whoa, somebody went through a lot of work to bedazzle this limo. My only question is, "Why?" What kind of clients do they chauffeur around that would appreciate that? Hmm, I have a few ideas in mind, haha. 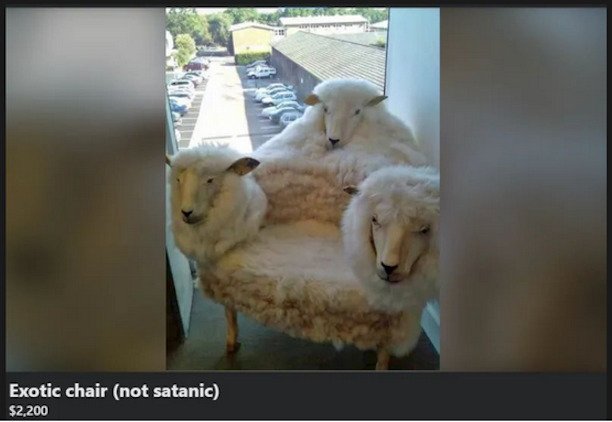 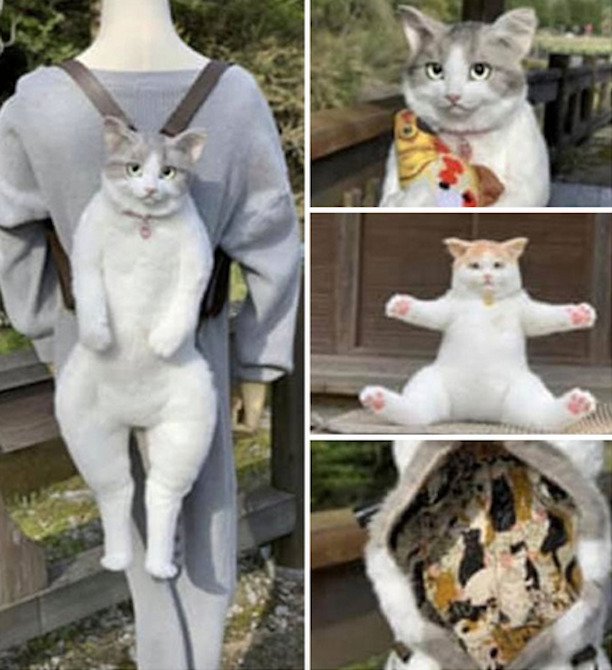 At first glance, this looks like a cute cat backpack, no? However, I take issue with the way you open it. Call me weird, but once you open it, it looks like you're performing open surgery on the cat's belly, and that's not appealing to me at all. 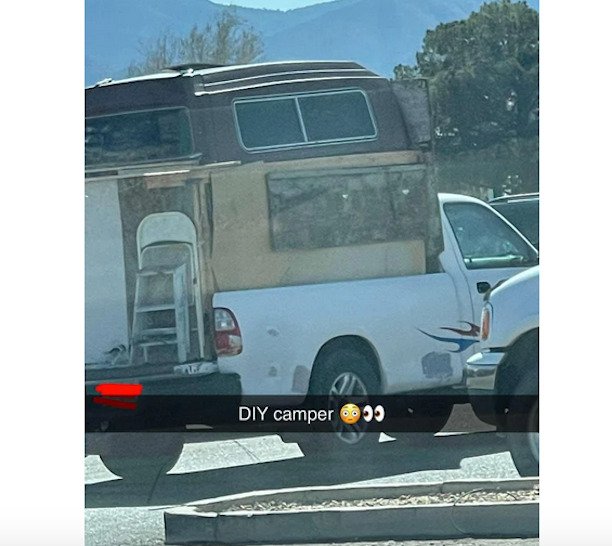 Oh my goodness. What have we got here? Are you telling me that somebody thought it would be a good idea to DIY a camper? Um, I don't think so. This definitely won't suffice. 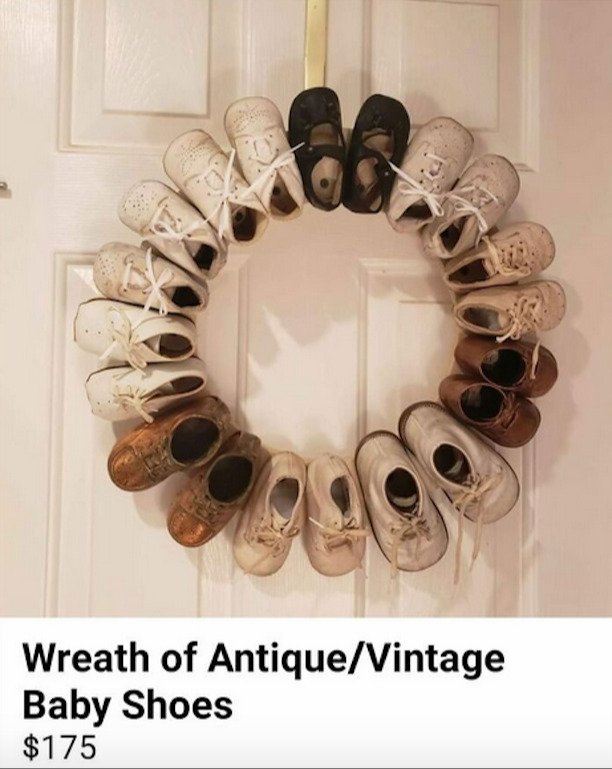 Speaking of weird or what — what the heck is that? I like a pretty wreath that you can hang outside your house, but I would never do that. That's one sure way to scare off any possible visitors. Am I right? 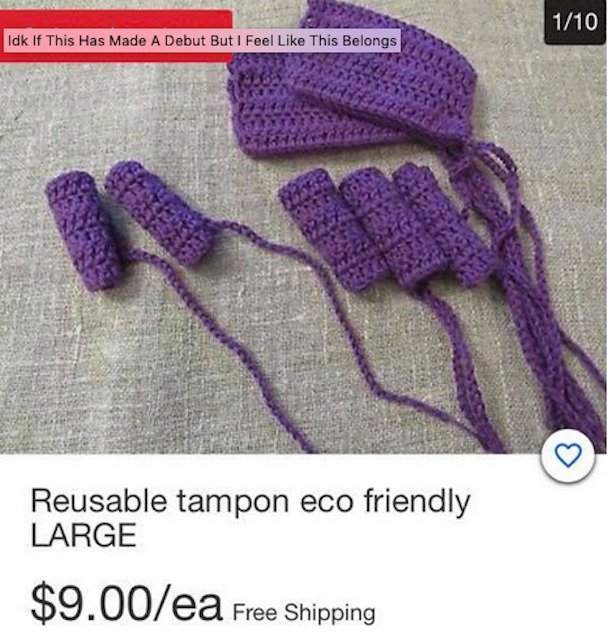 So I'm all for eco-friendly menstruation products. I myself switched to leakproof underwear, but you've got to draw the line somewhere. Somehow I don't think a crochet tampon will do much for you. Do you know what I'm saying? Um, no, thank you!

So, are you as baffled by these craft ideas as I am?

I mean, who in their right mind would make stuff like this, huh? I used to make collages, clay animals, and stuff like that but never weird and creepy things like that. Well, hopefully, these folks will have a better go at their next creative project.