When Russian forces invaded Ukraine in late February, much of the world could do little more than look on in horror. However, it didn't take long for efforts to help out the Ukrainian people fleeing the violence — or those forced to stay behind, in harm's way — to ramp up.

We've seen how creative some of those efforts have been, including using Airbnb listings to get cash directly into the hands of Ukrainians in need. Many celebrities have stepped up as well, such as soccer star David Beckham, who turned over his social media accounts to a Ukrainian doctor to try to get word out about conditions in Kharkiv, the nation's second-largest city.

But few have done more, and with as much determination, as That 70s Show stars Ashton Kutcher and Mila Kunis.

The conflict in Ukraine hits home for Kunis in particular — literally.

Kunis's family emigrated to the U.S. in 1991, but she was born in Chernivtsi, Ukraine — then part of the U.S.S.R. — in 1983. So, war in her homeland motivated Kunis to start up a GoFundMe to aid humanitarian efforts. She and Kutcher pledged $3 million of their own money as well to match funds raised, with an overall goal of $30 million.

The pair chose two organizations to receive the funds.

Flexport.org, which organizes shipments of relief supplies to refugees in neighboring Poland, Romania, Hungary, Slovakia, and Moldova, would receive some of the funding.

The rest would go to Airbnb, which provides free short-term housing for refugees making their way out of the war-torn country.

On March 17, Kunis and Kutcher announced that their GoFundMe had reached its goal.

According to an update posted to Twitter, Kunis said that 65,000 people had donated to the GoFundMe — and that despite reaching and surpassing the goal, much more help was needed, so they would be raising the goal again, this time to $40 million.

While Kunis and Kutcher may consider their fundraising efforts incomplete, what they've done so far has not gone unnoticed.

And, to show appreciation, they received a call thanking them from no less than Ukrainian President Volodymyr Zelenskyy, praising them for their support. "Impressed by their determination," Zelenskyy wrote. "They inspire the world."

While Kunis and Kutcher were clearly honored to have their efforts recognized, they remain as determined as ever to keep helping. 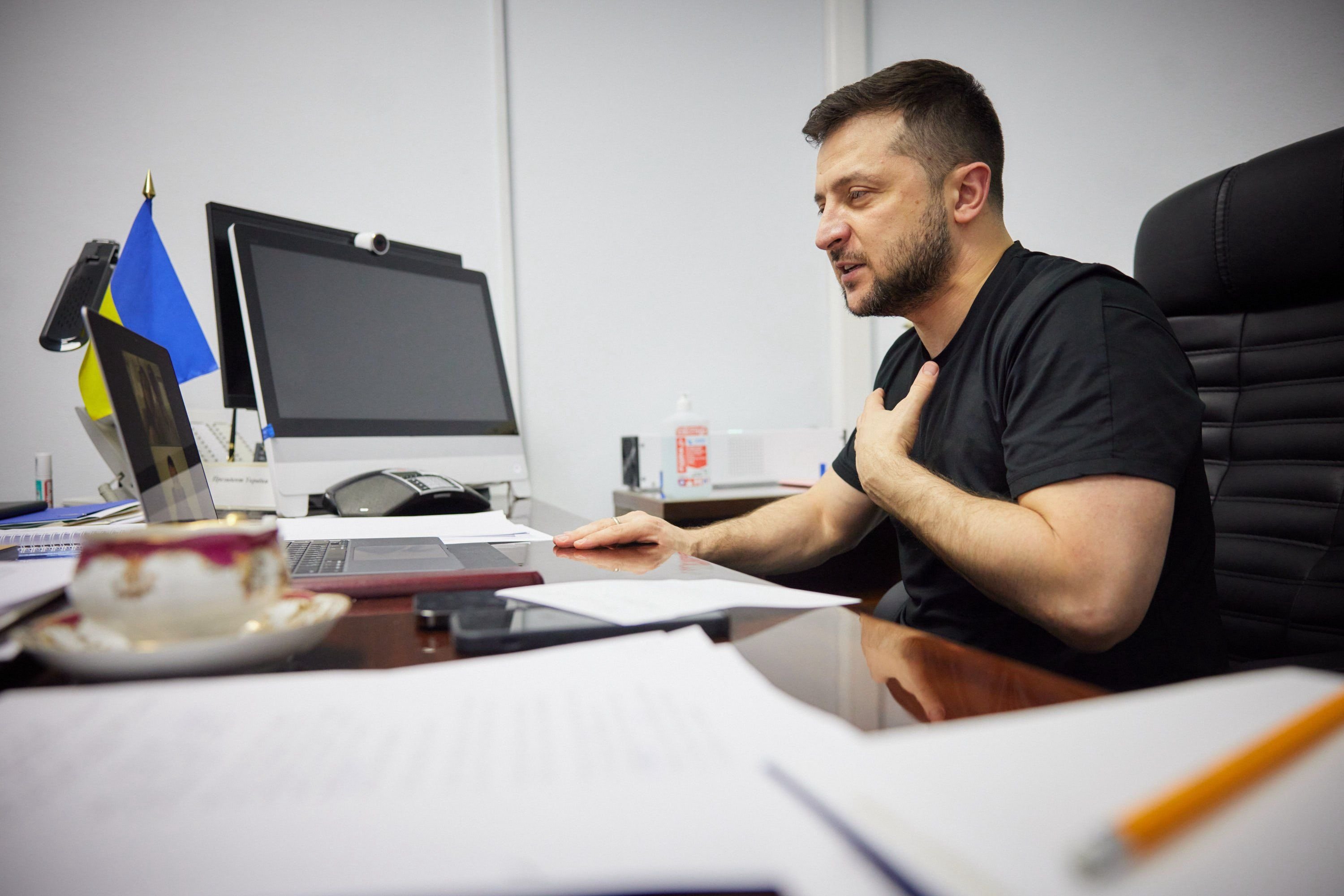 "As funding continues to come in we will treat every dollar as if it were being donated from our pocket, with respect and honor for the work that went into earning it, the intent of love through which it was given, and the desire for it so be maximized for positive outcomes," Kunis wrote on Twitter.

Check out Mila Kunis and Ashton Kutcher's GoFundMe right here, and let us know what you think in the comments!