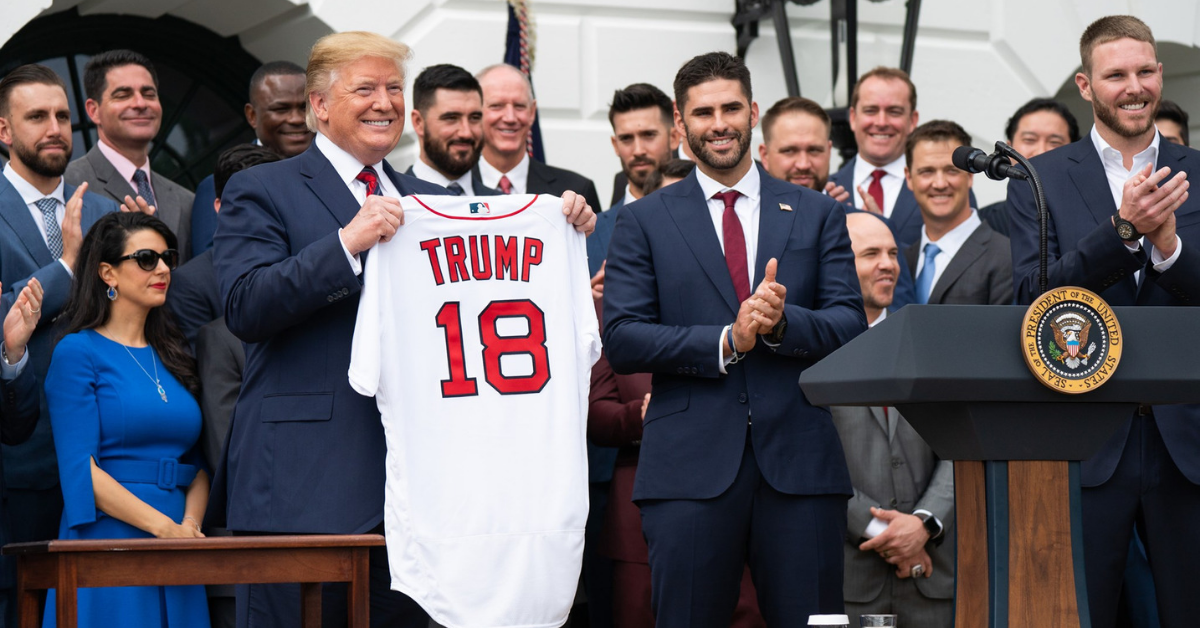 It's long been tradition for sports teams winning their league's championship to be invited to celebrate their victory with a visit to the White House.

However, with Donald Trump in the Oval Office, that tradition has taken a beating, and not because the White House hasn't been inviting the teams. Many players don't want to go, and the latest snub seems to have gotten under the president's skin.

Just as you'd expect from a peak athlete, Megan Rapinoe is a passionate, live-out-loud person and a fierce competitor. 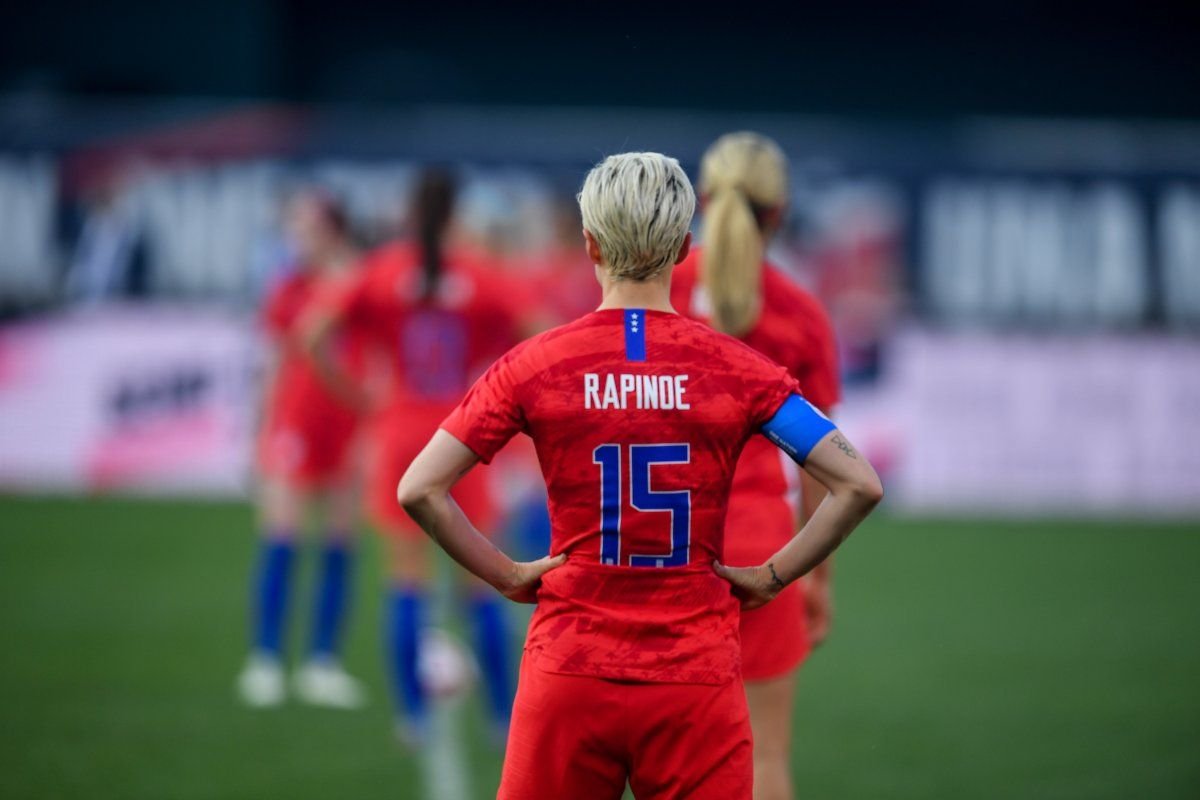 She's a forward and a captain on the U.S. Women's National Team, representing the nation at the Women's World Cup.

She has proudly worn her country's colors in more than 150 matches in her career. And she's no stranger to controversy.

Back in 2016, Rapinoe made headlines for taking a knee during the national anthem before a match with Thailand. 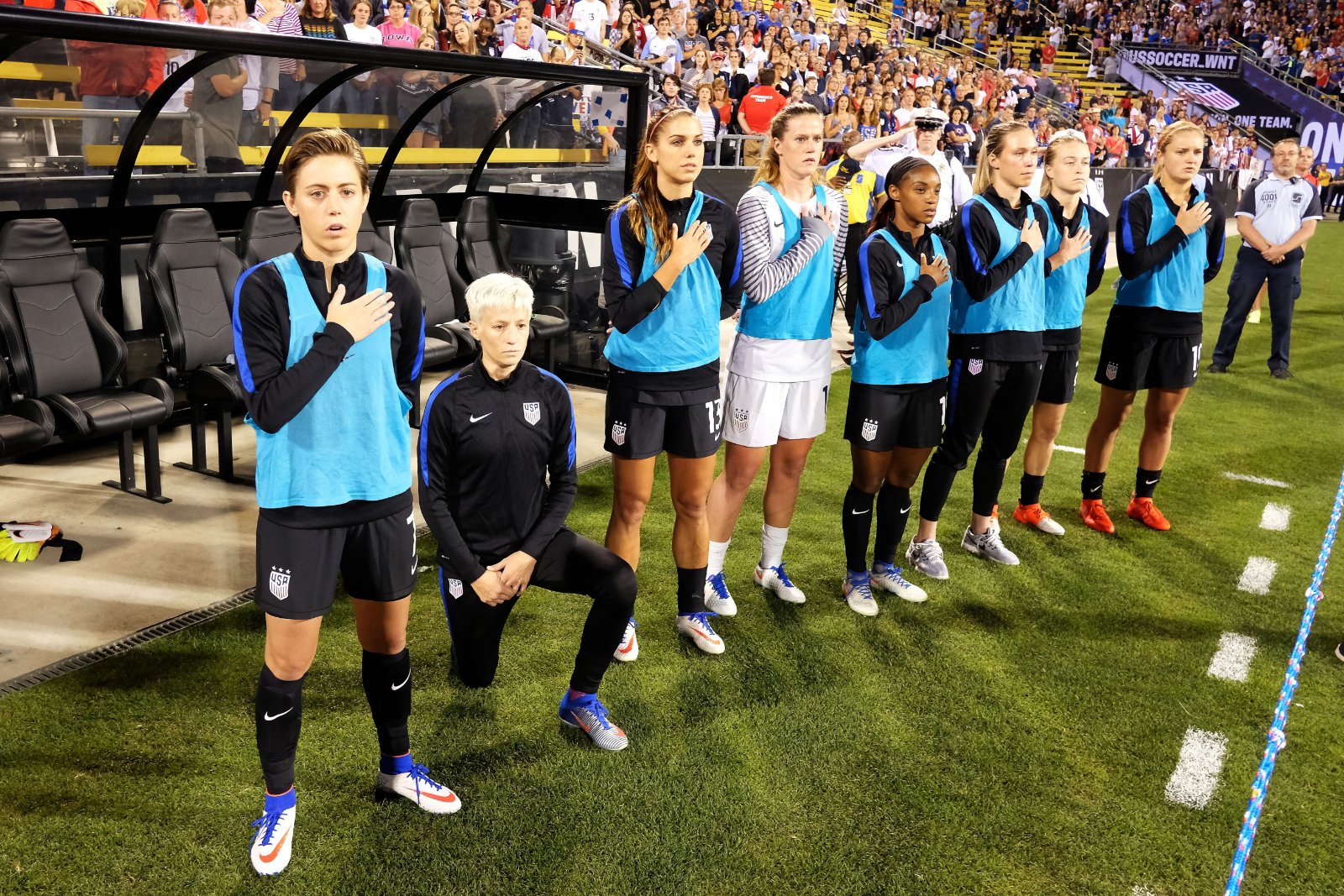 She loves her country, but she wants it to do better in areas like injustice and inequality, and she's not afraid of saying so. She has even called herself a "walking protest."

Her latest expression of protest is certainly grabbing attention. 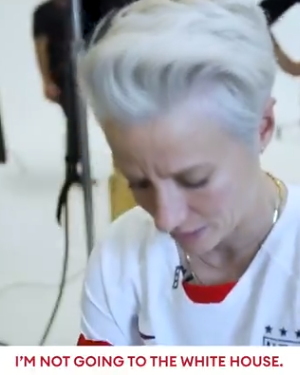 In an interview with Eight by Eight, Rapinoe was asked "Are you excited about going to the White House."

As shocking as it might be to hear it put like that, it's definitely consistent with Rapinoe's views. 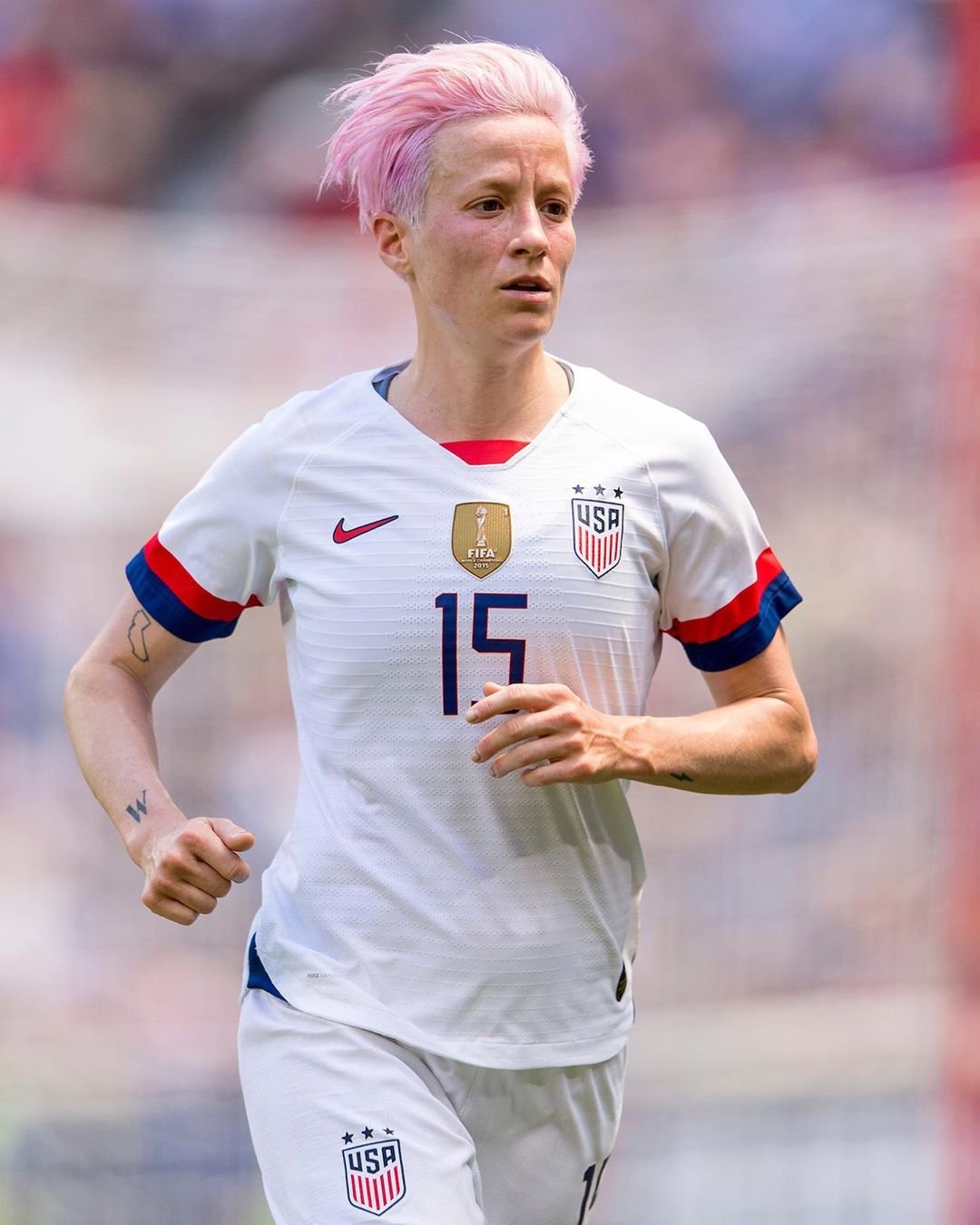 She has, in the past, referred to President Trump as "sexist," "misogynistic," "small-minded," "racist," and "not a good person." So, not a real surprise that she wouldn't be terribly excited at the thought of a White House visit.

The president was not silent about Rapinoe's statement for very long. 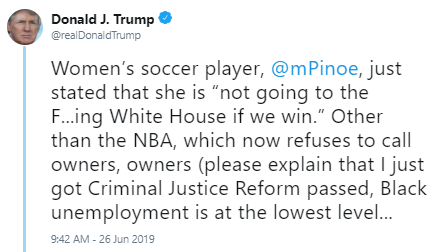 And he didn't keep his thoughts private, which, again, was totally consistent with who he is. Trump grabbed his Twitter machine and went off.

He also took the opportunity to tear into the NBA, because why not. 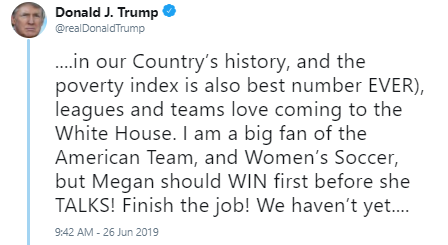 And, well, he did have a point, in that the team hadn't been invited yet. Although, in the interview, Rapinoe expressed doubt that she and her teammates even would be invited.

Trump also extended an invitation to the team, win or lose. 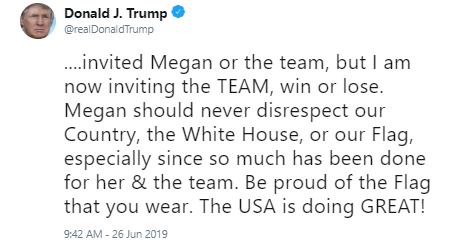 However, in a segment many took issue with later, he suggested that her comment disrespected "our Country, the White House, [and] our Flag."

Neither Rapinoe nor USWNT have responded to the president's Twitter comments so far. 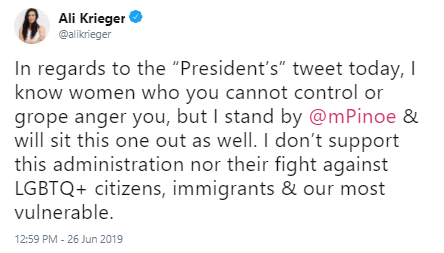 However, teammate Ali Krieger did reply on Twitter in support of Rapinoe.

And, while Rapinoe and her teammates would be far from the first team to skip a White House invitation, joining the likes of the Philadelphia Eagles and the Golden State Warriors, there's something quite different about a national team, rather than a league team, snubbing the Oval Office.

Check out Rapinoe's interview below!