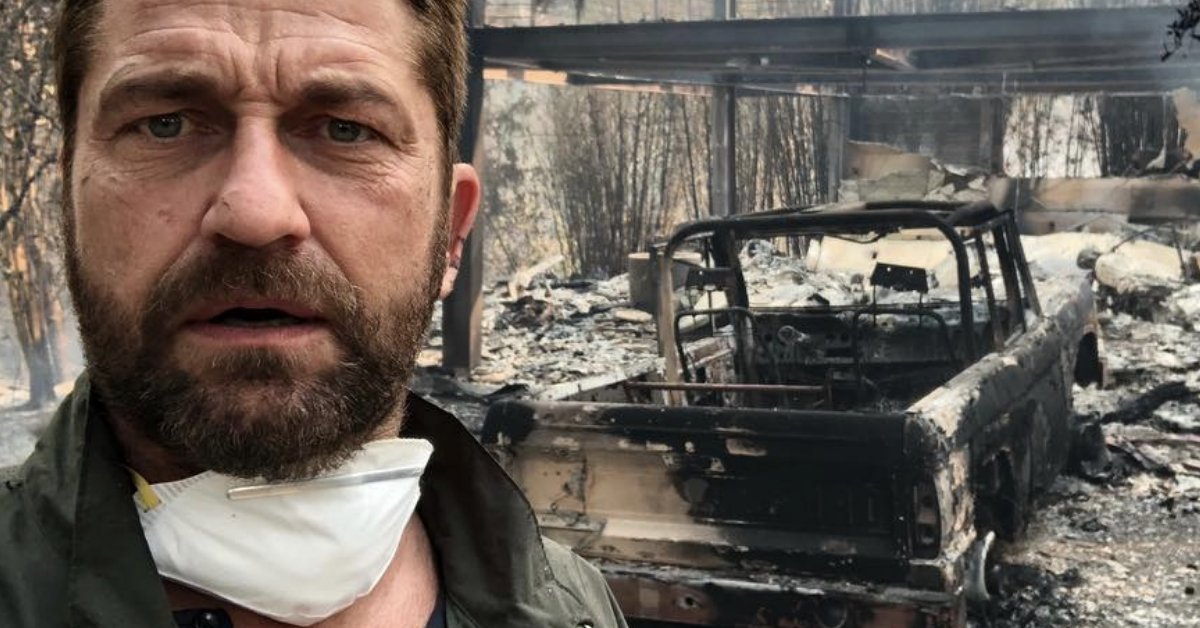 The wildfires affecting California stand as the most destructive in history -- mostly due to the deadly Camp Fire in the north that has claimed nearly 30 victims and countless structures since the end of last week.

Camp Fire has spread across 111,000 acres is around 25% contained according to CNN, with the Woolsey and Hill fires near Los Angeles poised to get worse on Tuesday:

"In fact, the strongest Santa Ana winds for the south may come on Tuesday, with gusts to near hurricane force," CNN meteorologist Dave Hennen said...

"The Woolsey Fire had spread to 85,500 acres and is about 15% contained. The nearby Hill Fire covered 4,531 acres and was 75% contained. Together, the fires are responsible for the destruction of 179 structures, but another 57,000 are threatened, fire officials said." 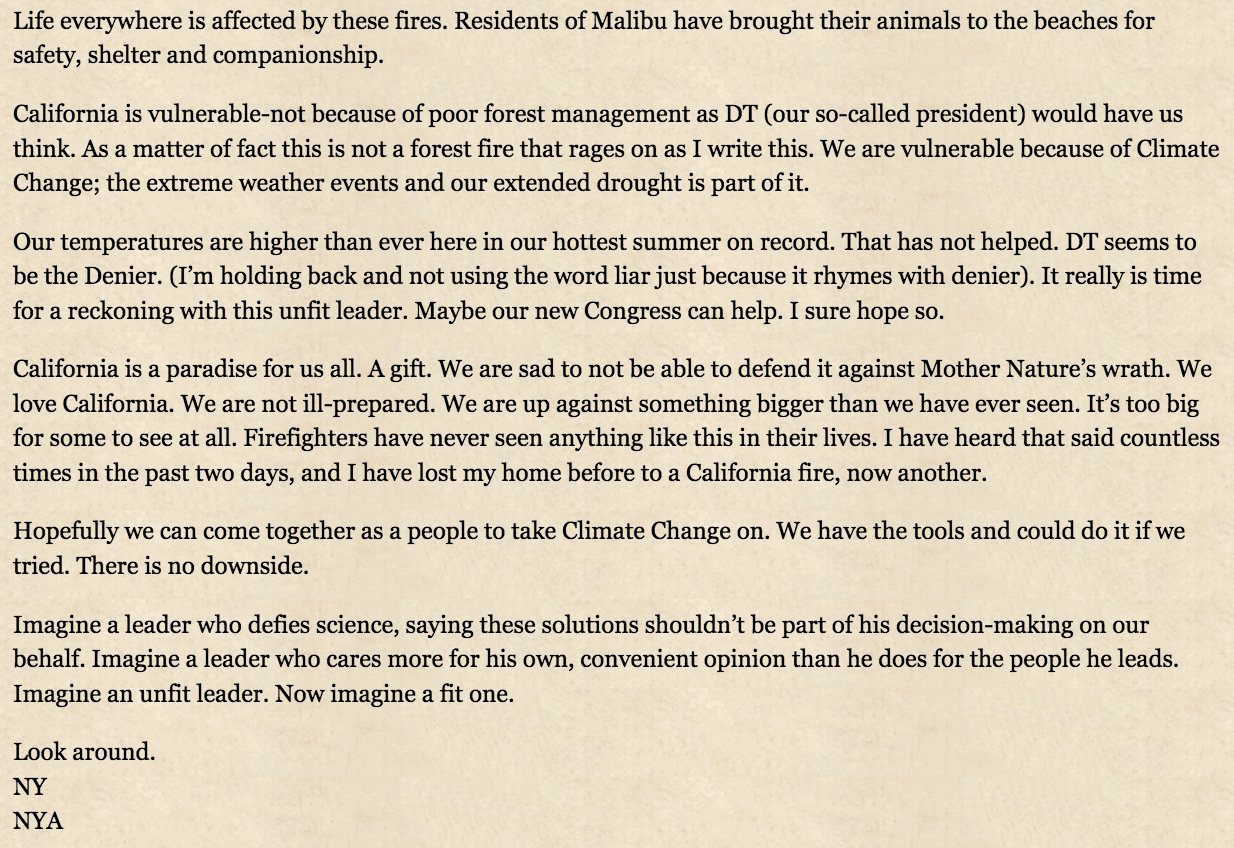 With the fires in LA, many famous names are reaching out on social media to share their own situations and to help others that lack the star power to aid their predicament.

Names like Gerard Butler, Miley Cyrus, and Will Smith posted information about their lost homes, the fires nearby, and offering any help they can. They also had a lot of praise for their neighbors and firefighters -- and some sharp derision for the president, like Neil Young did in the message above.

One of the more shocking images was shared by Gerard Butler when he returned to his home in Malibu. He praised the firefighters and other workers doing their best to battle the flames but revealed his home had been lost. 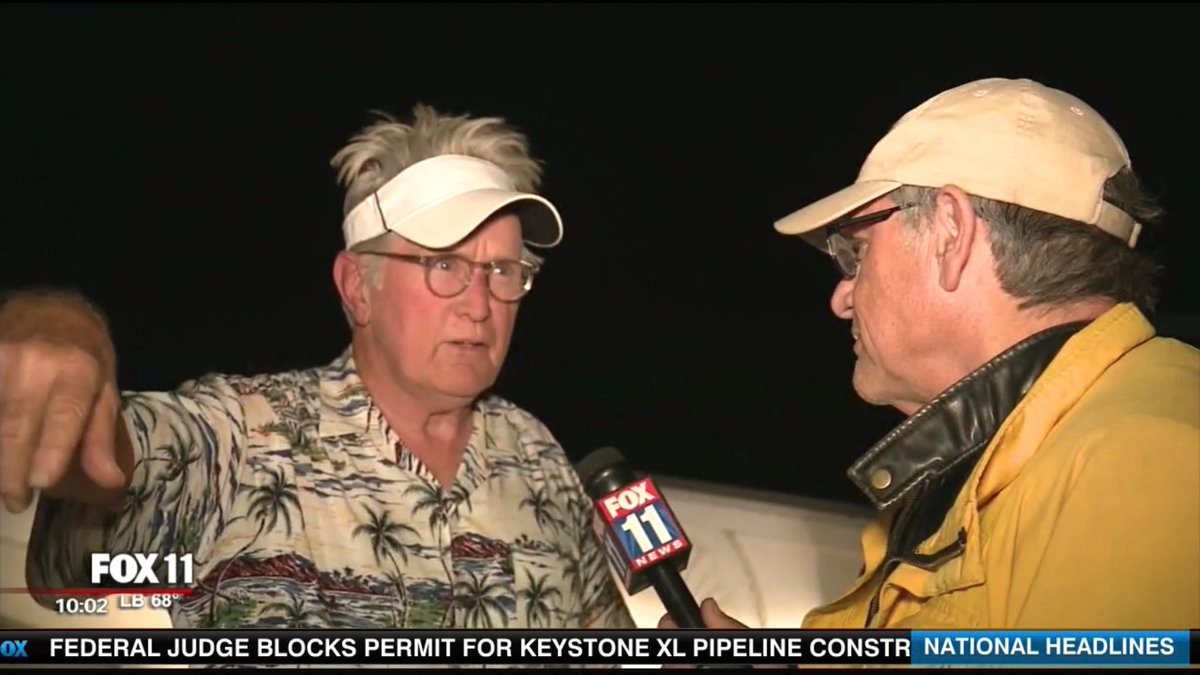 Others were posting looking for loved ones, like Charlie Sheen trying to find his parents Martin and Janet Sheen. The couple was found safe on a Malibu beach by the Fox 11 news team, joining others who evacuated the area due to the fires.

Will Smith Ready To Evacuate

Will Smith and his family are prepared to leave according to a video posted by the star on social media. While the flames have not reached his Malibu home yet, the winds and unpredictability of the flames could change that.

The clip shows just how close the fires are to him home and how the smoke is inching closer. 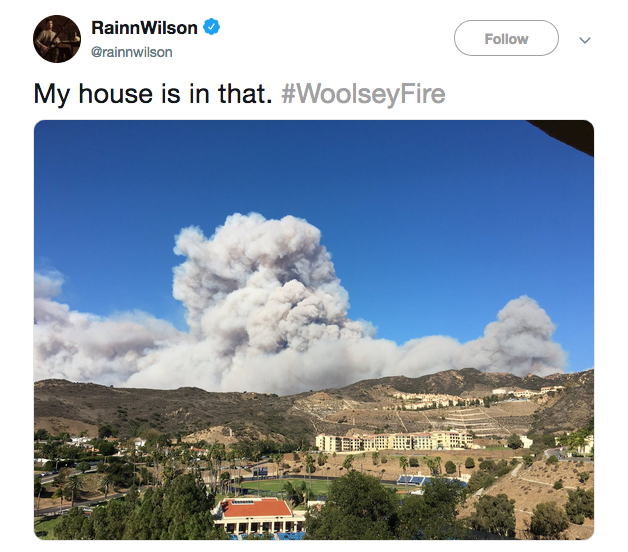 The Office star Rainn Wilson has been one of the visible accounts sharing details of how the fires are affecting him and doing his best to keep his own property safe. He noted that his house was barely spared and his many animals were rescued.

Oscar-winning director Guillermo Del Toro shared similar updates -- noting that his now iconic Bleak House location was also in danger of burning. If you're unfamiliar, it is a creative place according to the New York Times:

Bleak House is what Mr. del Toro, the Mexican filmmaker known for the terrifying fantasy of “Pan’s Labyrinth” and American action-horror series like “Hellboy,” christened this pad, which serves as repository and inspiration. He writes there, and when he is in production, a handful of designers work in the repurposed garage. “We draw, draw, draw,” he said, every frame as detailed as animation.

There are reference libraries for the occult, horror, fairy tales (in a secret room, behind a bookcase), history, Teutonic mythology, anatomy and Gothic romance.

It's not the only iconic location to be affected by the fire, though it far luckier in the end.

As was reported on Friday, the legendary Paramount Ranch was lost to the Woolsey fire. It was most recently the setting for the town from Westworld and has previously been used for series like Dr. Quinn and Deadwood.

The fires left it completely destroyed.

One of the more hopeful things on social media is people affected by the flames putting aside their political affiliations and beliefs to help out.

The most notable is actor James Woods, now more well known for being a vocal right-wing supporter on Twitter than his acting. But he's dropped all of that to act as a board to find missing people affected by the fire and boost messages offering help to those in the area.

Neighbors, friends, and firefighters have all received a fair share of praise by those in the area, including Cher, Minnie Driver, Kanye West, and Iggy Azalea all sharing some thanks to those who are working to save the area and sending well wishes from afar.

The amount of messages online is both devastating and heartwarming. It shows a community of people trying to come together to help how they can.

Not every story ends well, like the tweet from Doctor Strange director Scott Derrickson below, but they do highlight the important part of any disaster.

Hopefully, things do not get worse.