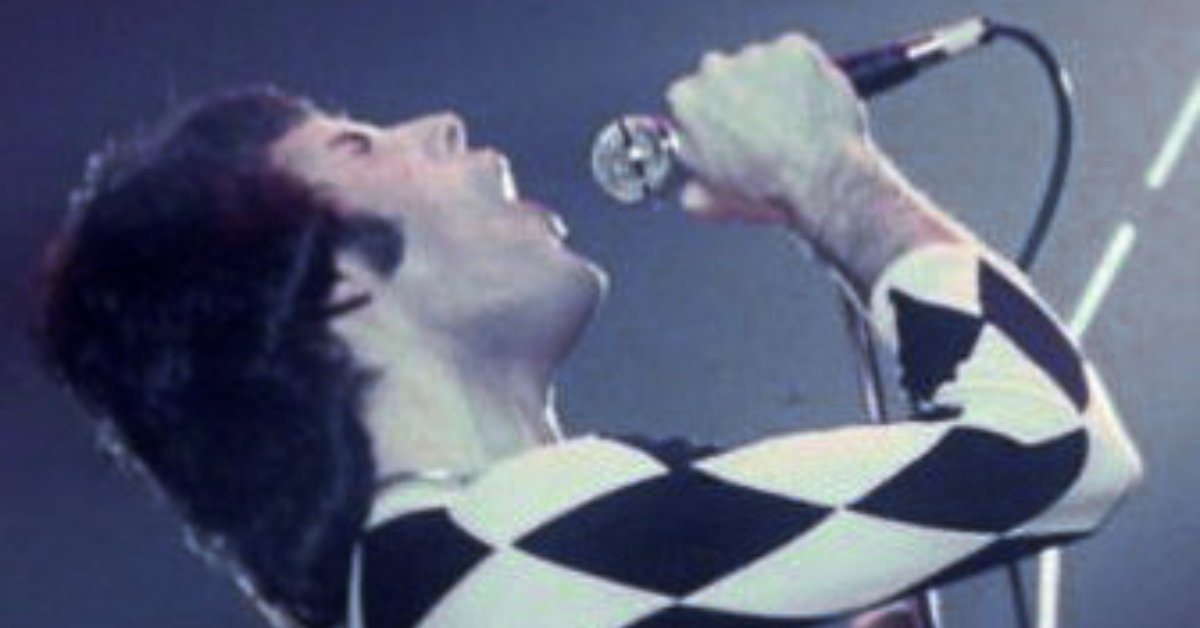 Elton John may have shared the most heartbreaking and defining stories about Freddie Mercury back in 2012.

In his book, Love Is the Cure: On Life, Loss, and the End of AIDS, John talked about his friendship with the Queen frontman and his battle with AIDS that ended his life in 1991.

The result is a story that will bring tears to your eyes and give you a better look at the man behind the music.

As he notes, Mercury was a private person and didn't announce his condition until the end. But even while the disease was ravaging his body, Mercury continued on as the person he'd been known as:

“Freddie didn’t announce publicly that he had AIDS until the day before he died in 1991. Although he was flamboyant on-stage – an electric front man on par with Bowie and Jagger – he was an intensively private man offstage. But Freddie told me he had AIDS soon after he was diagnosed in 1987. I was devastated. I’d seen what the disease had done to so many of my other friends. I knew exactly what it was going to do to Freddie. As did he.

“He knew death, agonizing death, was coming. But Freddie was incredibly courageous. He kept up appearances, he kept performing with Queen, and he kept being the funny, outrageous and profoundly generous person he had always been.

"He Truly Lived For Others"

The disease took its toll on Mercury throughout the rest of the decade, something which John describes with painful detail:

“As Freddie deteriorated in the late 1980s and early ’90s, it was almost too much to bear. It broke my heart to see this absolute light unto the world ravaged by AIDS. By the end, his body was covered with Kaposi’s sarcoma lesions. He was almost blind. He was too weak to even stand …”

But it was his one final act toward John that helped the singer cement his thoughts about Mercury's way of living:

“By all rights, Freddie should have spent those final days concerned only with his own comfort. But that wasn’t who he was. He truly lived for others.

As it turns out, Mercury had sent one final gift to John before his death:

“Freddie had passed on November 24, 1991, and weeks after the funeral, I was still grieving. On Christmas Day, I learned that Freddie had left me one final testament to his selflessness. I was moping about when a friend showed up at my door and handed me something wrapped in a pillowcase. I opened it up, and inside was a painting by one of my favourite artists, the British painter Henry Scott Tuke. And there was a note on the front from Freddie.

The note itself offered a final personal callback from the late singer, referencing his connection to John in a way that mattered more than just a simple gift:

“Years before, Freddie and I had developed pet names for each other, our drag-queen alter egos. I was Sharon, and he was Melina. Freddie’s note read, “Dear Sharon, I thought you’d like this. Love, Melina. Happy Christmas …”

"Captures The Character Of The Man" 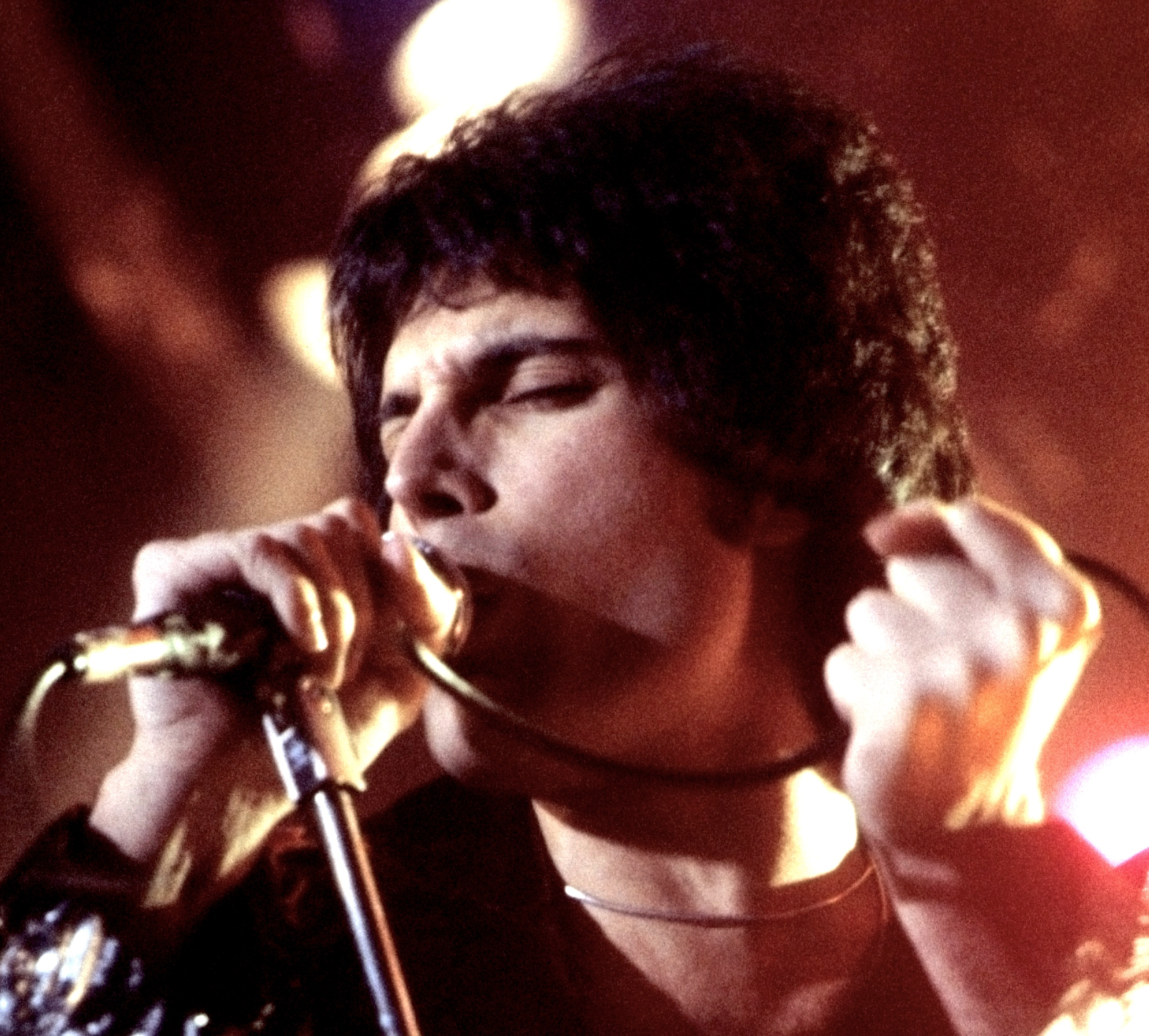 As John tells, it "captured" Mercury's character and shows what made him special:

“I was overcome, forty-four years old at the time, crying like a child. Here was this beautiful man, dying from AIDS, and in his final days he had somehow managed to find me a lovely Christmas present. As sad as that moment was, it’s often the one I think about when I remember Freddie, because it captures the character of the man. In death, he reminded me of what made him so special in life.”

The life of Freddie Mercury is full of interesting and sweet tales that help to paint a better picture of his life.

An interesting one and far, far away from heartbreak is his time trying to record with Michael Jackson -- and Jackson's Llama according to Contact Music:

The late star's manager Jim 'Miami' Beach says, "They got on well except for the fact that I suddenly got a call from Freddie, saying, 'Miami, dear, can you get on over here... You've got to get me out of here. I'm recording with a llama... I've had enough and I want to get out."

And it seems Mercury lived to regret walking away from the project - in a lost interview recovered for the new Dvd, Freddie Mercury: The Great Pretender, he says, "I think one of the tracks would have been on the Thriller album if I had finished it, but I missed out."

And it wouldn't be proper to talk about Mercury without singling out his talent and voice. Bohemian Rhapsody boosted the public's interest in Mercury in recent months, giving us plenty of glimpses into the creativity.

His isolated vocals from "Don't Stop Me Know" are something to hear. 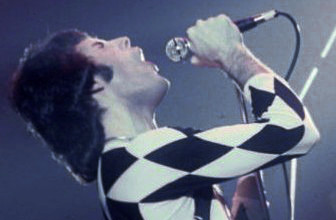 While the film itself doesn't give the full story behind Mercury or the intricate details that made his life something to behold.

If you find the time, it is worth the dig.