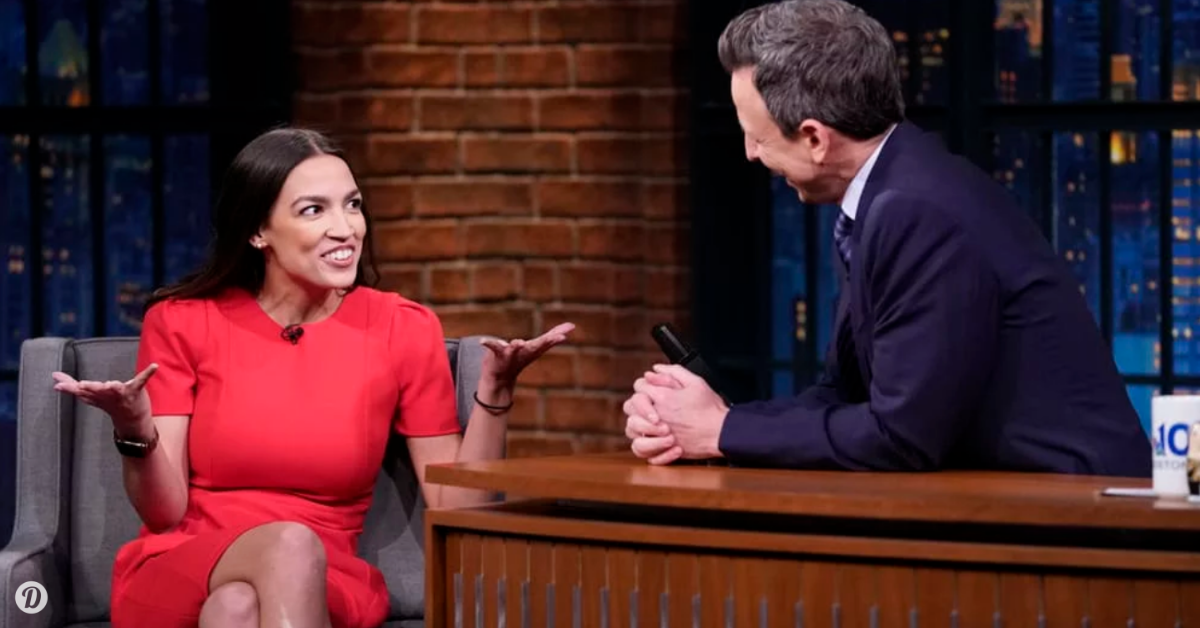 Ocasio-Cortez Fires Back At Haters: 'Why Are So Many Grown Men Obsessed With Me?'

AOC visited Late Night with Seth Meyers and opened up about her issues with Fox News.

Regardless of your side of the political aisle, it's pretty clear that Alexandria Ocasio-Cortez, the U.S. Representative for New York's 14th congressional district, is a political force to watch.

Not Everyone Is A Fan

Still, not everyone is a fan, with many Republicans​ and Fox News pundits regularly looking for new ways to criticize the freshman representative. It's starting to get a little weird.

A Visit To 'Late Night'

Ocasio-Cortez stopped by Late Night With Seth Meyers to break down her Green New Deal, and Meyers asked her about the Right's fixation on her age, her social media savvy, her background as a bartender, and her dedication to keeping corrupt money out of American politics.

When Meyers' pointed out that Fox News' hyperfixation was a little odd, AOC agreed.

“I mean, it’s weird. Like, why are so many grown men just obsessed with this 29-year-old? No, but I think it’s really funny, and the conspiracy theories are great.”

Dedicated To Her Staff

When asked about Mike Huckabee's suggestion that she could be some kind of "Manchurian candidate," Ocasio-Cortez shut that down really quickly, shifting the attention over to her staff's excellence instead.

“I’m not a Manchurian Candidate, but I do have amazing staff—and in no part thanks to the fact that we pay a living wage in our office. We don’t pay less than $52,000 a year, which means so far two of my staffers have been able to quit their second jobs in restaurants and be fully present at work. And so I hope it’s a lesson to the folks on the other side of the aisle that if you pay your staff, you’ll be prepared.”

A Lack Of Critical Consumption

In closing, Ocasio-Cortez pointed out her frustration with the rapid consumption of Fox News without fact-checking​.

“Well, it is funny because one of the side effects of this Fox News lunacy is that other actual members of Congress believe it, and see it uncritically.  ​And so I was on the [House] floor once and this guy came up to me and said, ‘Is it true that you got ten million dollars from Netflix?’ and I’m like, ‘No… what else do you not know! This is concerning!’”