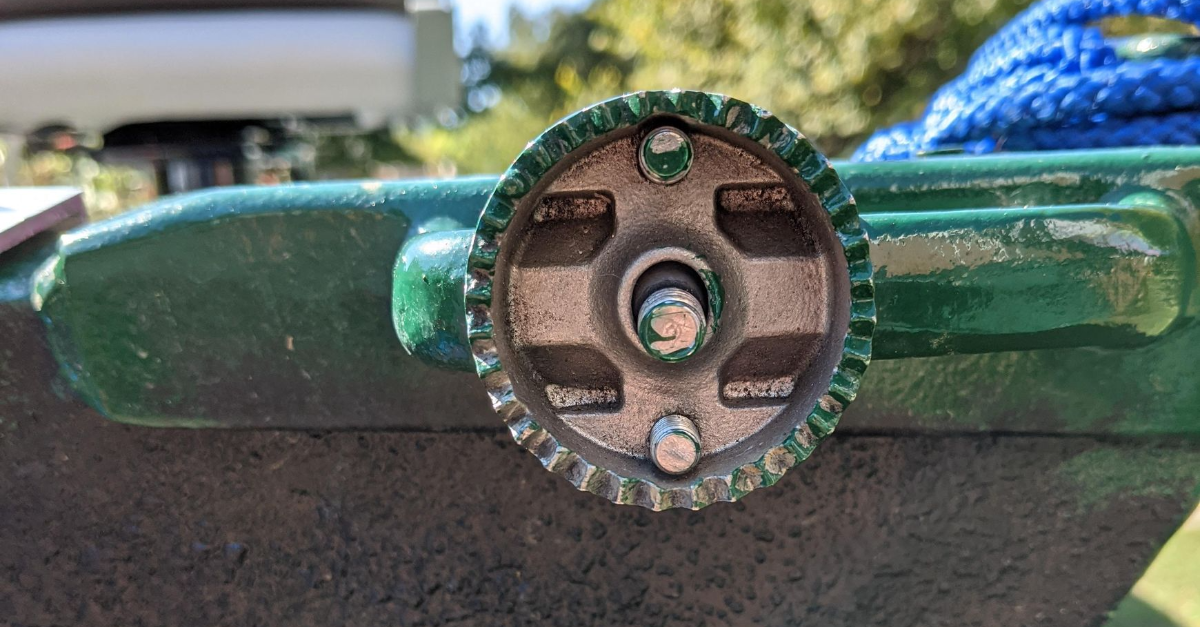 Picture this: you've just found something and you don't know what it is. What do you do? Well, if you're anything like the people in this list, then you'd probably go to the internet for help.

Ask, and you shall receive. Someone out there knows what even the most obscure items are, which makes the internet the best place to identify mystery items.

"Weird excavations at the construction site of a highway. Only thing that comes to mind is archeological excavations? Or some kind of ground cross section analysis?" 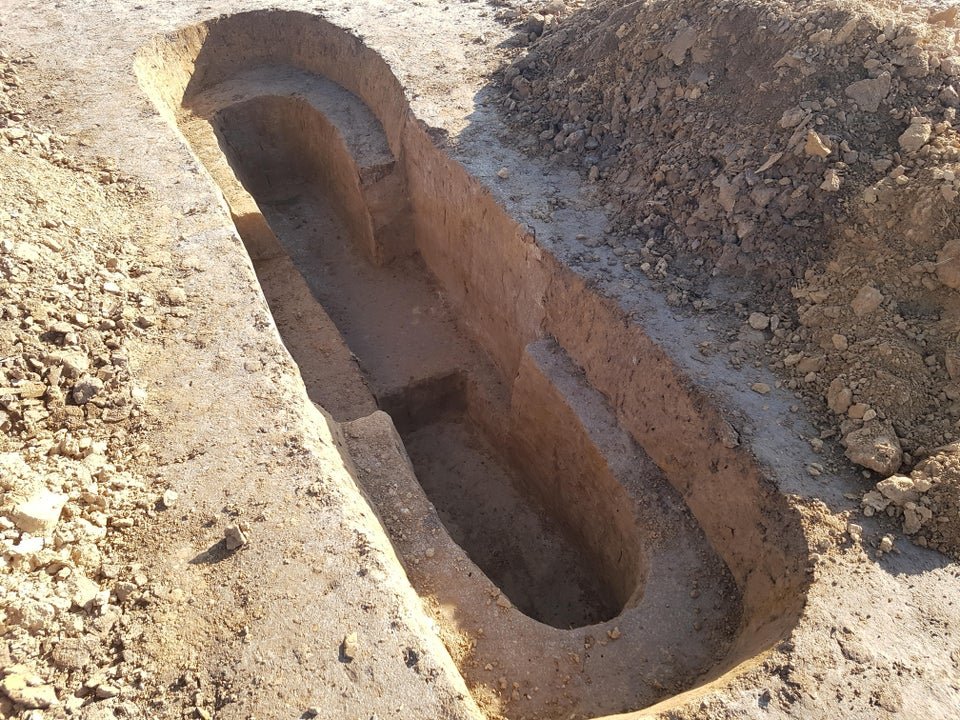 Reddit user kumotaki said, "Most definitely archaeological excavations prior to the building of the highway. Most European countries have heritage laws that impose preventive archaeological surveys before major public projects."

Well, that was easy enough.

"A white cubicle with a black glass screen and a control panel on top." 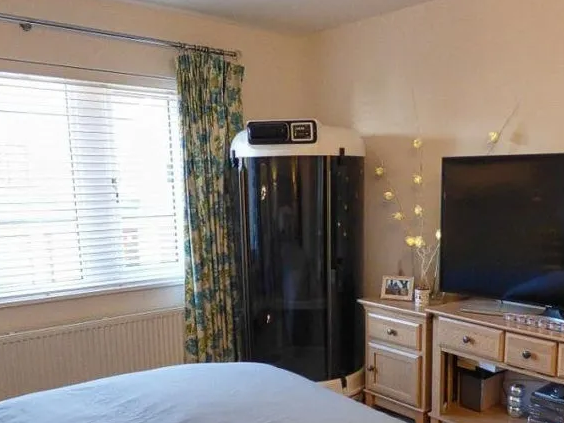 A few people in the Reddit comments got this one right. It's a portable sauna, which is a thing I learned existed today. Looks out of place in that room, but it's probably super handy to have around.

"Small piece of metal, almost looks like a piece of a large bike chain... Coworker caught this in his tire and says there were about a dozen of them in the road." 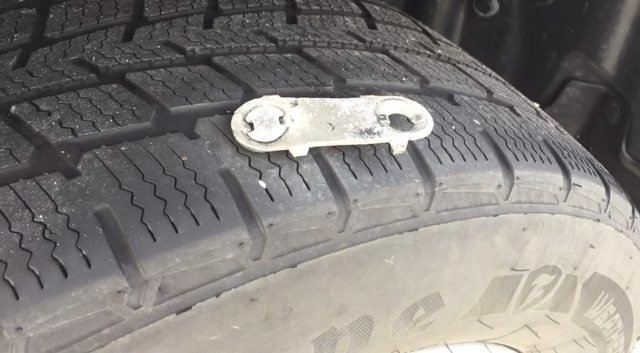 Reddit user and apparent semi-professional finder brock_lee knew what this thing was, saying that "It appears to be for conveyor equipment." As in, for road work. Hopefully it didn't do too much damage to the tire...

"According to lens this is some kind of old sheet music, anyone know anything more about what this is?" 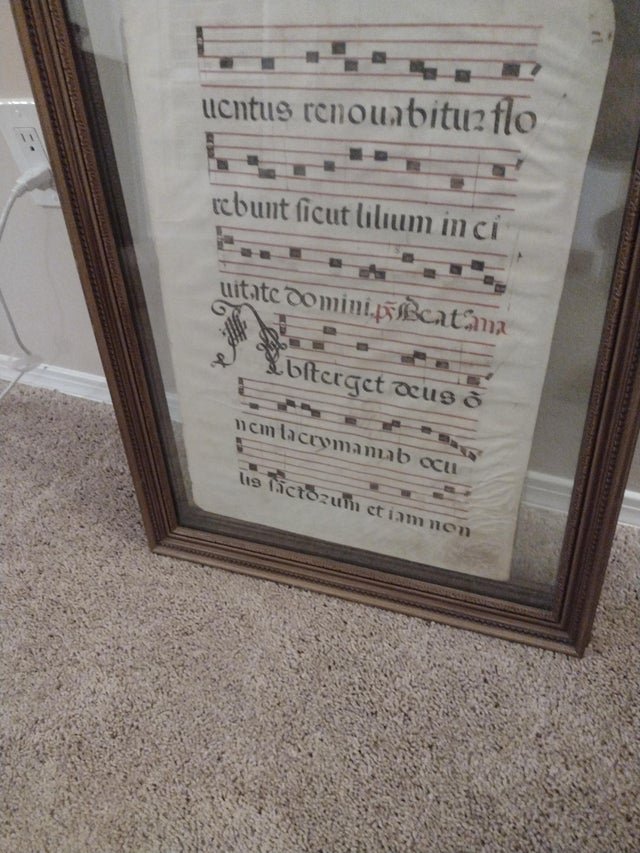 It took a bunch of different Reddit commenters to explain what this thing is. It's basically a piece of sheet music for Gregorian chants, which is one of the oldest recorded musical styles. This thing has got to be hundreds of years old!

"Light switch. The top part unscrews and looks like an old cigarette lighter inside." 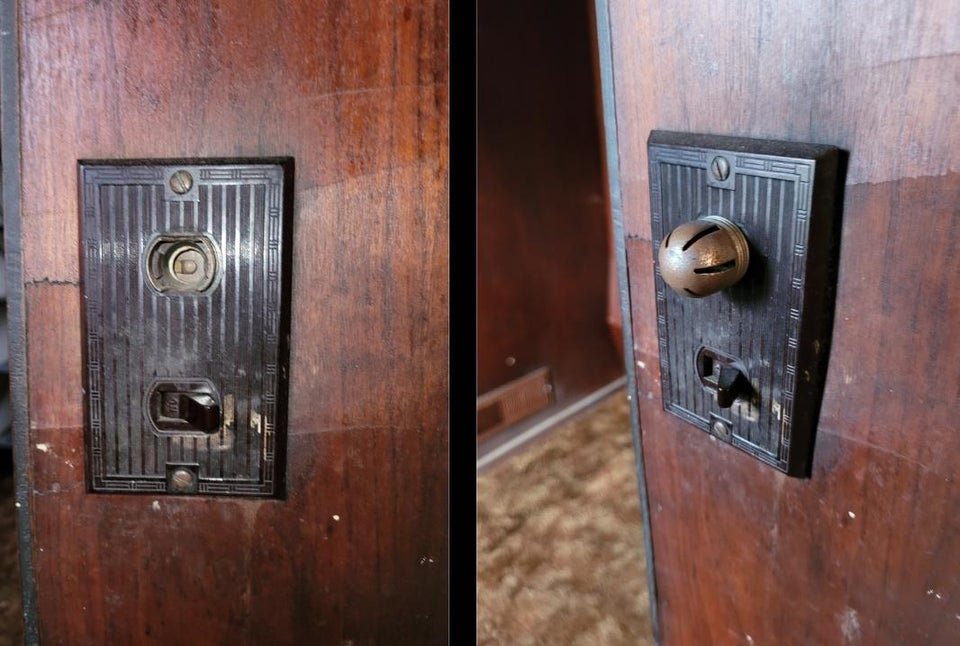 Reddit user RedSpecter85, who happens to be an electrician, knew what this thing was (and spoiler alert, it isn't a cigarette lighter): "It is a lamp holder for an indicator light."

Wow. That was easy.

"What is this Hand Tool ? Found in our lab that's undergoing mechanical renovation. Hand engraving says 'PT Shop'. None of our lab techs recognize it from our tools." 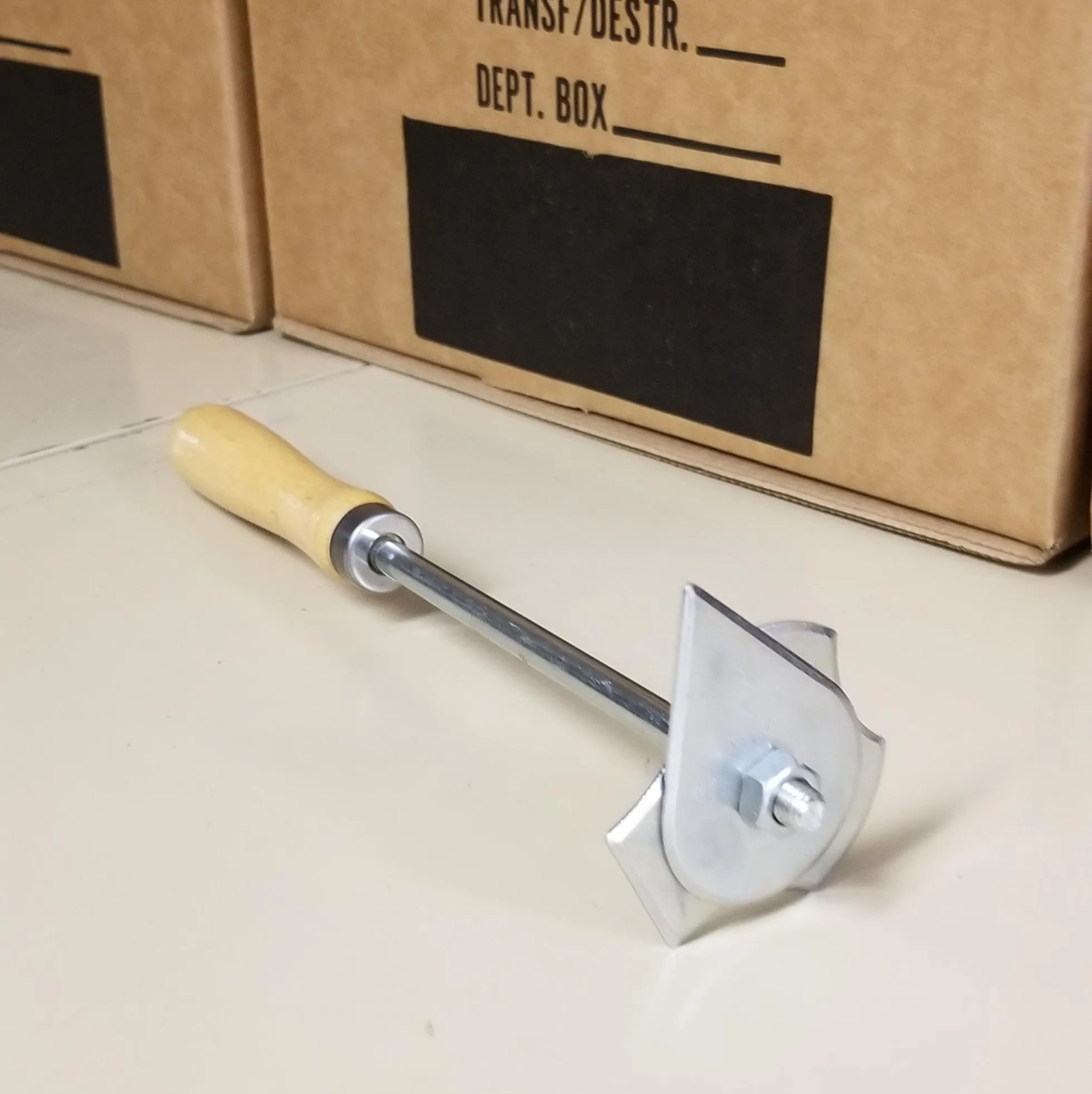 Reddit user adg144 said, "It's a few heat gun scrappers bolted together." While this seems like a bit of a random answer (why would they be bolted together?), it also ended up being the correct one.

"This lamp glows purple from two plates and the contacts get very hot. Anyone know what this is/was used for?" 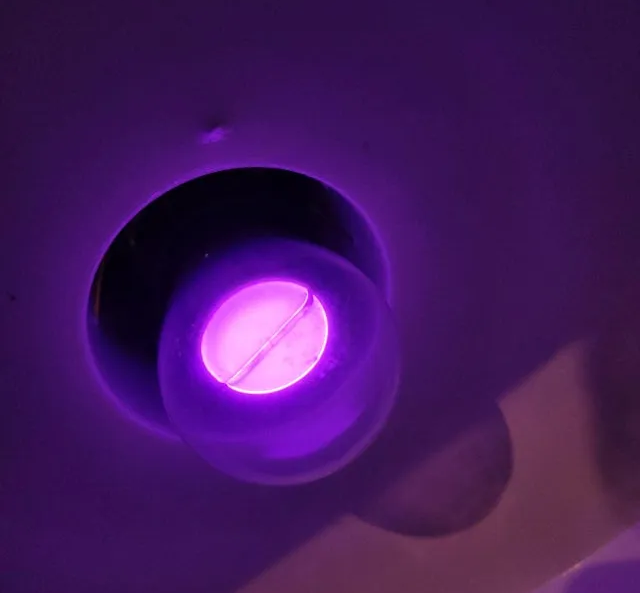 According to Reddit user Thunder-zleny: "Looks like GE AR-1 (or replica), just like a neon lamp, but with different gas mixture. The contacts are hot because the base of the lamp contains the ballast resistor."

"What is wrong with the inside of this regular apple?" 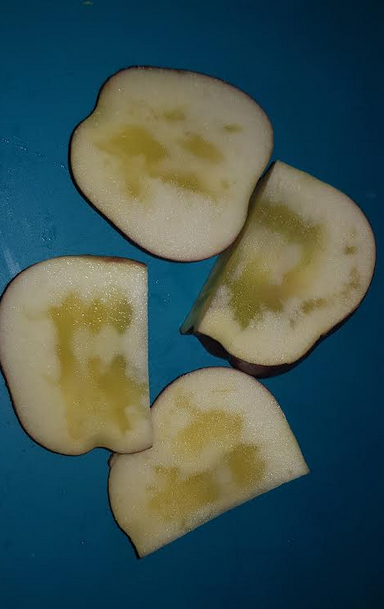 According to the internet (and Reddit in particular), there's nothing wrong with the apple. In fact, it looks like it was frozen and then thawed (OP even confirmed this).

So this is what happens to an apple after it's been thawed after being frozen. 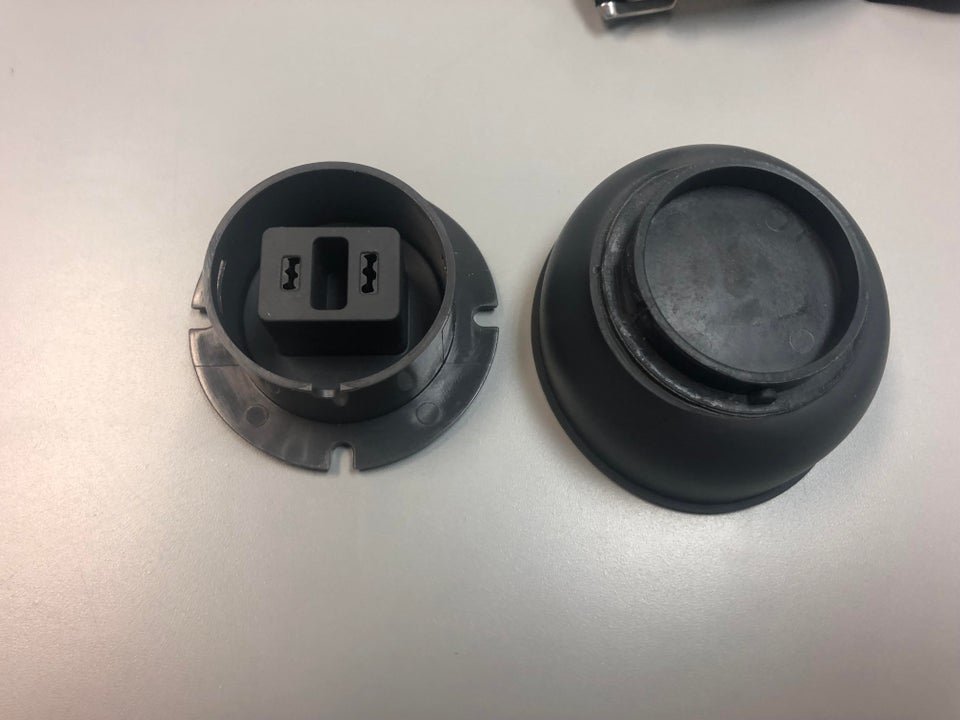 "It looks like a cable organizer/length tamer. Plug goes in to give some slack, then you wind the excess cable up around the hub, and the ends come out of the small openings," Reddit user DrMcJedi said. And you know what? That actually makes a lot of sense.

"Found in the middle of road. Can't fathom what it is. It has a fiberglass shaft with a button screw top. The button screws to a piece that is pressed to attach to a metal braid." 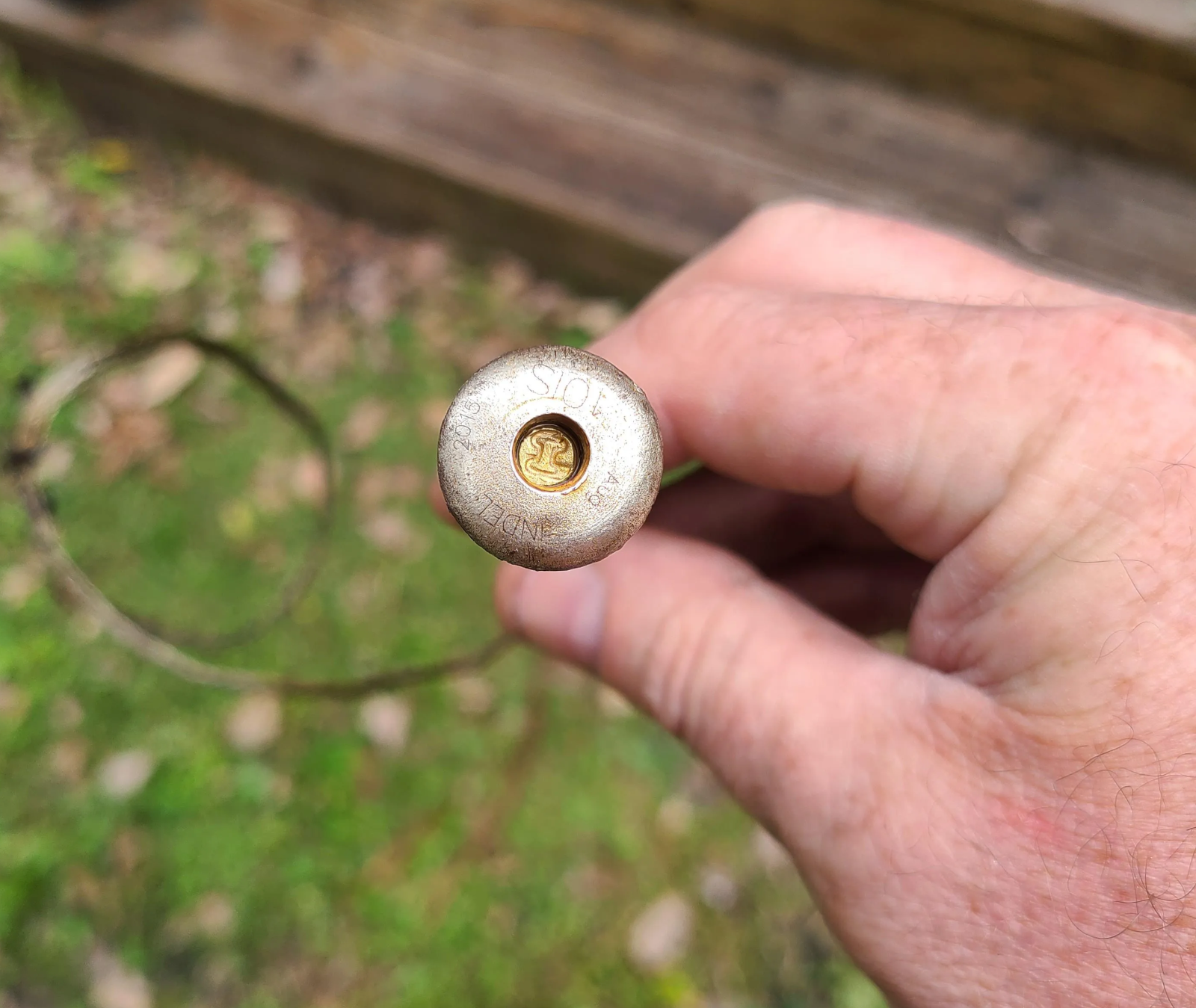 Reddit user andersonfmly shared a link to something called an expulsion fuse link, and that ended up being the right answer. What does it do? Well, electricity, I guess.

"The arms and legs are closed off. There are drawstrings on the tiny waist openings, and Velcro on the small neck opening. Scarecrow, perhaps?" 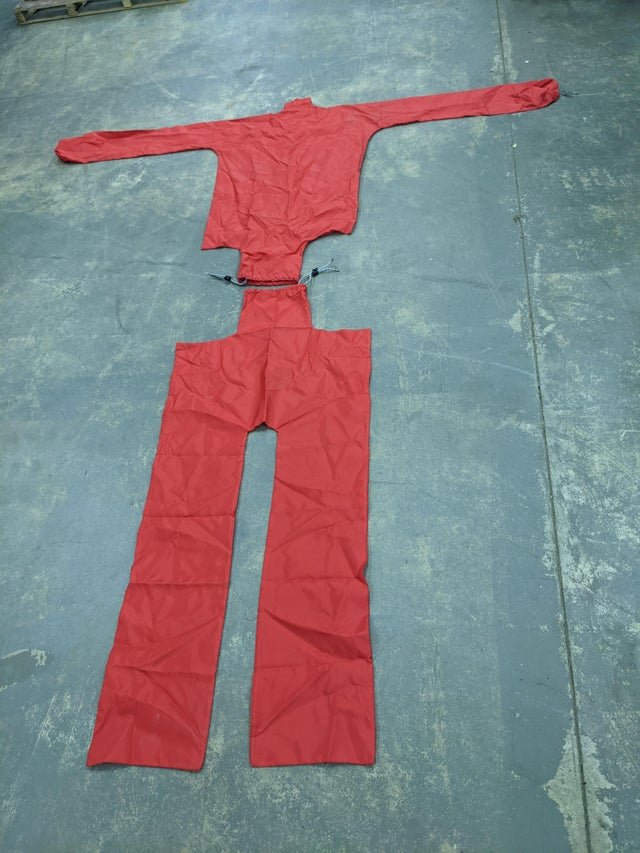 Reddit user davidbrianhoran identified this thing as an inflatable ironing setup. It looks like you blow it up and put clothes over it, and then iron those clothes. I think I'll stick to an ironing board.

"What is this item? It has a tube connected the a blue box with some sort of nozzle on the end." 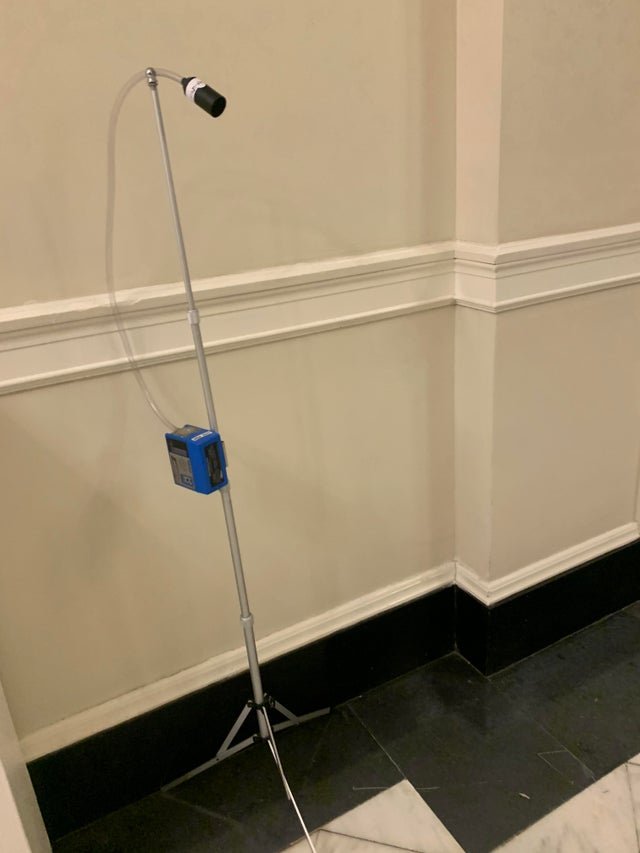 Reddit user NewLandGuy commented that it's an "air quality sampler, in short it is an air pump. Used the track particle counts, etc.."

Other comments said that it's probably checking for asbestos, which you wouldn't want being in your air.

"4 FT x 4 FT cement platform with a metal sheet riveted to the top of it." 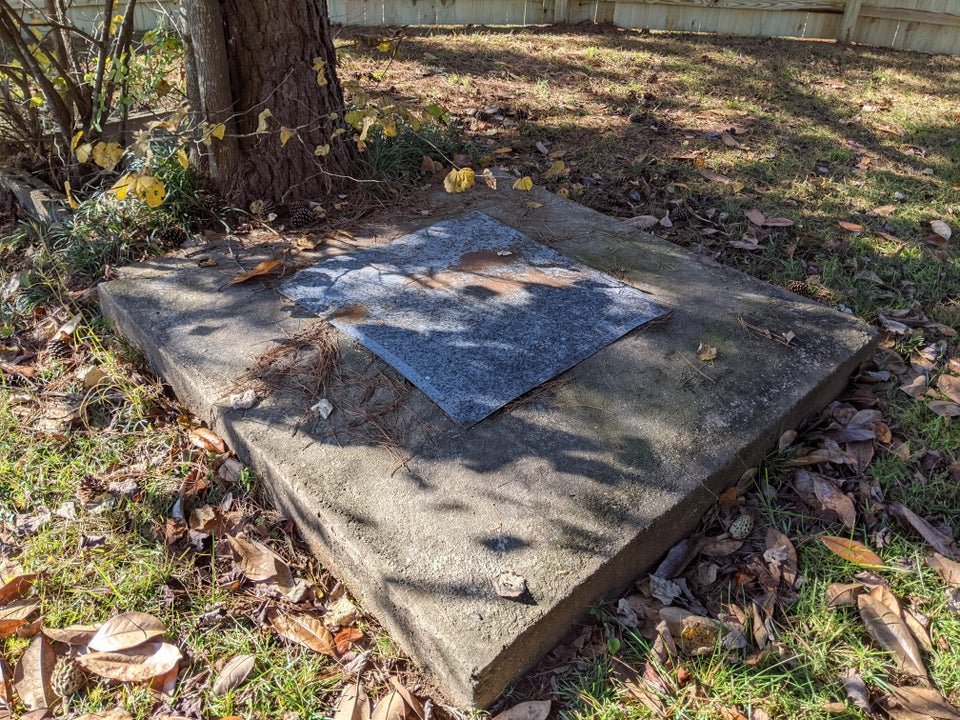 Pretty much every comment under this post said that it's got to be either a cistern or a septic tank. While these are two very different things, they're also pretty similar, so I think it's safe to say we have an answer.

"Approximately 1" by 1.5". Cold to the touch and feels like metal. Has 003 engraved in it. Backside looks the same as the front. Grey in colour." 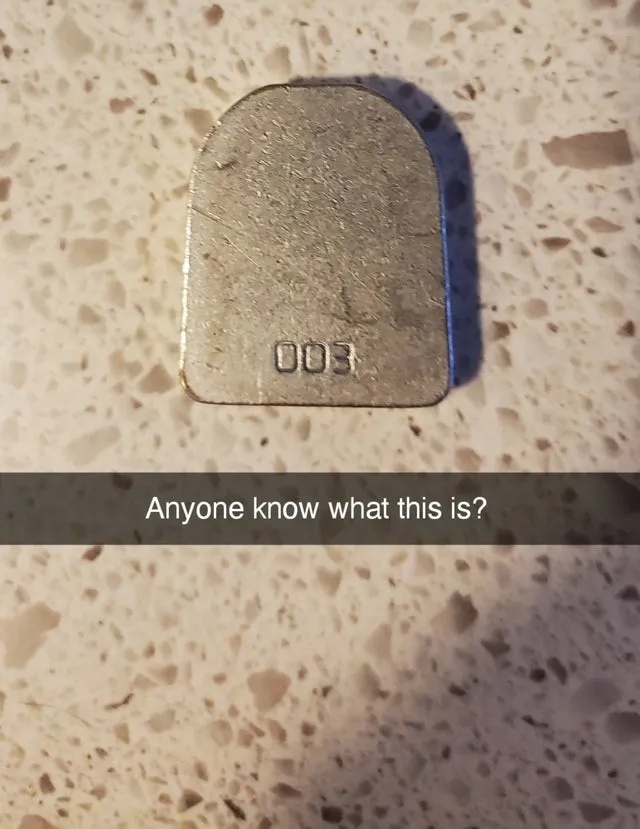 A few different guesses, but only one can be the right one. According to Reddit user michaelfkenedy, it's a "rear view mirror bracket. There should be a bevel to the edge if it is." Ding ding ding, we have a winner! 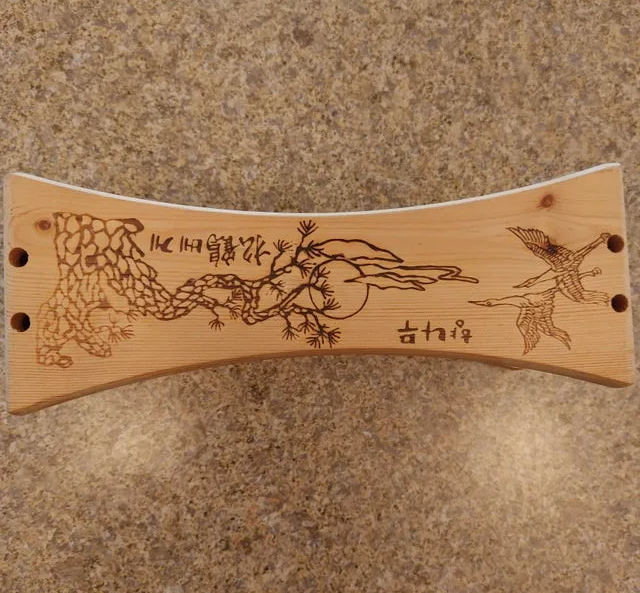 This thing seems to be a wooden pillow, which were used in parts of Asia way back in the day. Makes sense, since there's Chinese and Korean writing on it.

Surprisingly enough, it's not really anything that special.

"What is this instrument? A guy walked into my tram today in Geneva to play it and it sounded really nice." 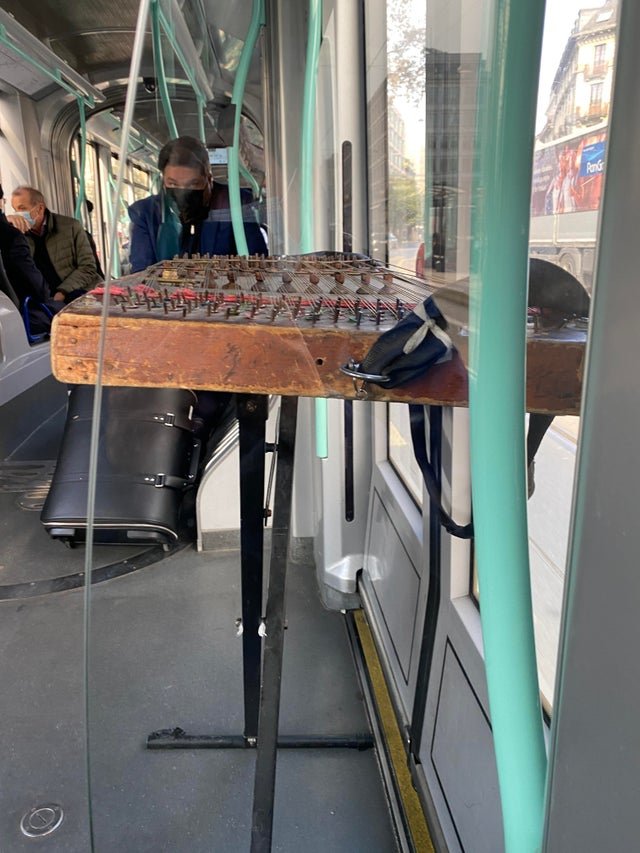 If you look at the top of the instrument, you can see a bunch of strings stretched over it. So clearly, this is a string instrument at the very least.

According to Reddit user uncle_rob, it's a dulcimer. It's a kind of string instrument that's been around for a good few centuries now.

"What is this bean shaped gadget?" 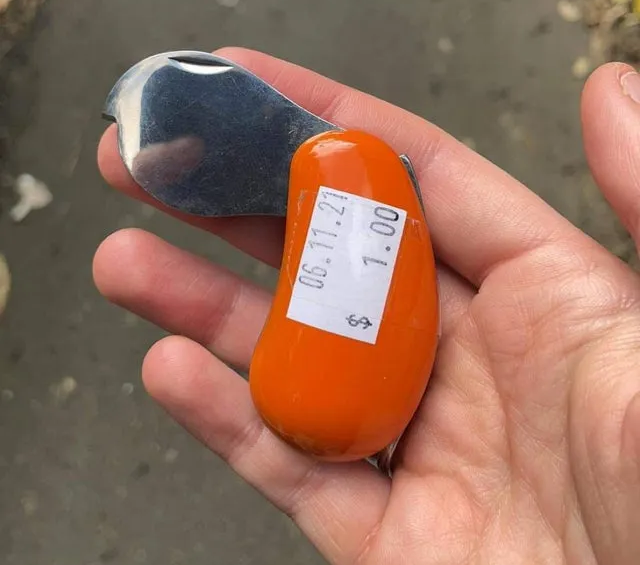 Apparently, this is an orange peeler. And like for many in the comment section under this post, this is the first time I've ever seen one. I can see that coming in handy in the future.

"Found this on a train in Sweden, you can pull it out an push it in to the table in front of your seat." 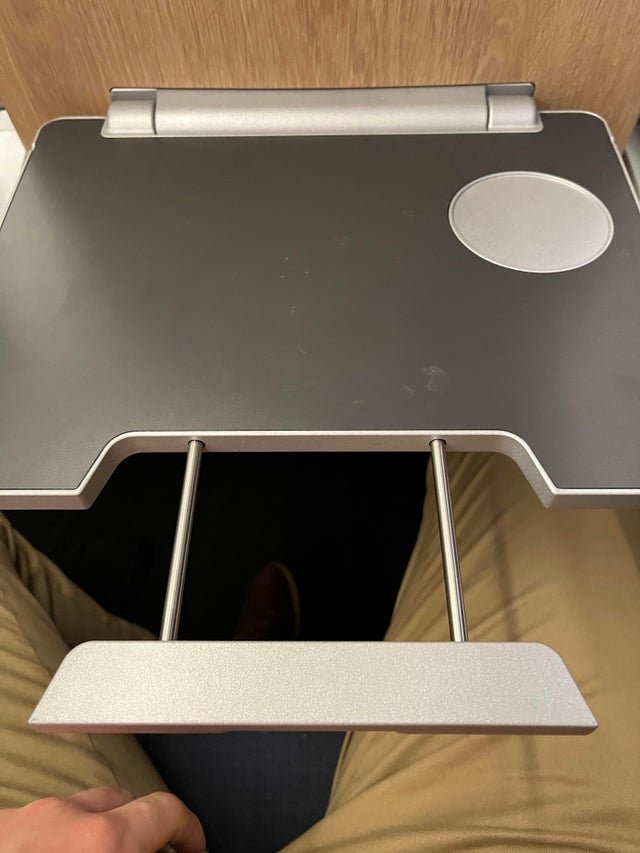 It seems a little strange, and yet the answer couldn't be more obvious. A few commenters chimed in to say that it's an extender for laptops. Makes sense that it would be on a train, especially if it's one that commuters take.

"Looks like a ball peen hammer with a swivel point." Reddit user Fleetmech had a very good (and lengthy) explanation for this thing:

"That's the clapper from an alarm bell. It rotates around inside the gong, the flexible head impacts the gong and the fixed side is its counterweight. They were often driven by a little water turbine inside fire sprinkler piping, so when the fire sprinklers activated, the bell would ring."

I never would've guessed in a million years.

"This round metal-toothed thing that is screwed to my Jon boat handle." 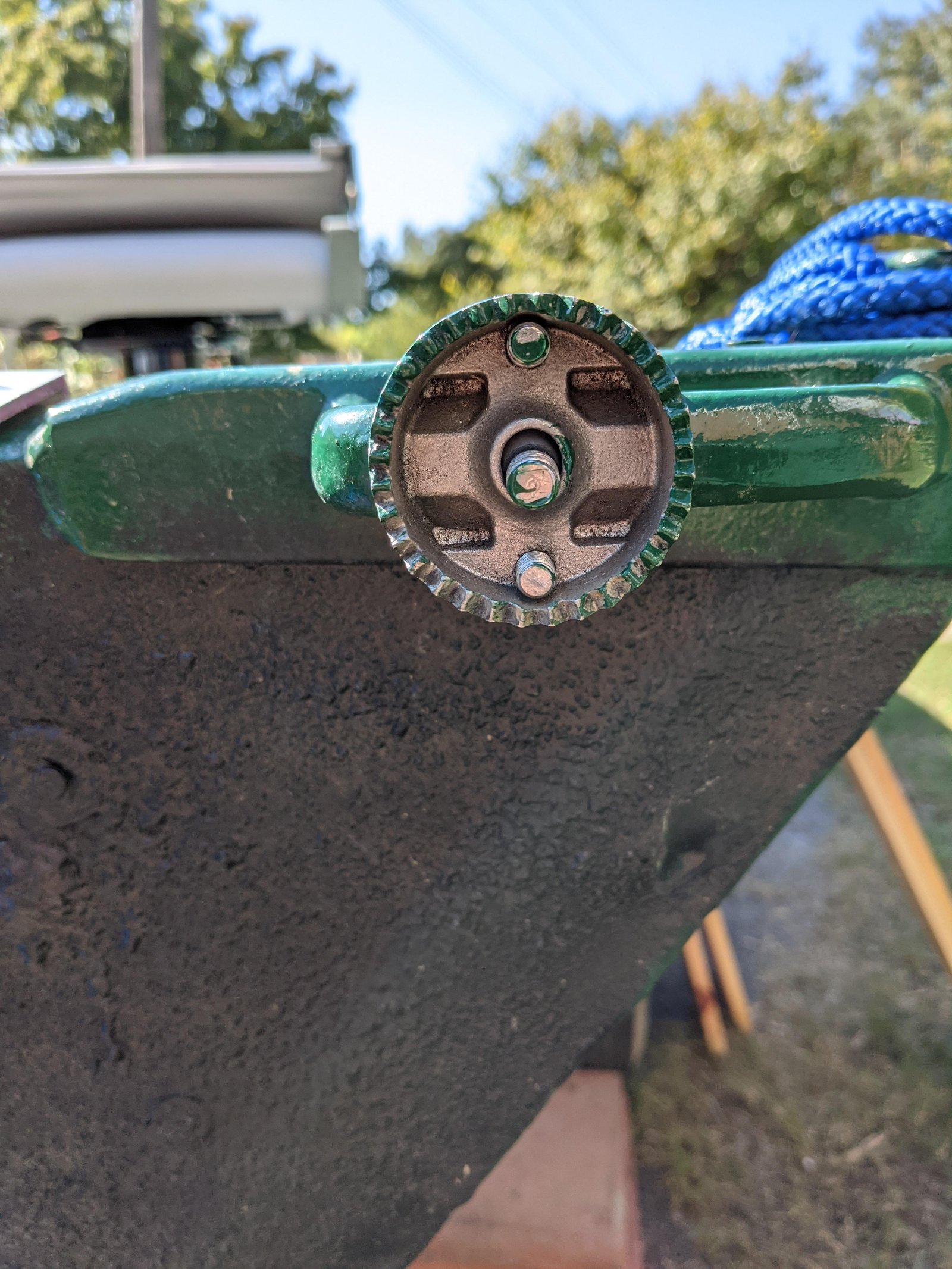 Once again, Reddit user brock_lee had the right answer, saying: "It's half a mount for something, like a flag pole, or a fishing pole holder, etc." Weird, but that's exactly what it ended up being.