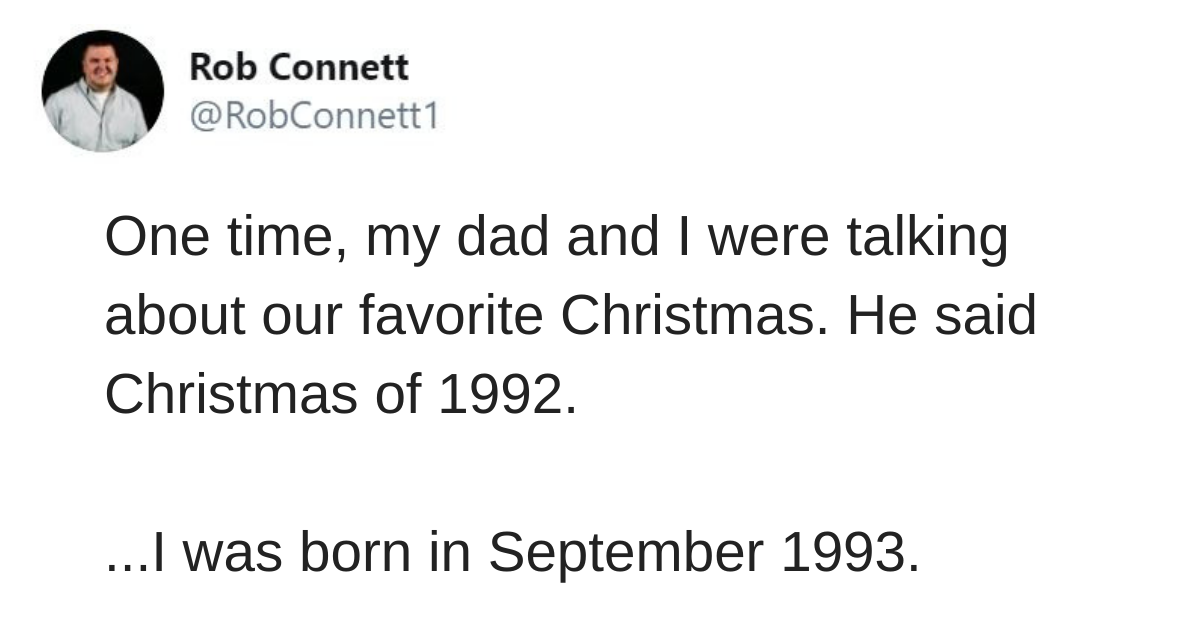 There are some people in life who just have no filter. They're the kind of people who will happily tell you all about the bowel movement that they've just had, or that wart that they've got that you really don't need to know anything about.

However, as unpleasant as the stories such people may tell you can be, they do make for interesting reads! What initially started as a Twitter hashtag began by Jimmy Fallon, #ThatWasTMI quickly became one of the most strangely engrossing threads on the internet.

With that in mind, here are a collection of the most bizarre and unsettling responses!

This is the first one on the list to actually make me gag — and yes, I said "first" because there will be many more!

That sounds like something that someone who was covering up how many pedestrians they had really hit would say.

No one exactly likes queueing for restrooms when they're at a theatre, but it's just something that people have to do. Also, don't tell people, the main point of this plan of attack is surely discretion.

This person added another tweet to say that all she could think to say at the time was, "That's nice."

Wow, that is a shockingly inappropriate thing to do! Also, why would you choose that moment to do that? This professor needs to learn to read the room.

It's always good to make sure you give an outfit a dry-run before a special occasion. And look, if you're going to be wearing something when you're dead, then you're gonna want to make sure it looks and fits well, you're dead for a long time after all.

Look, I'm not saying that your mother is in any way innocent here, but if you don't turn off email notifications when giving a presentation then you kind of deserve this!

Imagine trying on an item of clothing, only for to smell of farts. Also, mustn't people think it is suspicious when this person surreptitiously backs up into a clothing rack.

Yep, just gonna breeze straight passed this one, nothing more to consider here.

He Calls It A What?

The phrase "womb broom" should never have come into being. I hope that this phrase never gets said again, and anyone who does say it should face criminal charges.

Normally I find it is the customer giving away far too personal details, but not this time! Also, that's some fast math from the cashier.

Till Death Do Us Part

Good to see they had faith in the marriage. I wish the couple could be tracked down to see if their marriage did last.

I know that some people may be tired in the mornings, but, as a general rule, you should always check what something is before putting it in your mouth.

I think everyone is now traumatized! Just think how shocked your dad must have been!

If you can get drunk then there is no problem with your parents being drunk!

It's Just So Emotional

Is it only me that finds this a little uncomfortable? This guy really needs to get out more.

Just so long as you aren't the "perfect murder victim" then that's fine... I guess? Maybe an anonymous call to the police might be in order.

Not Quite There Yet

That is the sort of activity reserved for a top-tier friendship, especially if it was just a picture on an out-of-the-blue text!

It sounds like your child was just trying to help out! I think a lesson in discretion may have come shortly after they got home.

No Dairy For Me

Some people just love talking about their bowel movements, even with complete strangers. I have never understood these people, and I don't think I ever will.

Tell Us How You Really Feel

Nothing says I hate you like a hideously frosted fruit cake which says, "Happy Birthday or whatever..." on the top in wasabi paste.

If At First You Don't Succeed...

Honestly, as traumatizing as I'm sure this was to be told, I also you should be happy your parents didn't give up. They fought the good fight and here you are.

Since this isn't my own grandmother, I can applaud her for going the extra mile to avoid theft of the panties variety. Well done, ma'am.

I think we could have taken her word for it but she was clearly sent on proving her point, just in case there were any doubters in attendance.

The worst part about this is the complete lack of context. What was dad trying to prove with this random picture? Why did mom have two lollipops? So many questions.

I love strangers with absolutely zero boundaries who see no problem sharing the most personal information with some rando in line at the grocery store.

At least this poor person got a funny story out of this bizarre experience.

We must never forget this was a real thing the President of the United States really said about his real daughter.

I firmly believe that mothers are incapable of keeping secrets, no matter how big. If you tell your mom something, you better believe she's going to bring it up the next time she sees a relative or a friend.

She lives to gossip.

Helping your mom find something so she can look sexy for your dad sounds like perfect material for your next therapy session.

I mean, I'm sure we're all very happy for you sir but I'm also sure you could have broke the news in any other way possible. Was this really the window of opportunity you'd been waiting for?

I'm not sure if maybe that cashier needed to get that off their chest or if they expected this person to somehow do something about it. Overall a deeply confusing exchange.

It's Cards Against Humanity, Not Never-Have-I-Ever, Gramps.

I'm surprised some grandparents out there are so shockingly open about their personal lives. I couldn't imagine my 80-year-old gramps even playing Cards Against Humanity, let alone sharing secrets about grandma at the same time.

That's all dad's been up to lately, I guess. Nothing else worth sharing.

I think perhaps this aunt should invest in wet dog food. It would definitely save her from having to pre-chew her pup's kibble like a momma bird.

Okay, can we all admit that if these aren't your grandparents and you forget that we're talking about elderly people for a second, this is actually hilarious?

At least wait until he's out of the room before you start showing off his underwear stains!

That's probably because once he had children, he could no longer spend stupid money on daft things, instead having to buy things essential for your survival. It's a large price to pay but it's kind of worth it.