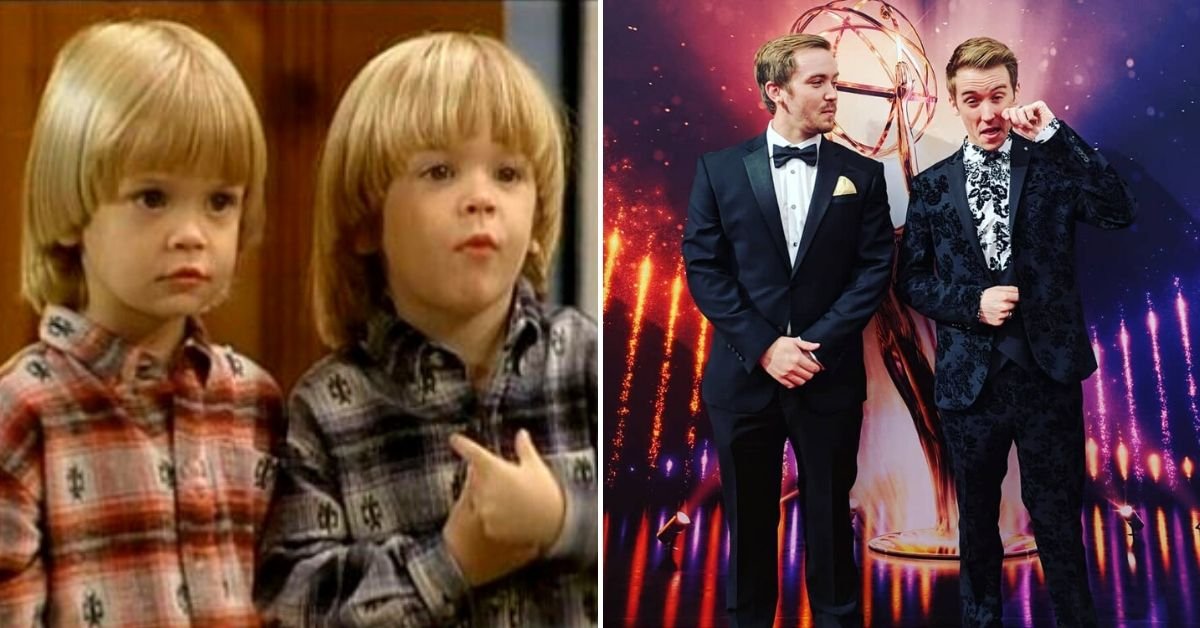 5+ Famous Hollywood Twins Who Grew Up Before Our Eyes

Twins: Hollywood is actually full of them.

Whether they start out as child stars or burst onto the scene as teens, we've seen a surprising number of them grow up on our screens.

From our faves of the '80s to massive YouTube stars, here are some of the most notable twins in Hollywood.

1. Mary-Kate and Ashley: Then.

I mean, we have to start here, right?

Arguably the most famous twins to ever come out of show business, Mary-Kate and Ashley got their start sharing the role of Michelle Tanner on Full House.

They built a small empire.

They started their own company, called Dualstar, that produced all of their shows and films.

After dominating the young adult scene, they moved on to be successful teenagers, too, starring in films like Billboard Dad and New York Minute. 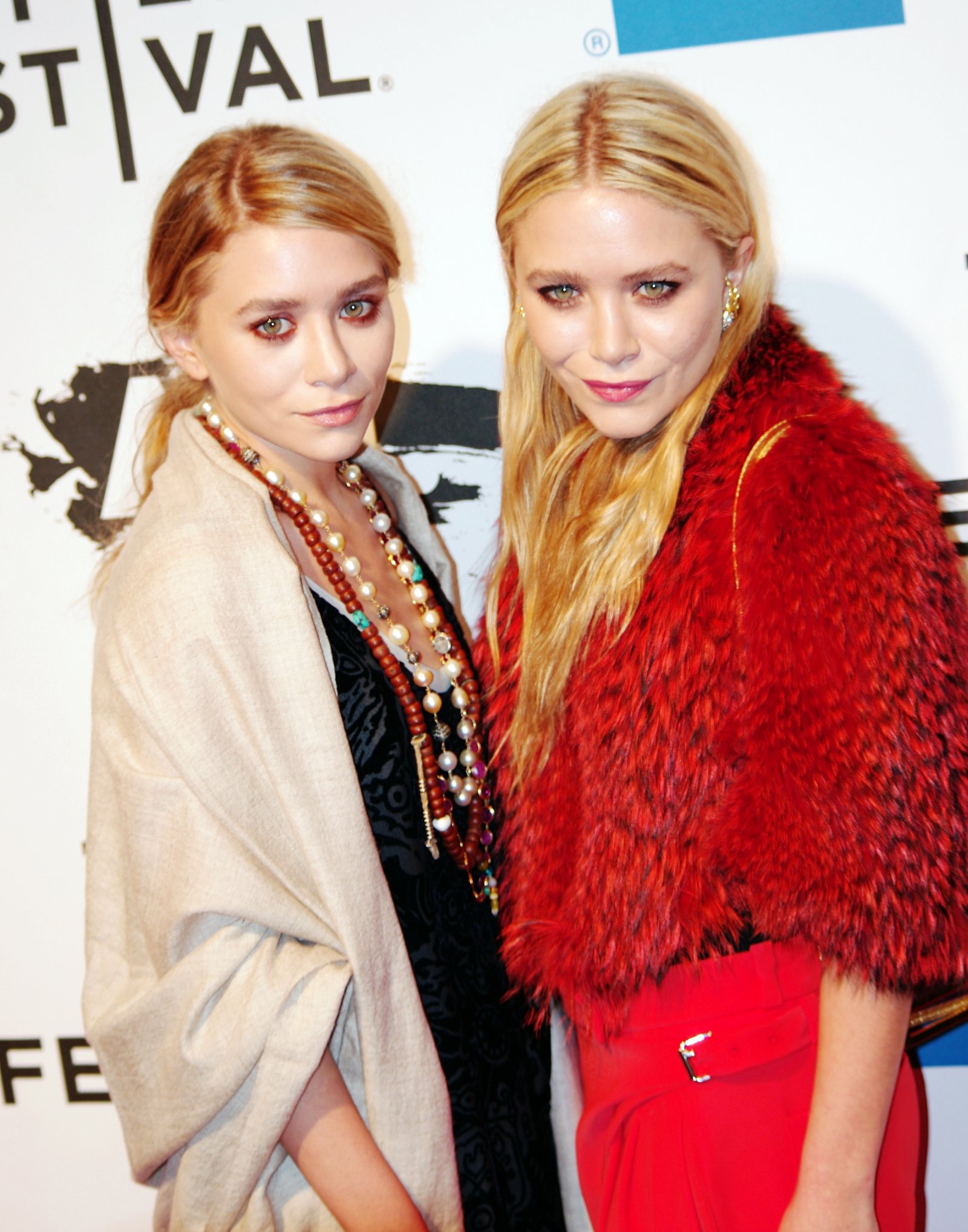 Their first fashion line was sold in Wal-Mart and aimed at young girls. From there, they launched a short-lived beauty line, called "Mary-Kate and Ashley: Real fashion for real girls." 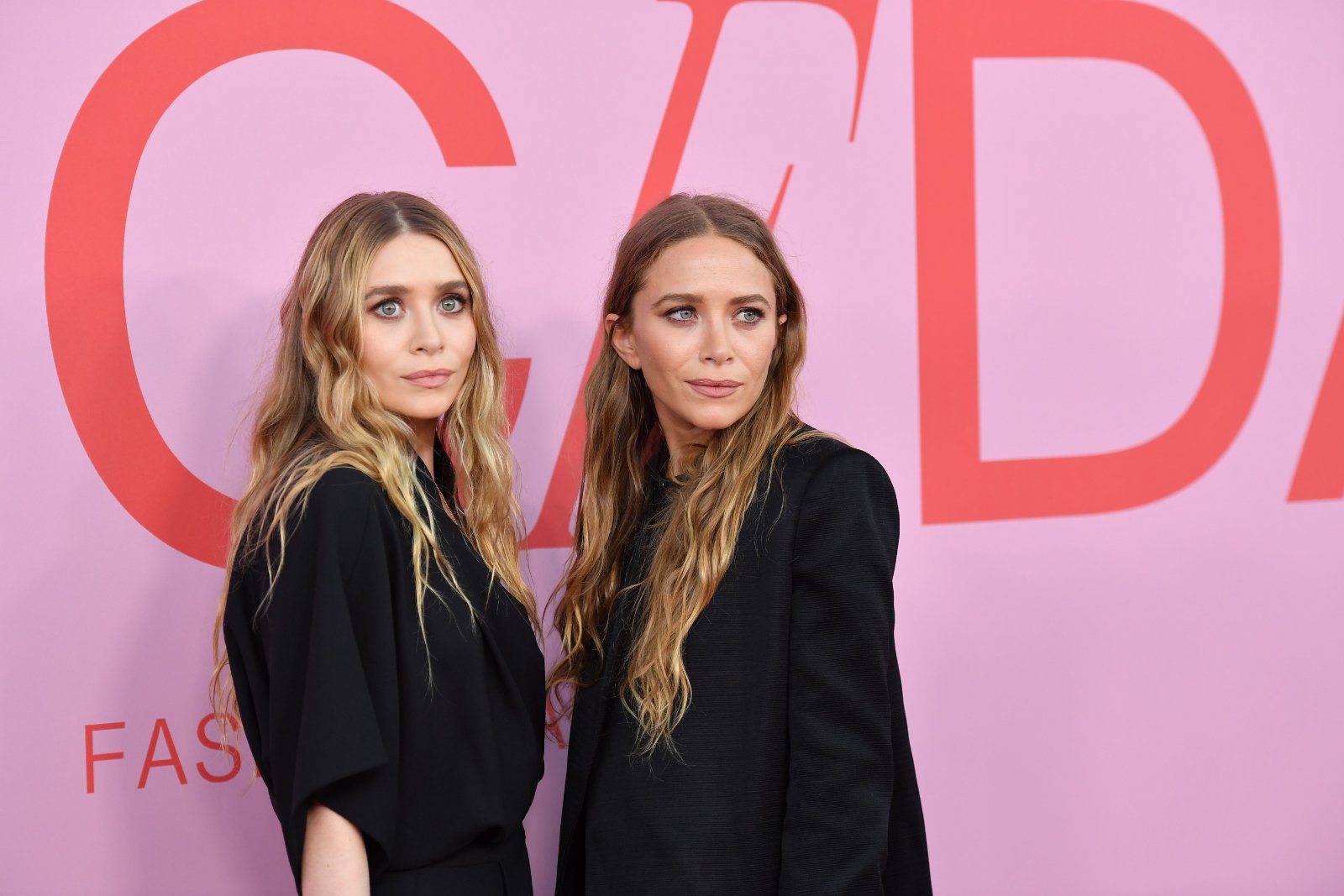 Now, they own a prestigious brand called The Row. For the first three years that they owned The Row, they declined to name themselves as the people behind it.

The brand is now award-winning, and regularly shows at New York Fashion Week.

2. Benji and Joel Madden: Then. 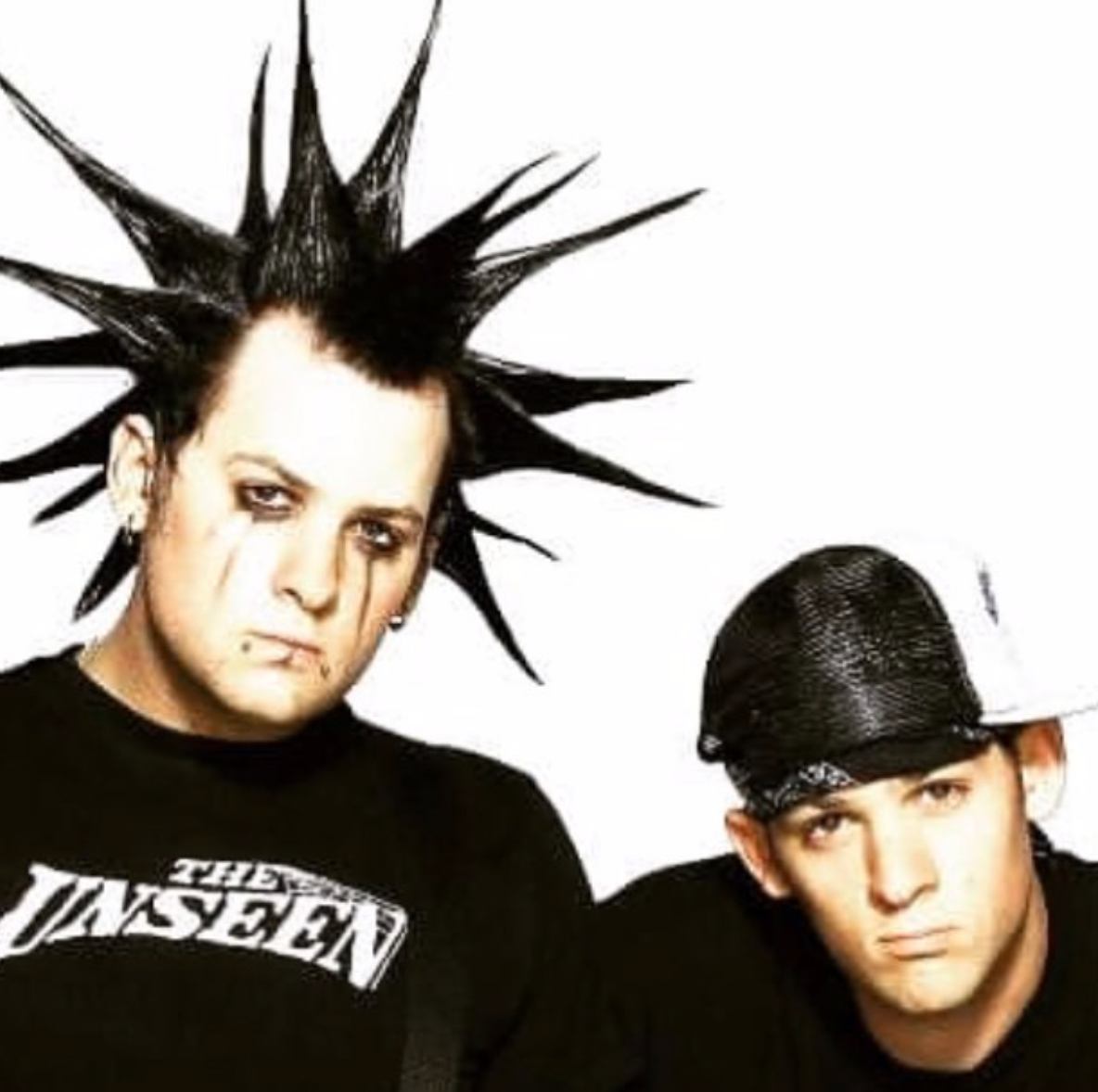 Where would we be without the Madden twins?

Benji and Joel formed the band Good Charlotte in 1996, and proceeded to become worldwide superstars as the band's lead singers.

Tbh I still know all the words to "Lifestyles of the Rich and the Famous." 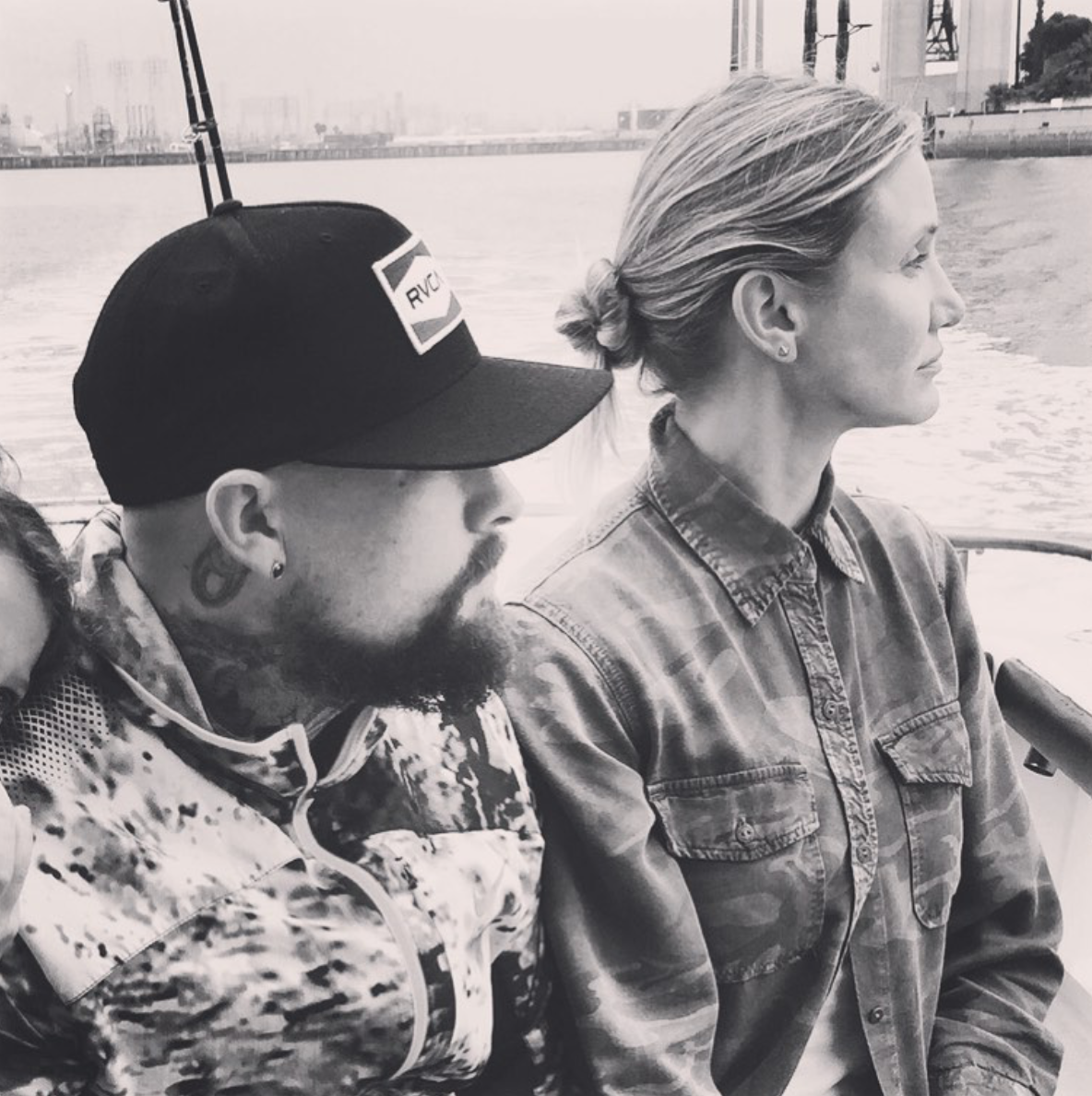 Anyway, these days, Benji and Joel are still singing. More importantly, though, they have super cool wives. 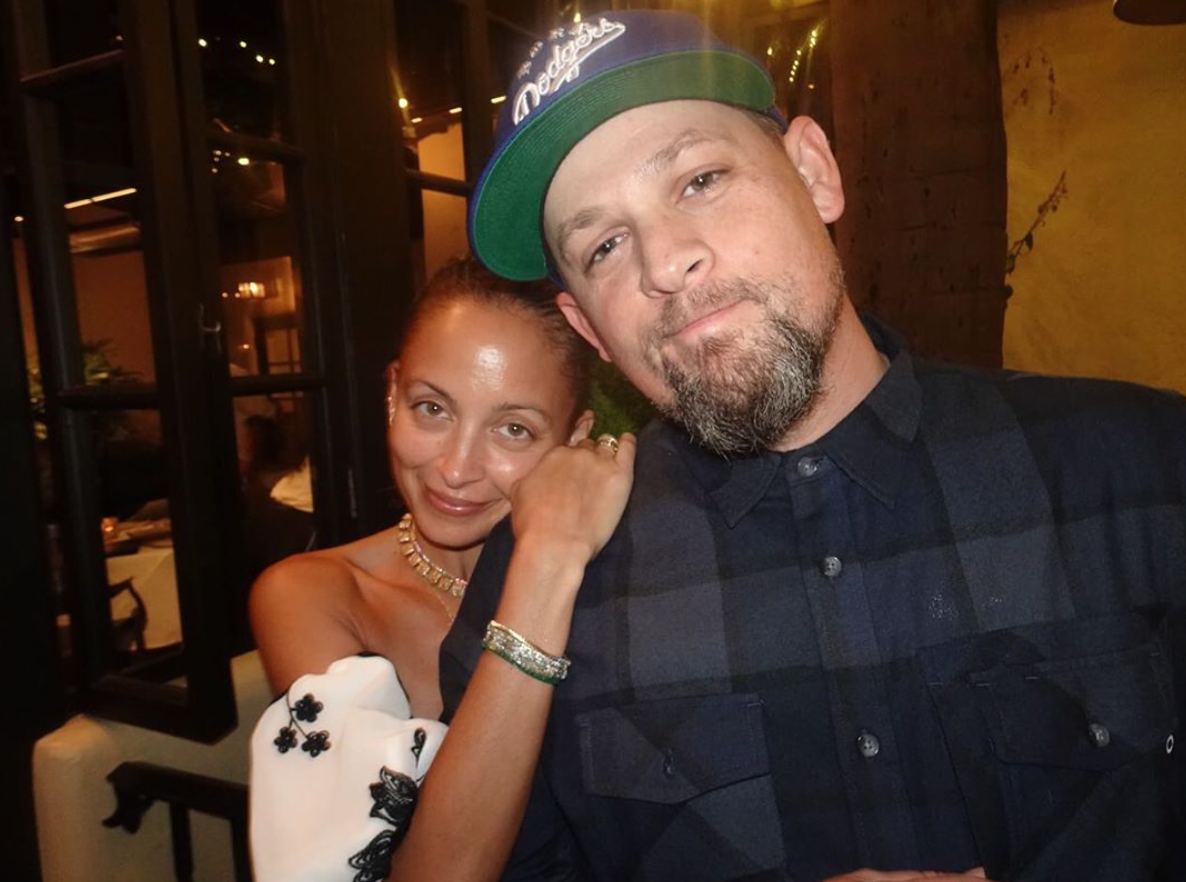 Joel Madden briefly dated Hilary Duff before meeting his future wife, Nicole Richie. Yup, Nicole Richie and Cameron Diaz are sisters-in-law. And they all hang out together!

Joel and Nicole have two adorable children together.

3. Brittany And Cynthia Daniel: Then.

You may remember them as another famous pair of twins: Jessica and Elizabeth Wakefield in Sweet Valley High.

They made very different decisions after the show ended. 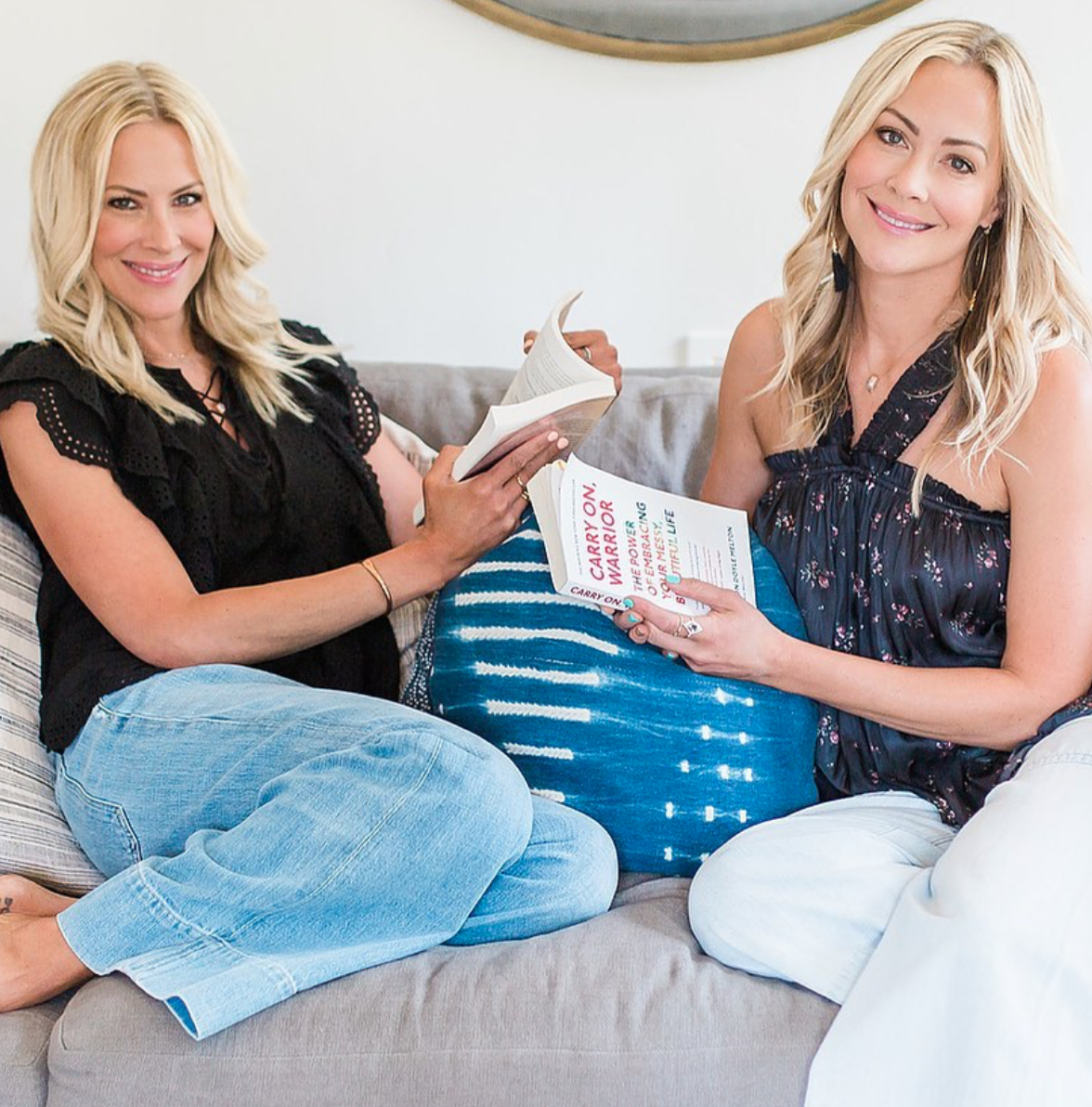 Unlike Cynthia, Brittany decided to stick it out in Hollywood and keep on acting.

She had a main role in the CW's The Game for 9 seasons. More recently, she appeared on ABC's Blackish. 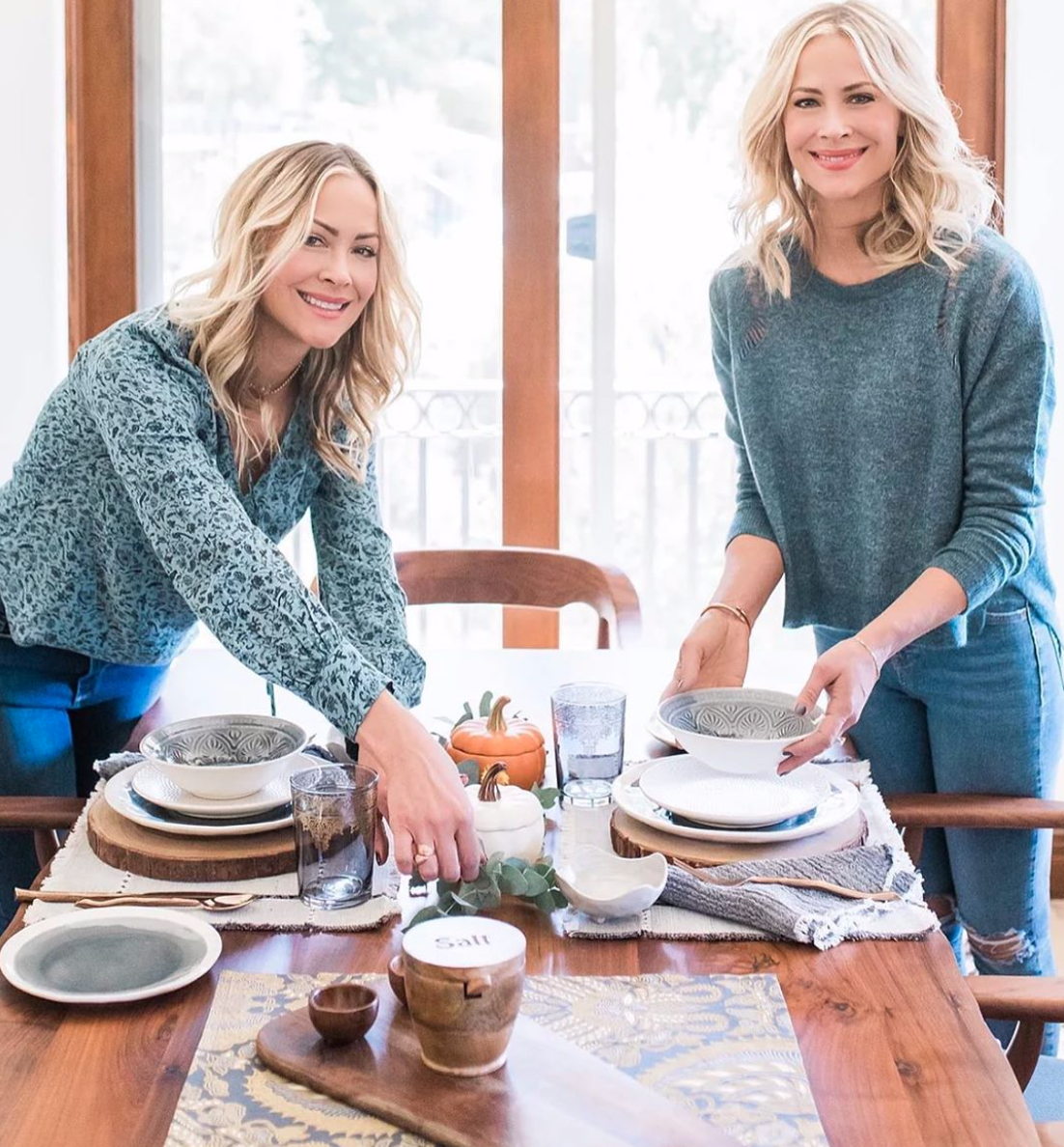 Cynthia retired from acting after the cancellation of Sweet Valley High in 1997.

They now co-run a lifestyle blog, called Sweet Collection XO. They document everything there, from personal news to kitchen organization ideas.

4. Cole and Dylan Sprouse: Then.

They got their start on Big Daddy, Friends, and Disney's Suite Life of Zack and Cody.

They found major success with Disney. 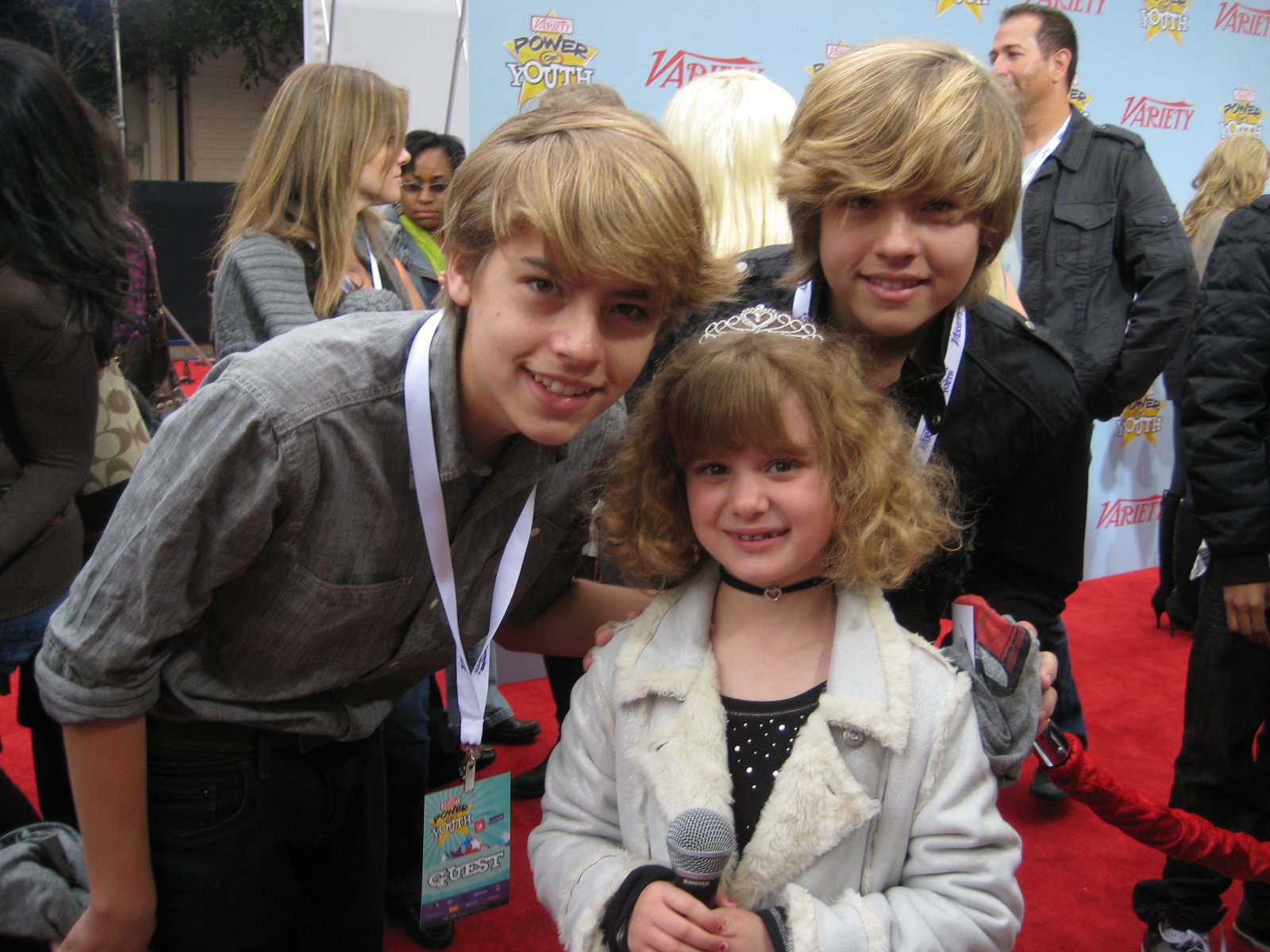 They also started their own brand, called the Sprouse Bros. That included a clothing line, book series, and even a magazine.

They stuck together the entire time.

While some twins on this list went different ways, Cole and Dylan decided to do it all together.

That includes college. In 2011, they both enrolled at New York University. They graduated in 2015. 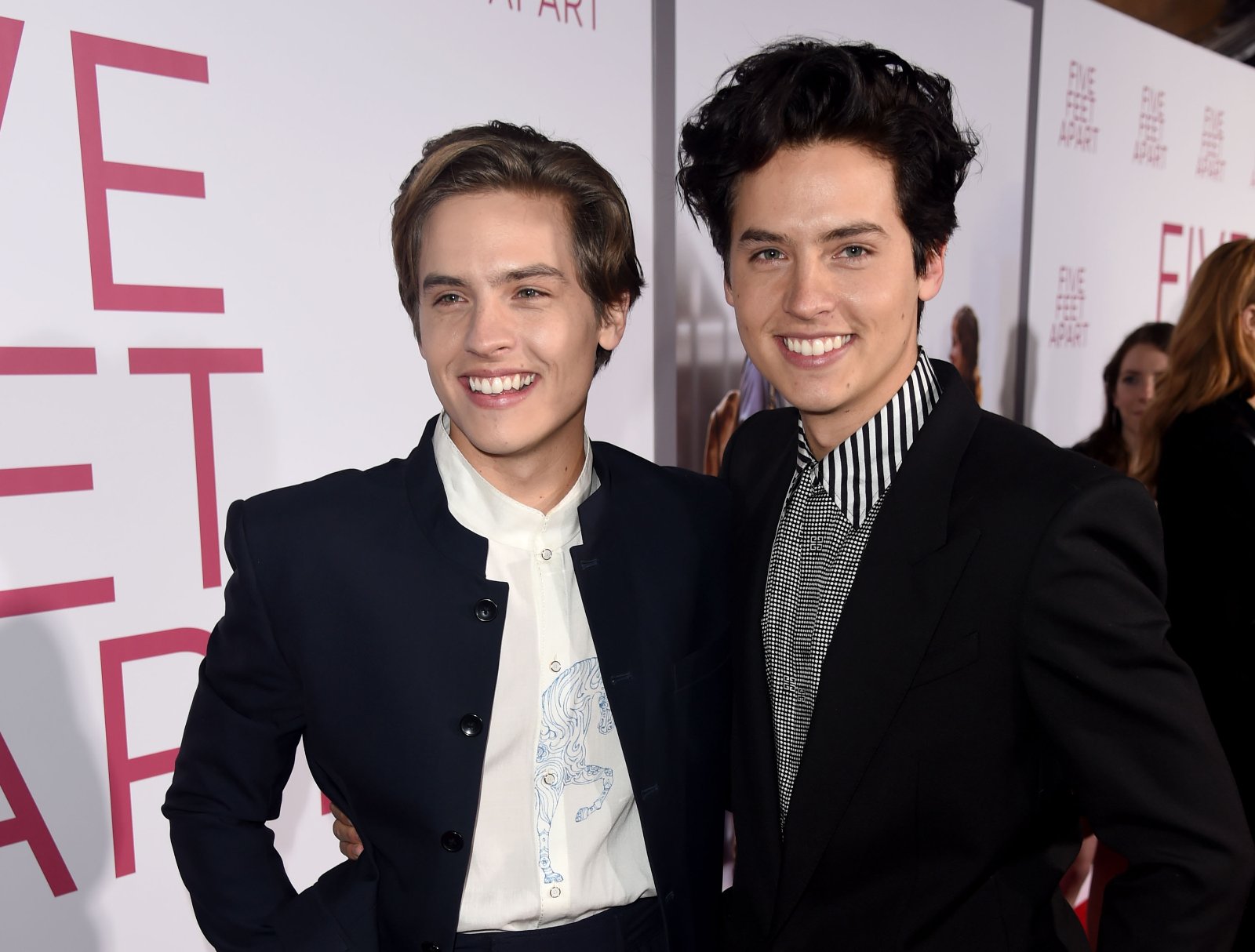 It was only after graduation that they decided to pursue different interests.

Cole stayed in acting, landing himself a role as Jughead Jones on the CW's massive teen hit, Riverdale. He's also a professional photographer. 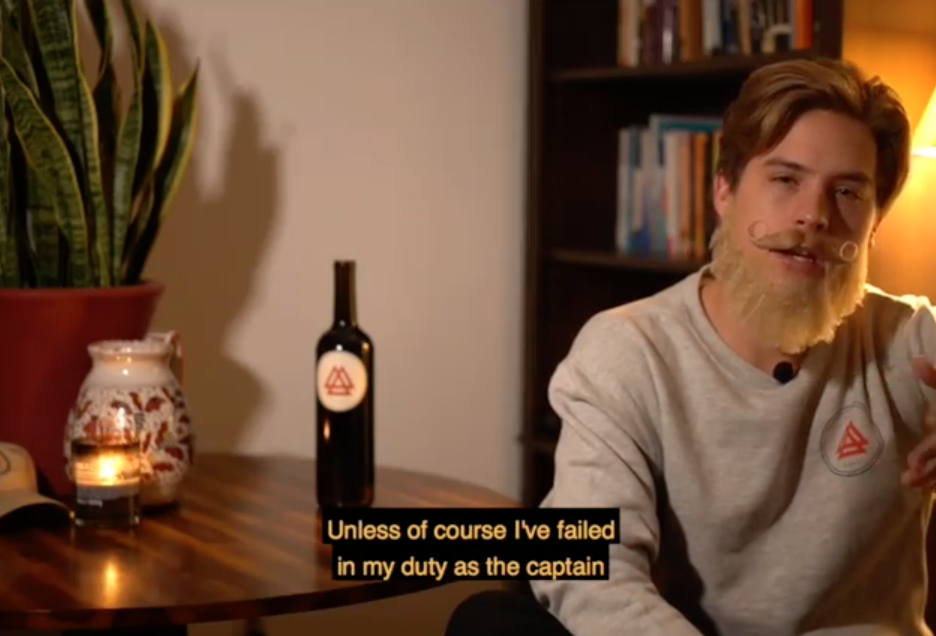 Well, he owns a meadery in New York, called All Wise Meadery.

His company has over 180,000 followers on Instagram and features a series of short films Dylan made while wearing a full beard.

5. Blake and Dylan Tuomy-Wilhoit: Then. 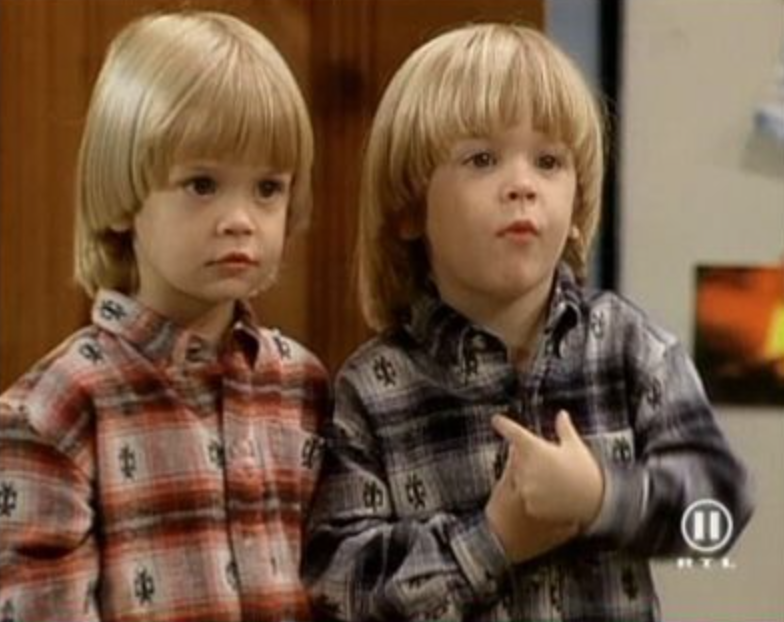 If you watched Full House, you met two sets of famous twins.

We've covered Mary-Kate and Ashley, but what about Blake and Dylan Tuomy-Wilhoit? They played Uncle Jesse and Aunt Becky's twins, Nicky and Alex. 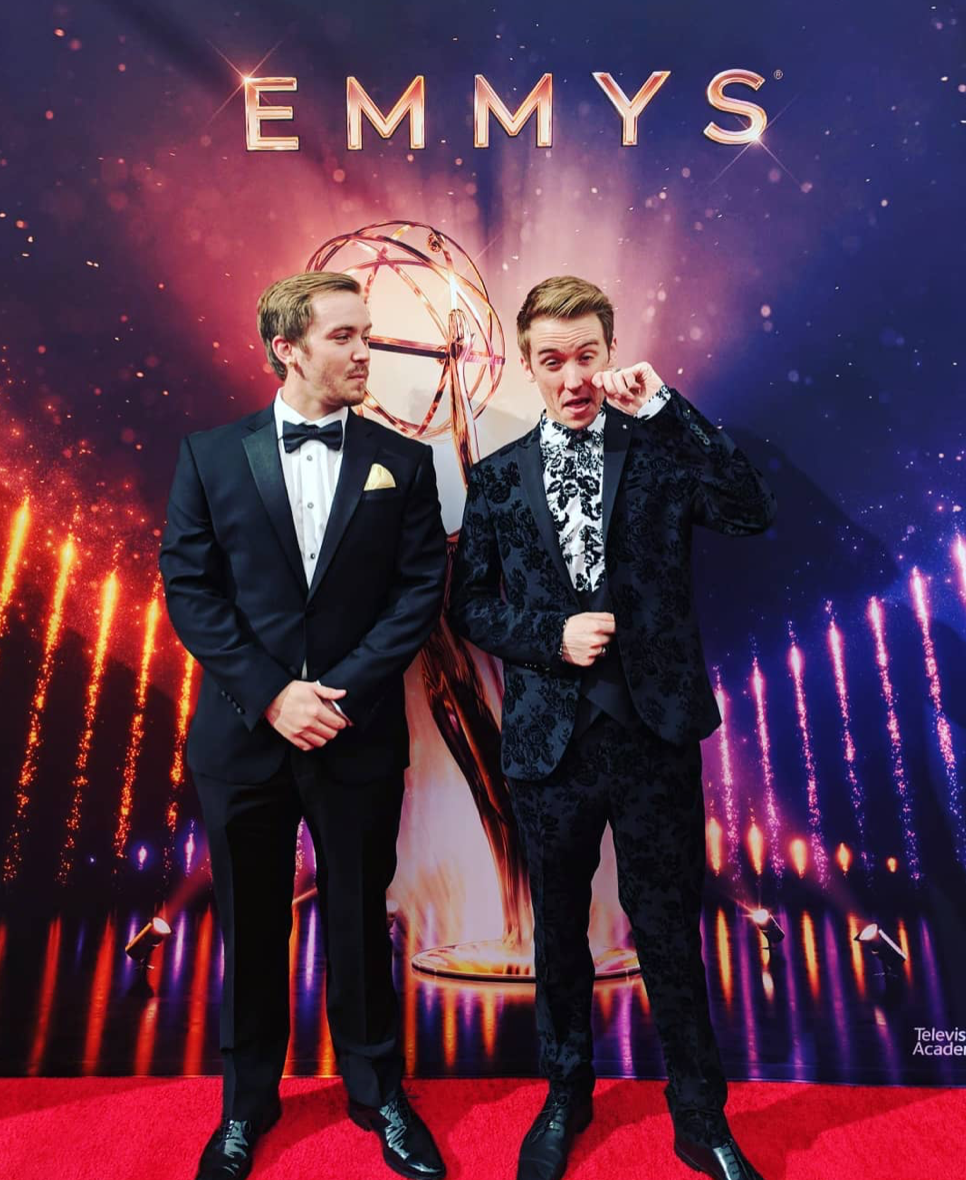 Blake is a gamer who streams live on Twitch.

Dylan is a foley artist who recently won his third Emmy, this time for his work on Game of Thrones!

6. Tia and Tamera Mowry: Then. 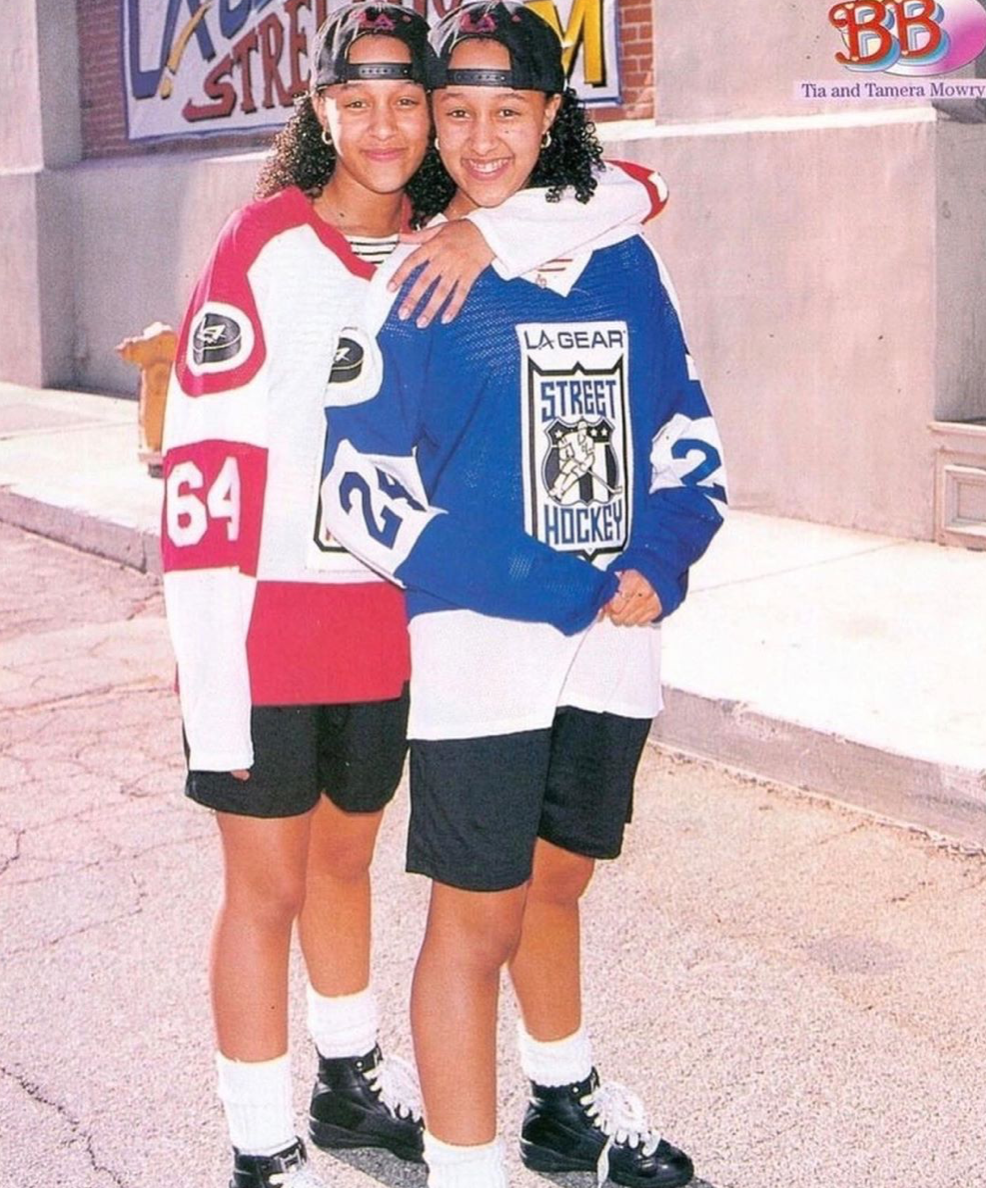 They also took the Disney track, starring in Twitches and Twitches Too as a pair of twin teenaged witches.

They also hit up reality TV. 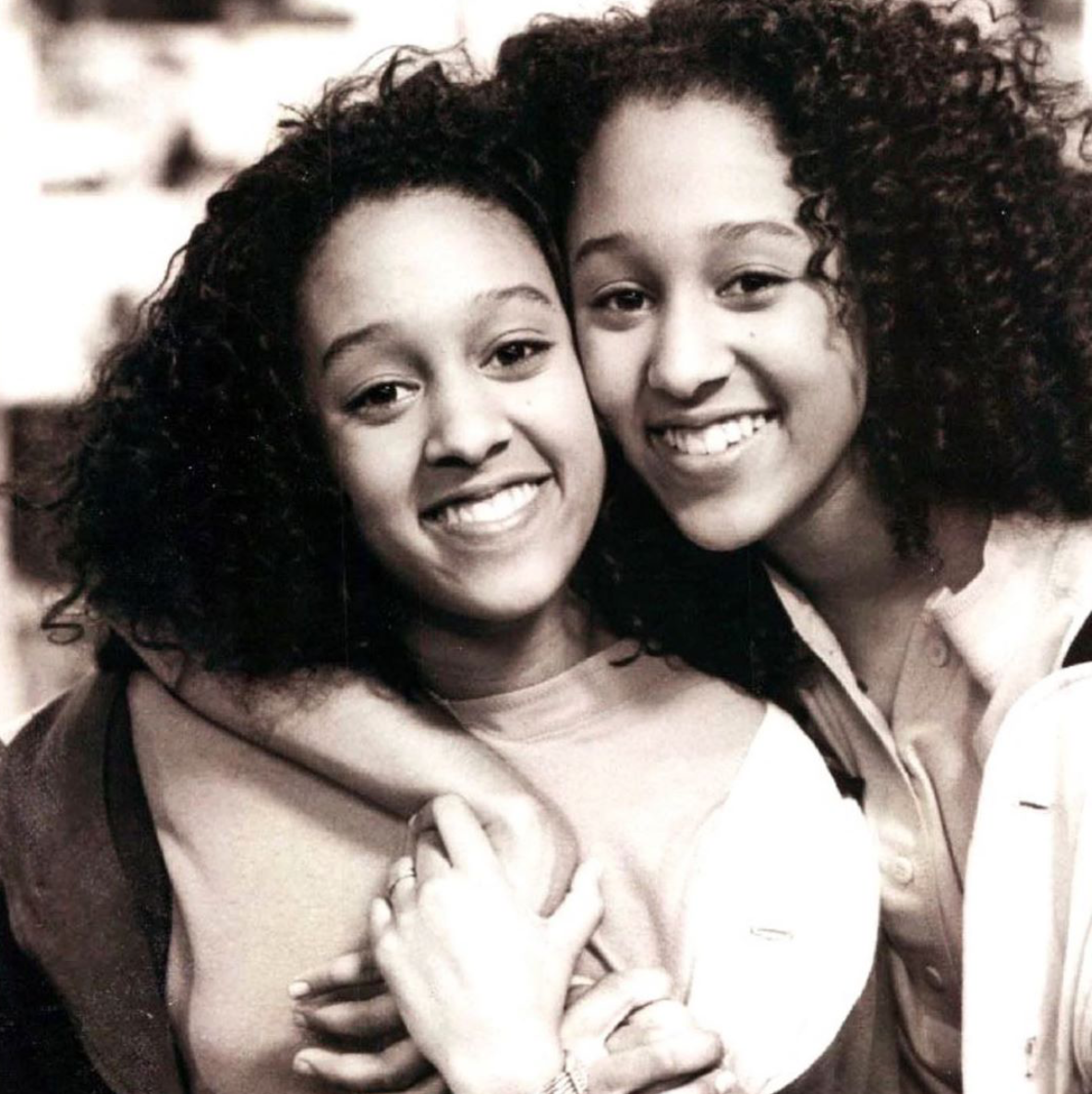 In 2011, the Style Network commissioned a reality show that would follow the twins through their daily lives.

Called Tia & Tamera, the show wound up running for three seasons. It finished in 2013. 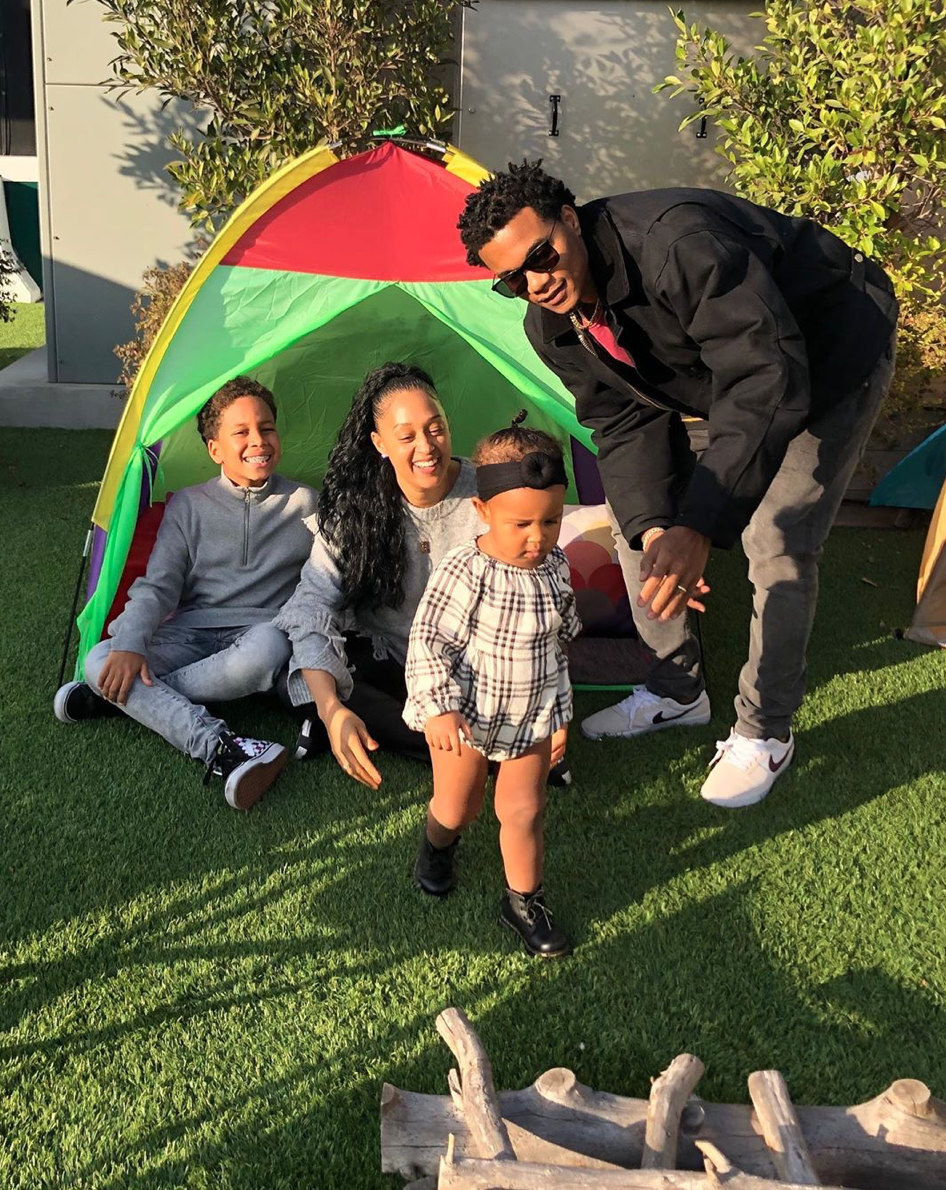 Moving back to the fictional world, Tia landed roles in films like _ Seventeen Again_ (which is underrated, thank you very much), The Hot Chick, and the drama film, Indivisible. 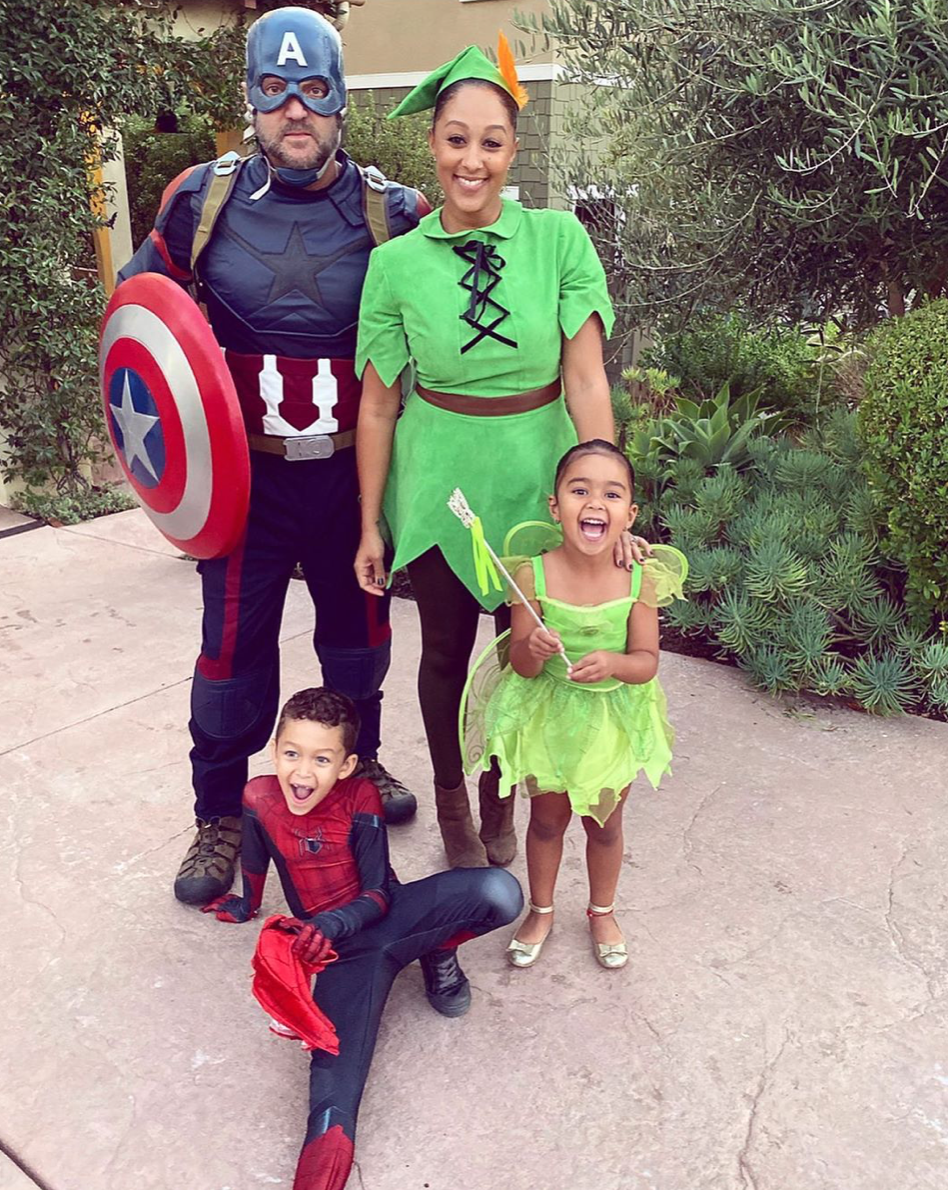 She's found mainstream success with the talk show The Real, where she co-hosts alongside Loni Love, Adrienne Houghton, and Jeannie Mai.

The show began in 2013 and is currently on its sixth season. 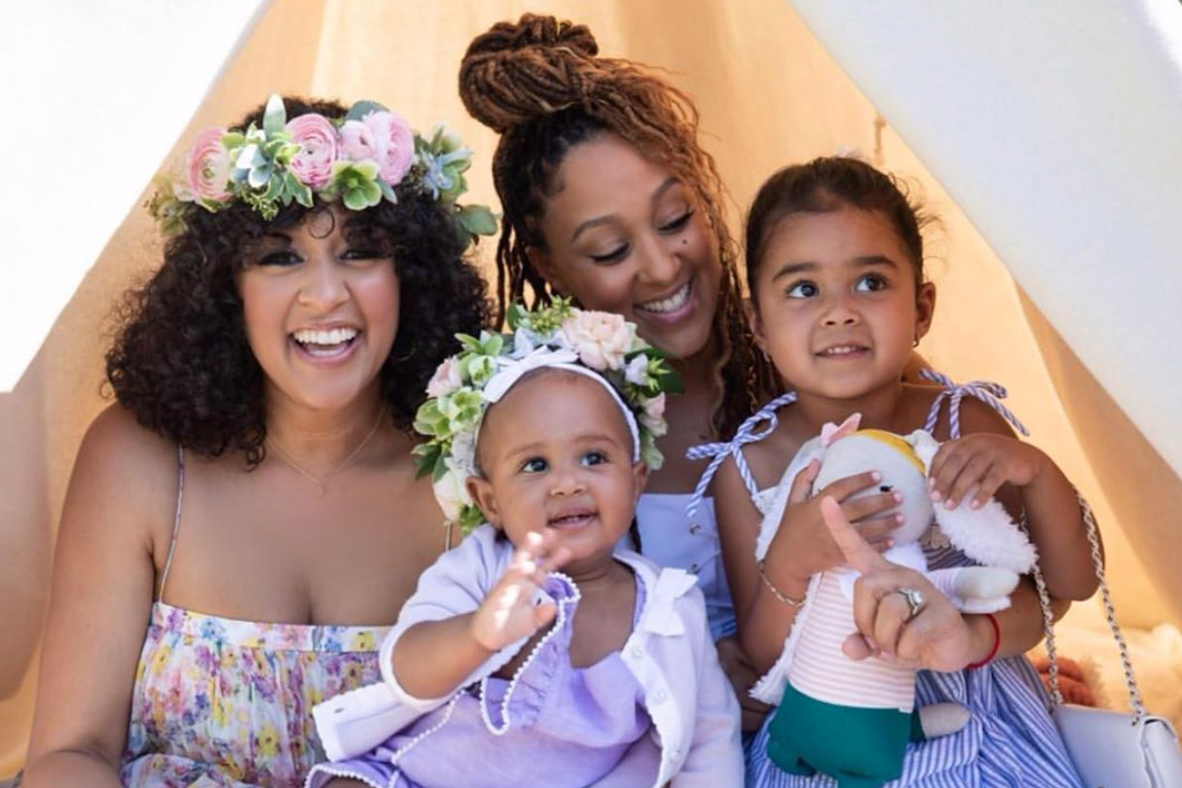 They're all grown up, and they're moms!

Tamera married journalist Adam Housley and has two children with him — Aden John Tanner, born in 2012, and Ariah Talea, born in 2015. 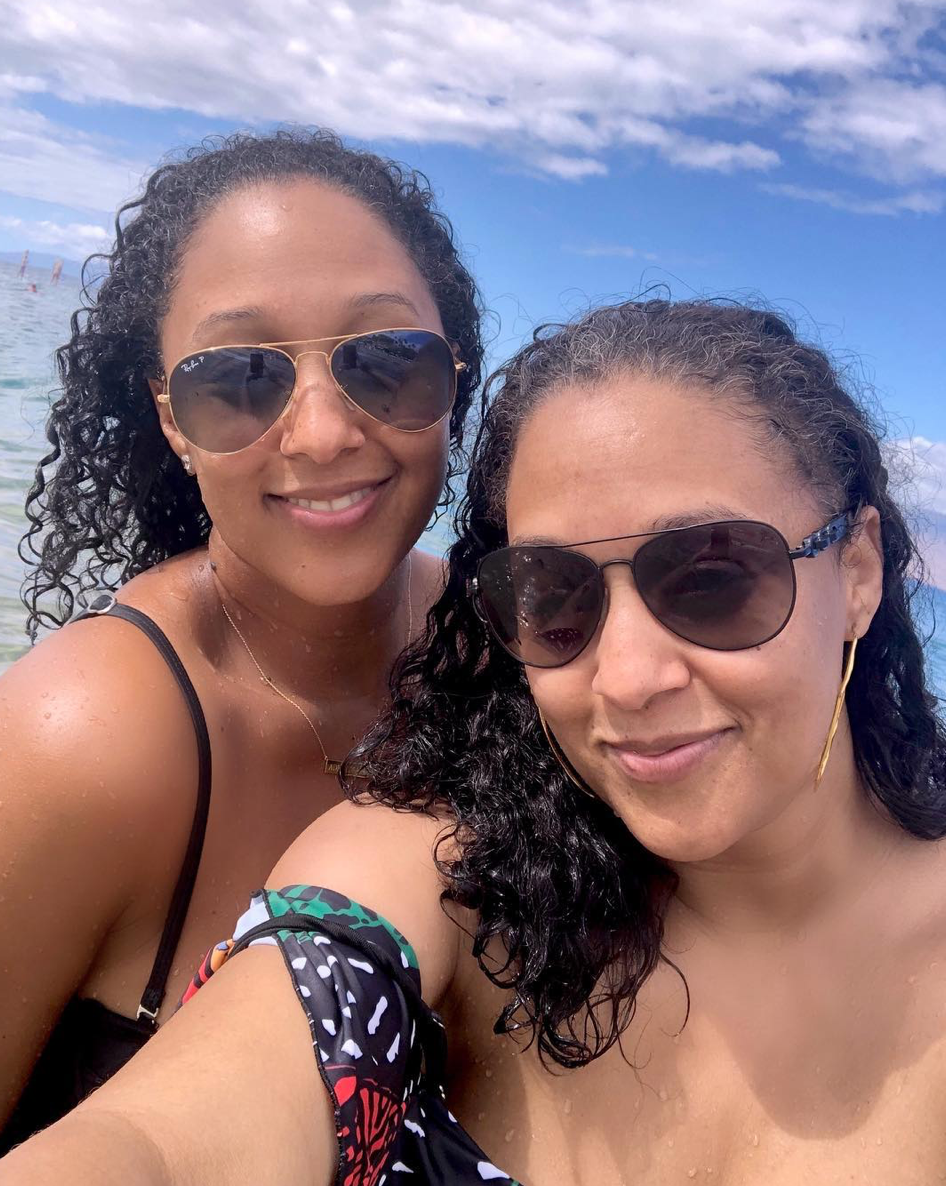 In 2017, they welcomed a daughter, Cairo Tiahna. 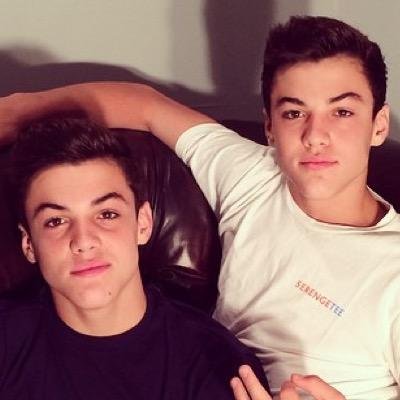 Grayson and Ethan Dolan got their start on Vine. They later moved to YouTube, where they quickly became massive stars. 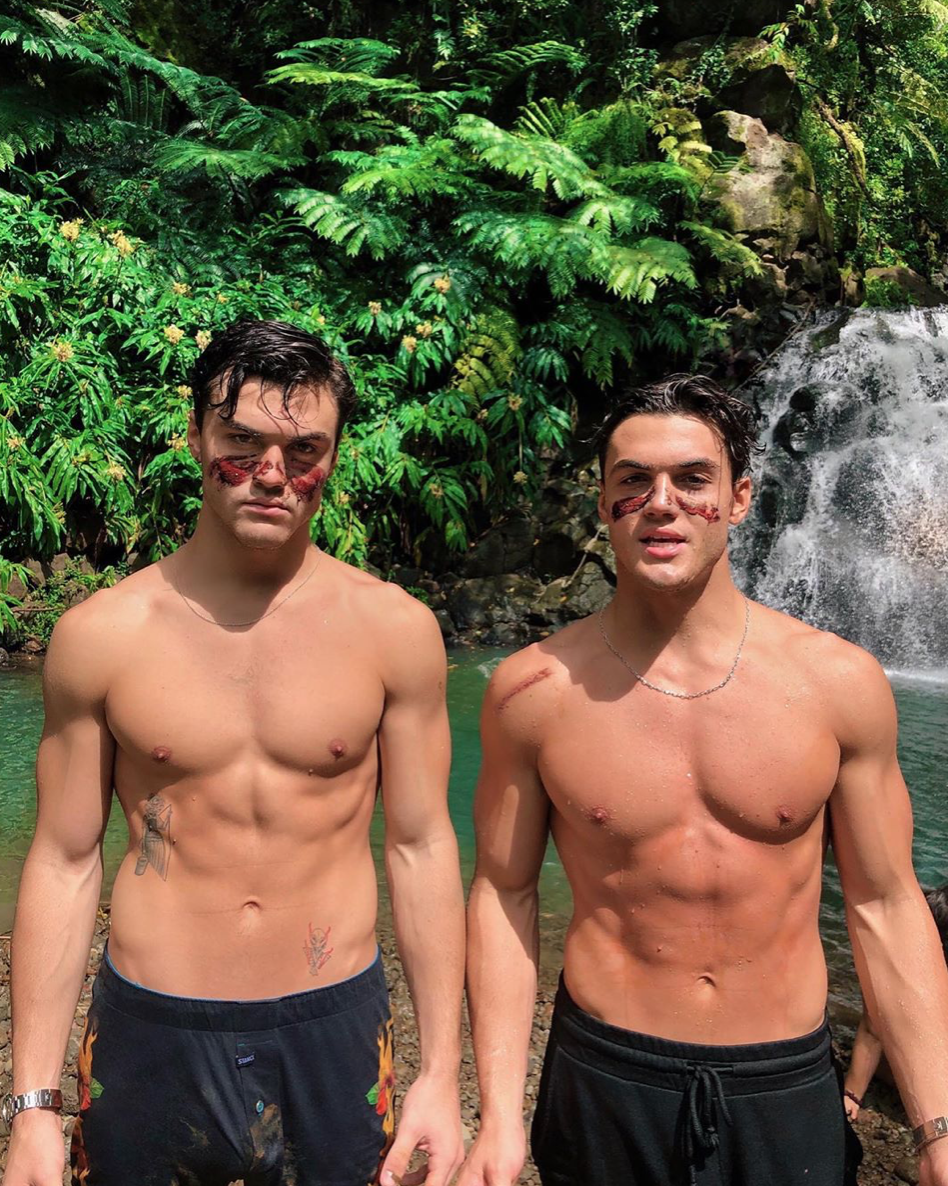 With over 10 million subscribers and over a billion (yes, billion) views on YouTube, they have proved they have digital staying power on the platform.

Name a more iconic pair of ginger twins, I dare you.

James and Oliver Phelps played Fred and George Weasley in the Harry Potter films. I personally am still waiting for an entire spin-off series about them running their joke shop, thanks.

James worked behind the camera, too. 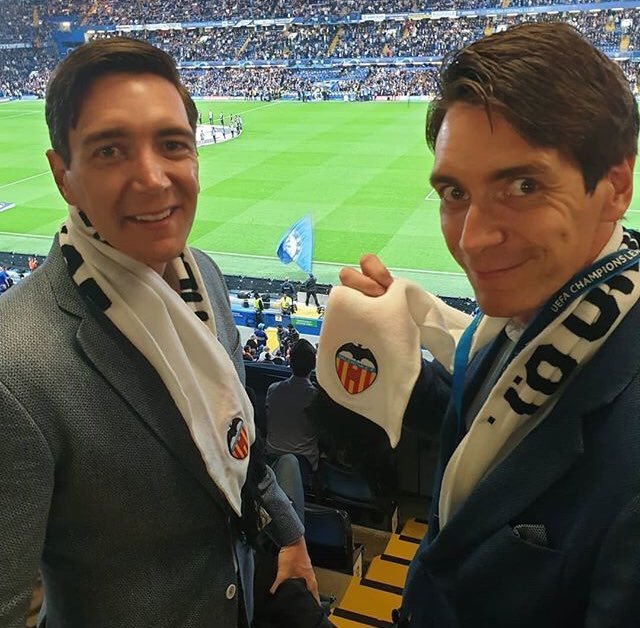 He and Oliver reprised their Harry Potter roles for multiple rides at the Wizarding World of Harry Potter at Universal Studios.

Oliver is a travel enthusiast. 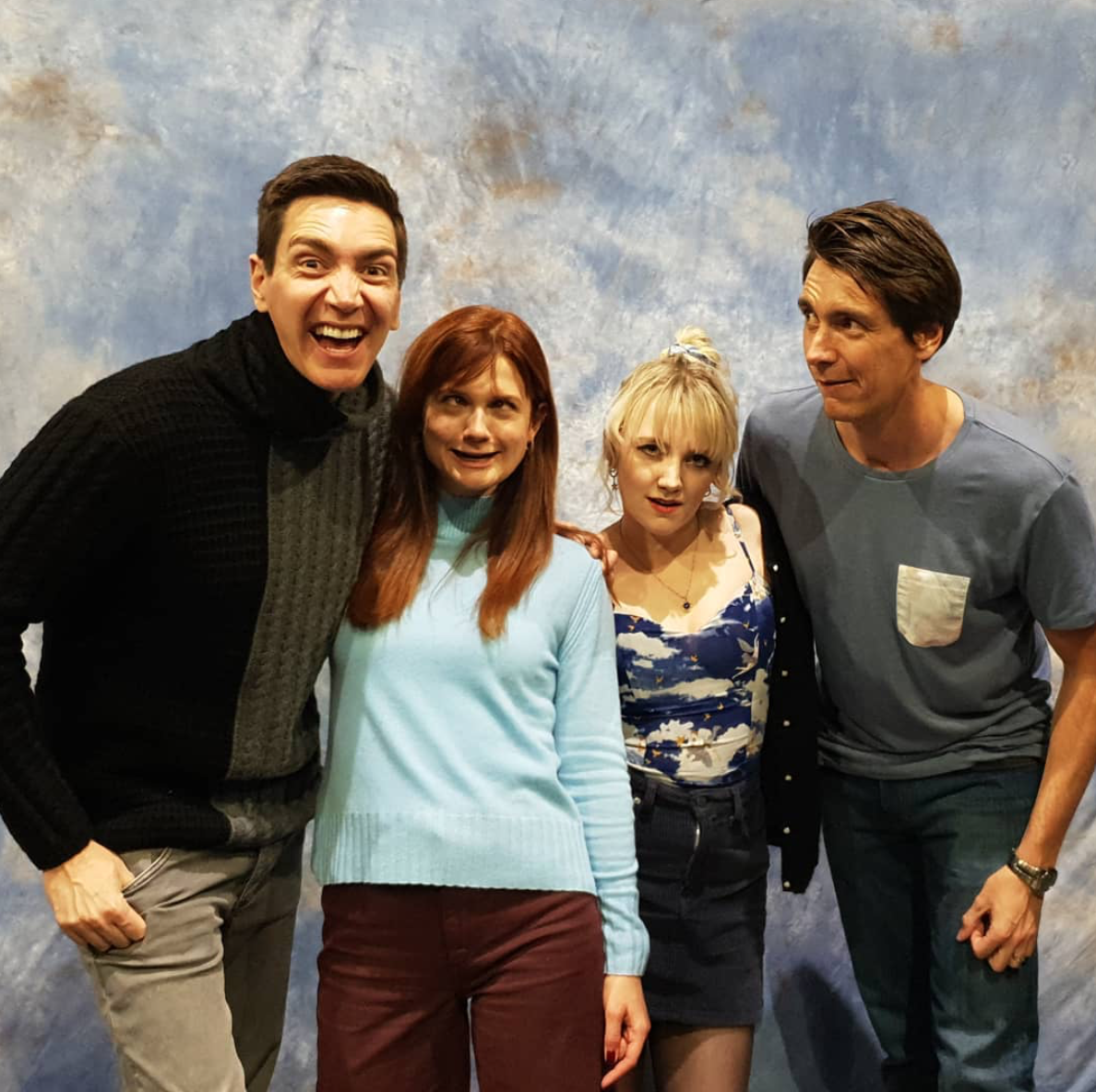 He had his own website called JOP World, where he documented the various places he and James visited.

He and James joined the Harry Potter Exhibition tour and traveled the world with the show.

9. Max and Charlie Carver: Then. 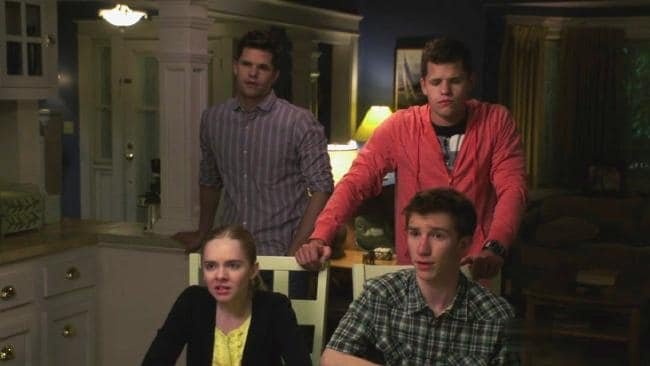 Max and Charlie made their on-screen debut in Desperate Housewives as Lynette's twin boys, Porter and Preston.

They later moved to Teen Wolf, where they again played twins — but they were twins who were also werewolves. 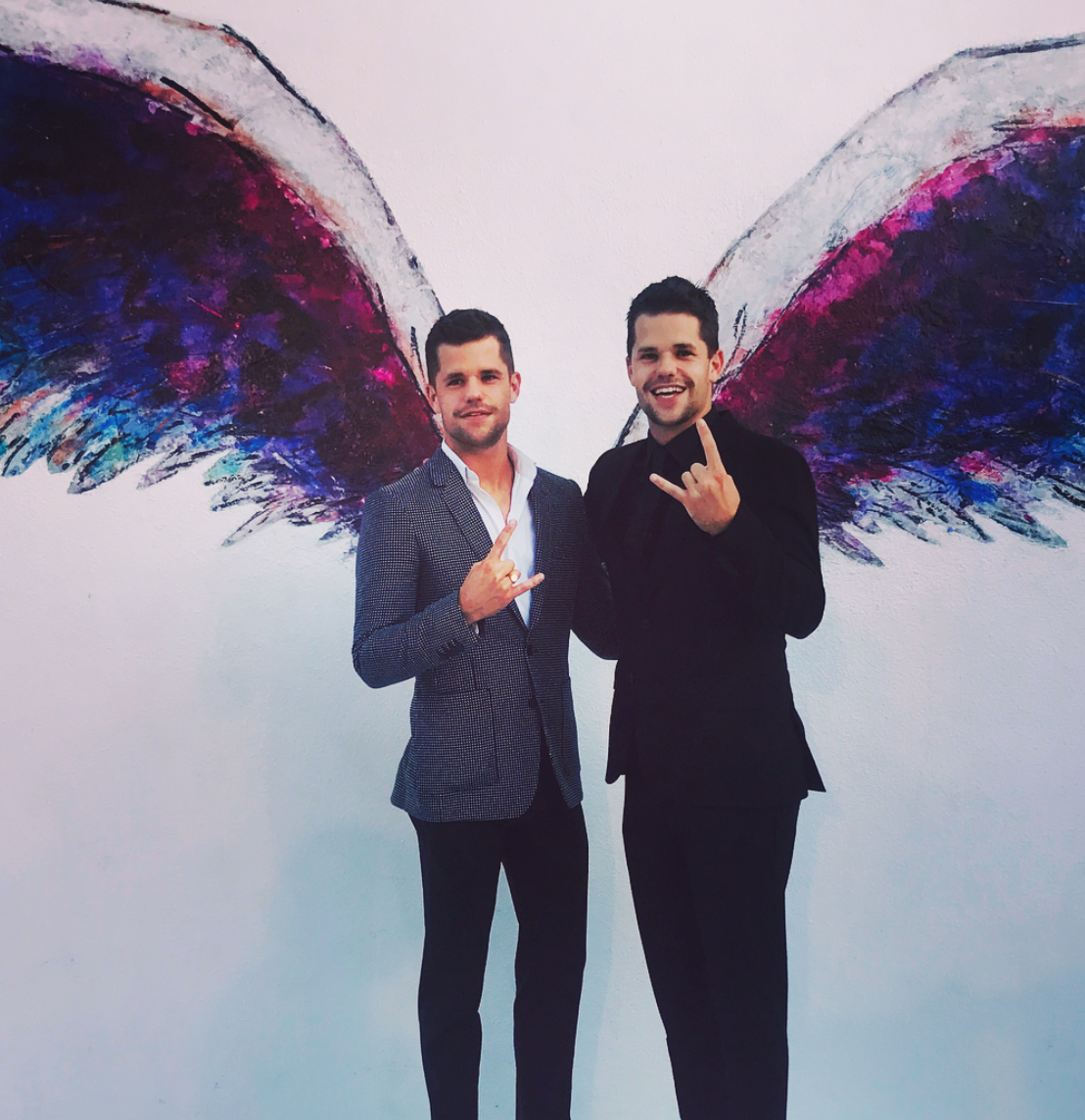 Charlie came out in 2016 and began working as an LGBTQIA+ activist. He also landed the lead in a new Netflix series, Ratched.

Max has done several guest star roles, including The Office and The Leftovers.