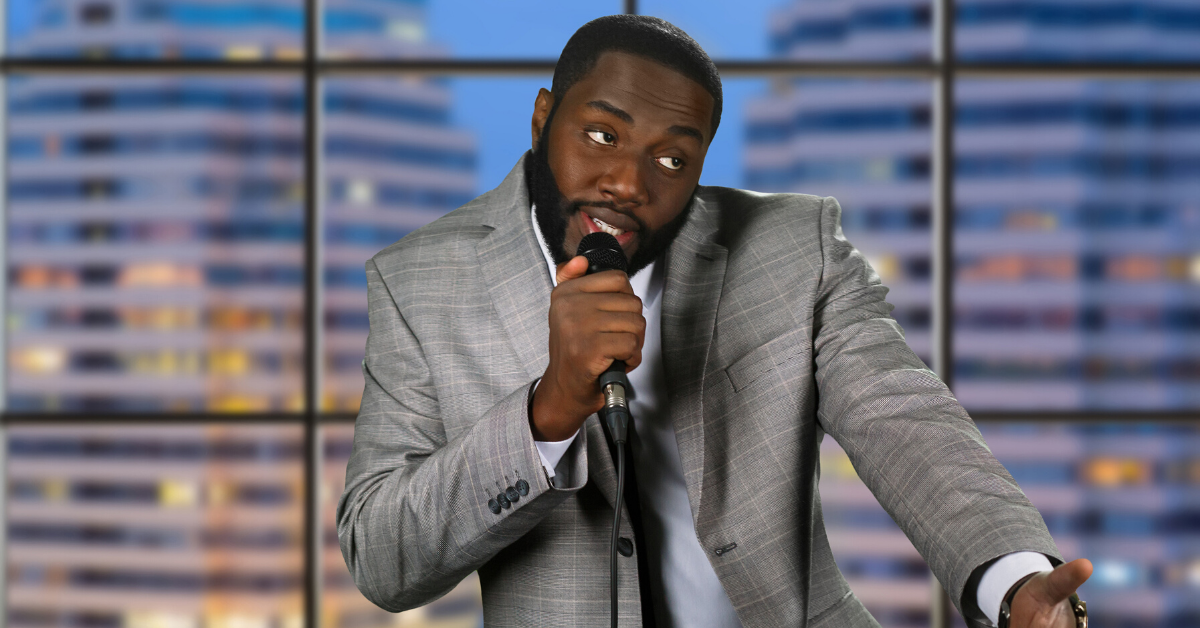 I'm sure we've all heard someone say they don't find women as comedic as men. Or, in the words of my first and easily least intellectually compatible boyfriend, "Lady comedians just aren't as funny. Sorry, but it's true."

While most of us believe that comedy is strictly subjective, there are still those people who insist gender plays a major part in whether something makes us chuckle, guffaw, or otherwise "ha-ha." And they say it's really only men who can get that reaction out of us, not women.

This claim has long been unsubstantiated and highly debated, but a new study has found that perhaps those sexist, self-proclaimed "comedy aficionados" were onto something all along.

Or not. You decide.

Researchers from Aberstwyth University and the University of North Carolina recently decided to put stereotypes in comedy to the test.

According to BBC, they looked at the results of 28 different studies in which people blindly rated more than 5,000 individuals' humor, without knowing their gender.

Most of the studies asked the subjects to write funny captions for an image, which were then rated by judges without revealing the sex of the creator.

As per their findings, roughly 63 percent of men were proven to be funnier than women.

"On average, men appear to have higher production ability than women," study author Dr. Gil Greengross wrote in an article for Psychology Today.

As for why this might be, Greengross said the study's findings suggests humor plays a "major role in mating."

"Women tend to look for various signal indicators of mate quality, and a great sense of humor is one of them."

He said humor is "strongly correlated with intelligence," which is why women might gravitate towards men they find to be funny.

"Men, on the other hand, prefer women who laugh at their humor," Greengross continued. "That means that over our evolutionary history, men likely had to compete harder with other men to impress women with their sense of humor."

He stressed that these findings don't mean women aren't funny, nor is every man funnier than every woman.

"There are many great female comedians such as Sarah Silverman, Tina Fey, Ali Wong and historically, Lucille Ball, Joan Rivers, and many, many more," Greengross wrote. "All these great comedians are funnier than 99.9 percent of all men."

Unsurprisingly, people aren't exactly on board with the study's findings, particularly female comedians.

Marina Bye, one half of the comedy duo Siblings, told BBC she thinks the study is totally unnecessary and could dissuade women from pursuing a career in comedy.

"You want the worst and best comedians to try because you never know," she said. "This study will cripple bravery."

Scottish comedian Eleanor Morton also chimed in to slam the study and question its findings.

She added, "I actually think it's more likely and more interesting that many men actively seek out partners they don't think are funny because mummy told them they were the funniest little boy in the world and their ego couldn't stand being proved wrong."

Other people took to Twitter to denounce the study, with one person writing that they've "literally never met a funny man."

"Can we stop debating this, please?" another tweeted. "Beyond the derivative binary premise, i's still a totally subjective thing & the testing was even more so. Smart, funny women make the world go 'round."