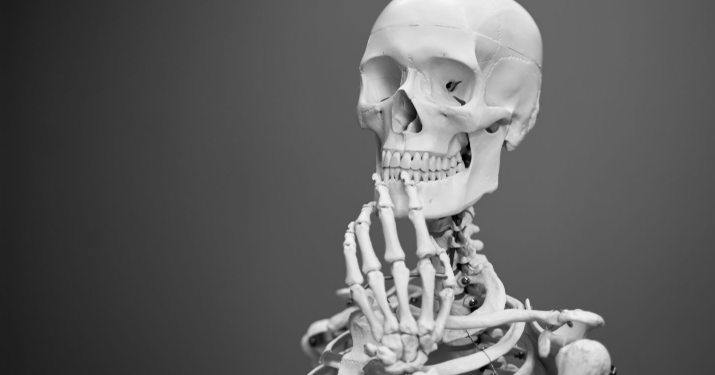 This year I decided to decorate a little bit of my home outdoors for Halloween. Just a little bit 'cause I'm lazy like that. Ha, ha! But apparently, there are serious Halloweeners who go all out to create elaborate scenes for everybody to witness.

In fact, one house in particular changes up their skeleton display every few days and it's pretty hilarious.

Sami Campagnano noticed her neighbors' skeleton display changing frequently during the month of October and leading up to Halloween. 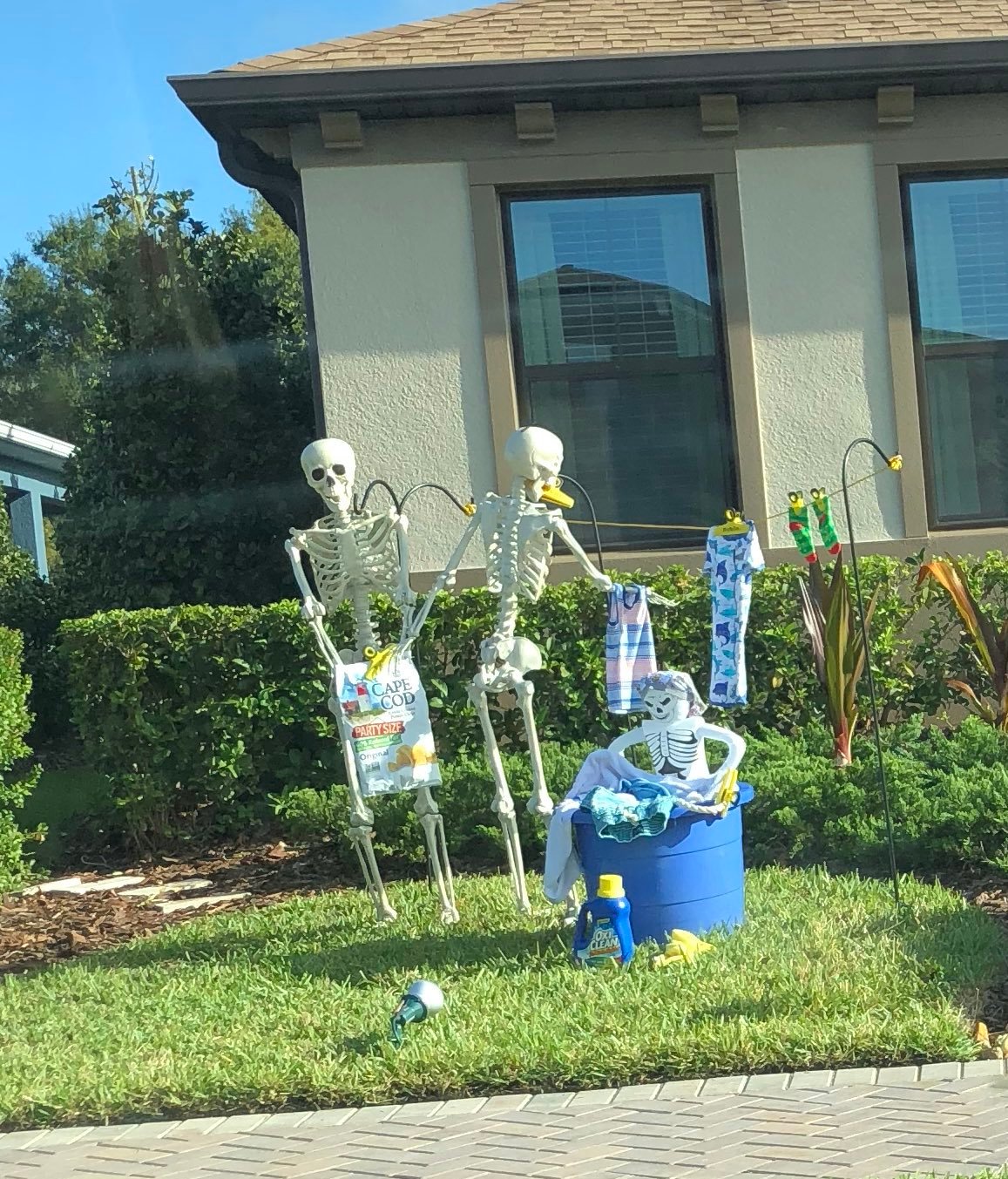 She posted the pictures on Twitter and they quickly went viral.

Looks like the skeleton family is quite busy during this time of the year. 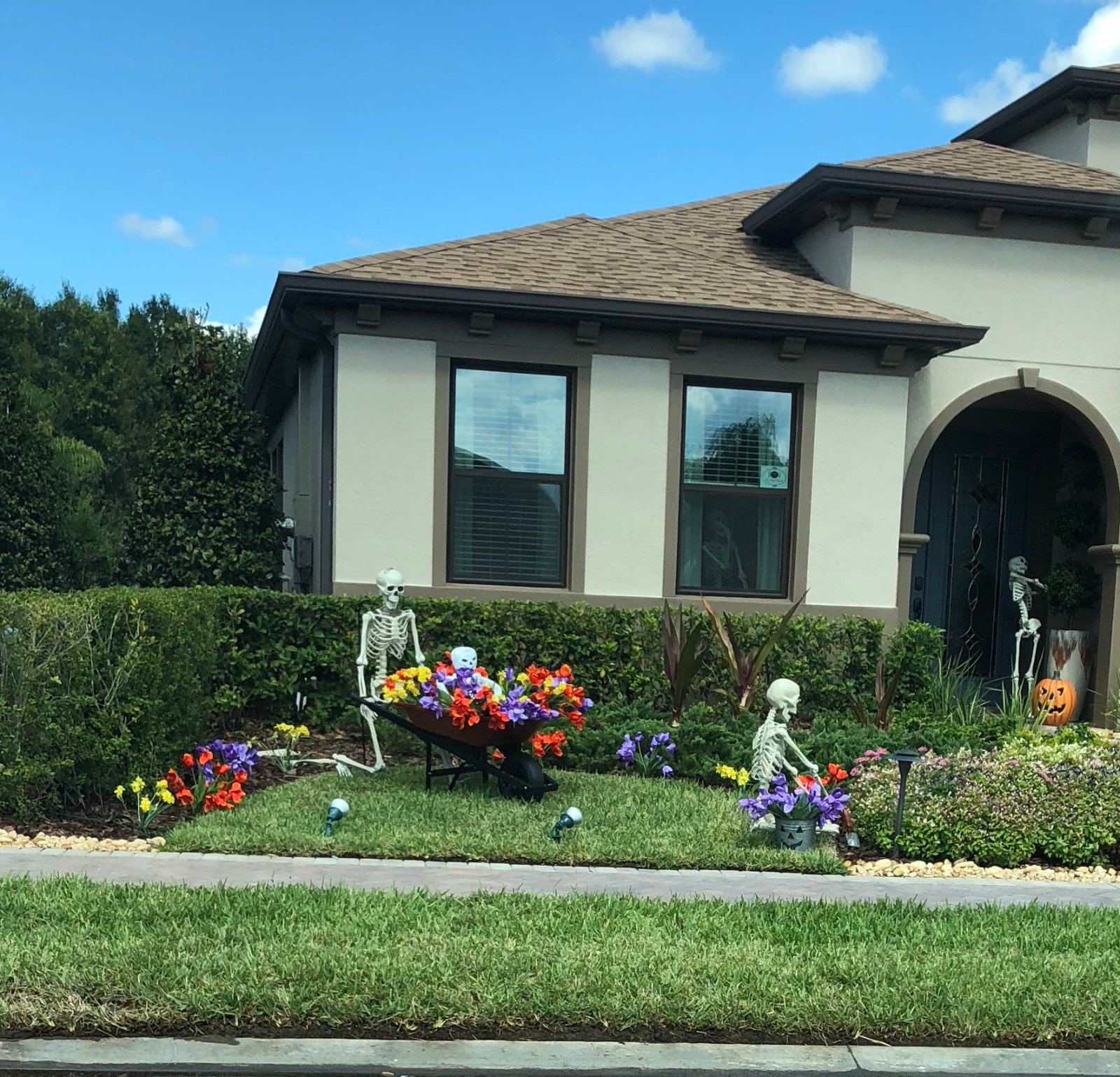 They obviously don't realize winter is coming and there's no point doing gardening at this point.

Somebody is trying to get noticed by the Fashion Police in this outfit, lol. 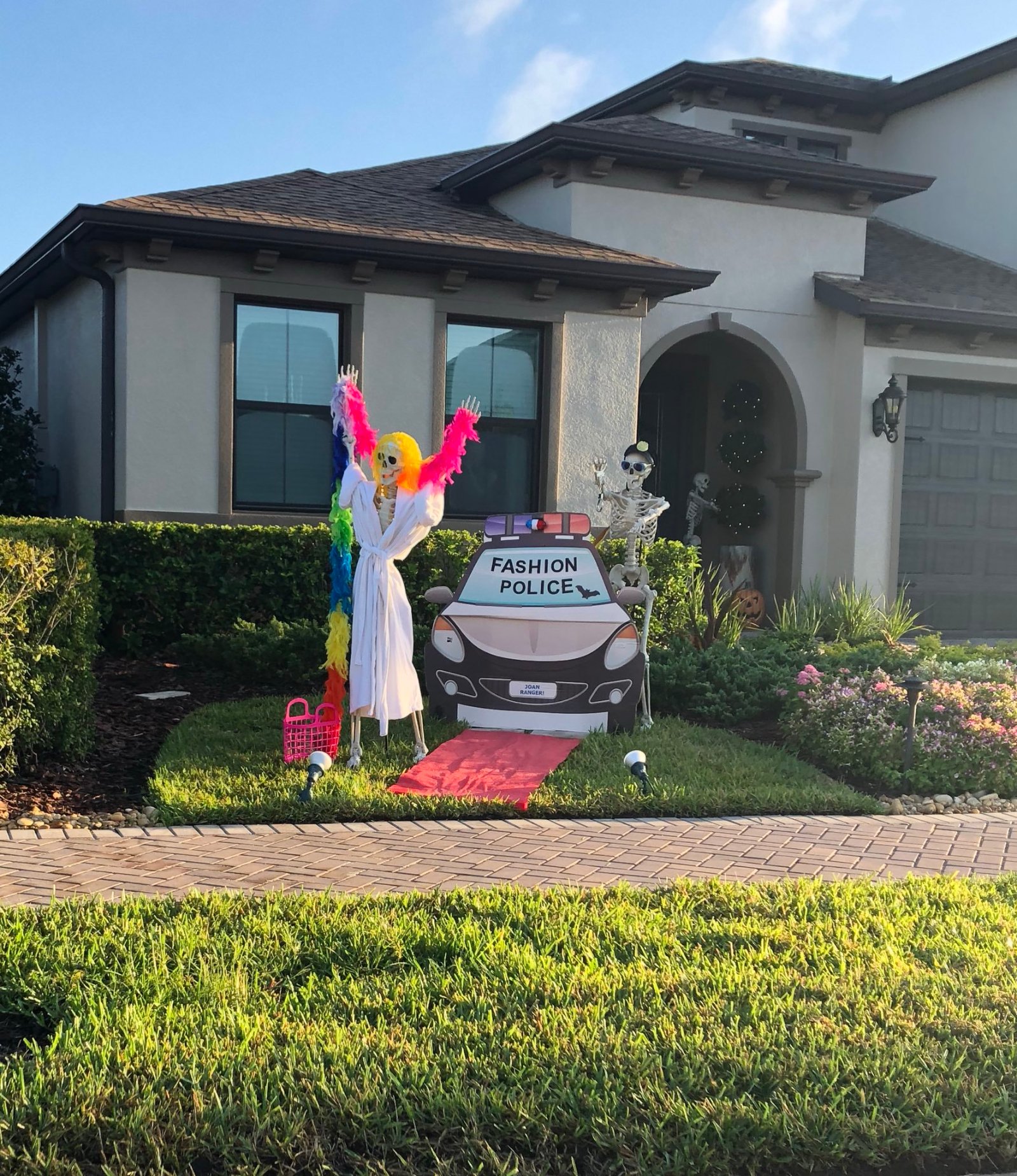 Just look at how she's rocking that colorful boa. Those are some special skills there.

This rad skeleton family must be missing the '80s because they're totally loving their breakdancing routine. 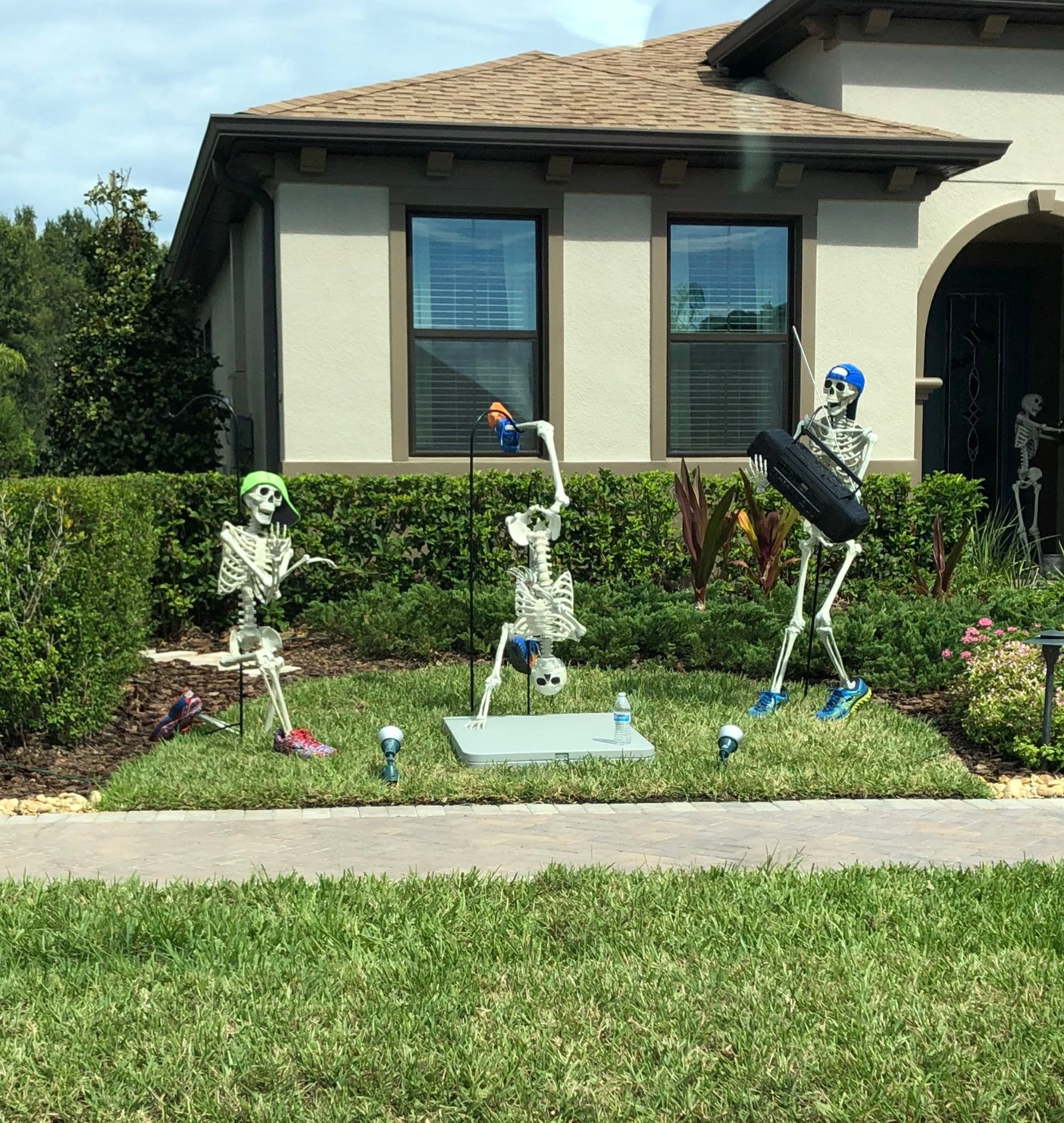 Wow, who knew they could have moves like these at this age. Impressive!

Since Halloween is just around the corner, time to get dolled up, am I right? 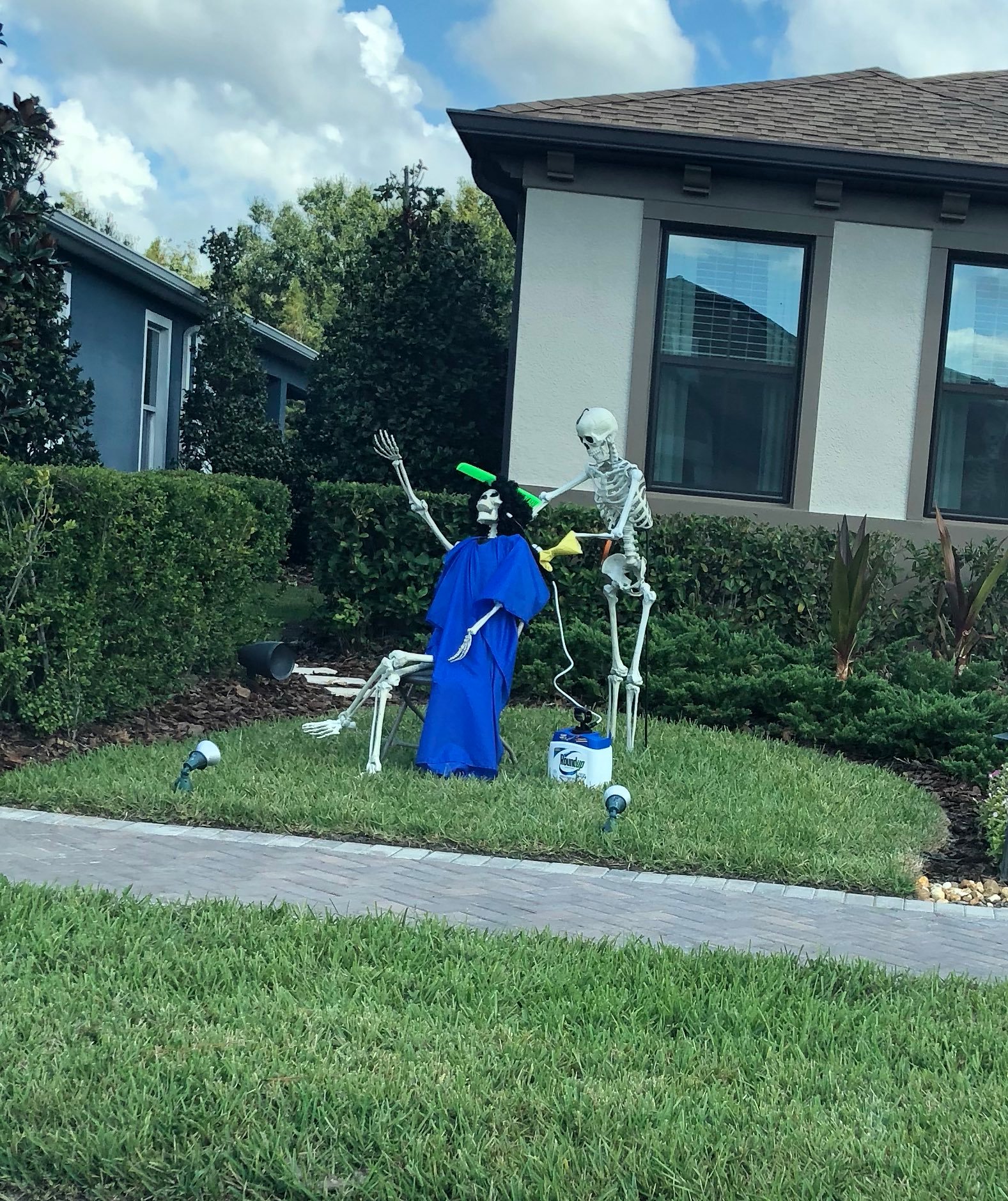 I think she has the the right idea here. Get the husband to do it.

Don't lay out too long in the blaring sun or you might burn to a crisp. 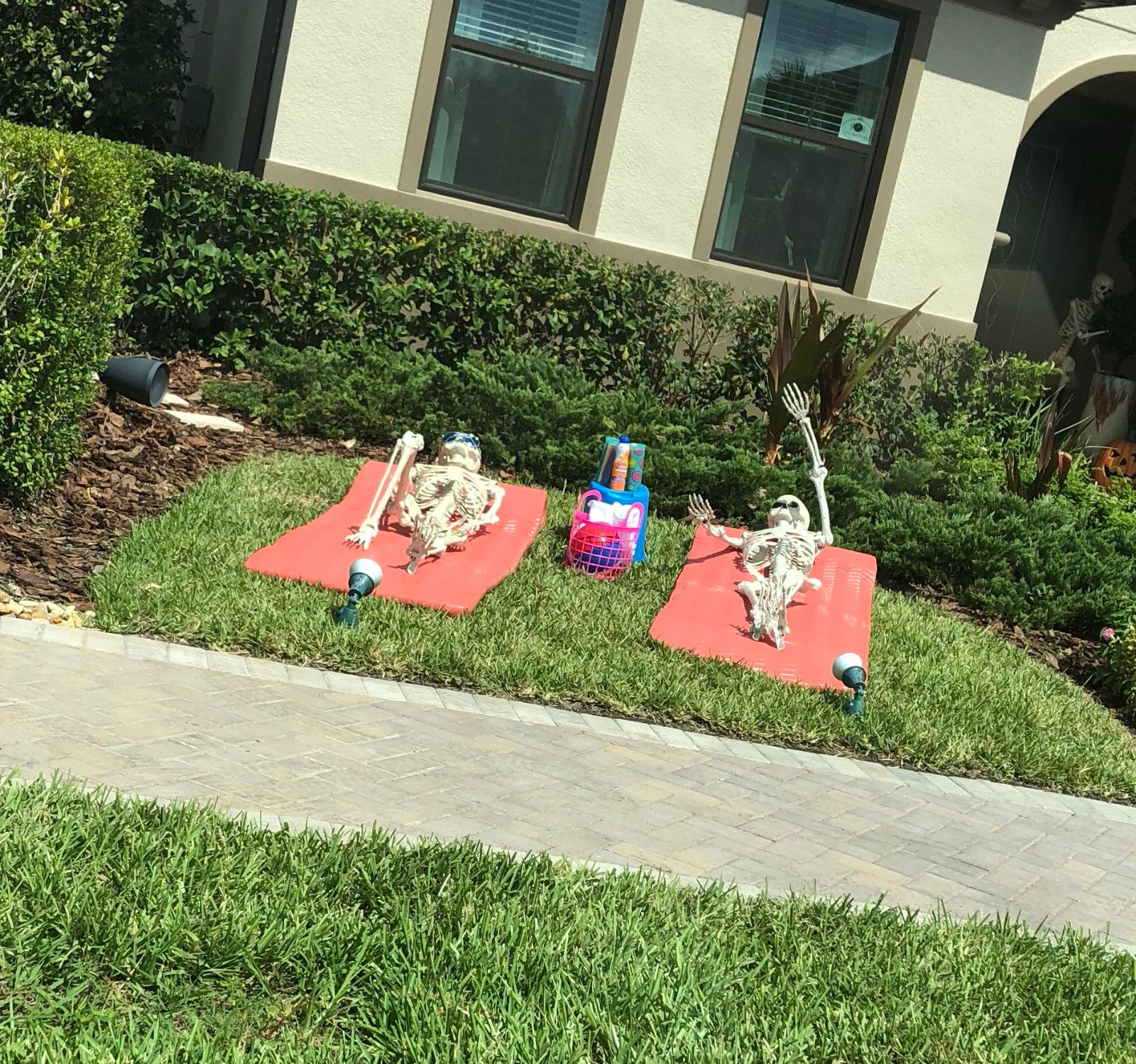 Oh, wait, too late. I forgot who I was talking to. Nevermind.

Oh, so nice of them to be teaching their little one how to ride a bike.

Looks like they really take their parenting skills to heart. Good on them.

Wait, wait you forgot our garbage. 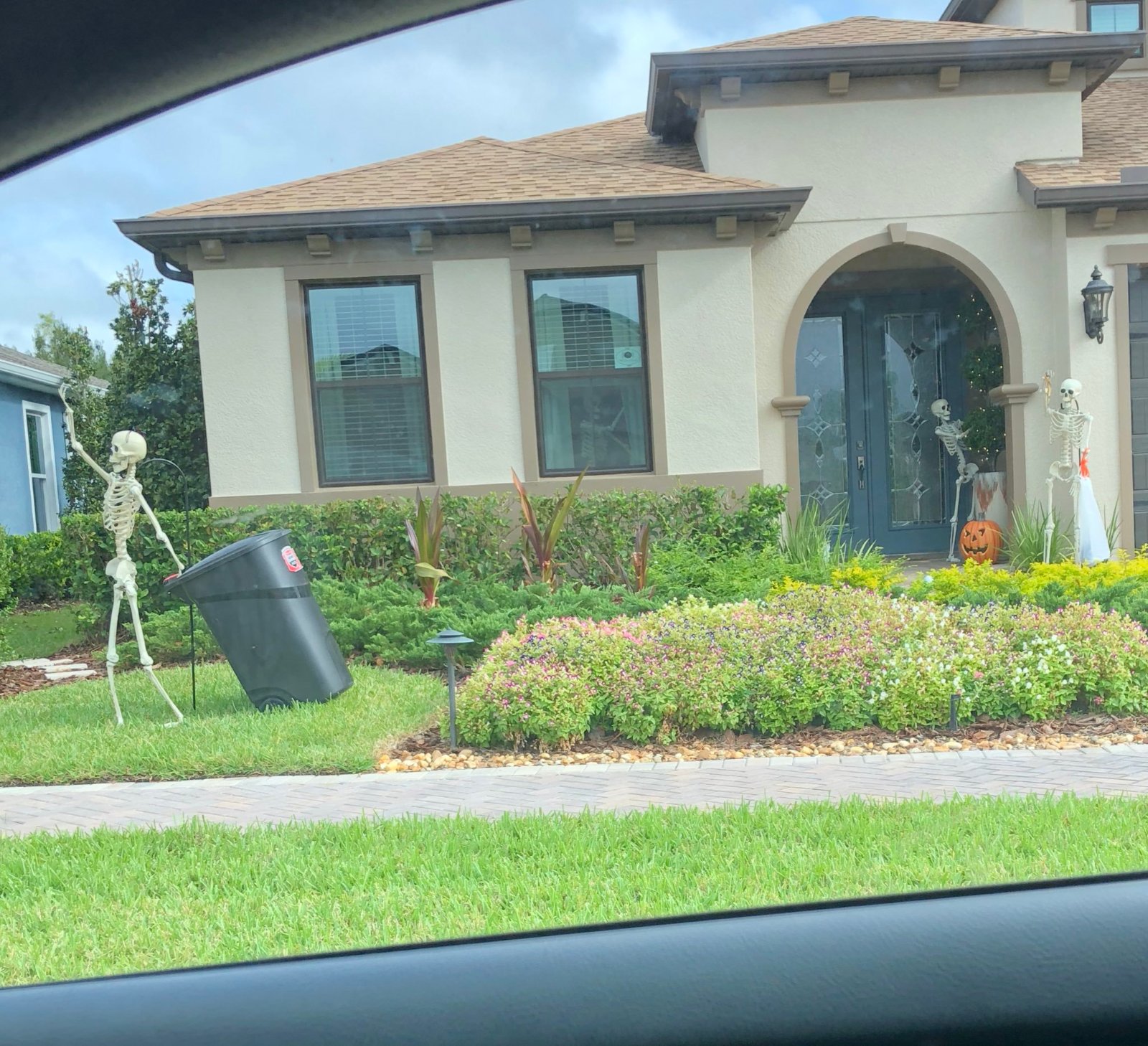 This is what happens when you sleep in too late. I feel their pain. This happens to us all the time. Tough break.

Why go camping when you can set yourself up like this in front of your house. 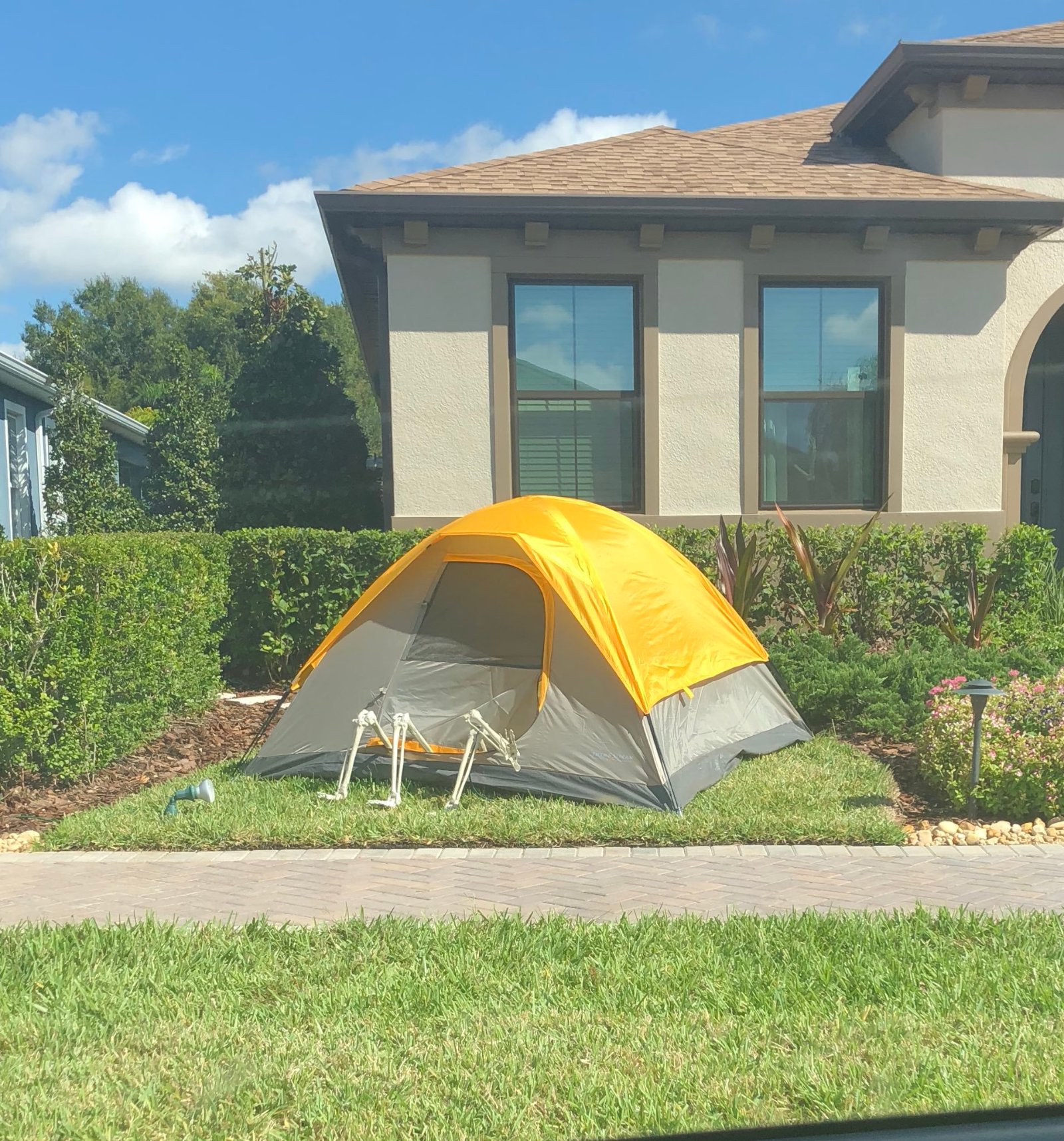 That's a perfect staycation if you ask me. I like the way they think.

Oh no! What's going on here? 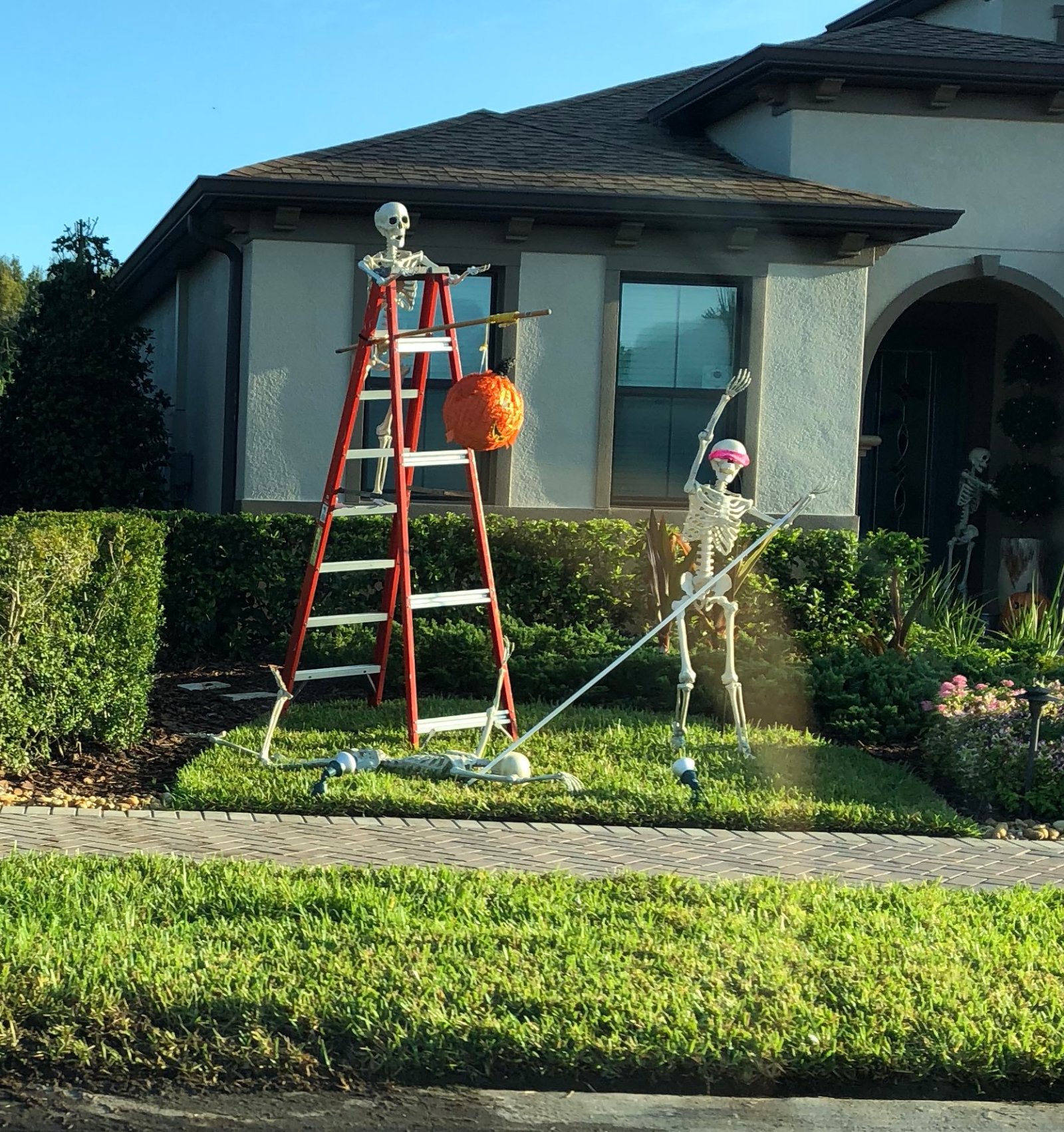 Are they doing what I think they're doing? That doesn't seem to fair too well for the one on the ground. Does it?

Well if the previous scene is any indication of what's going on in this house maybe these two should get rescued by someone. 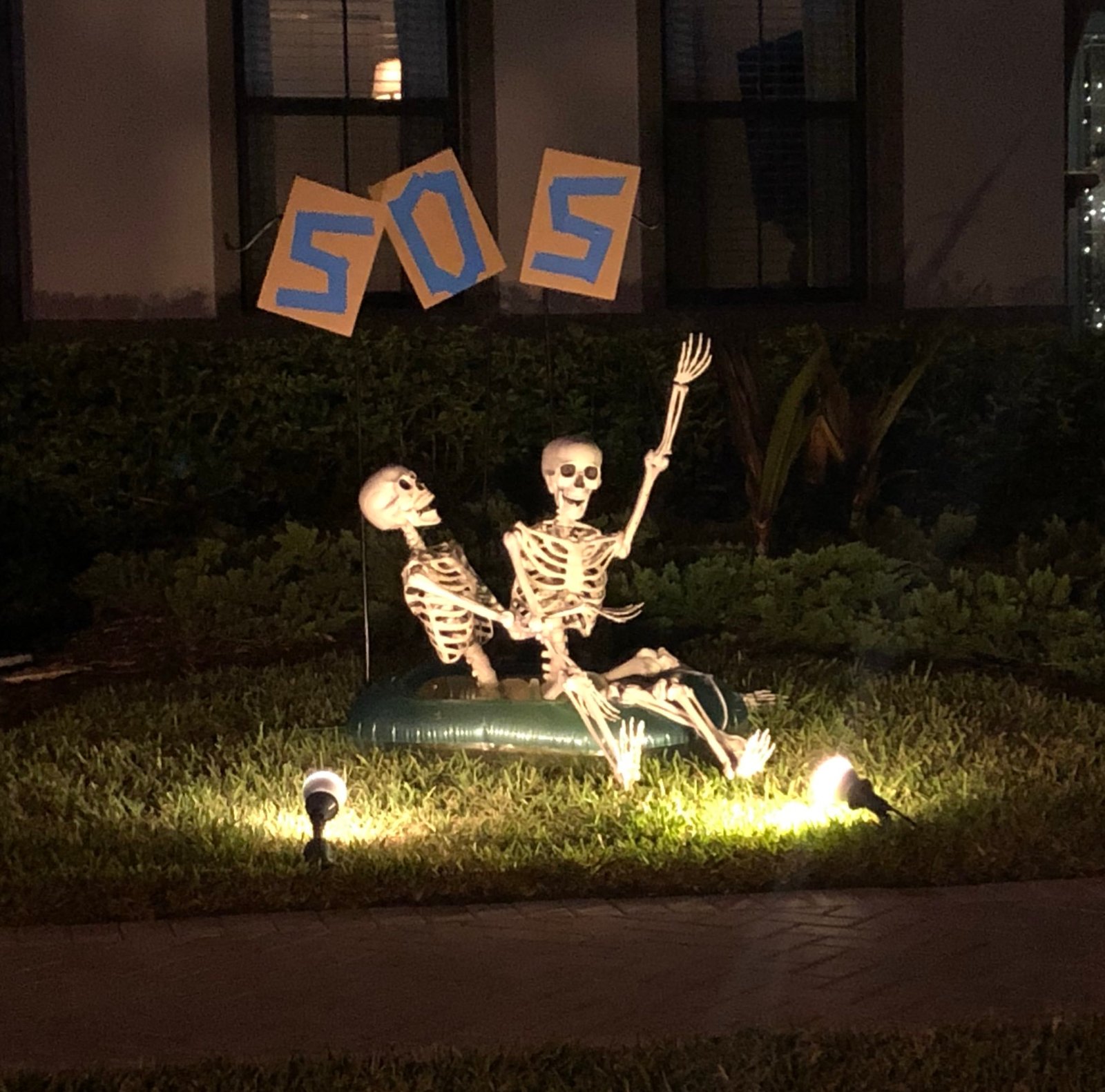 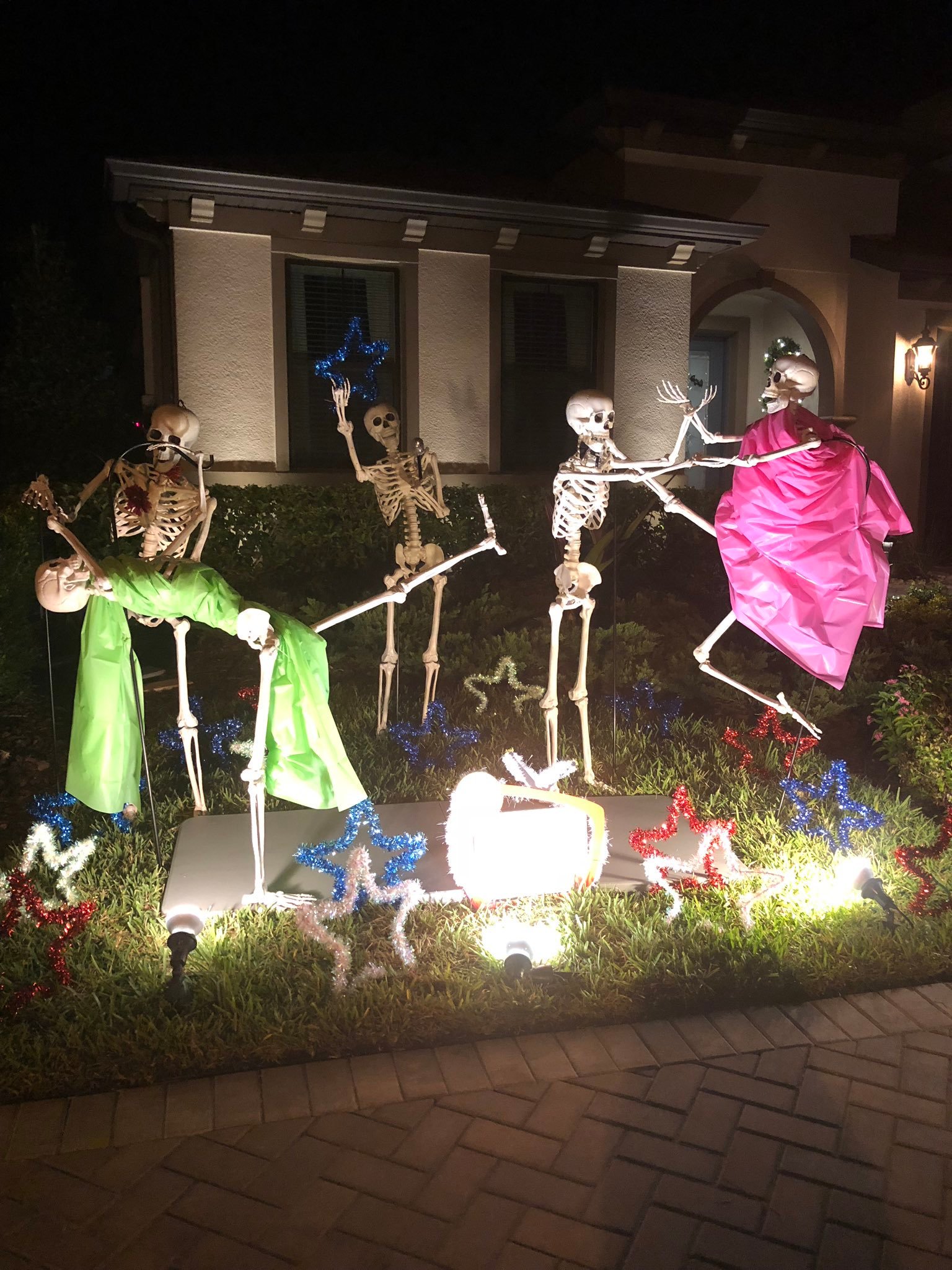 One big happy family here. I think they're gearing up for the new season of Dancing With The Stars and they're eager for it.

This is the way you do trick or treating if you're an actual skeleton. 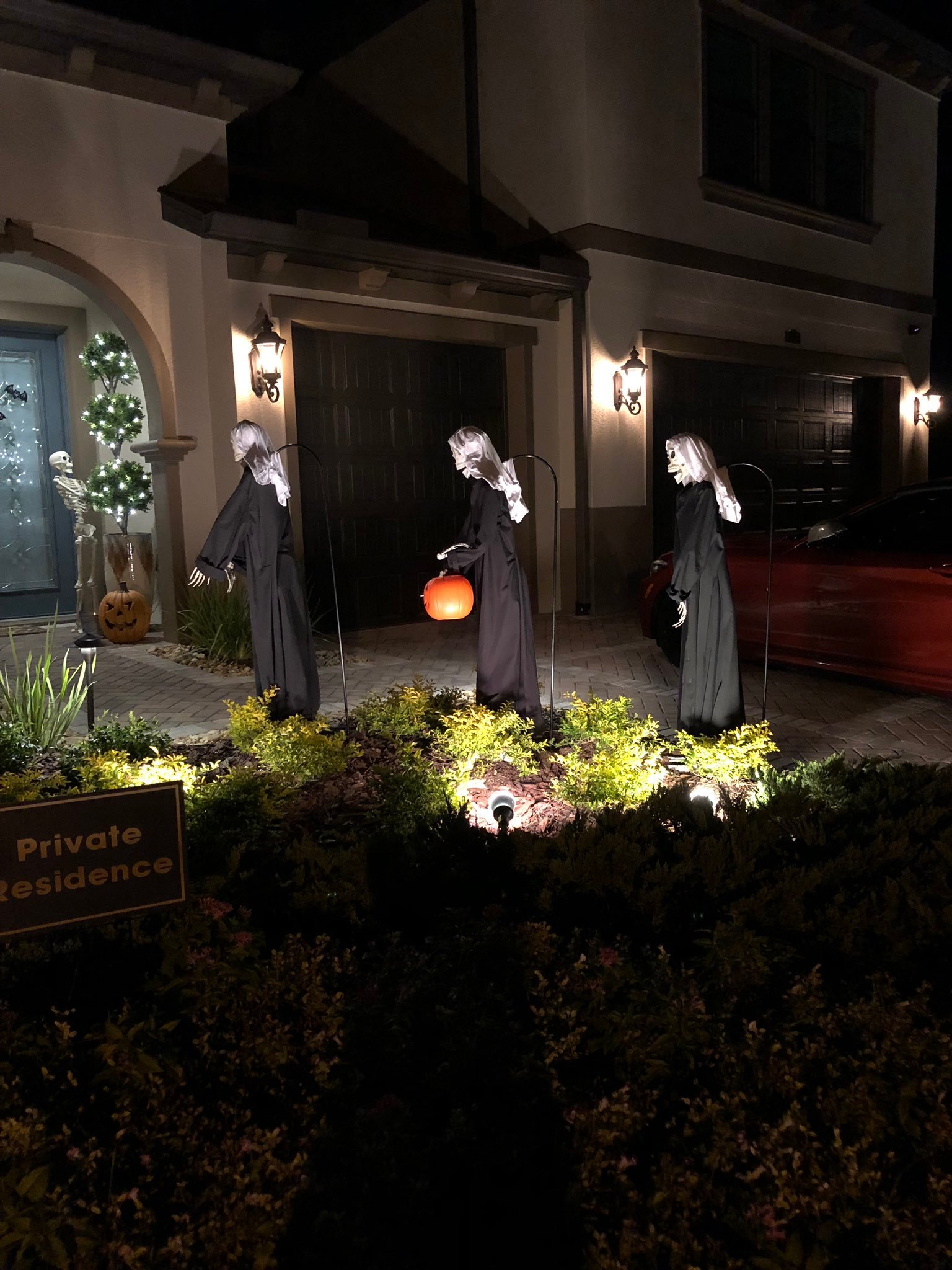 Ha, ha. I wonder what happens when someone opens the door and sees these three.

Wow, I can't believe people have so much time to devote to doing something like this.

I love Halloween but even I am way too lazy for this.