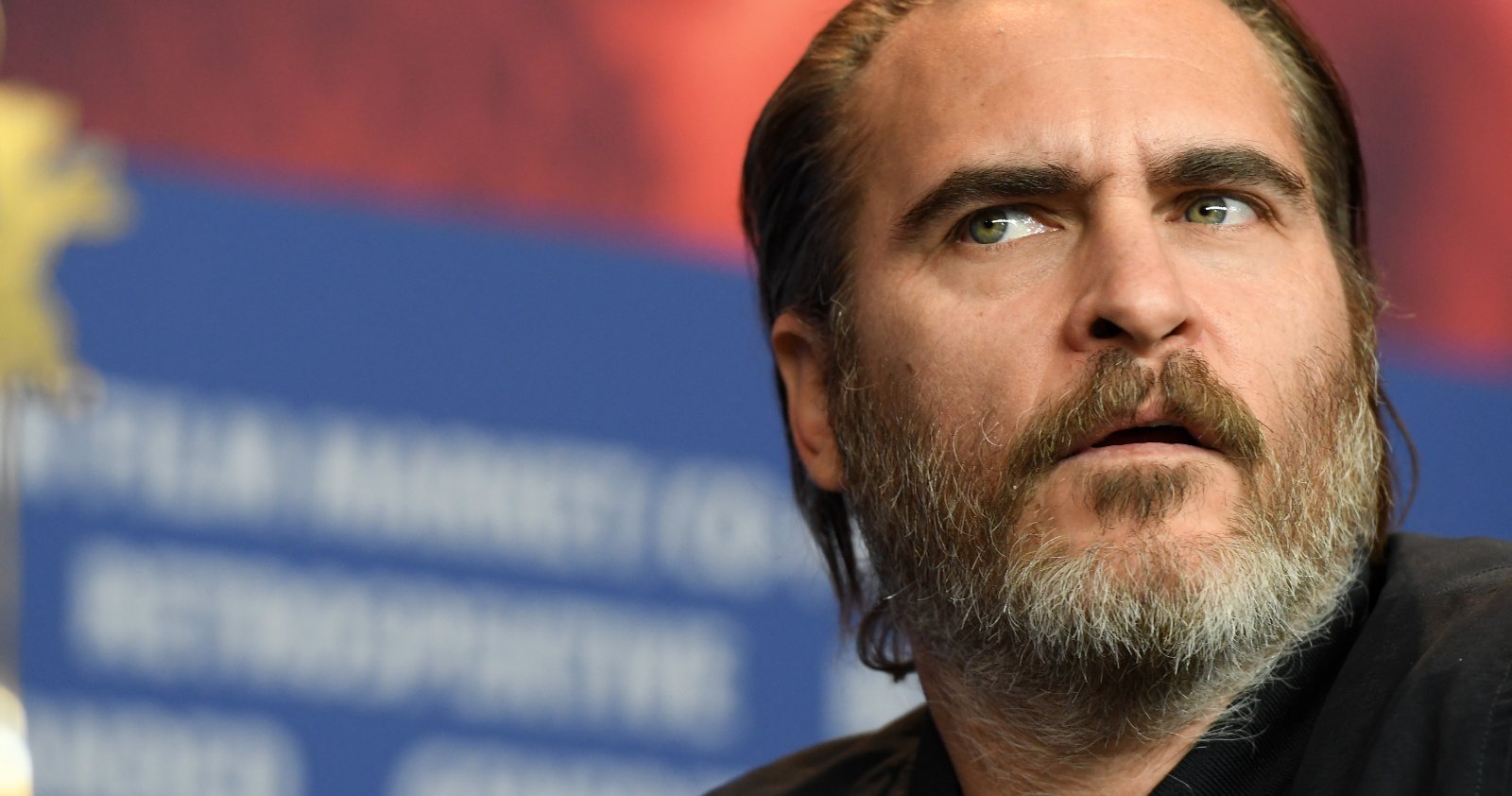 Joaquin Phoenix: one of the most reclusive men in Hollywood, and consequently the most mysterious.

His filmography is varied, and his acting close to method. But who is Joaquin Phoenix? What is he like? Is Joaquin is real name? (Yes!)

Joaquin Phoenix is, in fact, his name. 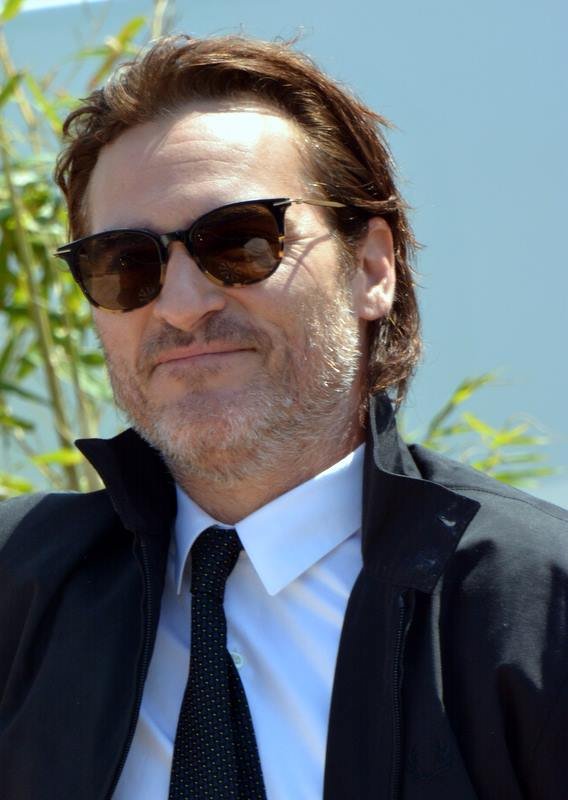 He was born Joaquin Rafael Bottom, but his parents changed their last name to Phoenix sometime in the 1970s.

They changed their name to Phoenix for the exact reason you'd expect: a new beginning. 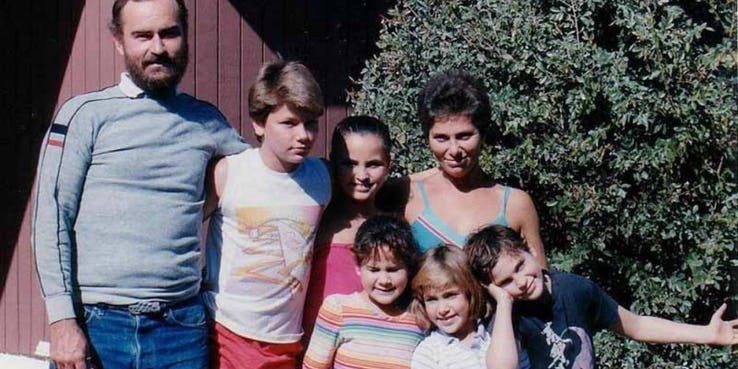 And they're all named after elements of nature.

He's a middle child. His brother, River, and sister, Rain, are both older. His sisters Liberty and Summer are both younger than he is.

He lost his brother, actor River Phoenix, in 1993. 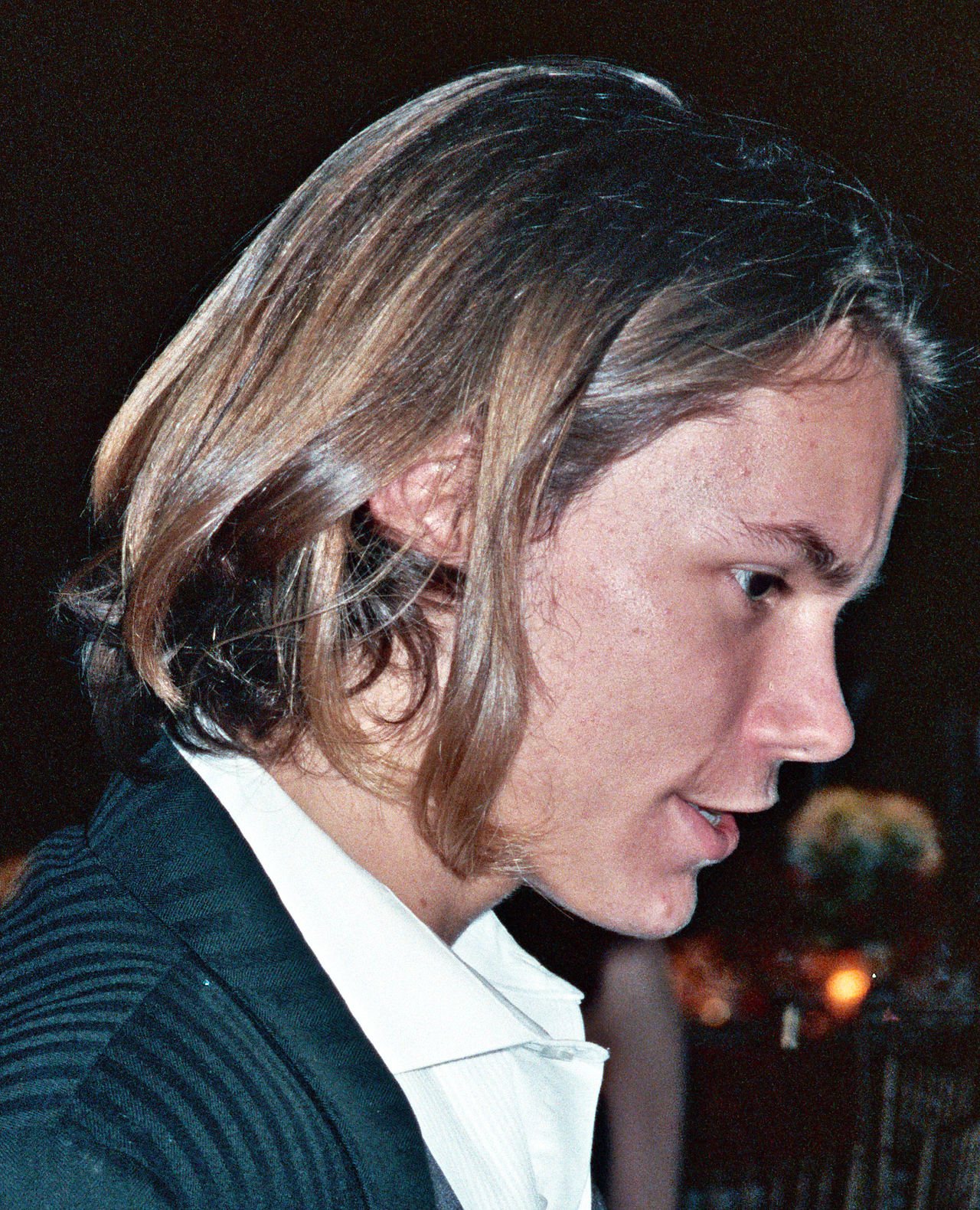 The night before Halloween 1993, River Phoenix was at the Viper Room, a club which was partly owned by his friend, Johnny Depp, at the time.

He collapsed on the sidewalk outside of the club and died of a drug overdose. Joaquin was the one who called the police.

He was in a cult. 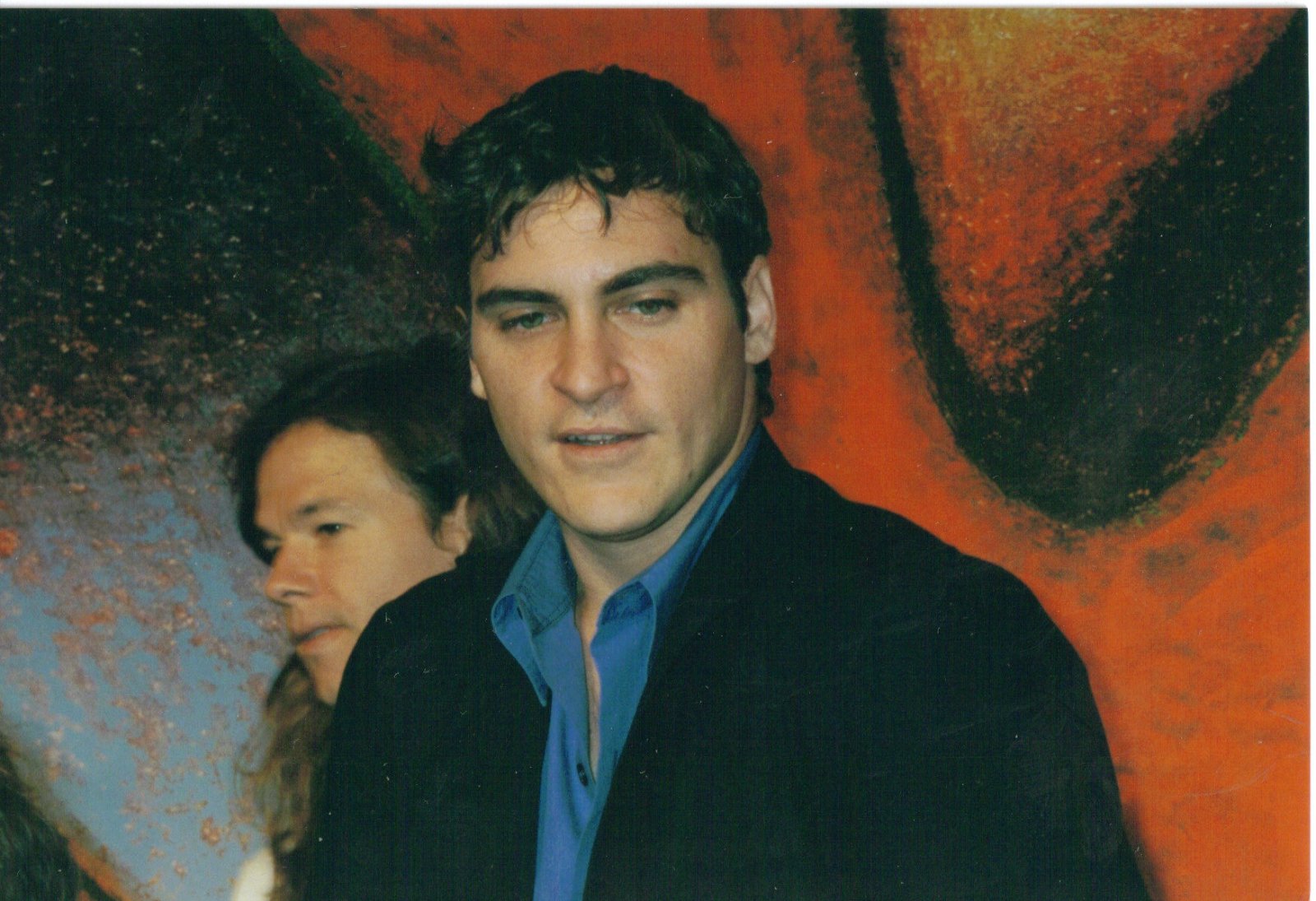 Yup! His parents, Arlyn and John, were part of The Children of God, now known as The Family International. They left in 1978, when Joaquin was 4.

According to Wikipedia: "TFI initially spread a message of salvation, apocalypticism, spiritual "revolution and happiness" and distrust of the outside world, which the members called 'The System.'"

He left acting for a year after his brother died. 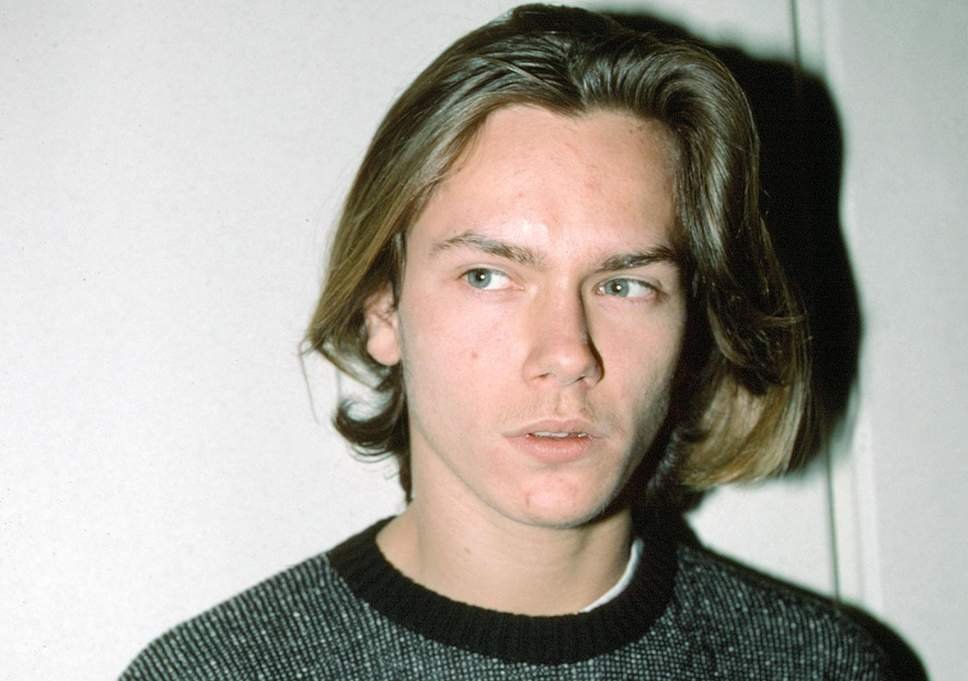 After River's passing, Joaquin retreated from the public eye.

Much of this was due to the media fervor around River's death, which involved outlets playing his own 911 call reporting his brother's death over and over again. 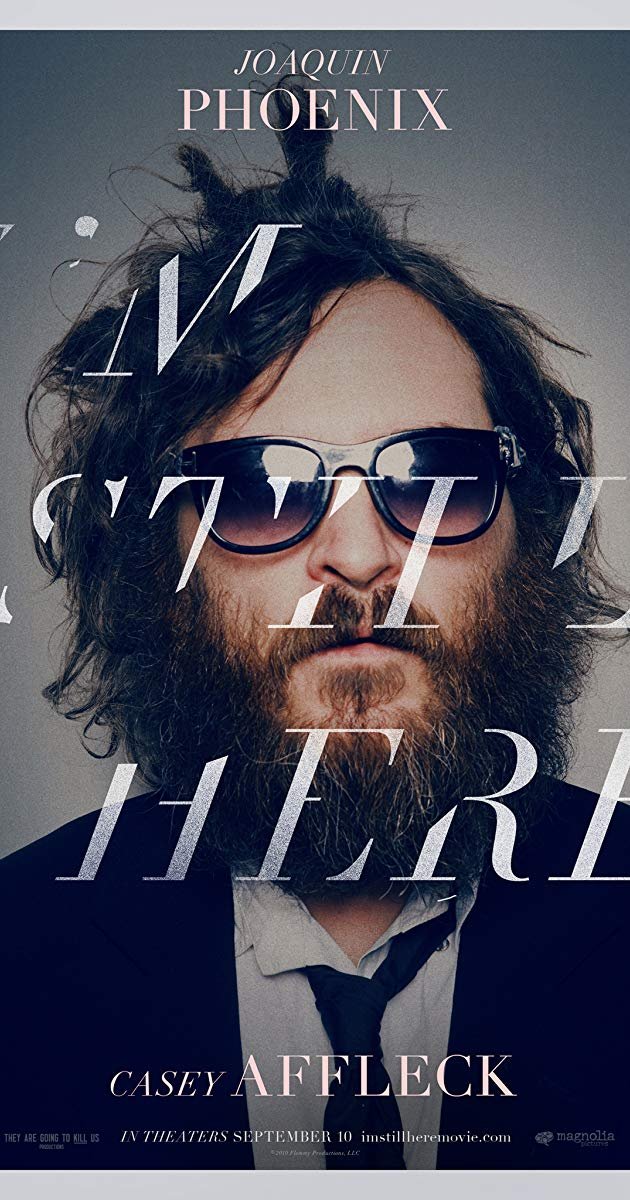 In 2008, Joaquin announced he was retiring from acting to pursue hip-hop.

Thus began two years of insanity, where the general public was left baffled as he struggled to become a recording artist, gained weight, got dreadlocks, and baffled the media.

His retirement, however, was a stunt.

In 2010, the "documentary," I'm Still Here, was released. It followed the exploits of Joaquin over those two years.

The director, Casey Affleck, eventually revealed that the documentary was an incredibly elaborate mockumentary. It was meant to show the media's obsession with celebrity, and with Joaquin's fake breakdown.

He and River hold a record. 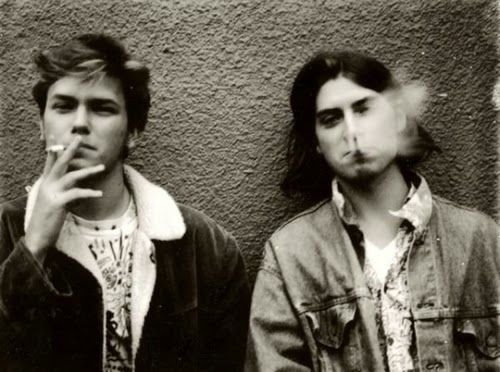 Surprisingly, River and Joaquin hold a record: they are the only brothers to ever earn Academy Award nominations.

River was nominated for his role in the film, Running on Empty. Joaquin has been nominated for Gladiator, Walk the Line, and The Master.

But not of movies or TV shows!

Werner Herzog saved him from a car accident. 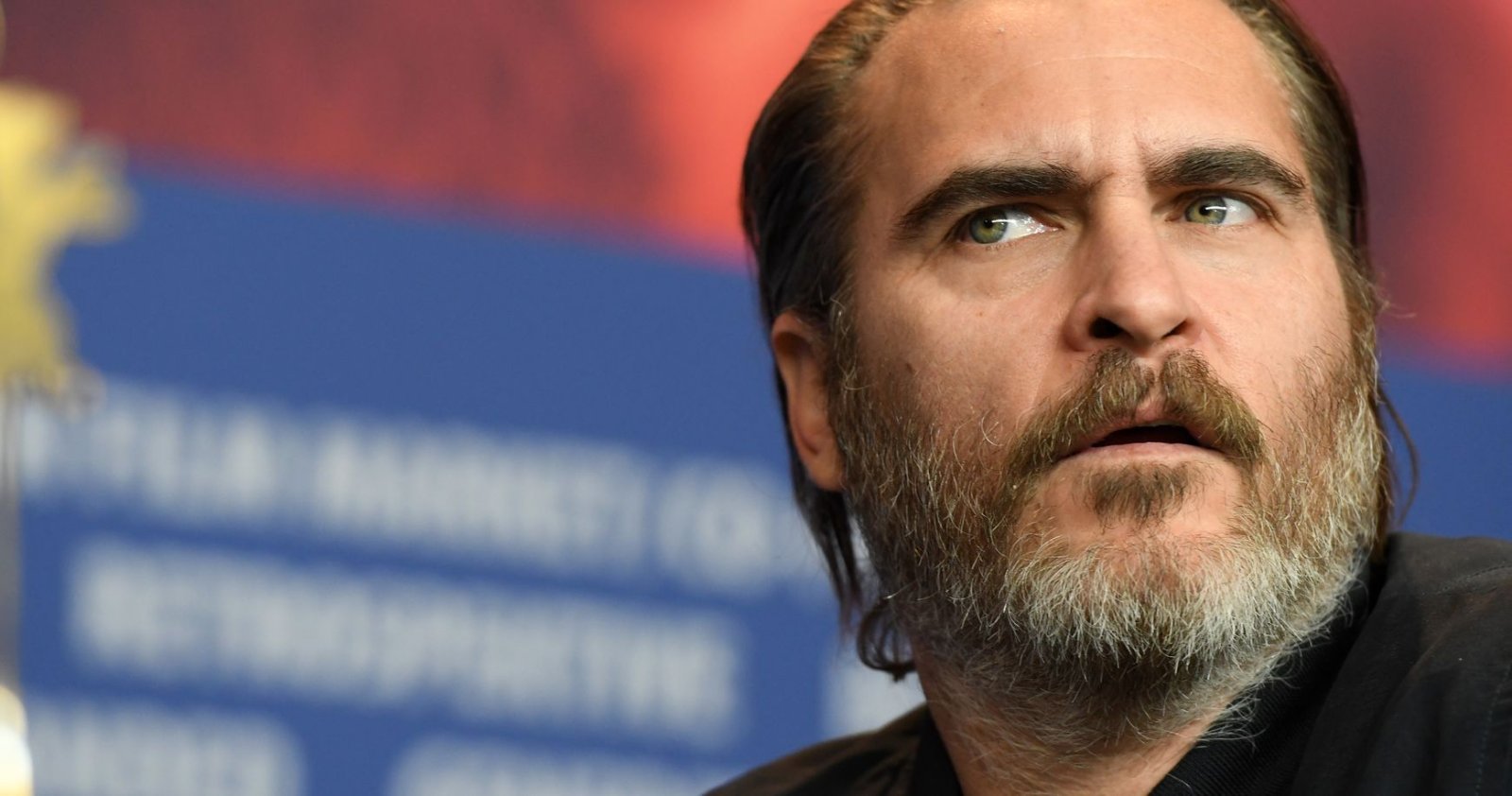 Joaquin crashed and flipped his car on a canyon road in California. While he was upside down inside of it, he heard a knock on the window.

"There was this German voice saying, 'Just relax.' [...] And suddenly I said to myself, 'That's Werner Herzog' There's something so calming and beautiful about Werner Herzog's voice. I felt completely fine and safe," he said.

Herzog also stopped him from lighting a cigarette while gasoline was leaking from the wreckage. 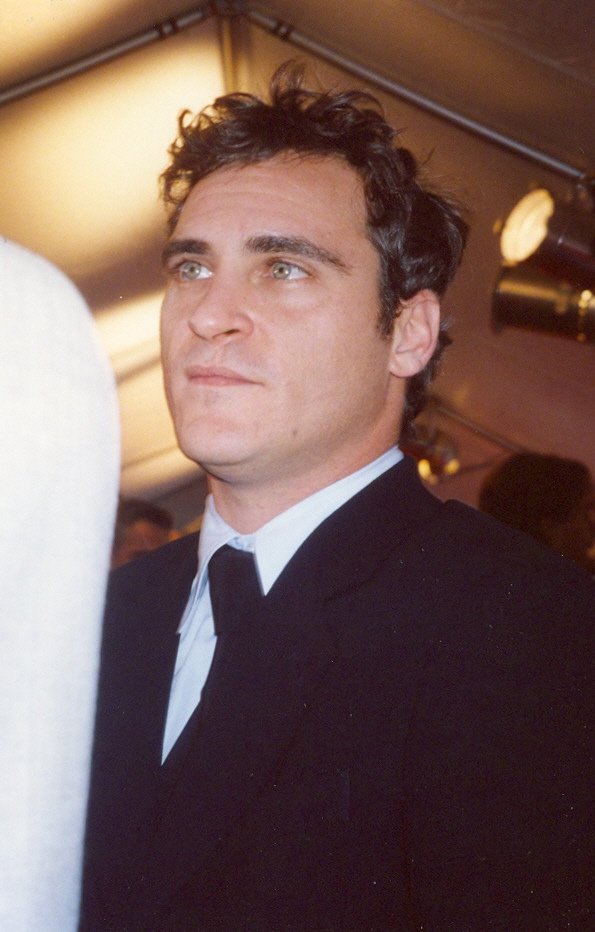 In fact, he went as far as to call them "bull[expletive]," but later apologized for that remark.

His reason is a good one: he doesn't like receiving awards for his work, considering the filmmaking process to be a collaborative one.

He earned his first Oscar nomination at a young age. 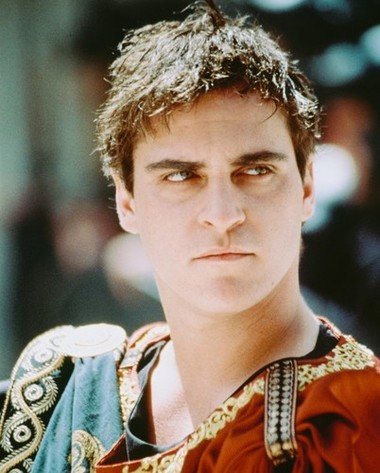 One of his first breakthrough films was Gladiator, where he played Commodus.

He was nominated for an Academy Award for Best Supporting Actor for the role. He was 26 at the time.

He is a strict vegan.

He's a member of PETA and In Defense of Animals, both of which he has also campaigned for.

He narrated films documenting animal cruelty, including Earthlings, for which he was awarded the Humanitarian Award at the San Diego Film Festival in 2005. 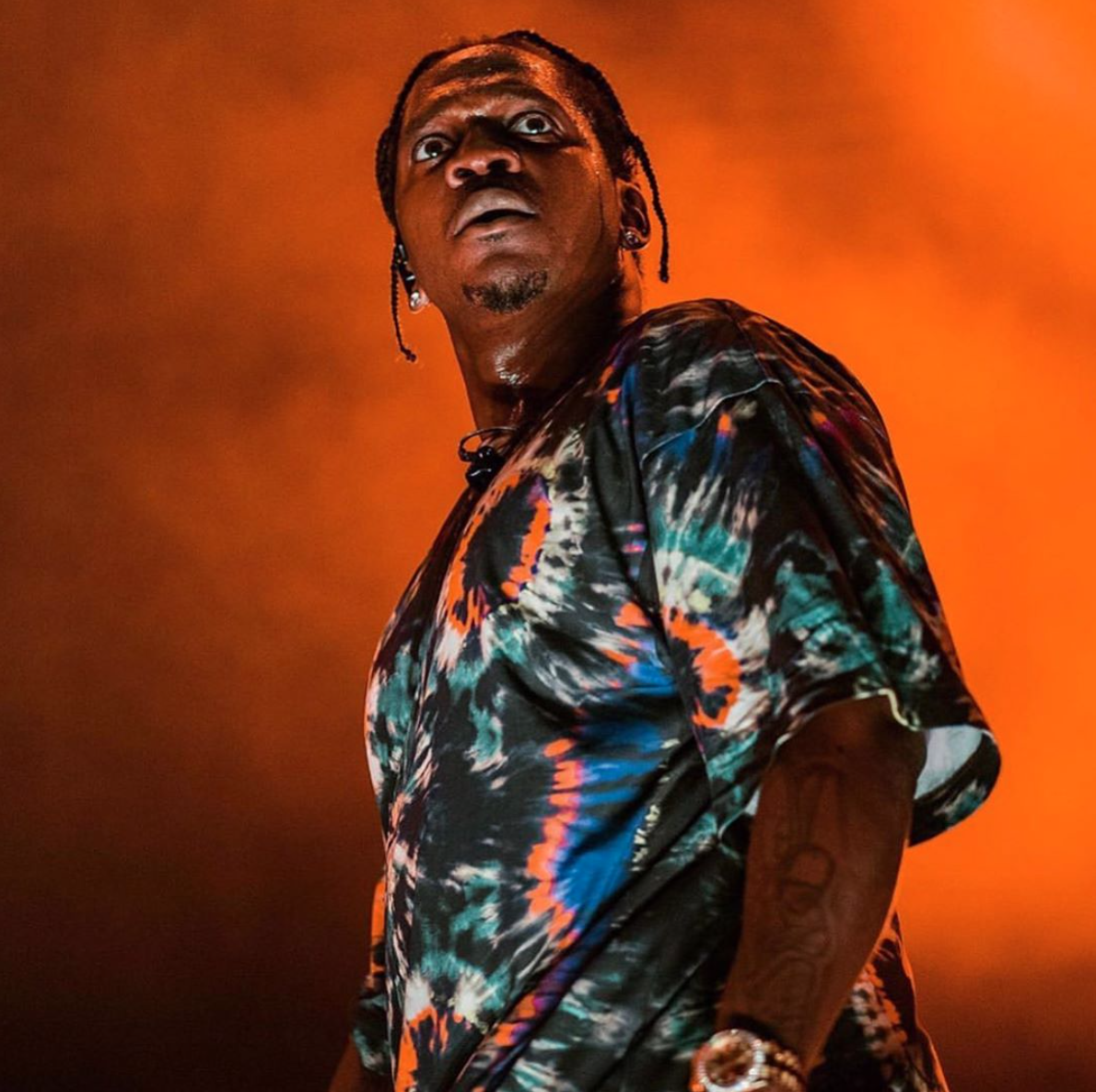 One of his lesser-known ventures involves music producing. He is rumored to have co-produced Pusha T's album, My Name is My Name, alongside none other than Kanye West.

I know. I wasn't expecting that, either.

He will not wear animal...at all. 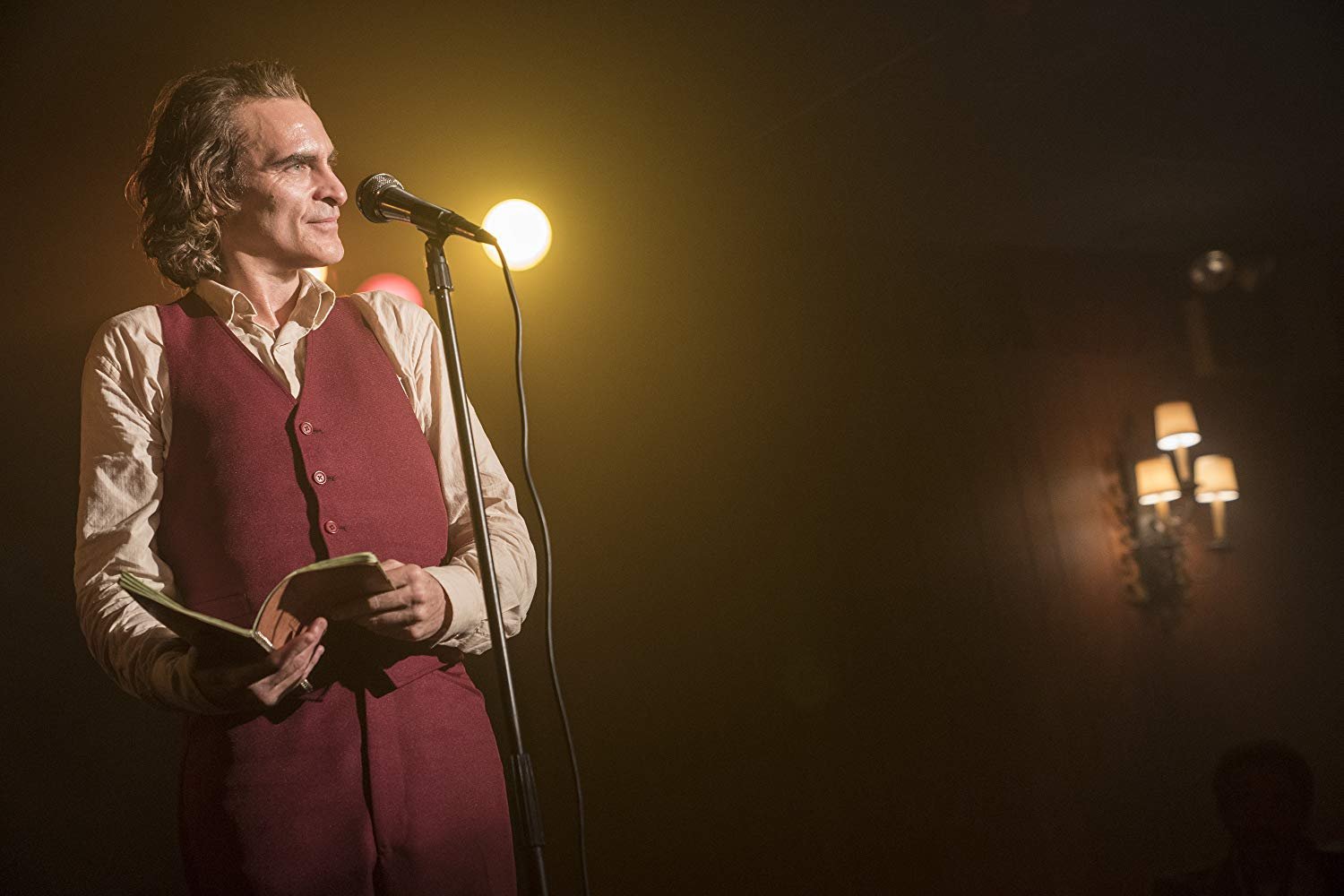 This includes when he's acting. If his costume calls for any type of animal material, he requests that it instead be made of synthetic ones.

He did make one exception: his boots in Walk the Line, which were vintage.

He produced a documentary with Netflix. 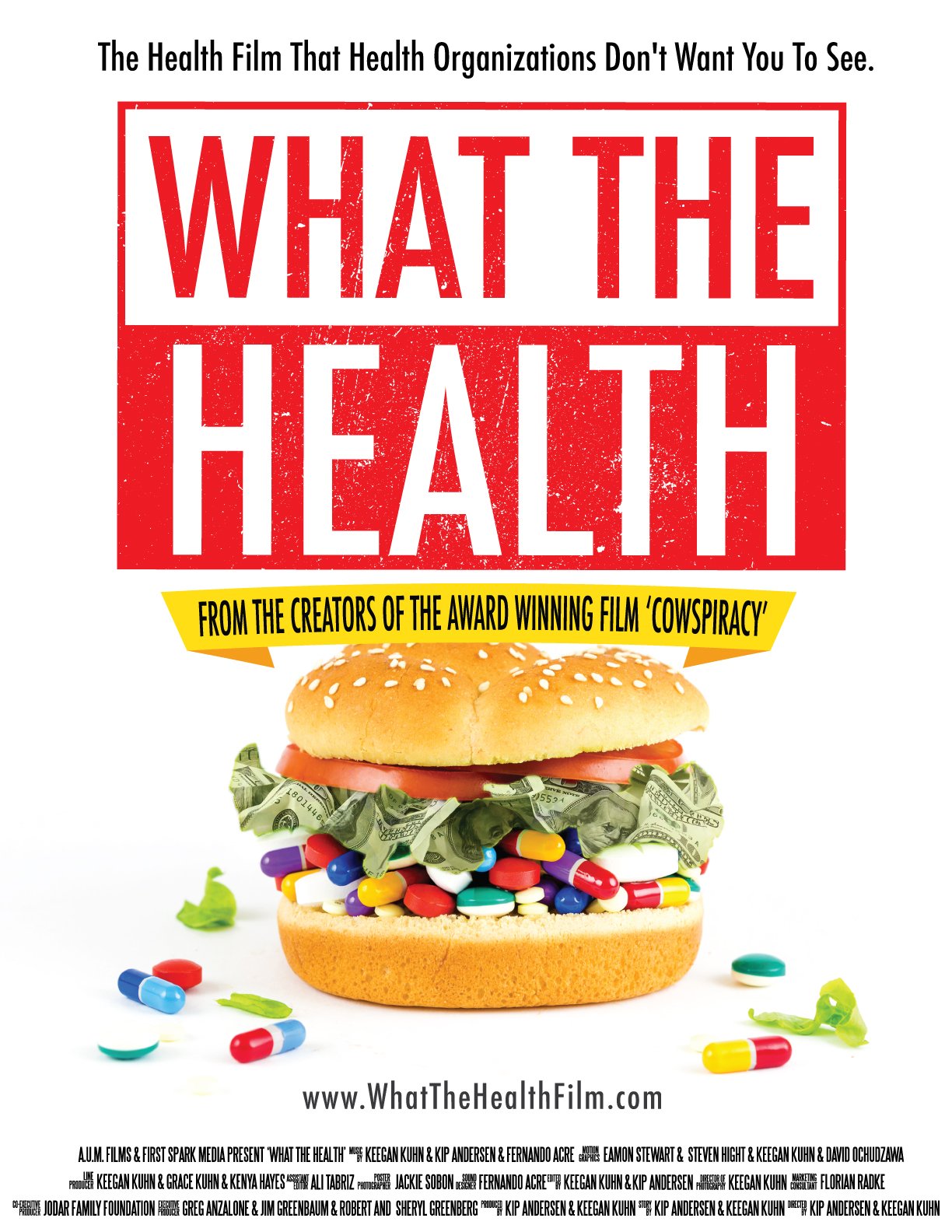 He executive produced What the Health for Netflix in 2017. They describe it as exposing "[...] the collusion and corruption in government and big business that is costing us trillions of healthcare dollars, and keeping us sick."

He changed his name to Leaf for ten years. When he was first getting into acting as a child, he changed his name to "Leaf."

He said he wanted to have a more nature-based name, like his siblings. He changed it back when he turned 15.

He's picky about his roles, but not exclusionary.

"I don't limit myself," he said. "I'm not the Indie kid, and I'm also not the John Grisham novel hero but I am all of those things — I refuse to have an agenda."

He has a Grammy.

He won a Grammy for Best Compilation Soundtrack Album for Visual Media for Walk the Line in 2006.

As we said, he hadn't sung before taking on that role. From no singing to a Grammy? Damn. 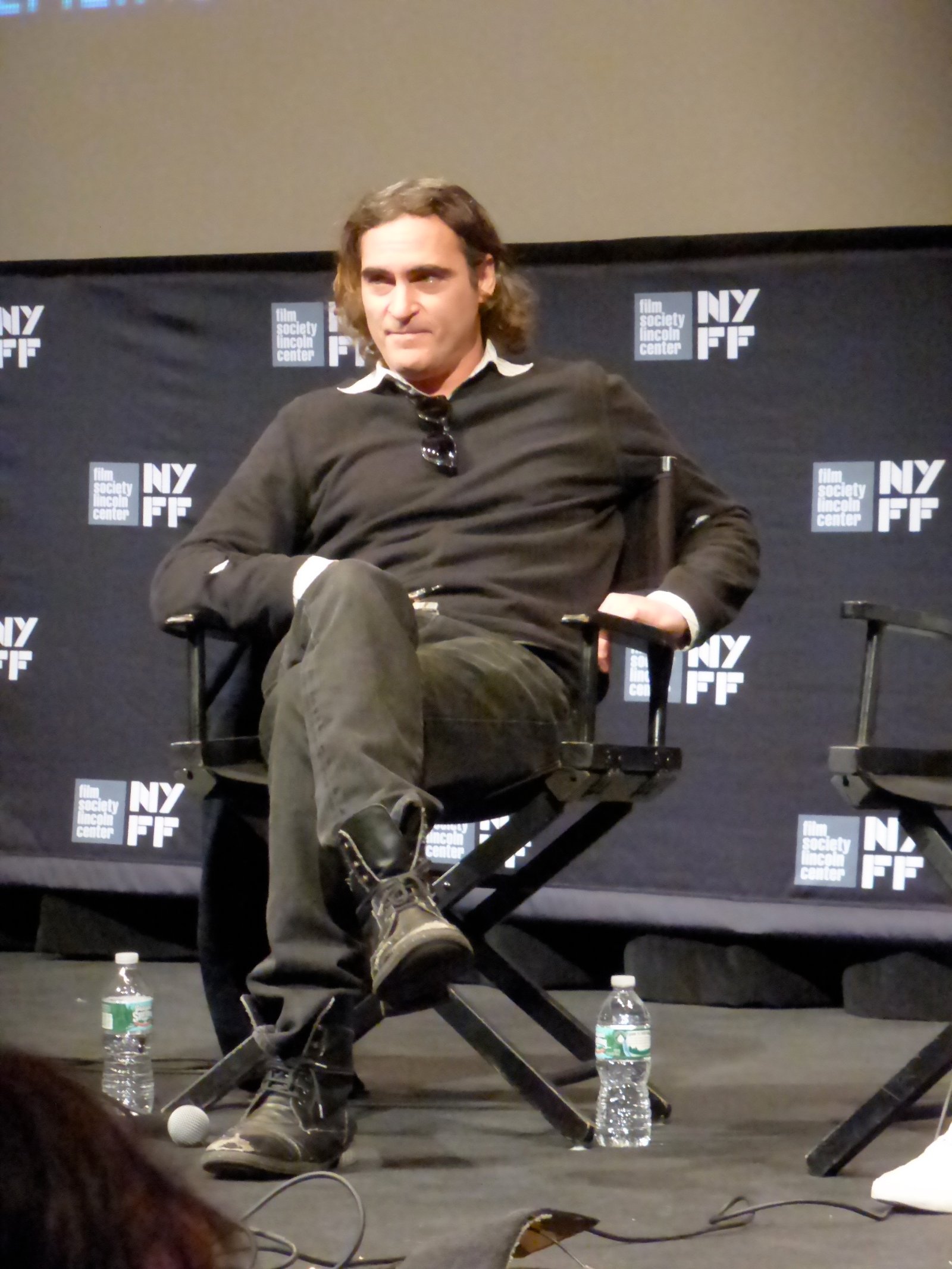 During the filming of Walk the Line, he began drinking too much.

"It was then that I became aware of my drinking. I wasn't an everyday drinker but didn't have anything else to do, anything to hold me down. I was leaning on alcohol to make me feel OK," he said. 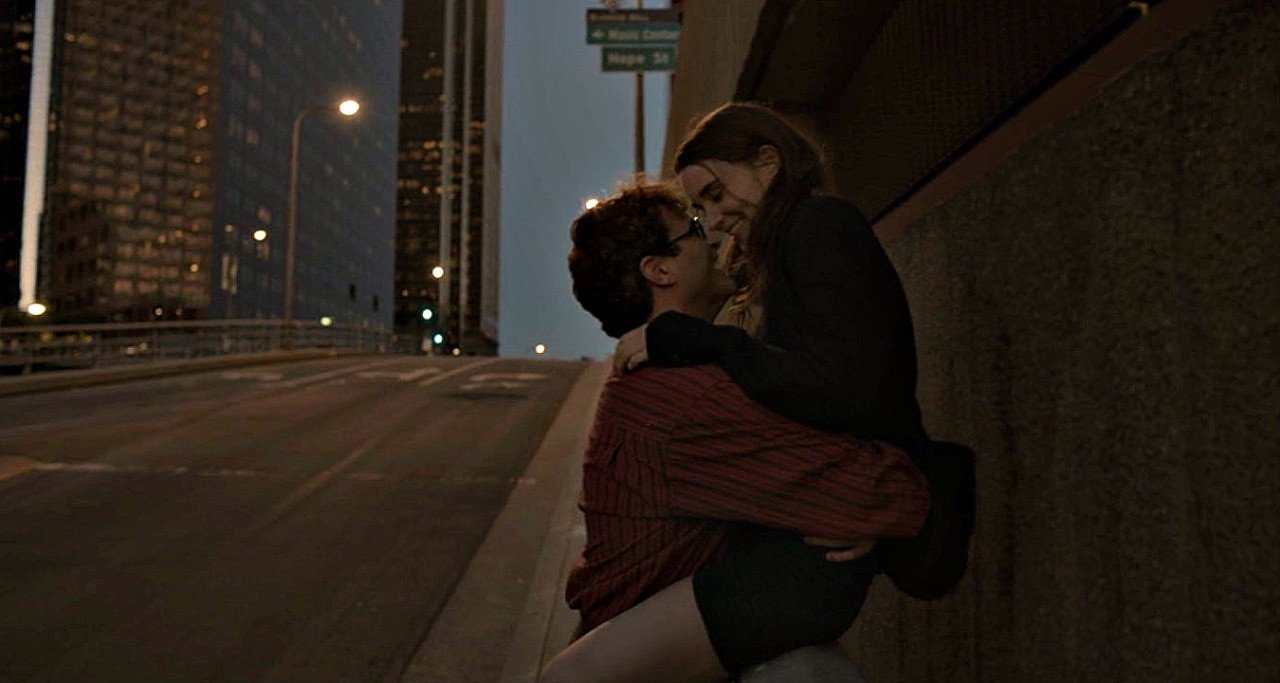 They met on the set of the film Her in 2013. They fell for each other while playing two childhood sweethearts who were in the midst of a tough divorce.

Rooney made him do something unexpected.

Joaquin has no social media presence. However, when he met Rooney, he decided to hit up the internet.

"She’s the only girl I ever looked up on the internet," he told Vanity Fair. "We were just friends, email friends. I’d never done that. Never looked up a girl online."

He went method on "Walk the Line," and then regretted it.

"I’m embarrassed about it now," he said of making everyone on set call him "J.R.," Johnny Cash's real name. "It’s not a brilliant method. It’s simply that I don’t know what I’m doing, and I use all the help I can get. It’s an act of desperation."