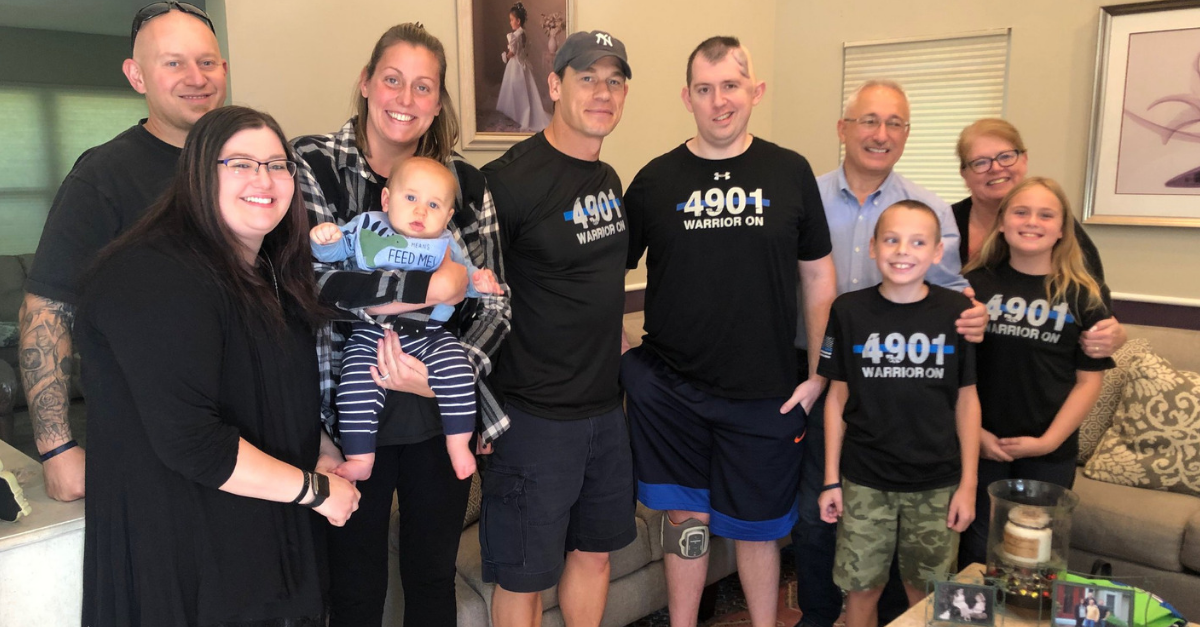 Although some wrestling fans have expressed some frustration with how often John Cena wins WWE championships, few would say this translates to disliking him as a person.

Not only does he have a reputation as a consummate professional who's easy to work with in the ring, but also as a man with a big heart outside of it. After all, we are talking about a man who has made a difference for a record 580 Make-A-Wish kids.

But a more recent gesture by Cena proves that he doesn't stop caring just because someone struggling has already grown up.

Last year, Officer Cem Duzel of the Colorado Springs police department was shot in the head during a firefight with a suspect. 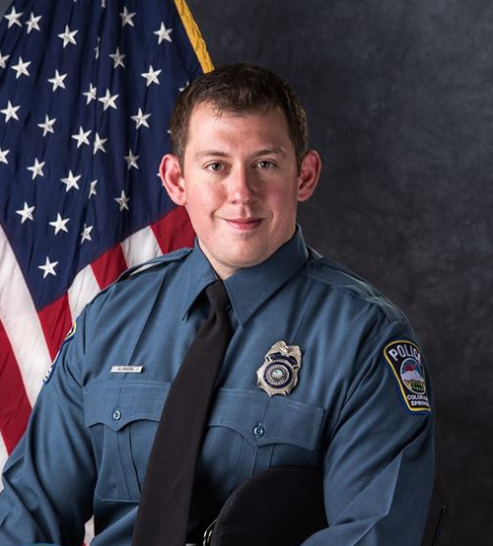 Although he survived, he was critically injured and according to Today, he continues to recover to this day.

But when Duzel's injuries were at their darkest, his colleagues on the force found an inspired way to life his spirits. 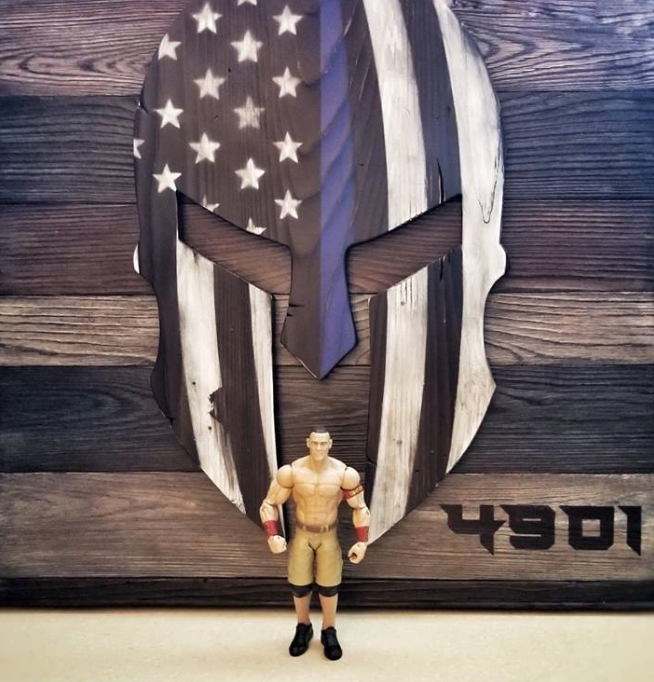 A Facebook post from the police department revealed that Duzel considers John Cena his hero, so his friends placed action figures of the wrestler in his hospital room, at the precinct, and throughout Colorado Springs.

Their goal was to make the real Cena aware of what happened, and their plan seemed to work. 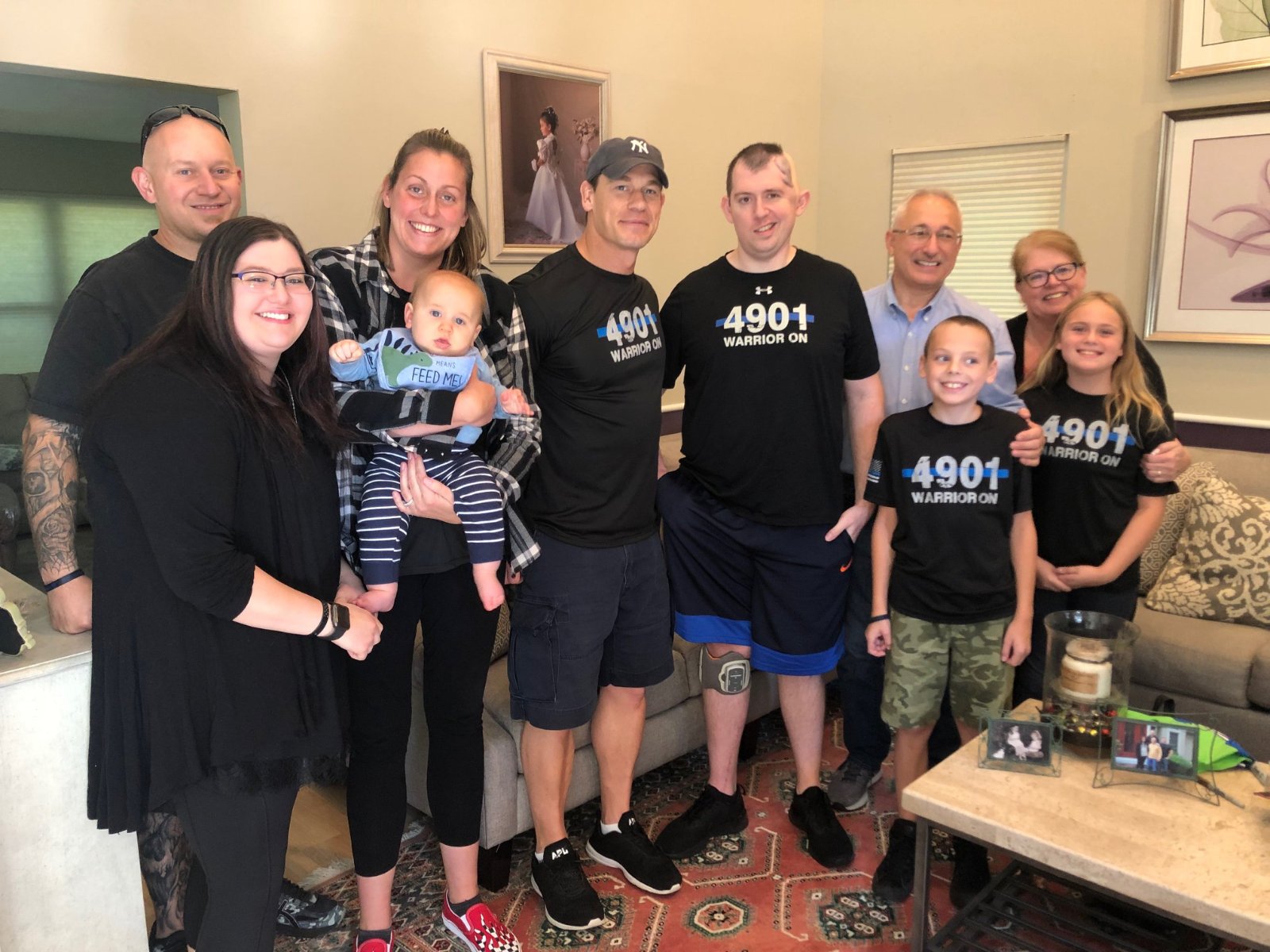 Cena was filming a movie in Vancouver when he heard about Duzel's story, but released a video where he shared the following message:

I saw on the web machine your story, your fantastic story of perseverance and grit just in the face of adversity. You are surrounded by those you love and those who support you and I think that's extra special.

However, once Cena's schedule had freed up a little, he didn't just leave it at a message. Naturally, both the department and those following Duzel's story were ecstatic that, as they put it, Duzel's hero finally came to visit theirs. 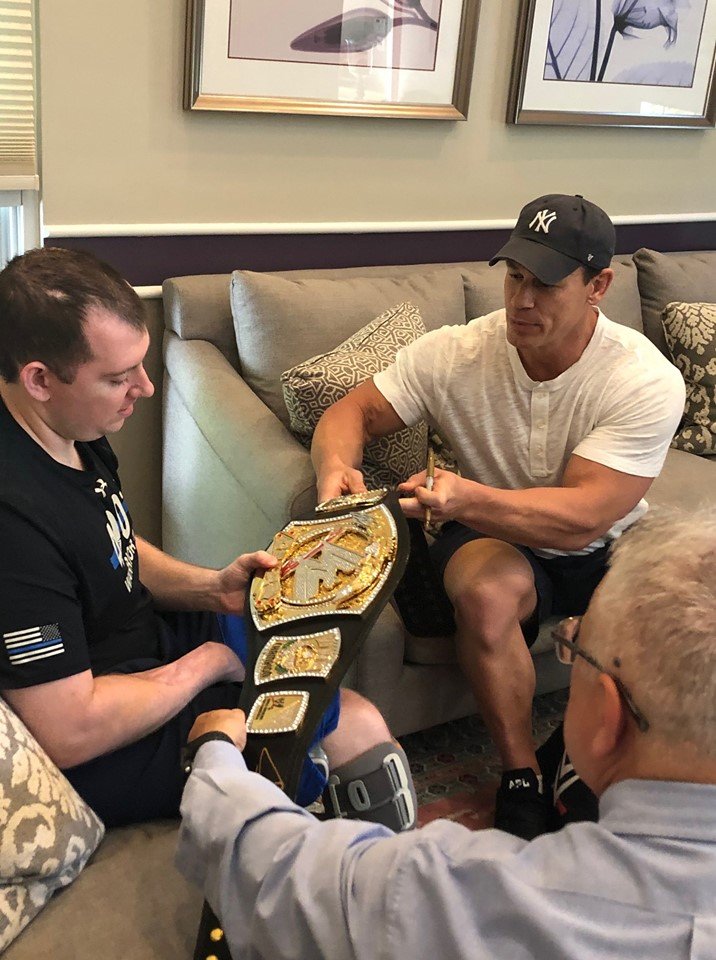 It took about six months of keeping both Duzel's story and hope alive, but as we can see, Duzel got to see both the champ and one of his belts in person.