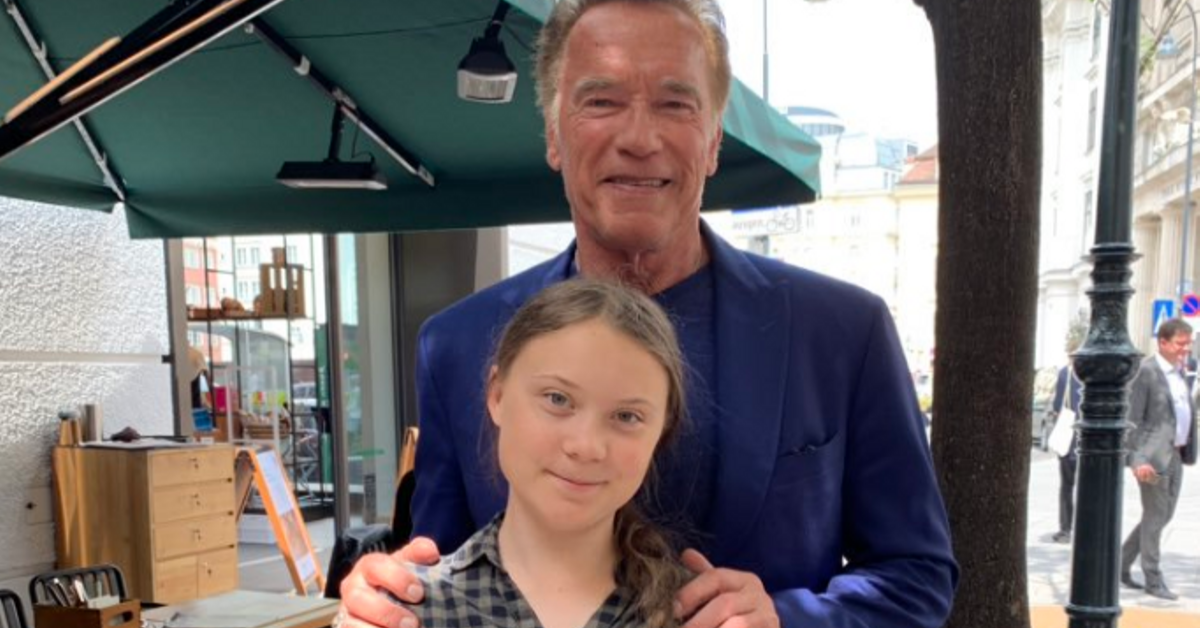 In the most unlikely dynamic duo of all time, Arnold Schwarzenegger and Swedish climate activist Greta Thunberg are showing the world that teamwork truly does make the dream work.

Greta Thunberg is one of the most talked about public figures right now.

And much of that talk is thanks to her emotionally charged speech at the 2019 UN Climate Action Summit last week.

And because of the iconic death stare she gave President Donald Trump that day, lol.

There was no need to ask her how she felt in that moment.

Thunberg is known for always traveling in the most environmentally friendly way possible, even when traveling overseas. 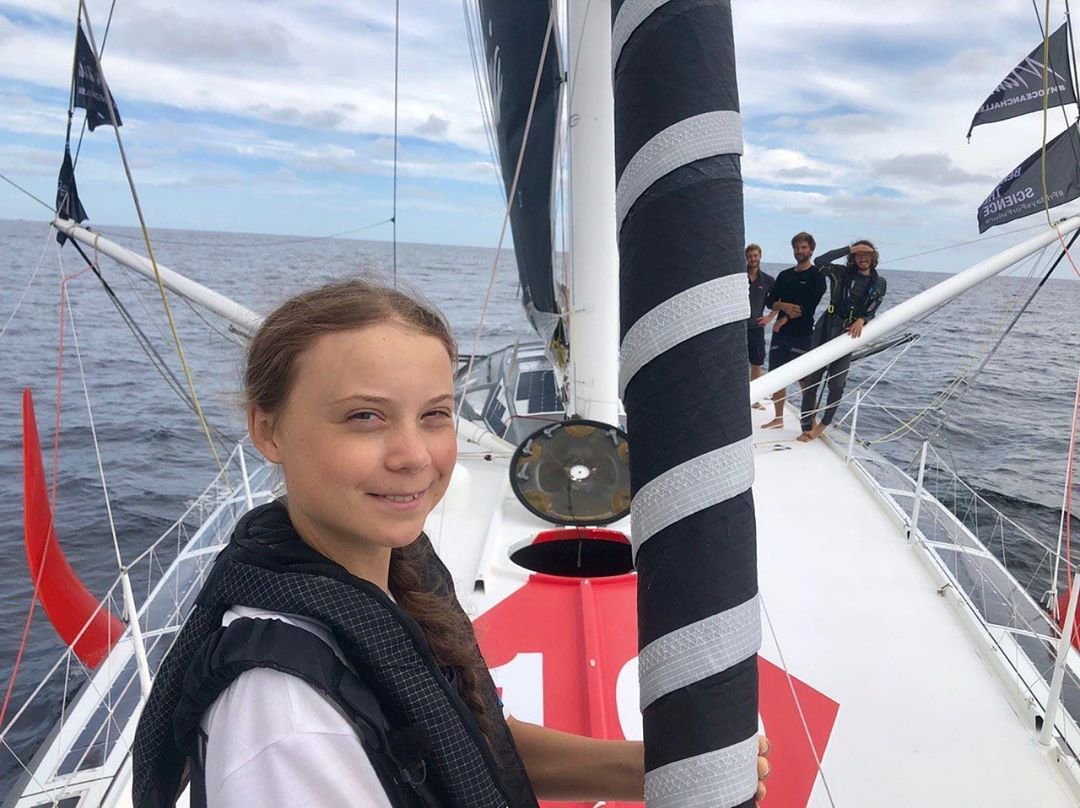 Girlfriend is really out here on a BOAT. 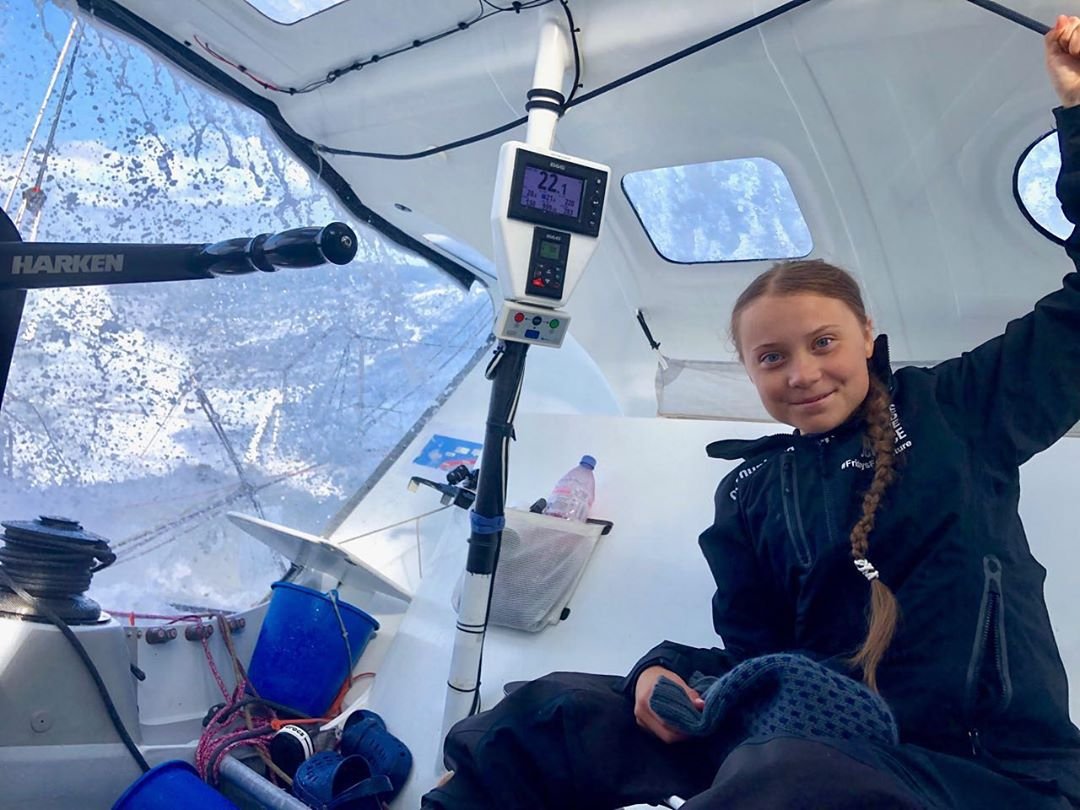 Thunberg's boat is the Malizia II. According to The Verge, the Malizia II "has its own solar panels and hydro-generators to power the yacht."

Thunberg would later announce that she's touring around the U.S. and Canada throughout October. 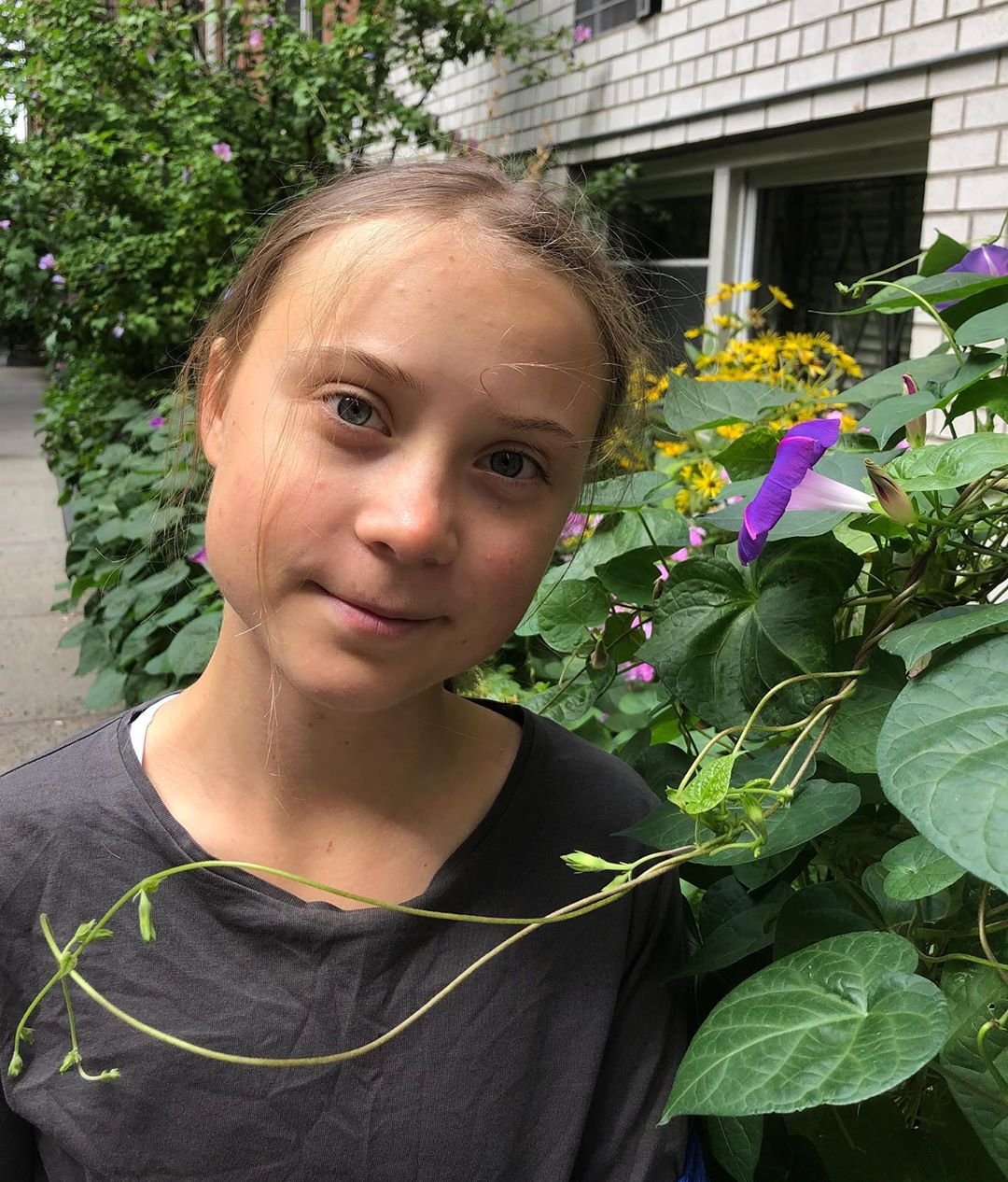 And when this word got out, friend and fellow environmentalist Arnold Schwarzenegger offered his assistance in getting Thunberg around in eco-friendly style.

Schwarzenegger kept his word and the two met at the summit earlier this year!

The actor claimed he was "startruck" when he met the young activist.

Thunberg told Scandinavian talk show "Skavlan" that Schwarzenegger had offered to lend her his own electric Hummer. 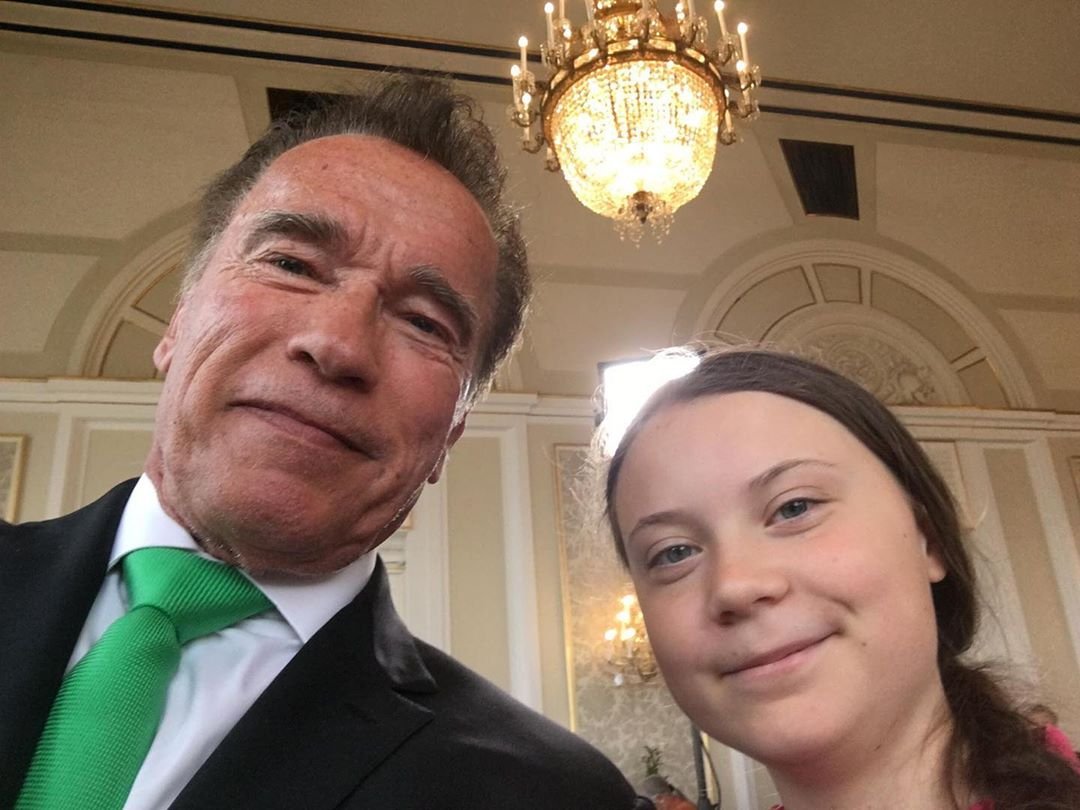 "One of the funniest offers I've received is that Arnold Schwarzenegger has offered me to lend his electric car," she told the host.

However, getting Schwarzenegger's own car to Thunberg would be too much work, so he's arranged for a Tesla Model 3 to drive Thunberg around in style. 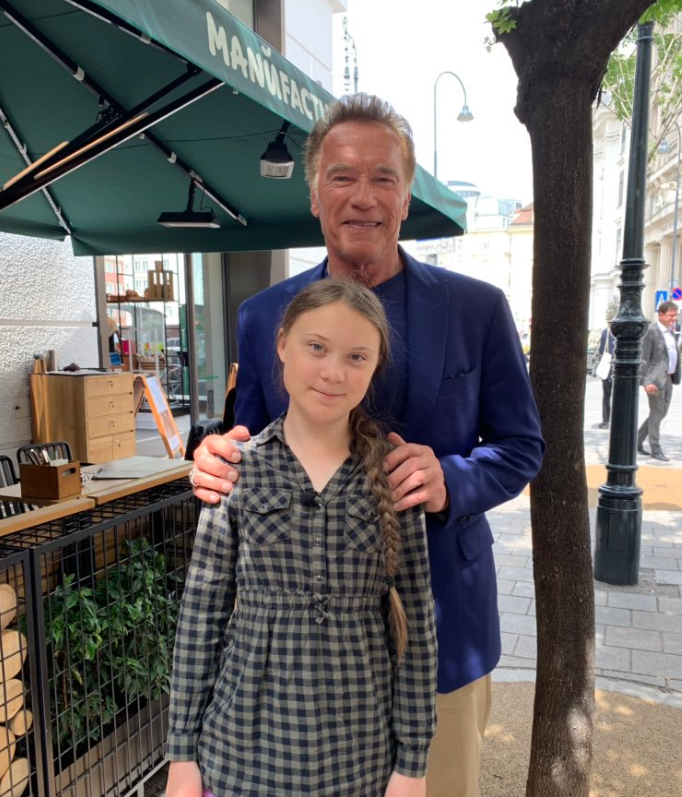 The news was confirmed by Schwarzenegger's spokesperson to C/D.

Greta will be travelling "slowly" through North America, stopping in as many places as she can. 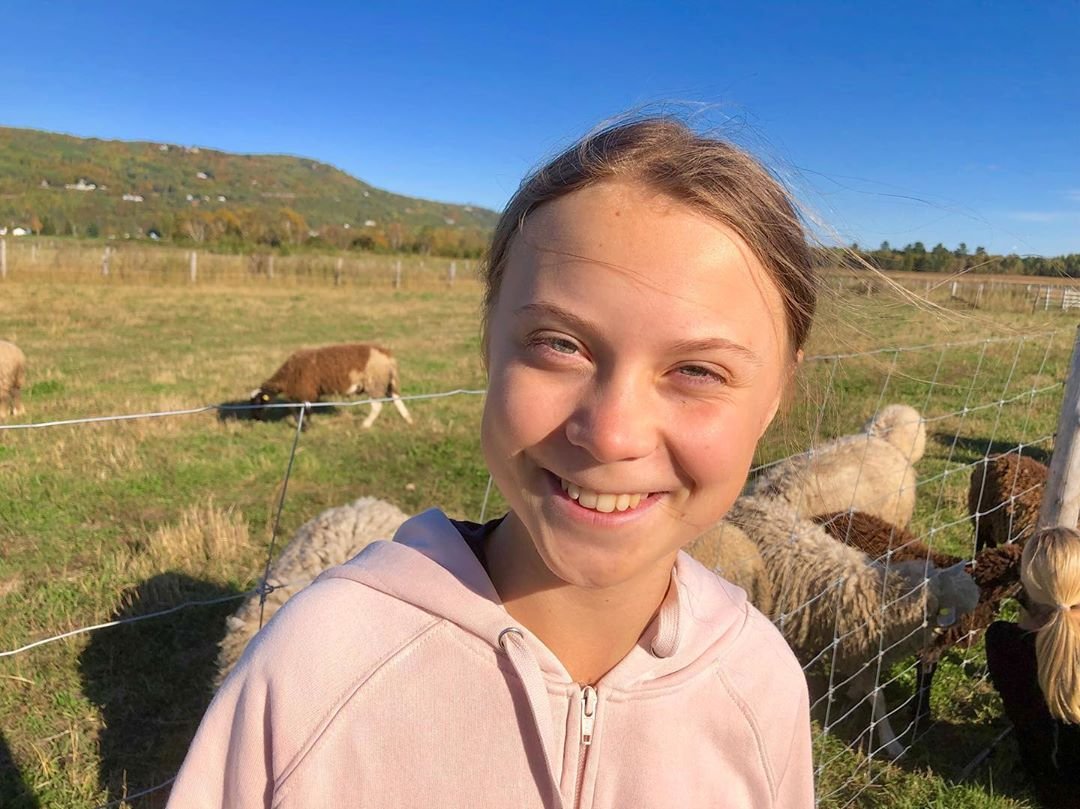 And protesting plenty, of course!

What a great example these two are setting for us all!