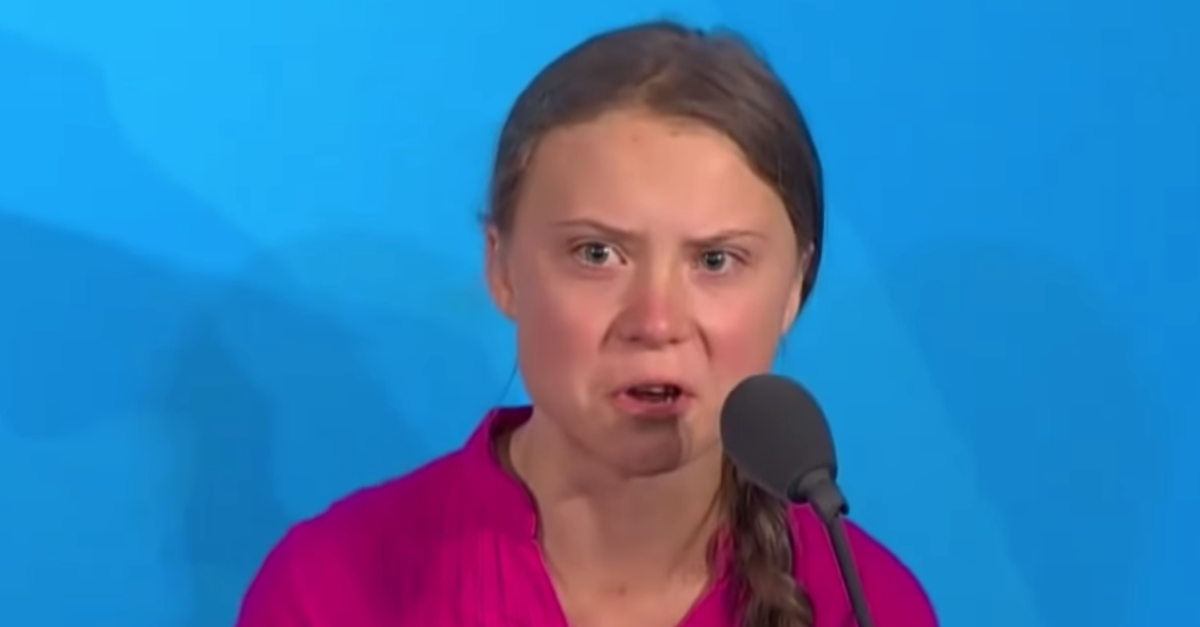 When she spoke to the United Nations General Assembly on Monday, 16-year-old Greta Thunberg of Sweden made her disappointment with the progress of world leaders at combating the threat of climate change palpable.

For those with similar anxieties about the future of our planet, Thunberg's passionate speech put years of mounting frustrations to words.

It also clearly expressed how her generation and those of the future will be impacted if the issue continues to receive the intergovernmental response it has thus far.

And yet, her speech was also not without its critics, one of whom claimed Thunberg was "a mentally ill child" and another being President Donald Trump.

Now, an Instagram influencer has joined this gallery of opponents and her response hasn't proved as popular as she may have liked.

From her passionate delivery to the withering accusations in her words, Thunberg's speech certainly resonated throughout the world. 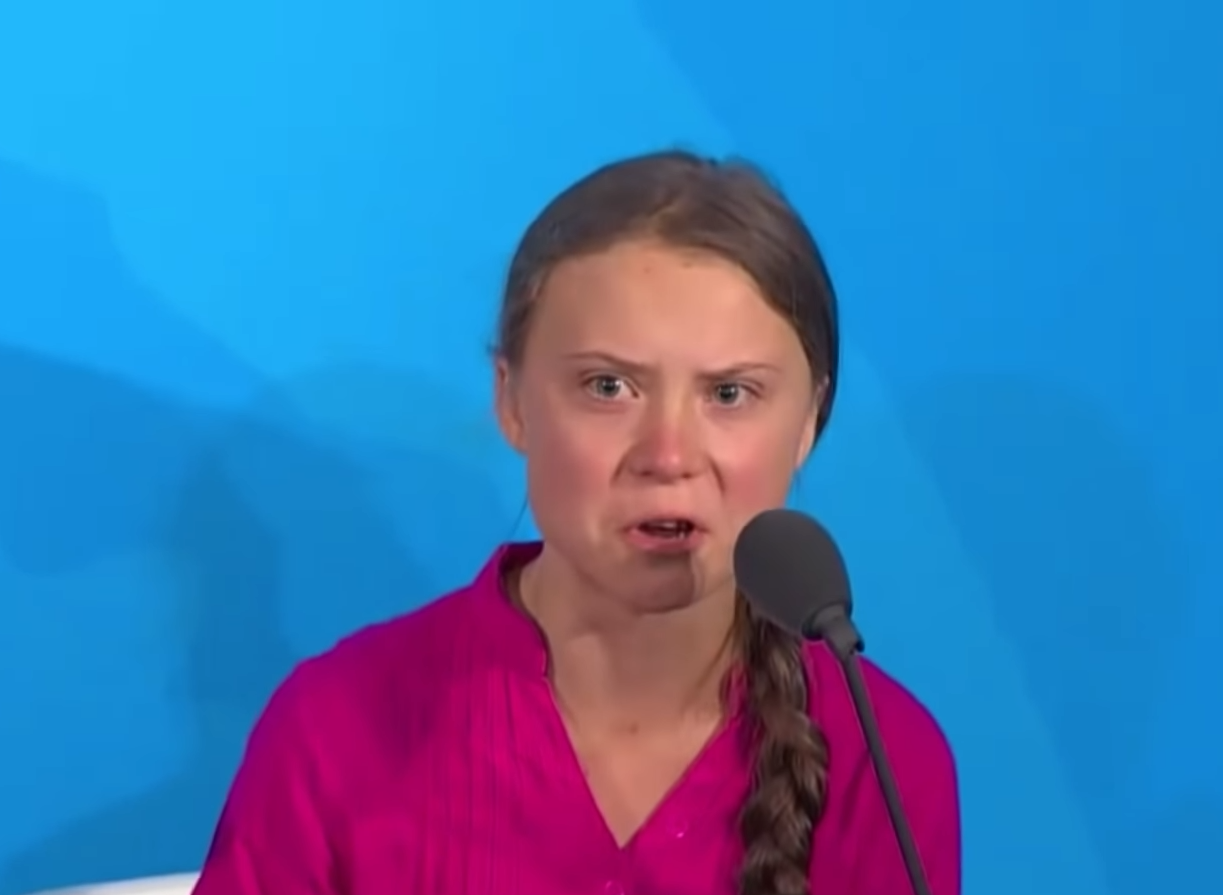 If any part of of it stood out the most for viewers, it was the following section:

"This is all wrong. I shouldn't be up here. I should be back in school on the other side of the ocean. Yet, you all come to us young people for hope."

"You have stolen my dreams and my childhood with your empty words and yet I'm one of the lucky ones. People are suffering. People are dying. Entire ecosystems are collapsing. We are in the beginning of a mass extinction and all you can talk about is money and fairytales of eternal economic growth. How dare you!" 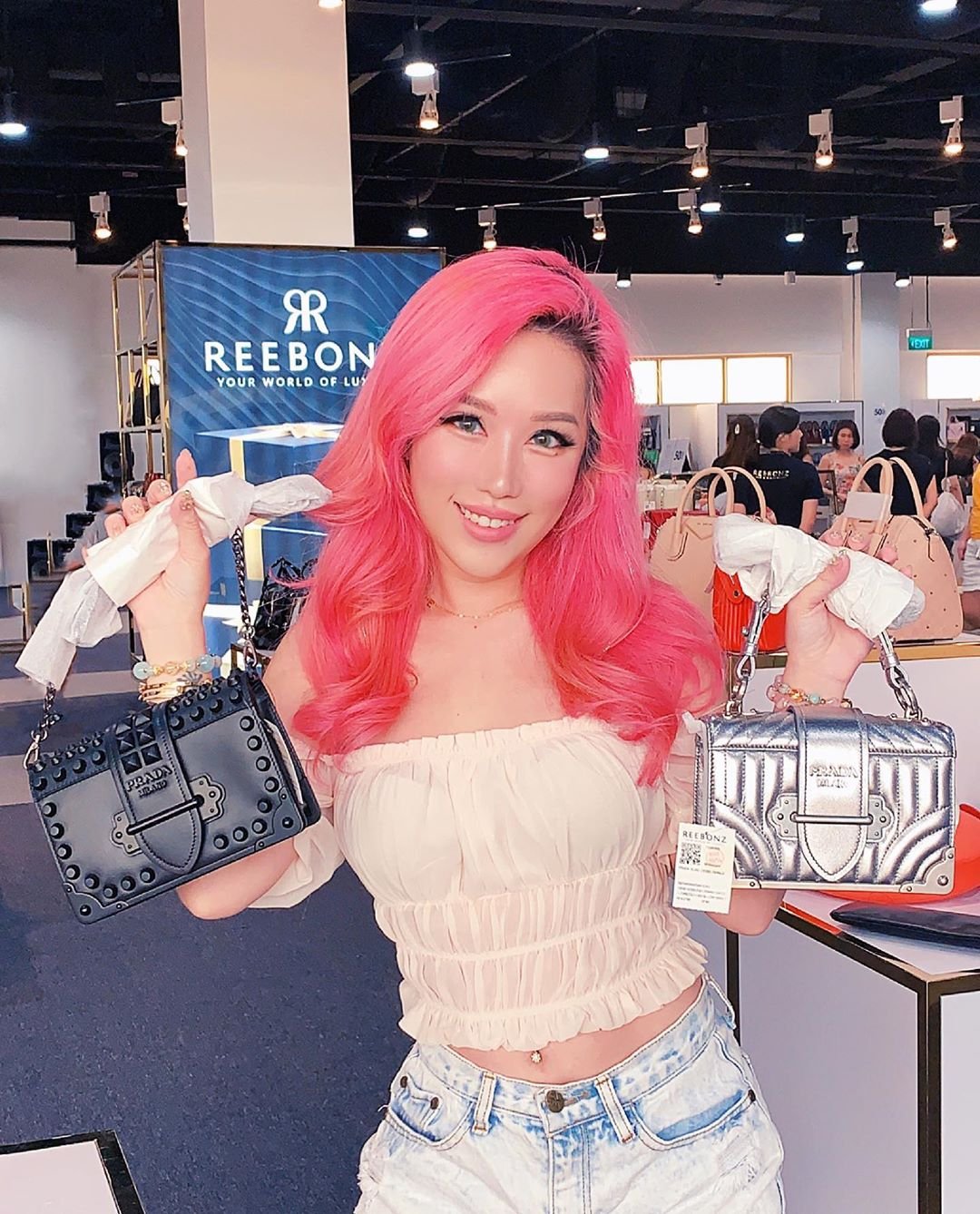 According to Yahoo News, the Singaporean Instagram influencer who goes by xiaxue has been vocal about her support of Donald Trump in the past and seemed to share his sentiments that Thunberg's passion was overly dramatic.

Based on an Instagram story she posted, she seemed to come to the conclusion that Thunberg shouldn't be passionate about a global issue with potentially disastrous consequences for her future. 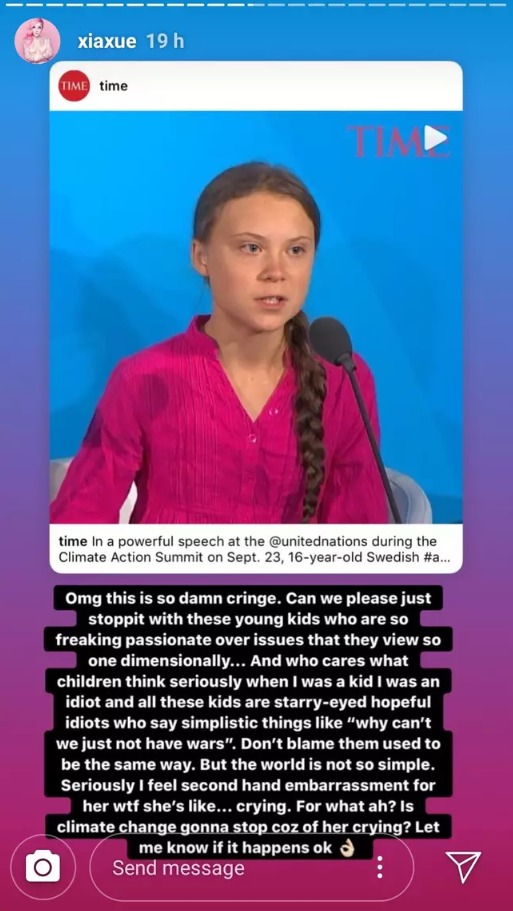 She wanted 30 years of documented climate trends to take precedent over her words, and yet, xiaxue saw fit to call her views "one dimensional." 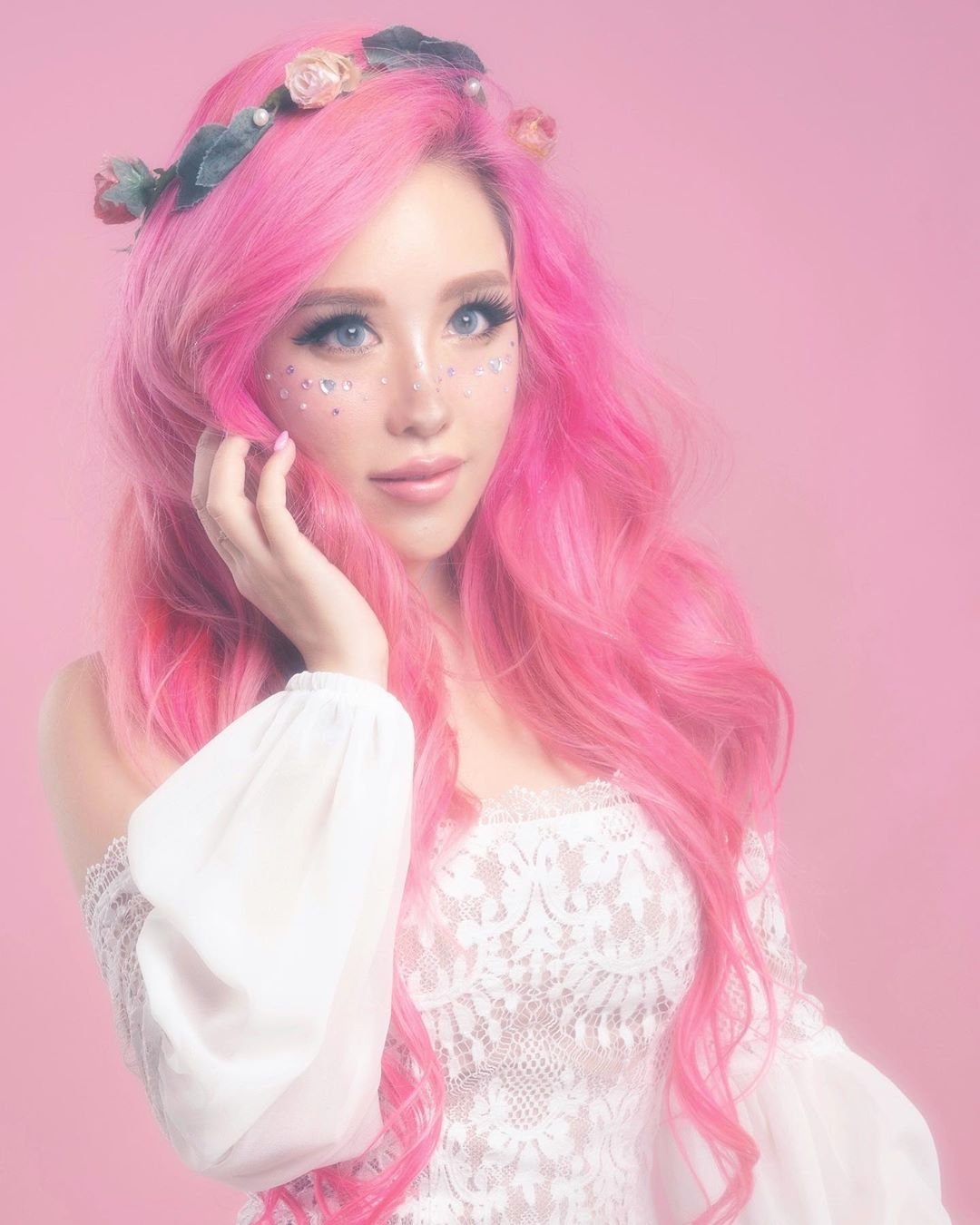 She also seemed to be under the impression that Thunberg thought her tears would stop climate change or that her own childhood views preclude any other child from showing maturity or ambition for making a positive change in the world.

When responses to xiaxue's take turned out less than positive, she posted an additional story doubling down on it. 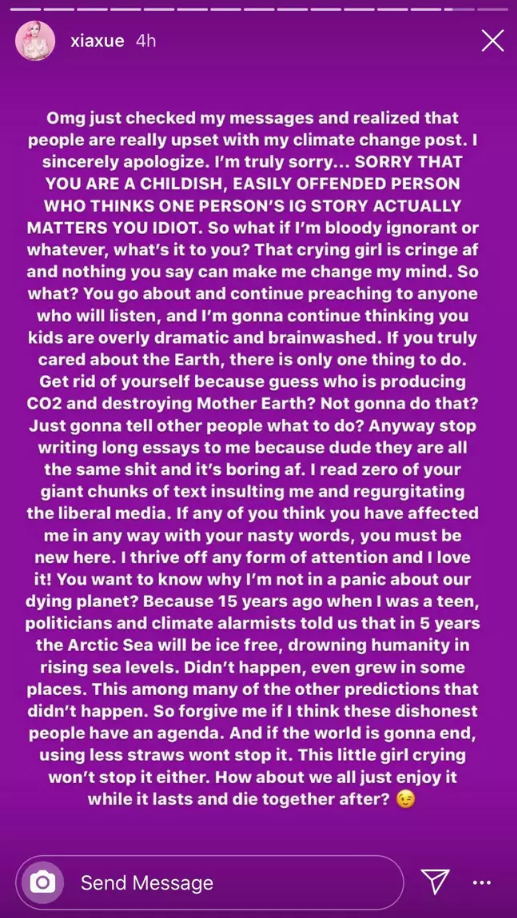 In it, she apparently goes from saying people are dumb for assigning any value to her opinion to worryingly presenting suicide as a climate change solution.

She also based her disbelief of climate change on statements that Al Gore made in the late 2000s, which were selectively cherry picked from the National Oceanic and Atmospheric Association and Dr. Wieslaw Maslowski.

The latter said Gore interpreted an exact prediction for the total melting of the polar ice caps when he hadn't offered one, while the NOAA also made no such prediction and said the recorded sea ice at the time was the lowest in history.

Who has a "one-dimensional" view of climate change again?

Since xiaxue made her initial statements in the form of stories, they are no longer visible on her Instagram page. 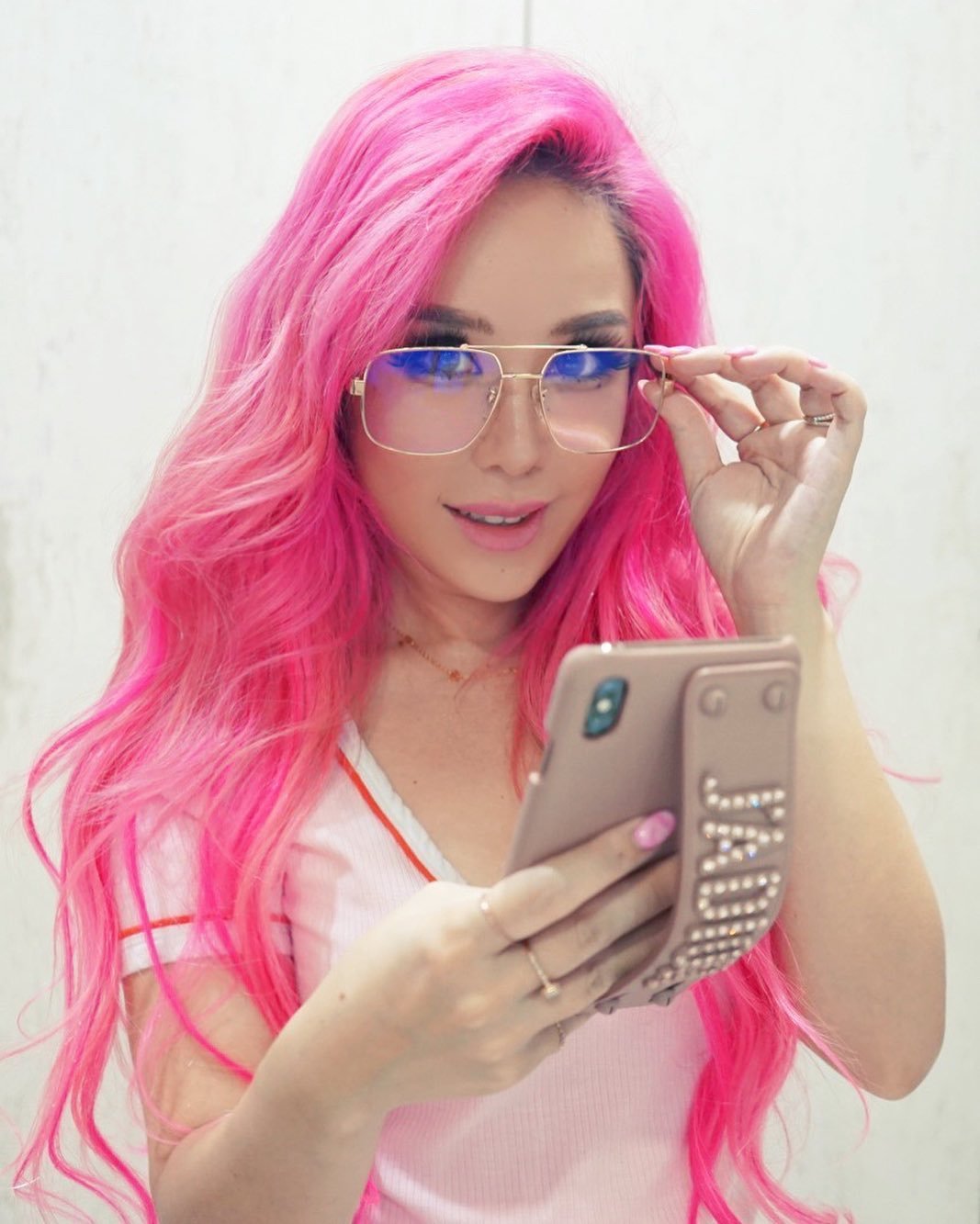 However, that apparently hasn't stopped enough people from seeing them, considering that each of her posts now features negative comments about the way she addressed Thunberg's speech.

In particular, negative comments were focused on her most recent post at the time, which featured her holding a baby. 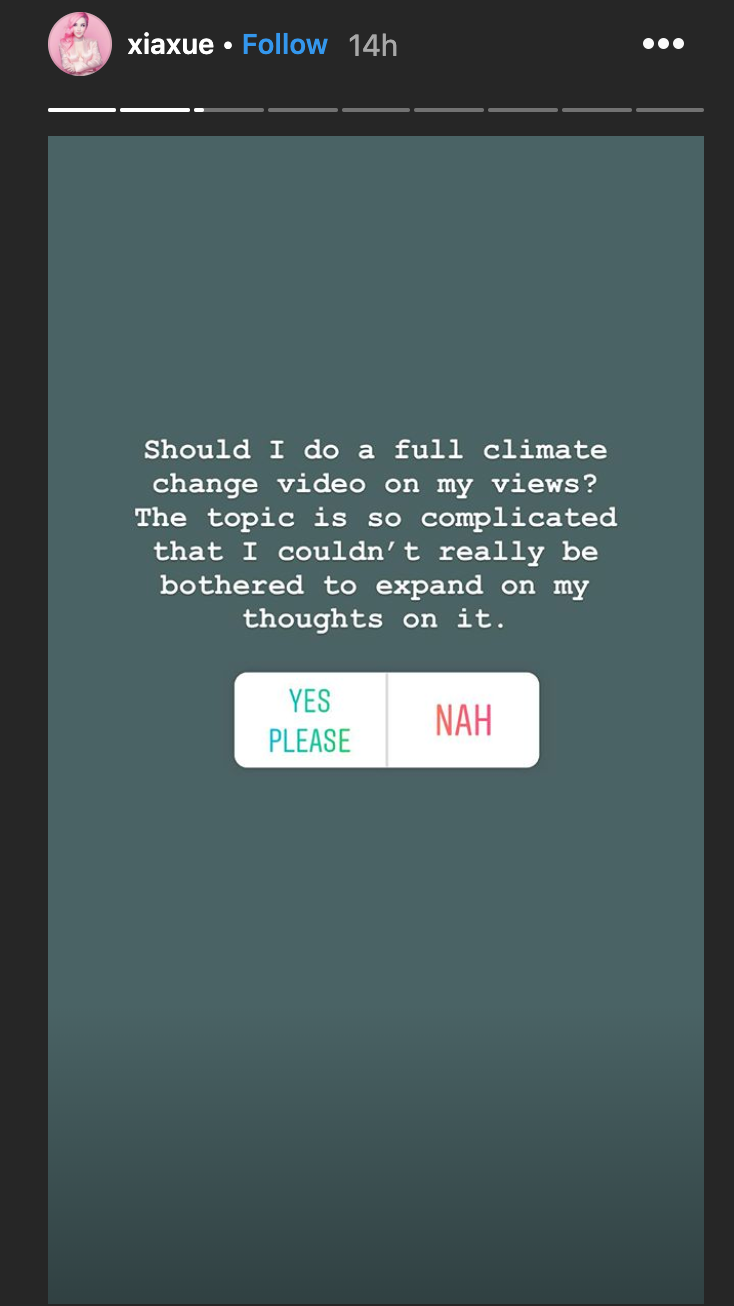 Let me make this clear: no matter how much you disagree with a person, it's not okay to attack innocent people that happened to be in the same picture. Especially when that other person being targeted is a baby.

At the time of this writing, she has a poll in her stories asking if her audience wants a whole video about her climate change views, so this whole thing may not be blowing over any time soon.