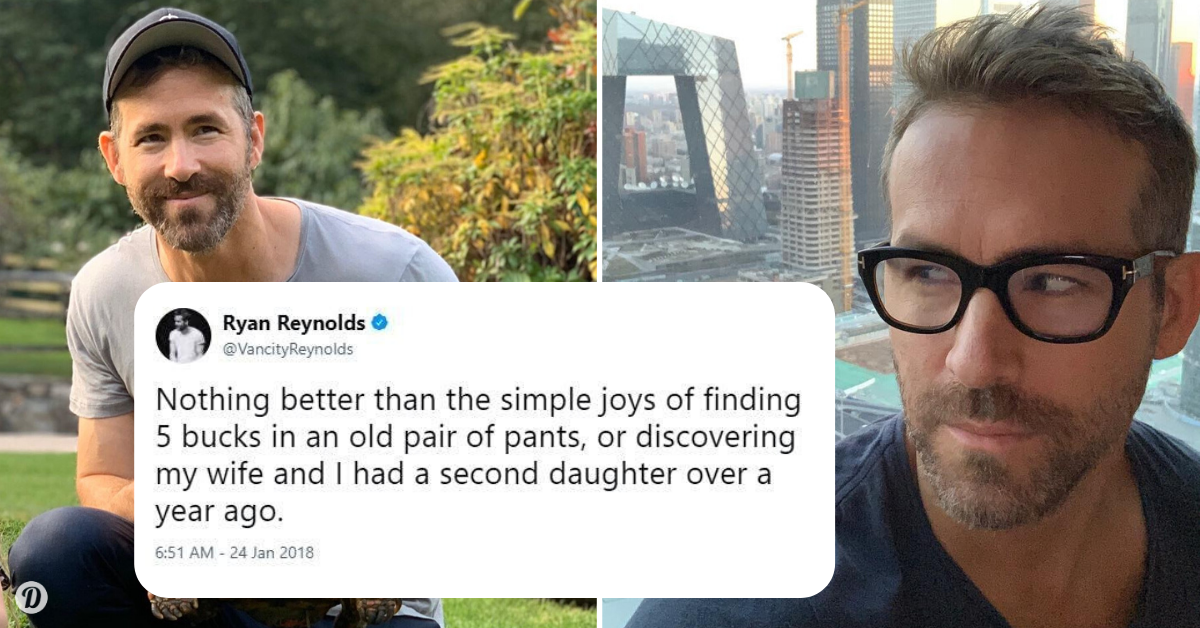 Hollywood's funniest dad, Ryan Reynolds, is all about tickling our funny bone, and sometimes, he does it at the expense of his daughters, James and Ines.

More than once, he's taken to social media to describe his parenting tactics, and he always has us in stitches.

1. Remember the time he took a trip to the happiest place on earth and left his little ones at home?

It would have been even worse if he brought her home the stick from his cotton candy.

Literal salt in the wound.

2. We've learned that his daughter is actually super savage.

Okay, now we're a little scared. Ryan, maybe you and Blake need to keep all the sharp objects in the house locked up. You know, just in case she comes unhinged one day.

3. He let us in on a dirty little secret that we hope Blake totally missed.

You have to take special care of the secret family, Ryan. Otherwise, they're going to show up on your doorstep, and your real family will have questions.

4. Thankfully, he warned us about the dangers of letting Siri read out your texts.

I never, ever trust her to read mine if I'm in the car with someone. Next thing you know, my mom is going to hear my bestie call me something unforgivable and R-rated.

We don't really blame him. Honestly, we would do the same if someone was trying to shower us with love and affection.

6. The fun times he has with his kids at the beach sound incredibly sweet and also terrifying.

She probably could have dug herself out, right? Pssshhh, she would have been fine.

7. He also takes to Instagram to put a sadistic twist on how to ruin Santa for your kids. 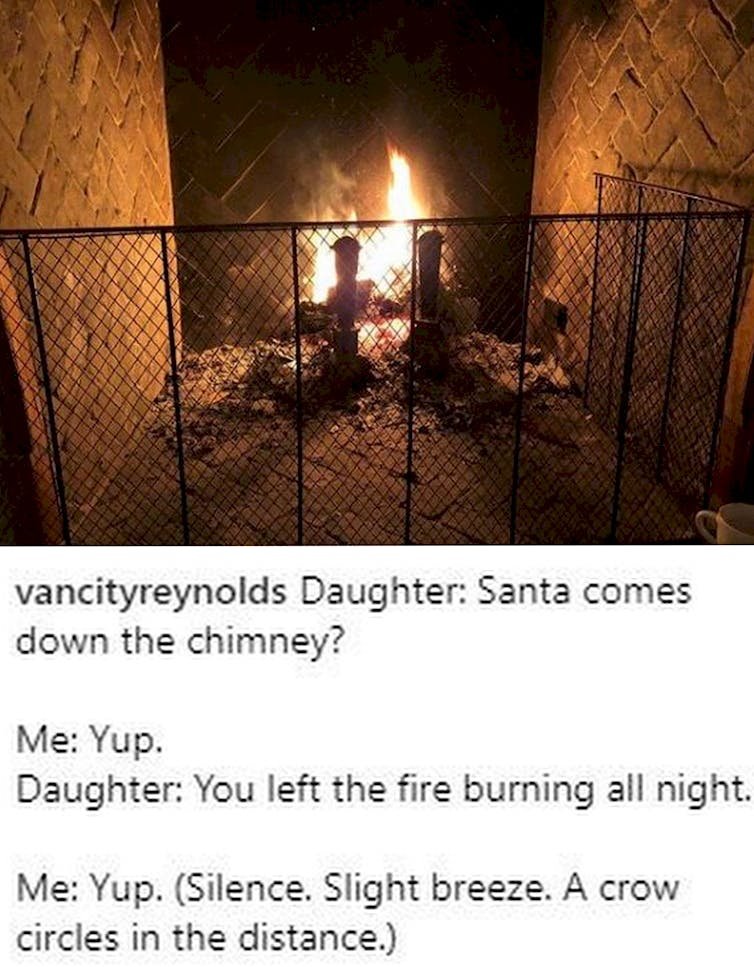 Ryan's daughter hasn't stopped believing in Santa, but she now believes that her father is out to destroy her childhood.

8. He has, in the past, misunderstood the purpose of a dating app.

But I would be way more excited to babysit some cute kids than to go on a first date that ends up being a nightmare. #SorryNotSorry

9. Ryan, I am going to suggest that you and your wife make an appointment with a top-notch pediatrician because that is not supposed to happen.

It would make for an epic video, though. Next time, get your phone out.

10. The way he tortures his child is all kinds of genius, so excuse us while we write some of these tips and tricks down.

I'm all about reminding my future children that I am their everything and they shouldn't forget it.

11. Ryan gets real with his daughter about how he's lost his freedom and possibly his will to live.

It's okay, Ryan. Things will get better when your daughters grow up and start dating. Also, it's Opposite Day.

12. Ryan isn't shy to admit that the best years of his life were B.C. (Before Children).

I'm going to go out on a limb and say that there are many parents out there who would say the same thing, my own included.

13. The time he just remembered that he had a second baby...a year ago.

Those moments are always the best. It's like, "Yes! Free baby! Now I can drive in the carpool lane!"

14. Some of the activities he signs his kids up for are a little too "Hollywood" for our taste. Maybe we should stick with classic gymnastics, hmmm?

At least his kids will know how to defend themselves.

15. When he expressed that there are limits when it comes to saving his child from danger.

We all have our breaking points, and for Ryan, the buck stops when even one of his luscious locks is going to be out of place.

16. Kids grow up so fast, and it gets harder and harder to leave them.

This is especially the case when you're dropping your baby off in the desert at Burning Man.

SHARE if you hope he releases a book full of his hilarious, sage advice.