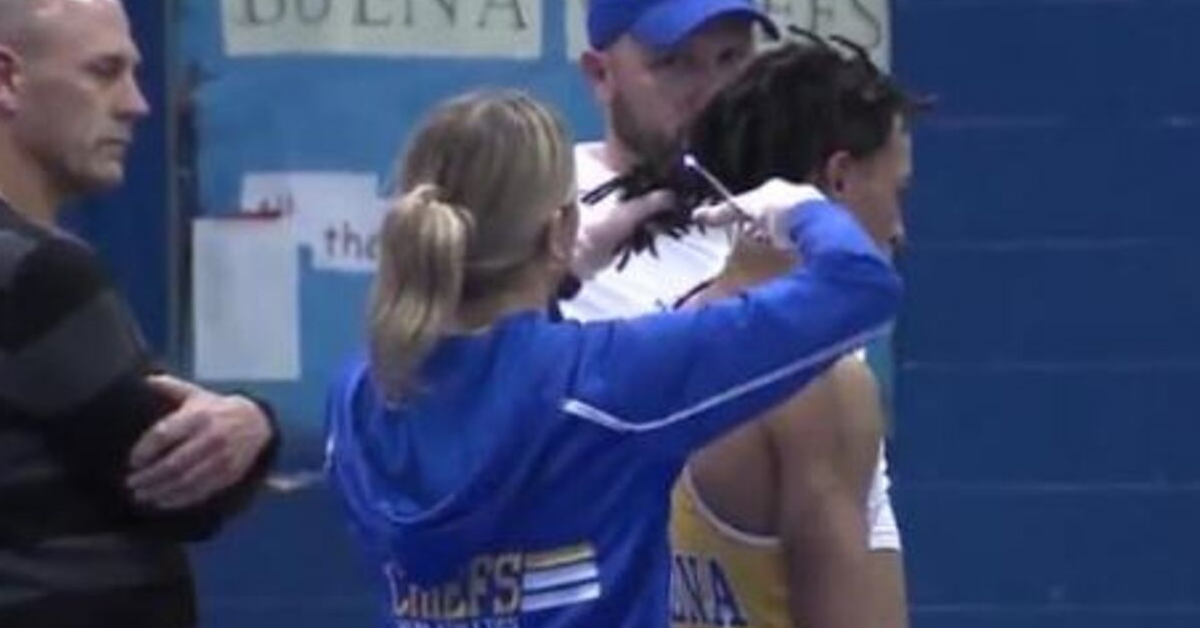 A New Jersey referee who forced a varsity wrestler to cut his dreadlocks during a match has been suspended for two years, CNN reported.

In December 2018, Burna Regional High School athlete Andrew Johnson was pressured into having his hair snipped in the middle of a wrestling match. If he refused, he would have had to forfeit. 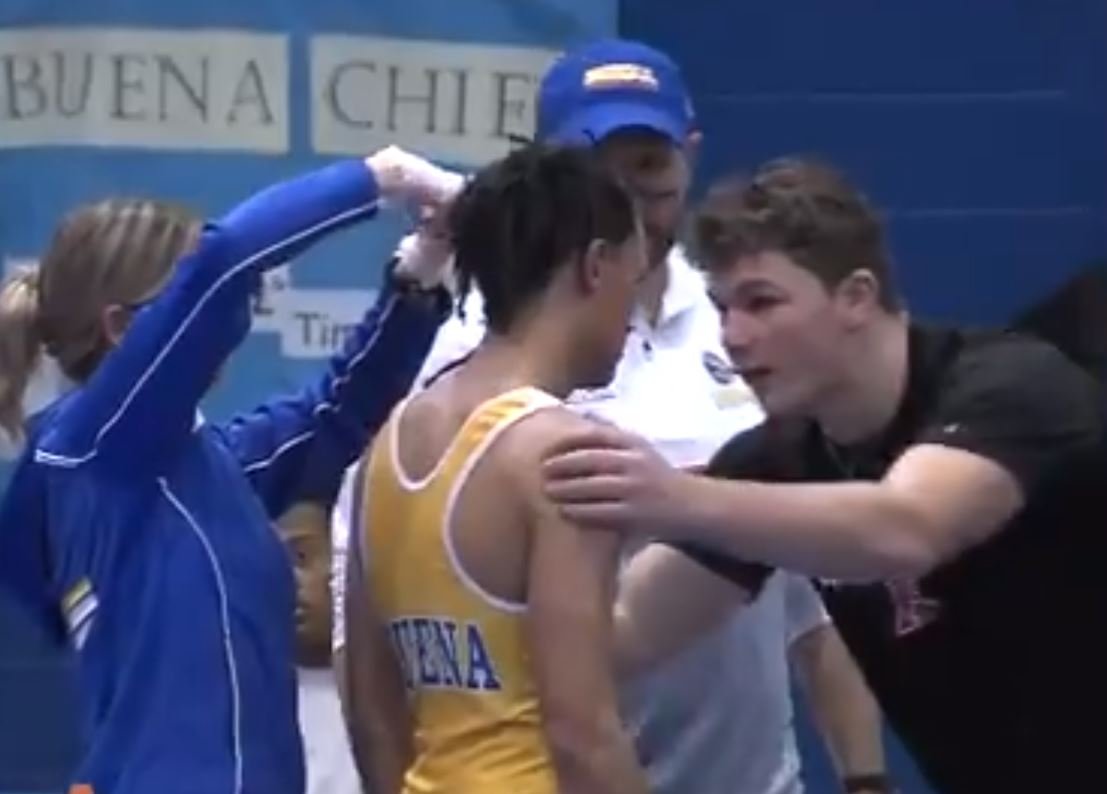 Previously, 16-year-old Johnson had been allowed to wrestle with a hair covering, but Maloney refused to let him wear a cover over his dreads, insisting he must cut the locks or forfeit the match.

Johnson had a less than desirable choice to make, but he had no intention of forfeiting. 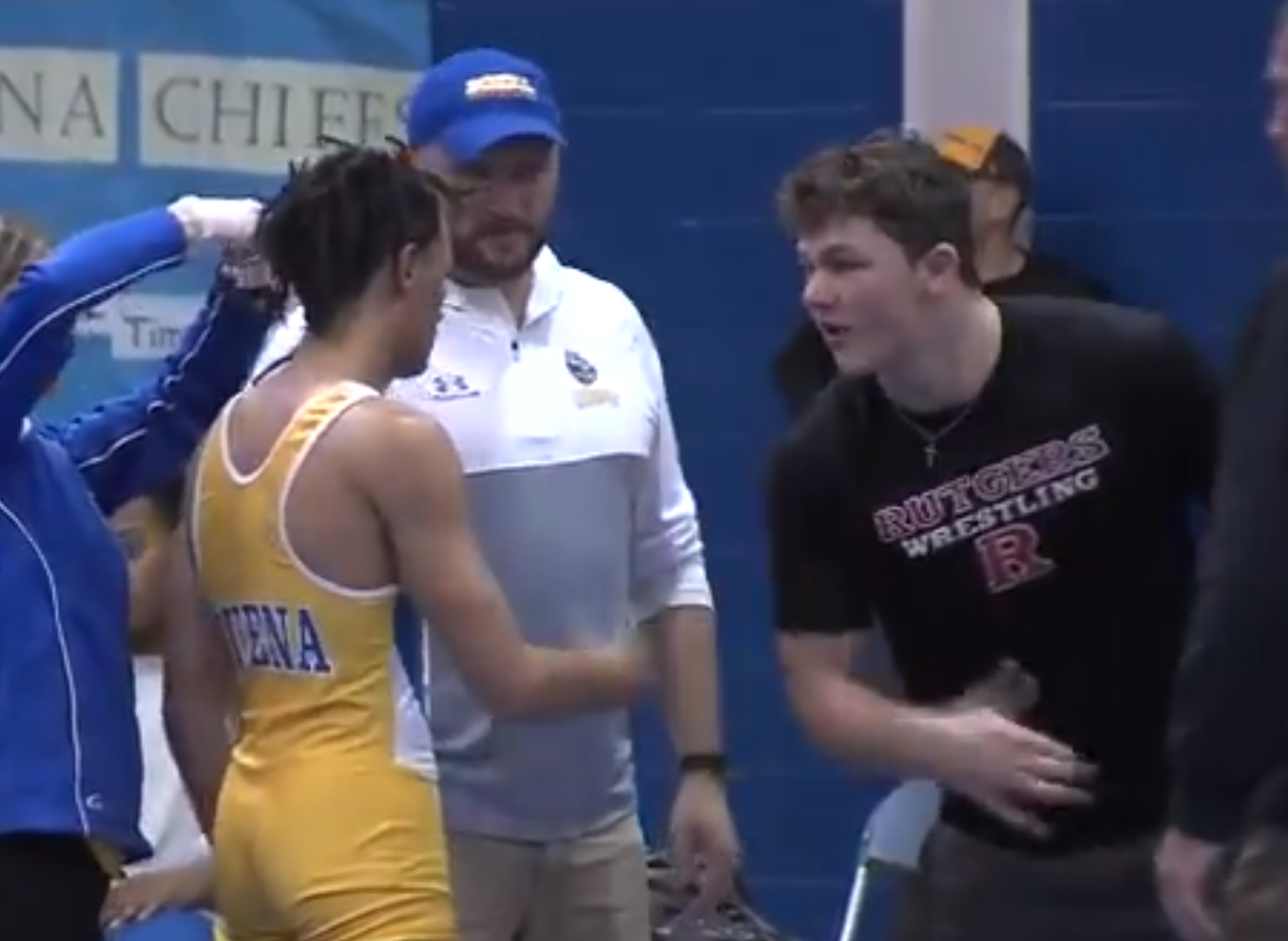 So he allowed for a pair of scissors to be taken to his hair. He would go on to win the match by sudden victory in overtime.

The controversial incident was caught on video and went viral, amassing over 15 million views sparking outrage from the public.

Many have accused the referee of racial discrimination, as Johnson identifies as mixed-race while Maloney is white.

For these critics, Johnson's facial expression at the end of the match spoke volumes. 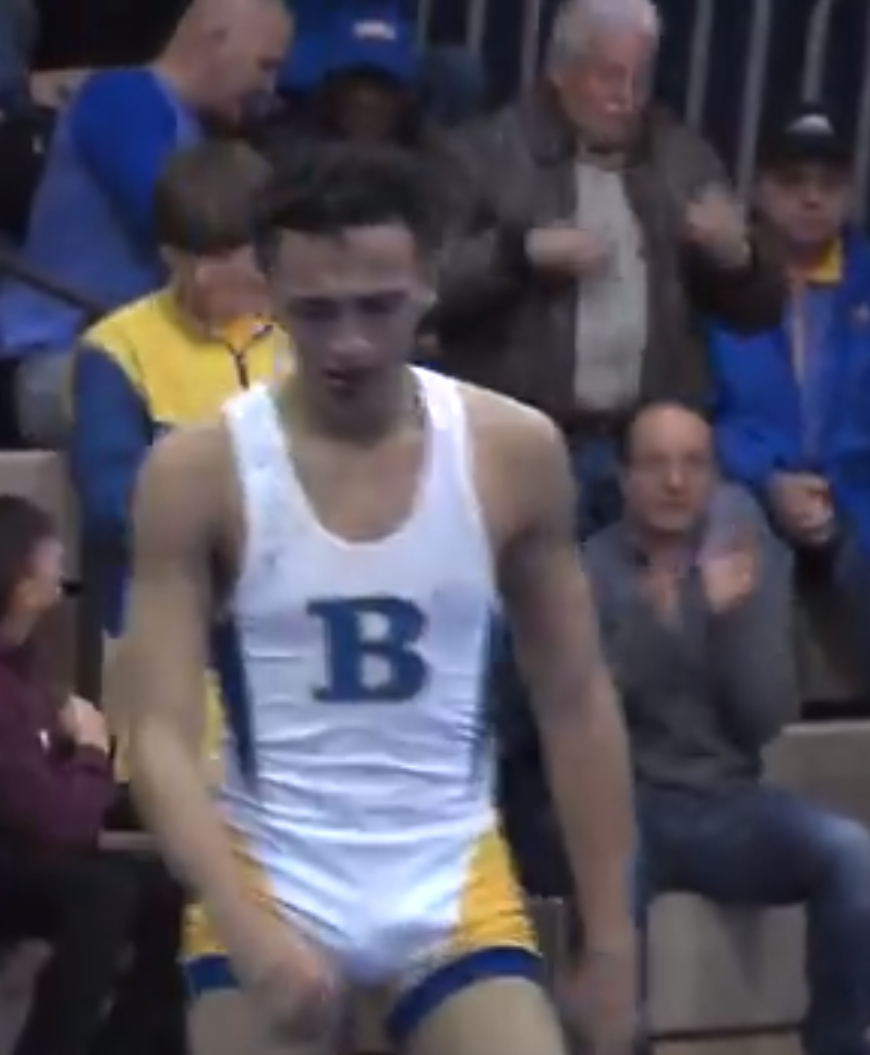 "Poor baby won and looks defeated all at the same time," one Twitter user wrote. "This is so wrong."

Another chimed in, "Because he was forced to remove part of himself."

Gold medal Olympian and champion wrestler Jordan Burroughs spoke out against the injustice.

In an eight-part Twitter thread, Burroughs expressed his outrage at the incident, beginning by commending the teen for "stepping up, and being selfless, cutting his hair, and getting the final take down in over time to win his match and help his team secure the dual victory."

While he commended Johnson's heroism, he slammed the adults present at the match for standing idly by while the teen had his hair cut on the mat.

"The parents and coaches of the Buena wrestling team should have intervened," he wrote. "This young man should have been protected in this moment."

Burroughs also went on to explain why Johnson looked so somber when it was all over. 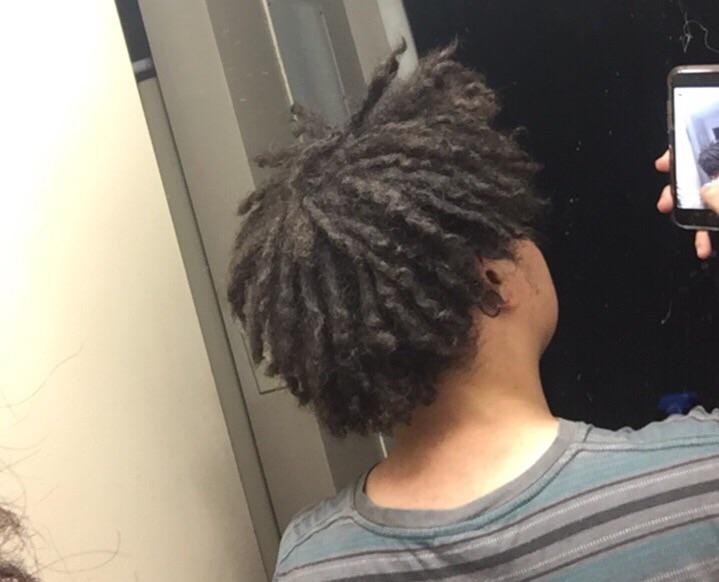 As he said, "I'm sure his hair was a strong part of his identity, and no single victory is worth succumbing to the pressure of unjust oppression and the unwarranted stripping of that identity."

A civil rights investigation was opened in response to the incident, which has now ultimately led to the referee, Maloney, being suspended for two years. 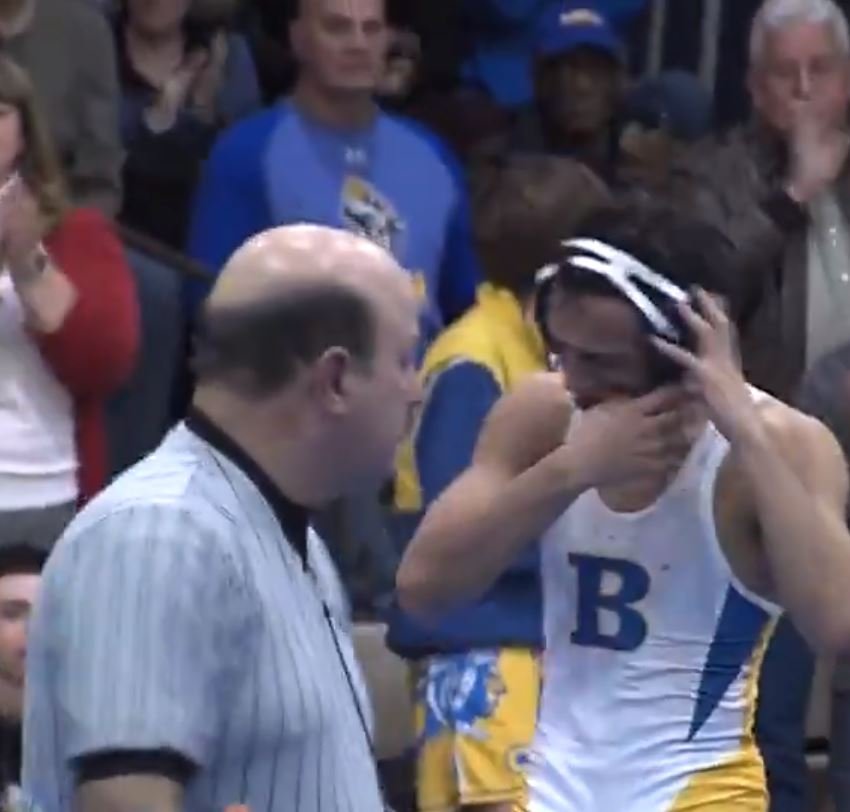 The suspension was agreed upon between the Division of Civil Rights and the New Jersey State Interscholastic Athlete Association (NJSIAA).

The agreement also requires officials receive implicit bias training, as well as any staff involved in high school athletics across the state. 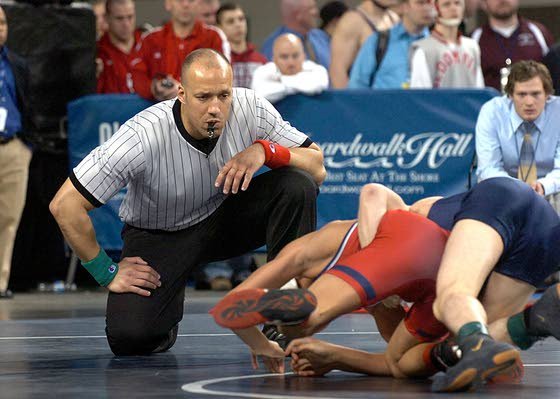 "This is vindication," Johnson's attorney Dominic Speziali told The Philadelphia Inquirer. "This entire incident happened based on nothing he did wrong."

For the rest of the season, Johnson competed without a hair covering after officials clarified the rule was in regards to length, not style. 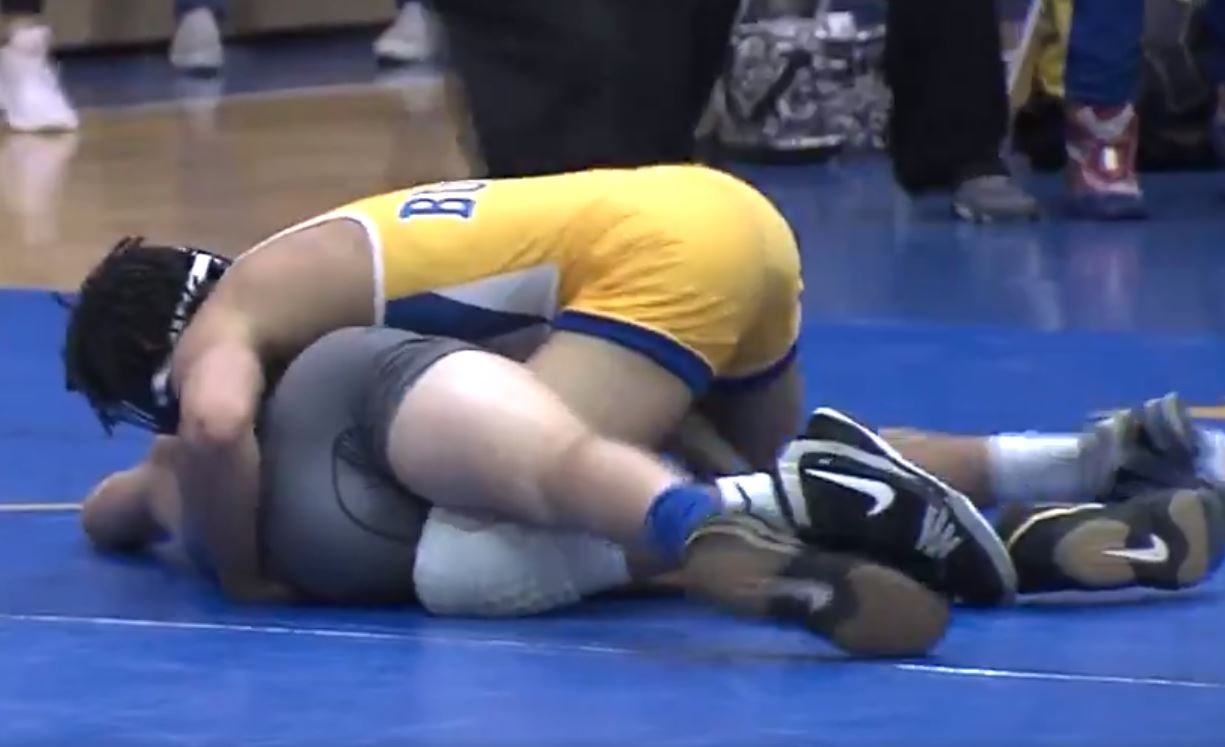 "We are confident that those changes, together with the training programs NJSIAA will be developing in collaboration with [the civil rights division] will ensure that a situation like this does not happen in the future."