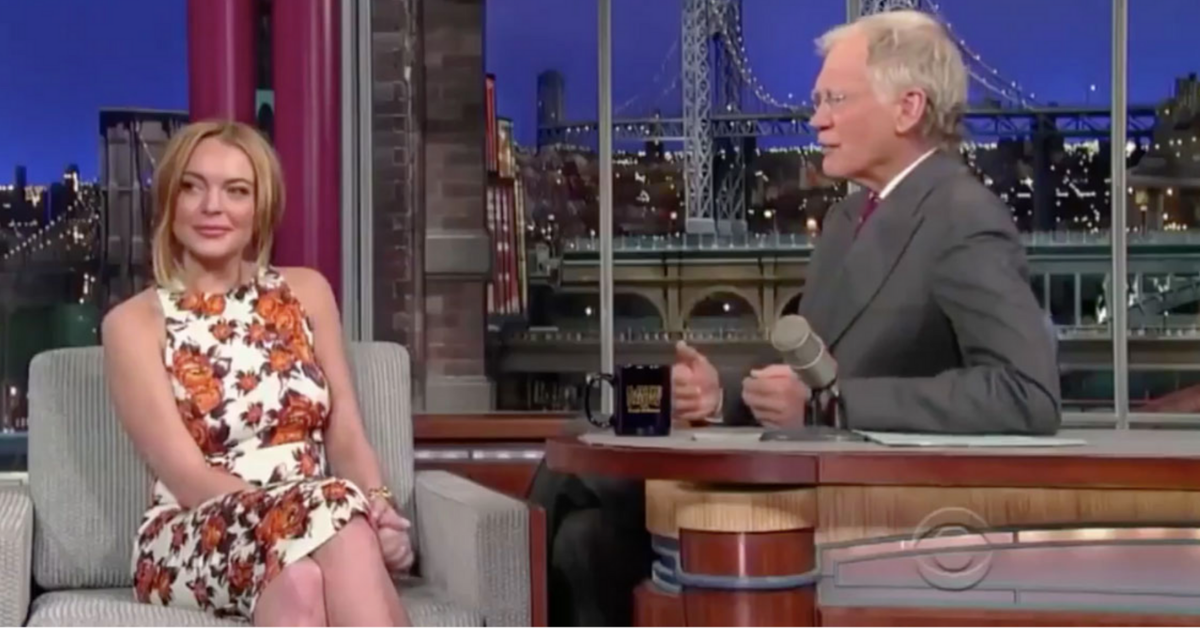 In light of the new New York Times documentary, Framing Britney Spears, social media has been taking a closer look at how young women in Hollywood have been treated by the media.

Unfortunately, fans don't have to look hard to find problematic and nearly unwatchable interviews from the past few decades.

As you may have seen on social media, Diane Sawyer's Britney Spears interview from 2003 is facing a lot of criticism.

The CBS special, which took place when Britney was just 21-years-old, was filled with accusatory statements from the journalist.

The interview contains many moments that fans believe unfair to Britney.

This includes Diane blaming Britney for her very public breakup with Justin Timberlake, stating, "You broke his heart, you did something that caused him so much pain, so much suffering. What did you do?”

Diane also defended the first lady of Maryland at the time, Kendel Ehrlich, who said she would shoot Britney if she had a chance.

Diane was discussing the comments made by then-First Lady of Maryland, Kendel Ehrlich, who stated at an anti-violence rally, "Really, if I had the opportunity to shoot Britney Spears, I think I would."

Diane read this comment to Britney and then seemingly justified the remark.

"It’s because of the example for kids and how hard it is to be a parent," Diane said.

"I'm not here to babysit her kids," Britney responded.

The interview took place in 2013 when the actress was going through a public struggle with substance abuse.

"Aren't you supposed to be in rehab?" he asked, while the audience laughed.

Instead of offering a sympathetic ear, David proceeds to mock Lindsay.

"What are they rehab-ing? What is on their list? What are they going to work on when you walk through the door?" he asked.

"This wasn't in the pre-interview," Lindsay replied, visibly uncomfortable.

"No, I think, to be honest, I’m the happiest when I’m working and the healthiest, and I think this an opportunity for me to, you know, focus on what I love in life. And I don’t think it’s a bad thing. I think it’s a blessing…and not a curse," she added.

David continued, asking, "Yeah, I’m sorry. Is it, like, alcohol? Do you drink too much?"

Lindsay replied, "We’ve discussed this in the past."

"Did we really?" he replied. "When did we discuss — now I’m the one who’s having the blackouts…I oughta be at rehab."

Lindsay, looking visibly uncomfortable, tried to shut down the questioning.

"You can’t make a joke of it, that’s so mean. You can’t do that, it’s my show now," she said, taking his interview notes out of his hand.

After a beat, Lindsay starts crying.

Naturally, mocking a young woman who has had the Hollywood spotlight on her since she was a child isn't a good look.

"That poor girl. Letterman is awful. Imagine being led to believe you're going on national TV to promote your new movie, only to have the host relentlessly hound you about issues," commented one YouTube user.

"He was being such a jerk to her, but she remained so calm and patient. I hope she'll always stay healthy and happy. She deserves all the best," agreed another.

Did you find the interview hard to watch? Let us know in the comments below!