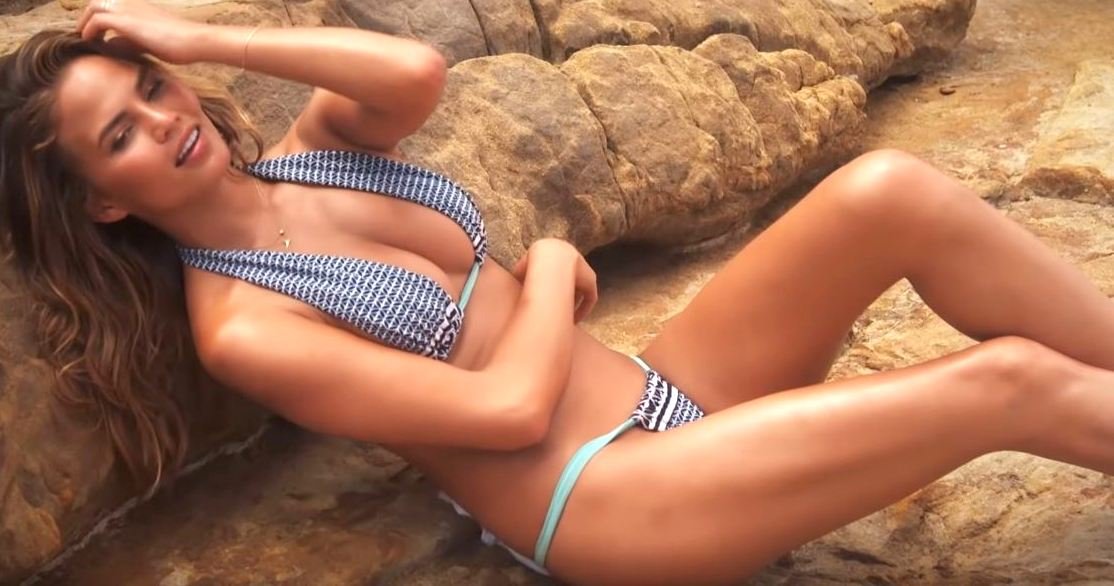 Fans are noticing that it looks like Chrissy Teigen and John Legend's daughter, Luna, is already taking after her mother — looking like a miniature model, and it's adorable.

Chrissy Teigen gets mom-shamed and criticized over practically every little thing she does on social media.

She can hardly catch a break.

Like the time she got dragged for the sun being in her son's eyes. 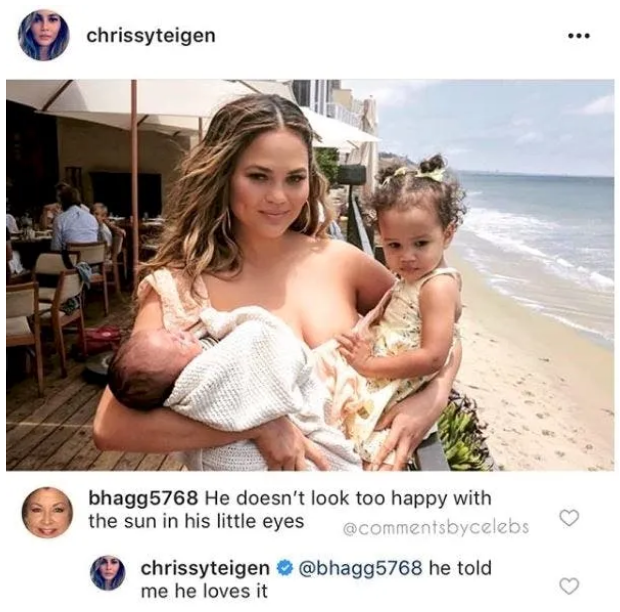 It's a good thing his eyes are closed, by the looks of it.

But either way, Chrissy made sure to hilariously clap back.

The time fans lost their minds over Chrissy putting Luna on her lap going down the slide. 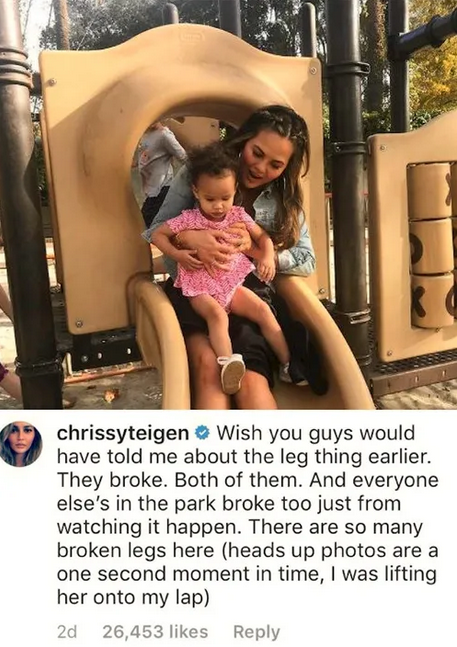 Apparently, there is a better chance of getting a broken leg if your child goes down the slide on someone's lap.

But the good news is Luna is A-Okay.

I don't think Chrissy's three-year-old daughter has Twitter — or can even read for that matter?

So, joke's on the troll!

Or the time somebody had the audacity to criticize a three-year-old's hair-do. 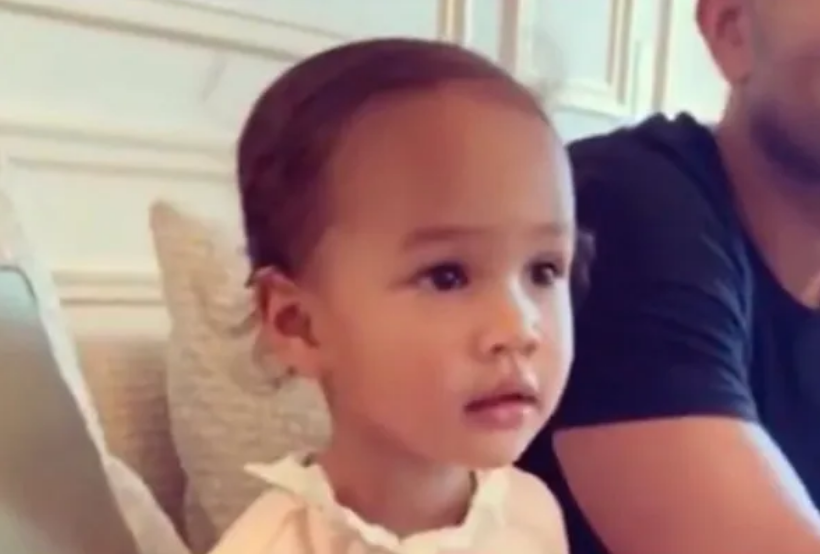 After Chrissy posted this video of Luna on Instagram, a troll chimed in: "Finally someone brushed her hair."

Of course, Chrissy clapped back in the classiest and yet most savage way possible.

"All by herself," Chrissy wrote. "Maybe she can come do your makeup."

So, as you can tell, we sort of expect everything Chrissy does online to be criticized.

It's been the pattern thus far.

While on vacation with her family in Thailand, Chrissy posted a photo of Luna wearing a bathing suit sitting on top of a rock. 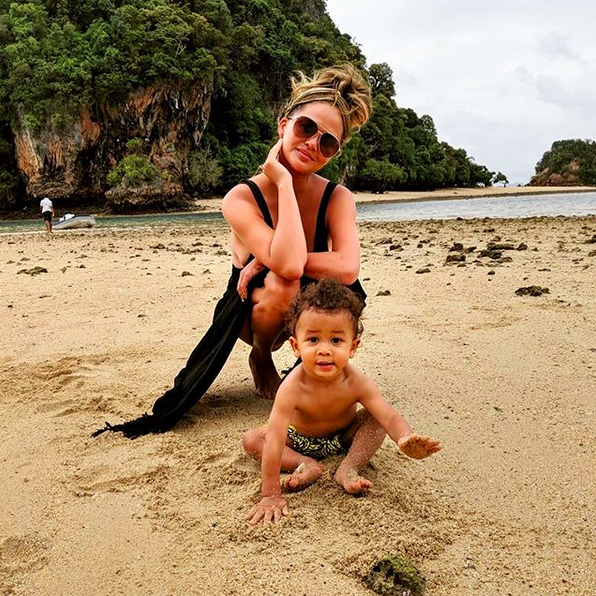 It was adorable and very reminiscent of The Little Mermaid.

The kicker is that she tagged the editor of Sports Illustrated in the caption, and fans were anything but critical. 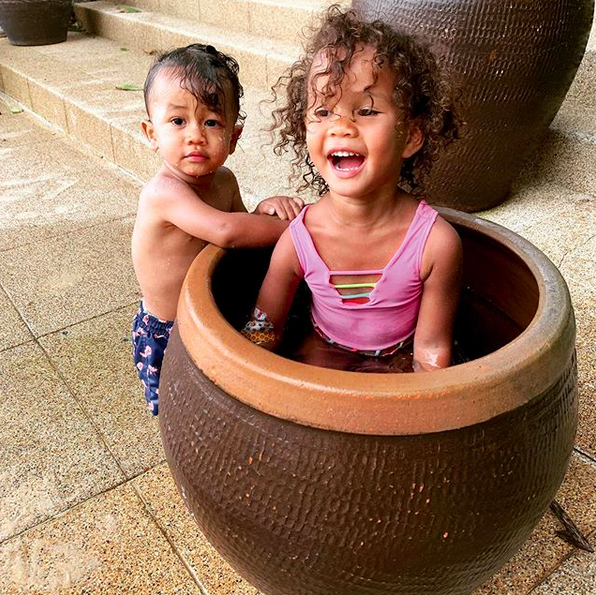 The joke was a hit! Fans thought it was hilarious and tasteful. 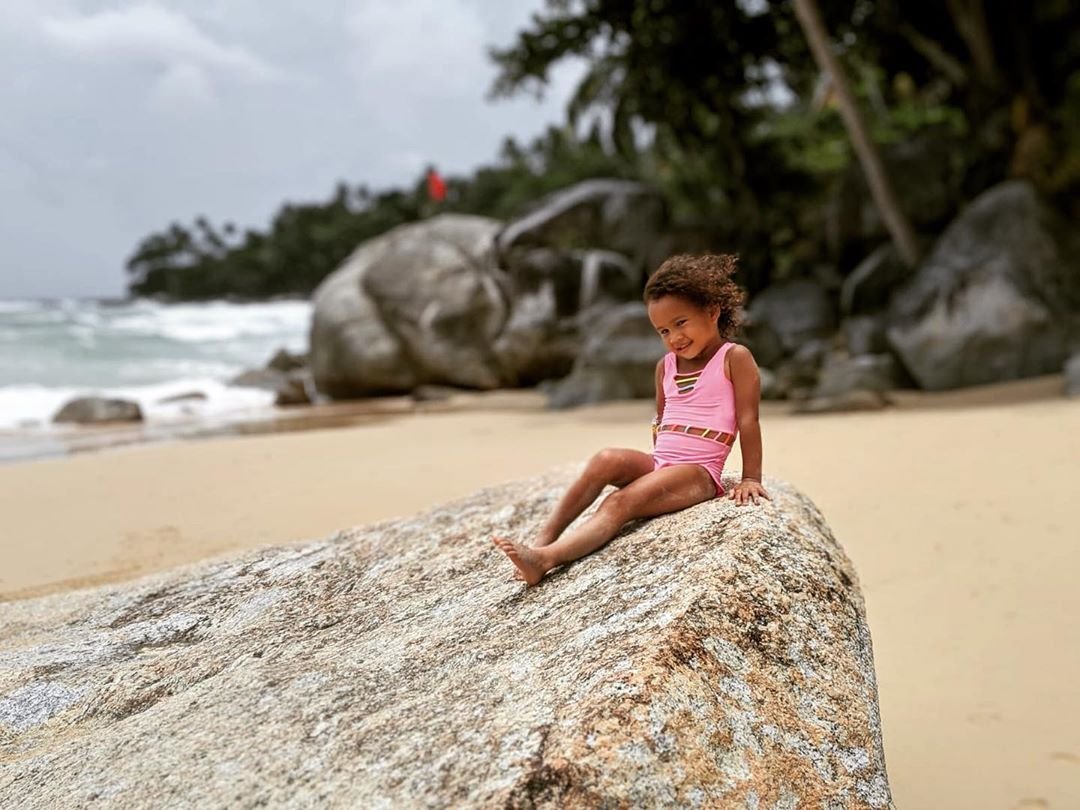 The editor actually responded by commenting:

I think we just got a pretty accurate snapshot of Luna's future.

She should include this in her portfolio when she starts applying for modeling jobs, tbh.

Everybody seems to be in agreement that Luna is most definitely a future Sports Illustrated model.

At just three years old, her successful future is already decided for her.

This fan pointed out that in 10 years, when her career has taken off, she can post a side-by-side 10-years-later photo.

The glow up is going to be real.

Fortunately, Luna was blessed with some fire genes.

So, even if her mama wasn't Chrissy Teigen, I'm sure that she would still become a model, regardless.

I mean, her pose looks so playfyl and effortless. She's already a professional.

Three years old and she's already better at posing for photos than I am.

Chrissy and John have certainly got a future heart-breaker on their hands! Do you think Luna is going to grow up to be a Sports Illustrated model like her mom?