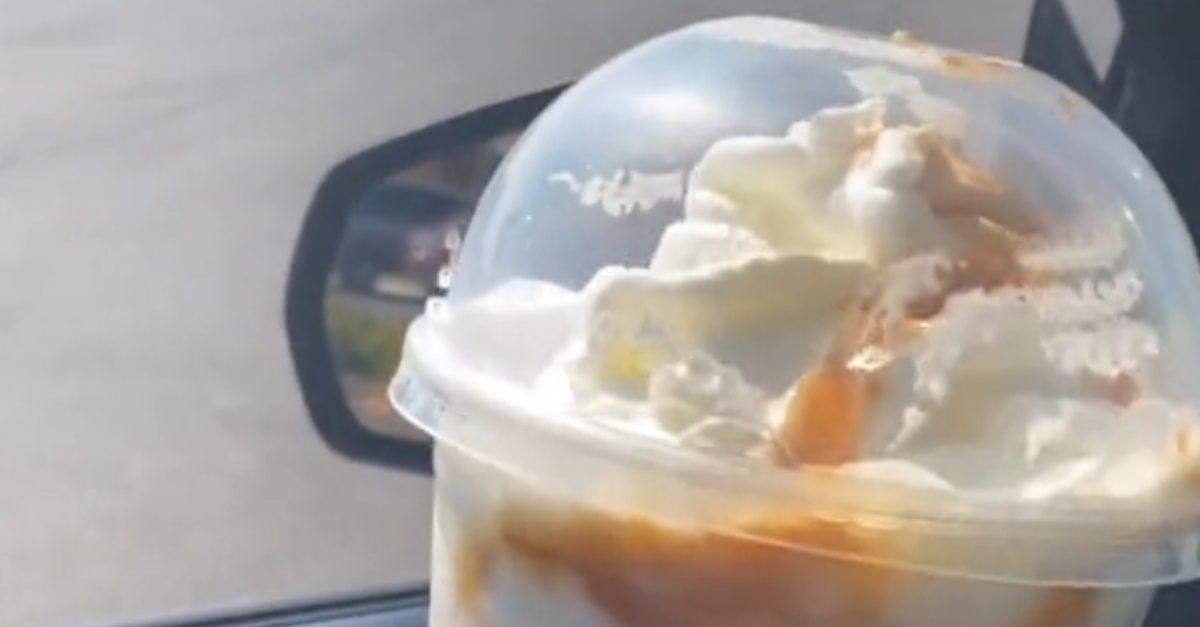 Nothing makes us feel blessed like receiving a generous gift in a time of need and that's especially true when it's coming from someone we've never even met.

And it's all the more beautiful when that surprise inspires someone to spread that spirit of giving beyond that first exchange and pay it forward to others.

But while we tend to hear about grand examples that suddenly brought that inspired person to tears, we can find that smaller examples of this phenomenon are all around us if we look hard enough.

The most common example of this are the "pay it forward" chains that can sometimes see dozens and even hundreds of cars in a drive thru pay for the meals of the people behind them.

But while these chains are well-intentioned and nice to hear about, they aren't always so popular among the workers as they tend to make orders more complicated and easier to mess up.

And as one recent video illustrates, it seems that other customers can have their own problems with them.

On January 8, a man who goes by Mac Tray on TikTok uploaded a video in which he pulled into a Starbucks drive thru while the customers ahead of him had started a pay it forward chain. 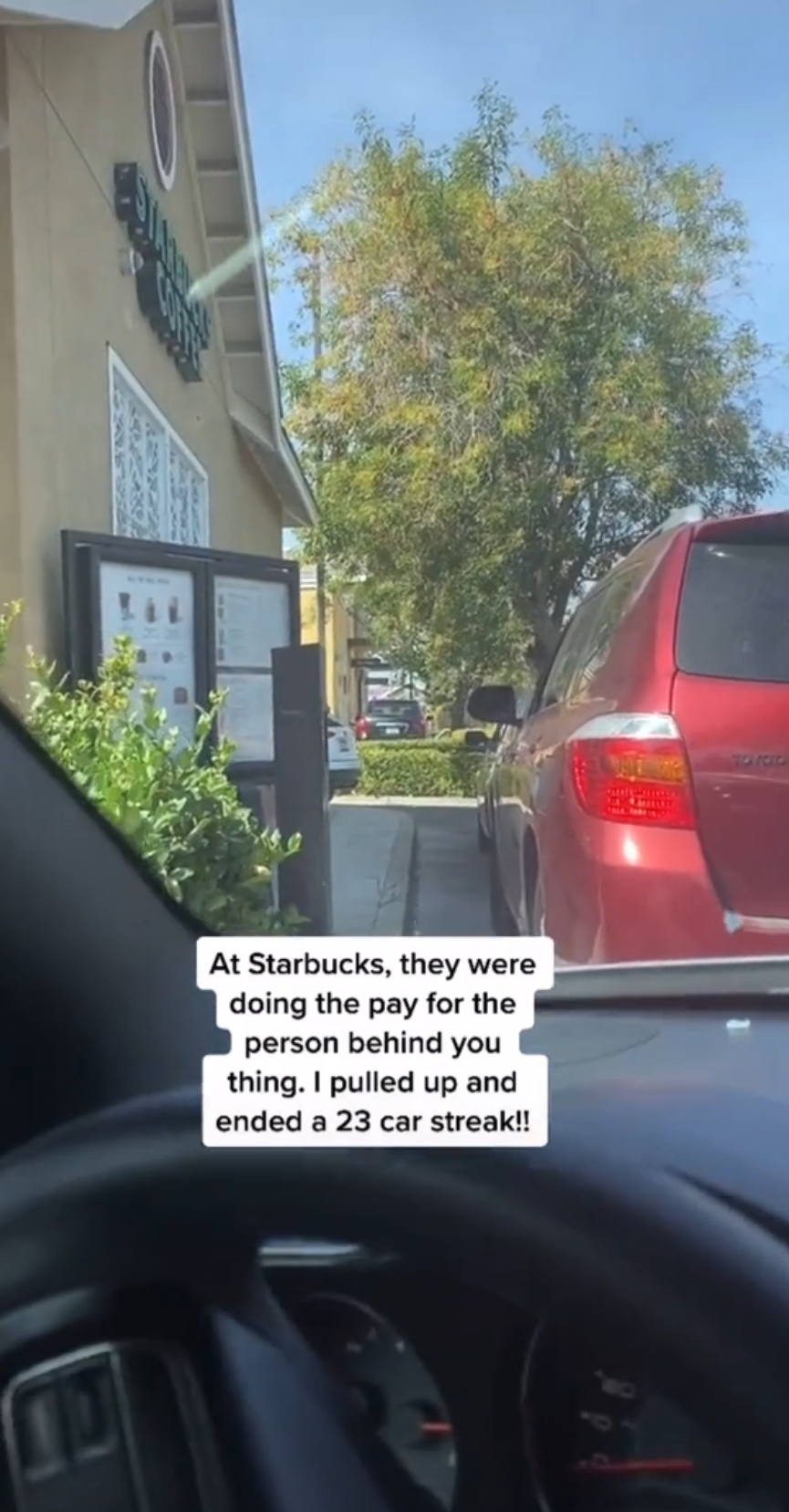 And as we can see, not only was this chain about 23 cars deep by the time he showed up, but he turned out to be the reason why it didn't go any further.

That's not something that people often want to admit, but it also seemed like he hadn't joined the chain just to break it. 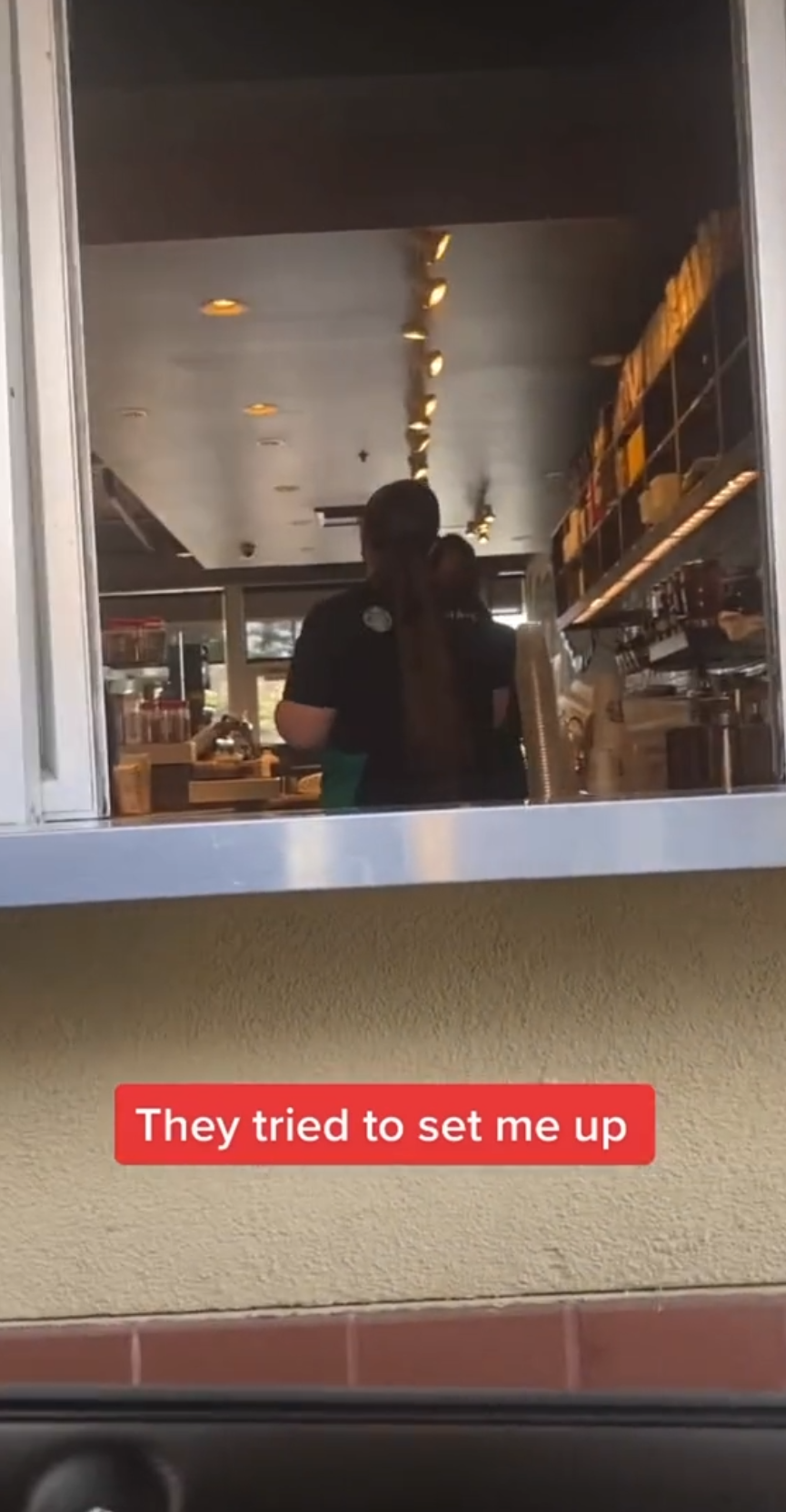 Instead, he claimed that the reason he stopped it was because whoever was in the car behind him sought to abuse the good nature of their fellow customers.

Yeah, he's not suggesting that the workers set him up here, despite what the placement of this caption might suggest.

Since his drink would only cost the person ahead of him $6, he was hardly amused when he found out the next customers had put in a $46 order that he was supposed to pay for. 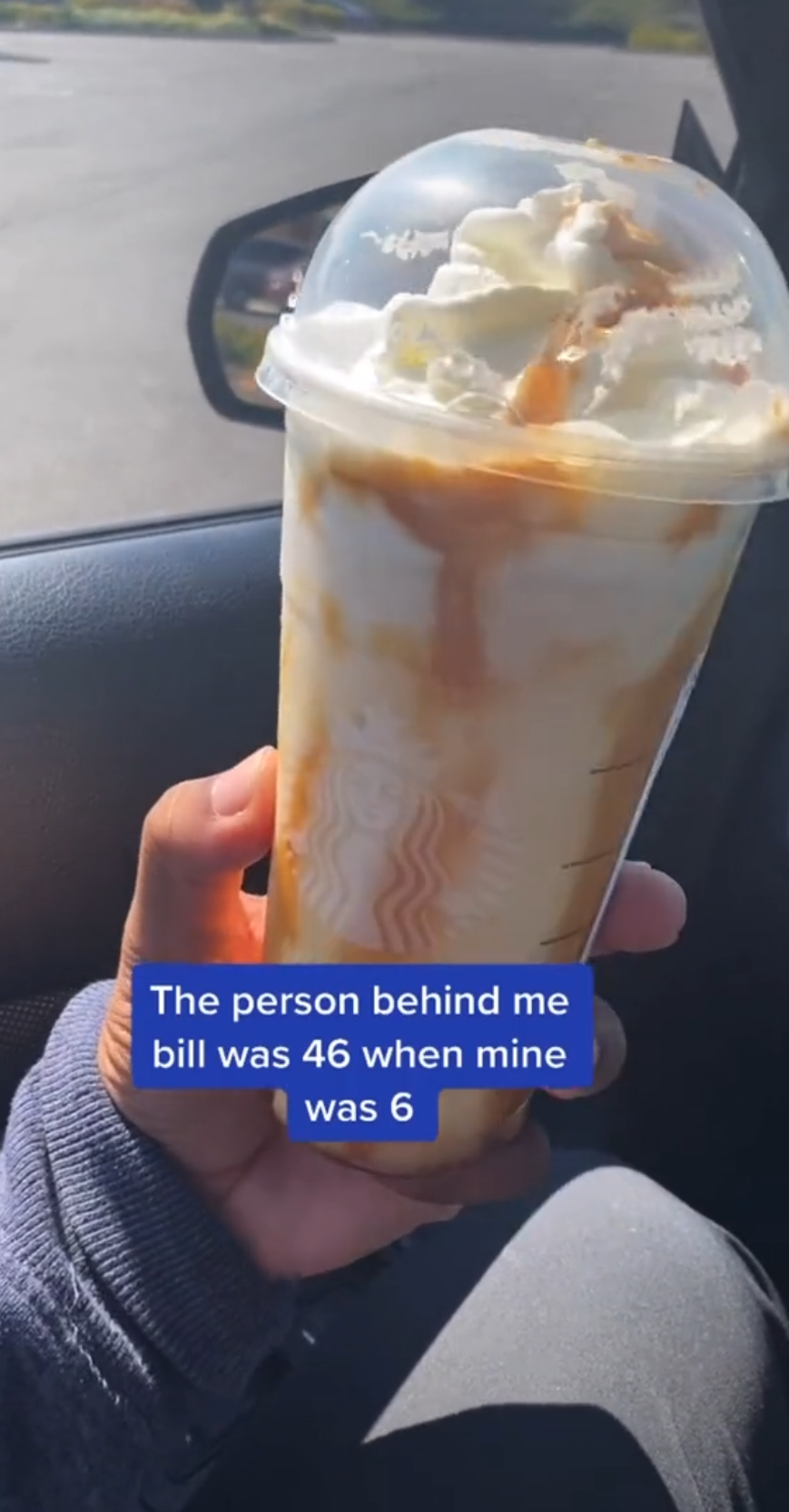 But while this felt unfair enough for him to break the chain, it seems that he also felt conflicted about his decision as his video's description said, "How y’all feel about this am I wrong? What would y’all have done?"

And not only did a significant number of commenters share that they would have done the same, others weren't sold on the idea of a pay-it-forward chain in general.

In the words of one of them, "When it turns into a train of pay it forward, it belittles the first person's gift and makes everyone else give under compulsion instead of goodness."

As a means of compromise, one commenter suggested paying the total from your order forward to the next customer. That way, even if their haul turns out to be more expensive, neither party has to pay all of it so it's still a nice gesture.

Finally, some reiterated that while this isn't a universal feeling, many drive thru employees don't actually like these chains.

As one person recounted, "I had a barista beg me not to keep the chain going bc she said it's too complicated lol."

I guess there's no Heaven on Earth.