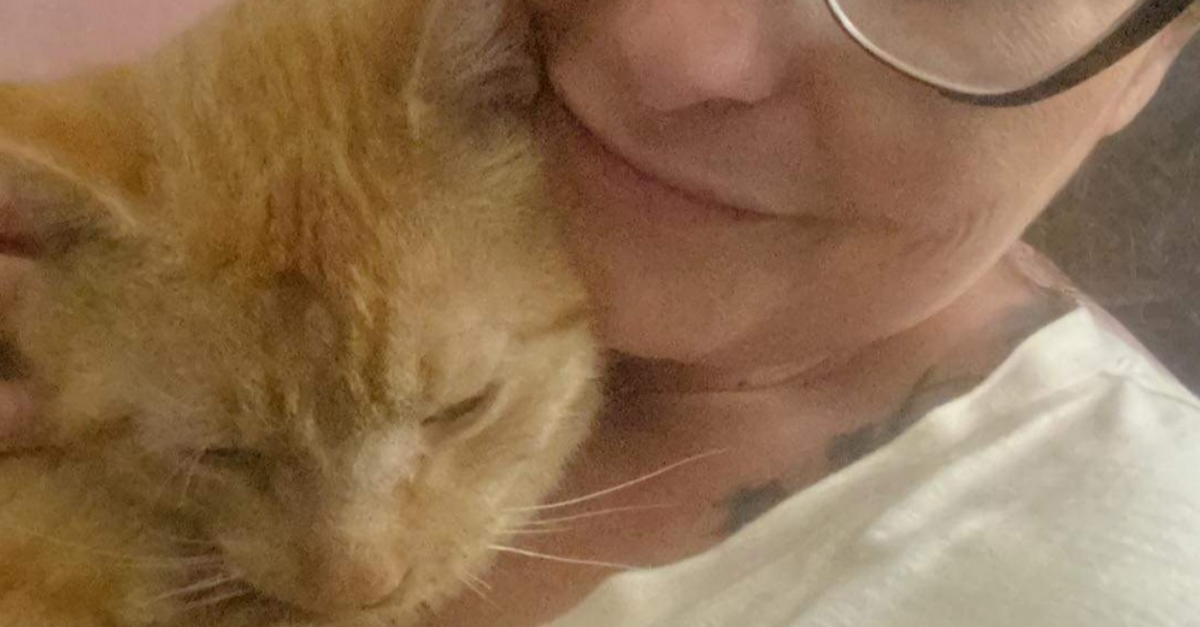 Every so often, we'll hear a story about an animal who overcame a terrible situation in life and not only found their own happiness, but made the lives of others brighter.

And while many people tend to picture dogs in their heads with a setup like that, it's easy to underestimate how loving and strong some cats can be as well.

That was certainly true in the case of one seriously determined feline whose happy ending came after a beginning we wouldn't wish on anyone.

Before Apollo the ginger tabby got his name, he was struck by a car in Danville, Virginia on December 16. 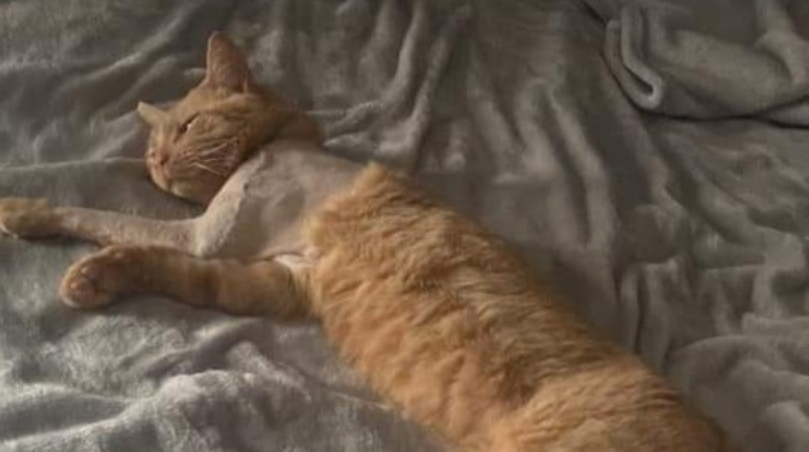 According to People, this experience left the cat with a broken leg, a broken jaw, and some serious infections.

But while it would be very hard not to feel helpless after an experience like that, he didn't let it stop him.

Instead, Apollo kept crawling and hobbling forward until he reached the home of Fallon Phillips, who was tipped off to his presence by her two barking dogs. 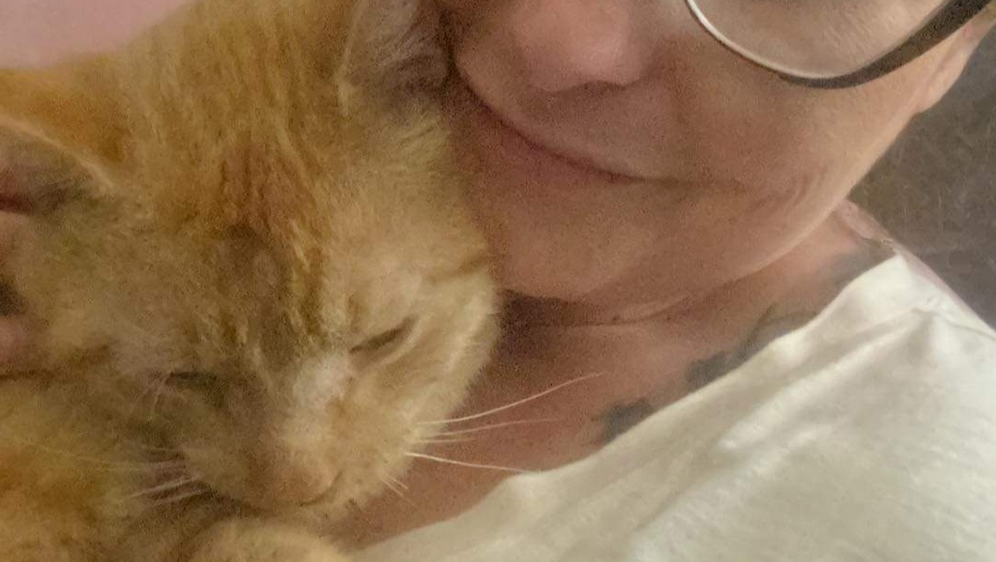 As she said, "I heard a 'meow' [and] I looked and saw that pitiful little orange cat just hobbling around. When I went out on my porch, he started rubbing against my leg."

But when she called up the veterinarians in her area, she found out that Apollo's injuries were beyond her ability to afford treatment. Nonetheless, she found that her neighbor Jennifer Miller was willing to set up a GoFundMe campaign for his surgery — as long as Phillips adopted him.

And Phillips would soon learn that Miller wasn't the only ally in Apollo's corner as Dr. Al Henry of Lynchburg, Viriginia would eventually agree to operate on Apollo at a discounted rate. 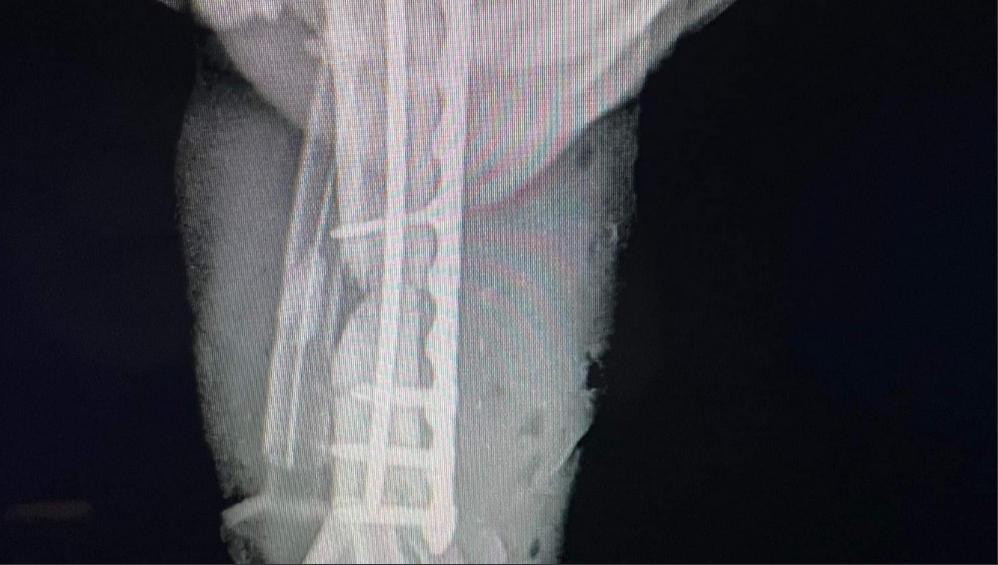 And as Phillips soon learned, this generosity would make an even bigger impact than she realized.

In her words, "He [Apollo] actually required more than we thought. He ended up having a plate with six screws and a pin in his left leg."

This meant that even with the discount, the cat's procedure would end up costing $2,669. Unfortunately, this was about $600 more than the GoFundMe campaign would raise at the time (it has since raised a total of $4,280 at the time of this writing).

However, Miller would end up covering the rest of bill and as we can see, those screws and pins went in as planned.

And not only is Apollo's health improving all the time, but he's settling in very well into his new home. 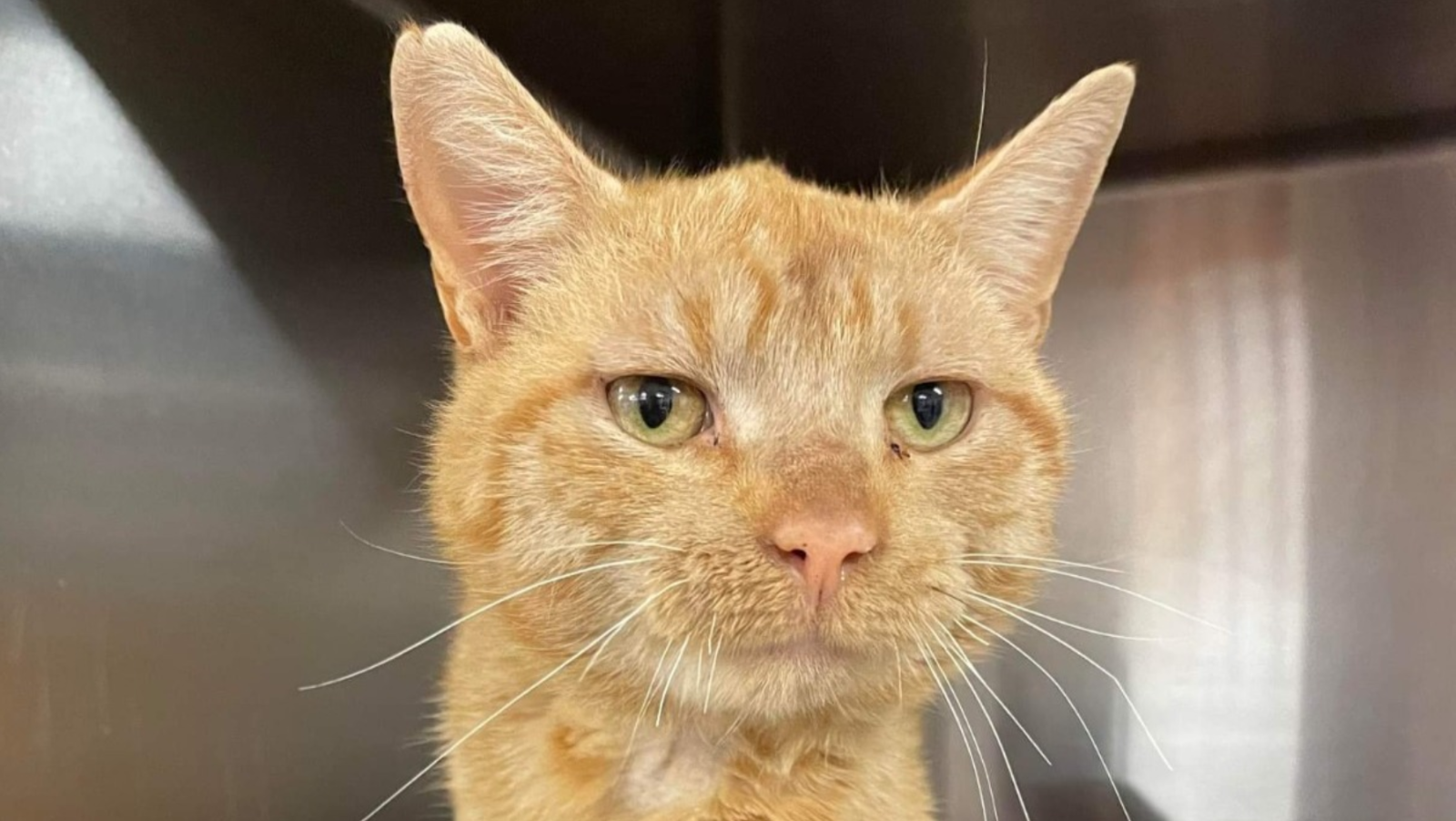 According to Phillips, her dogs Luna and Juno have accepted him into their family and he loves them back.

Now that the dust is settling, Apollo's new friends have expressed how touched they are both by the community's generosity and Apollo's resilience.

As Miller put it, "Our community has been generous this Christmas, helping this cat live his best life. The biggest thing everybody was in complete amazement about was how in the world this cat had gotten the strength to crawl to somebody's house."