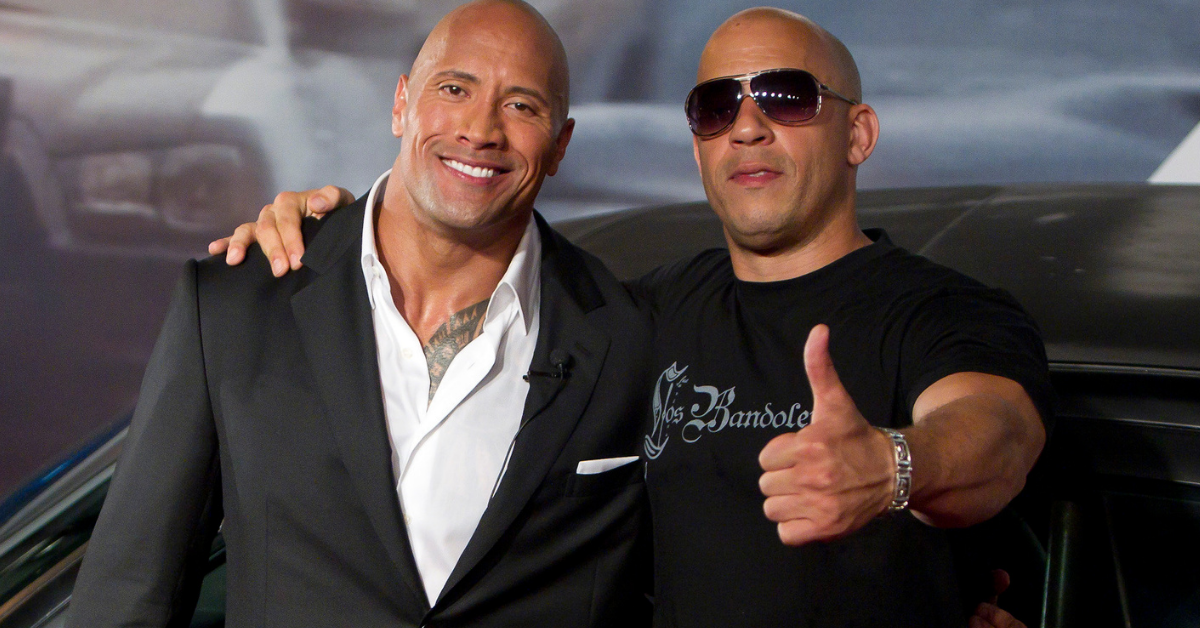 Drama has been brewing behind the scenes of the tenth Fast and Furious film. Fans of the franchise know that Dwayne "The Rock" Johnson and Vin Diesel have had an ongoing feud and now, it seems the former professional wrestler has settled the drama once and for all by calling out Vin Diesel publically.

I know, right? And they say women are catty...

For those who haven't been following along with the saga, Vin Diesel shared an emotional post on Instagram last month addressing The Rock publicly.

"My little brother Dwayne... the time has come. The world awaits the finale of Fast 10. As you know, my children refer to you as Uncle Dwayne in my house. There is not a holiday that goes by that they and you don't send well wishes... but the time has come. Legacy awaits."

The post continued with Vin reffering to their co-star, the late Paul Walker, by his nickname, Pablo.

"I told you years ago that I was going to fulfill my promise to Pablo. I swore that we would reach and manifest the best Fast in the finale that is 10!" he added.

"I say this out of love... but you must show up, do not leave the franchise idle you have a very important role to play."

"Hobbs can't be played by no other. I hope that you rise to the occasion and fulfill your destiny," he added.

Now, The Rock is speaking out about his return to the franchise, and spoiler alert — it's not happening.

"This past June, when Vin and I actually connected not over social media, I told him directly—and privately—that I would not be returning to the franchise," the former pro wrestler told CNN.

"I was firm yet cordial with my words and said that I would always be supportive of the cast and always root for the franchise to be successful, but that there was no chance I would return."

He insisted that Universal Studio was made aware of his decision and they were "very supportive as they understand the problem."

The Rock went on to call Vin Diesel's post an "example of his manipulation."

"I didn't like that he brought up his children in the post, as well as Paul Walker's death. Leave them out of it."

Well, it's easy to see The Rock has been clear on his future with the franchise and I hope that he is able to now bow out peacefully.