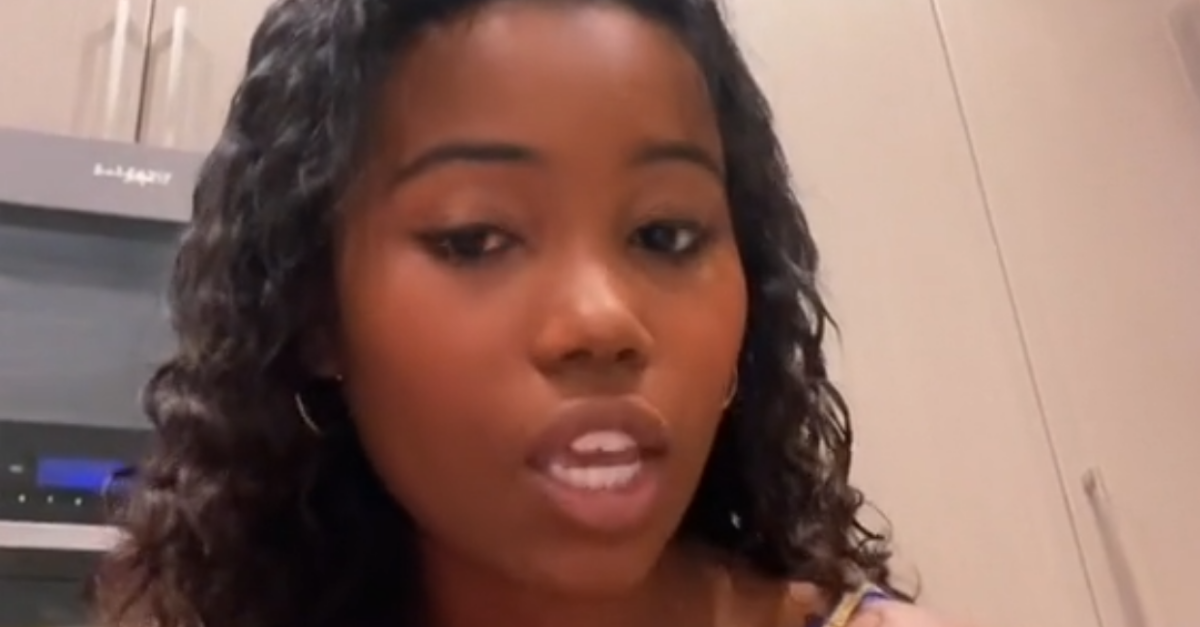 On paper, you're not likely to find many companies who don't present themselves as inclusive and equitable places to work.

After all, most of those companies have HR departments and they tend to advise against openly promoting discrimination and toxic work environments. But of course, we hear enough stories from many different industries that it would naive to think that such problems don't happen anymore.

And while there are many different people that those with power over a given business could potentially discriminate against, we can still see a lot of women report that the double standards and dismissive attitudes they've been fighting against for years are still alive and well.

But as one young mover-and-shaker in the entertainment world recently showed in an incisive video, that doesn't mean they have to put up with any of it.

20-year-old Sabrina Lassegue is a writer, director, and a member of the Screen Actor's Guild who also owns her own company called Yellow Rain Productions.

And when she released a TikTok on December 9 depicting an incident from a business meeting, she was working with a brand that wanted her to produce and direct a commercial.

As she said in a follow-up video, she had already signed contracts with this brand and was presenting her ideas to their marketing team.

However, it seemed that one member of that team wasn't interested in letting her get on with this presentation. 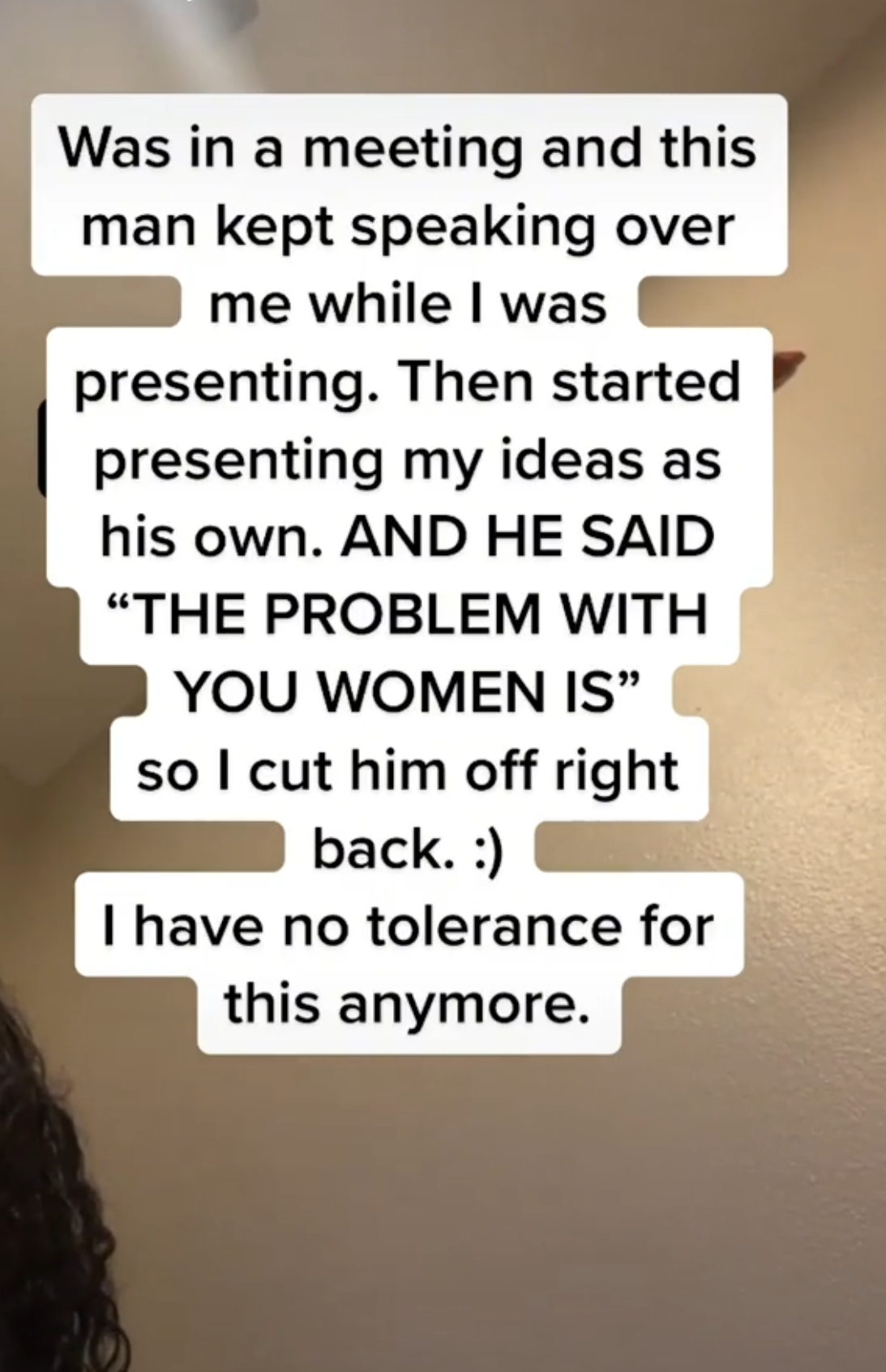 As we can see here, Lassegue said that not only did he keep interrupting her, but he showed that he was listening in the worst way possible: Suggesting ideas she had already presented by then and passing them off as his own.

This is a type of behavior known as "hepeating" and there was no question that there was a sexist underpinning to it in his case since one of these interruptions saw him say "The problem with you women is..."

But we never got to hear his stunning insights because it was Lassegue's turn to cut him off. 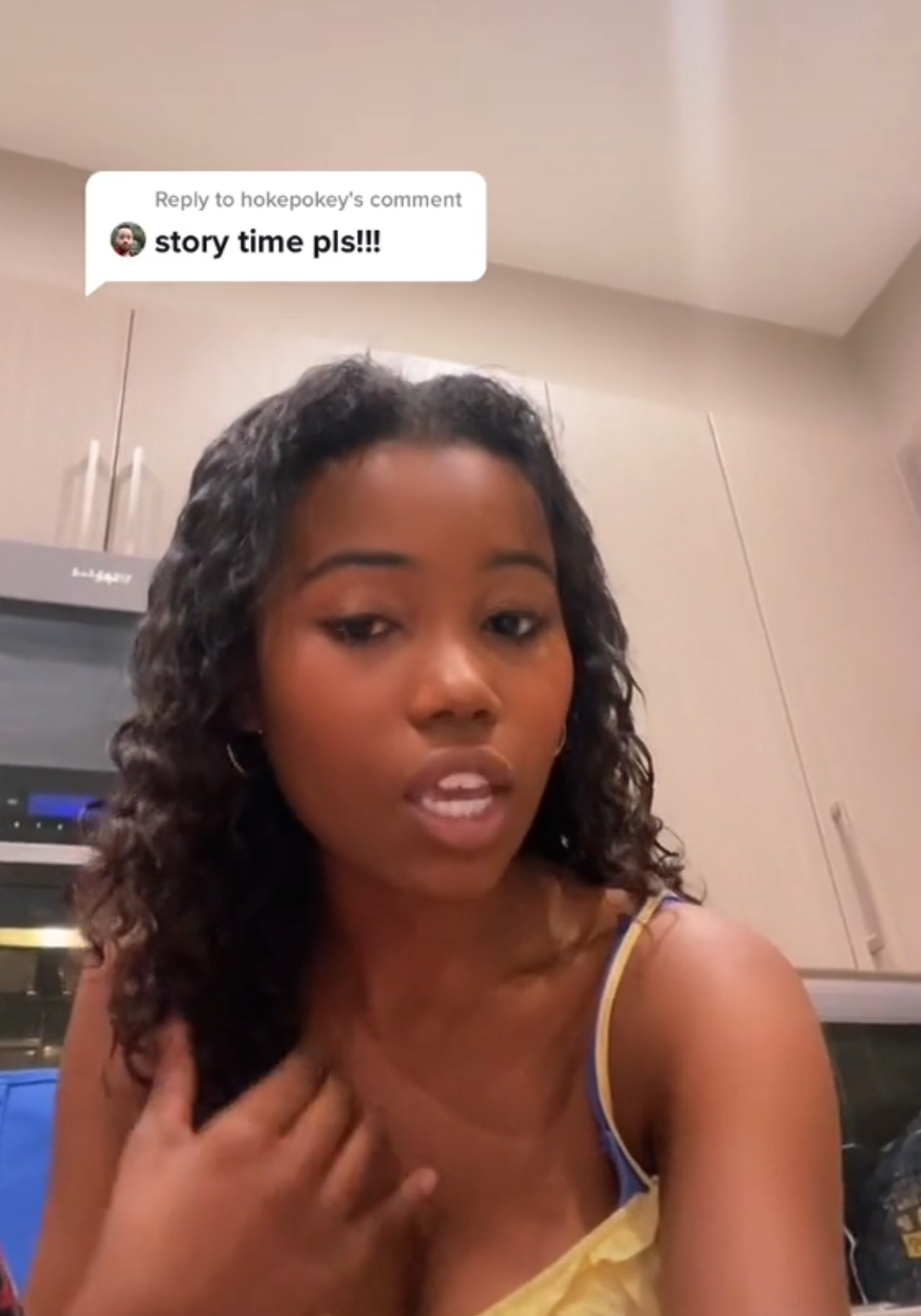 After telling him to go back on mute and saying, "No, I'm actually not done speaking," she said that her ears had a limit on tolerating his ability to keep prattling on.

And she also had no problem telling him how disrespectful and degrading she found both his interruptions and what he was interrupting her to do.

Naturally, this situation made people want to know more.

However, Lassegue said in her follow-up video that there really wasn't much more to that story than what we've already discussed.

Presumably, the guy on the marketing team finally stopped interrupting her after she called him out and she never got to hear how was going to finish that last sentence. After all, she didn't expand upon any of that.

And while the encounter obviously irritated her, she said that it also didn't come as a total surprise.

In her words, "I knew as a young woman, I wasn't gonna be necessarily taken seriously, so I practice all the time. And I'm lucky to have wonderful mentors in the industry who have helped me find ways to respectfully get my point across and turn the table back around to me in a meeting."