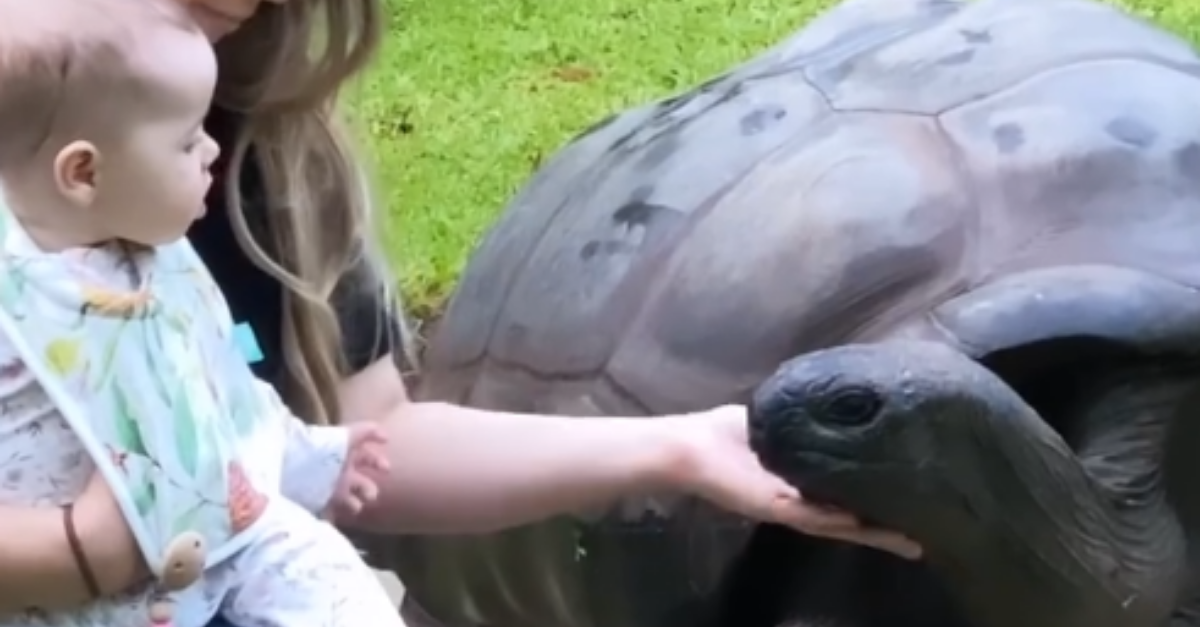 It's been a big year for everyone, but it seems like it's actually been a pretty good one for the Irwin family.

And as we've seen from the social media presence of Bindi Irwin and her husband Chandler Powell, a major part of why they've had reason to celebrate was that this year saw the arrival of their daughter Grace Warrior Irwin Powell into the world.

The baby's middle names are a tribute to Steve Irwin, who both coined and exemplified the term "wildlife warrior" to describe the conservation work that's gone on at the landmark Australia Zoo for about half a century.

And while it's clear that Bindi Irwin has some high hopes for her daughter, her work to prepare Grace for what lies ahead has given her followers a treasure trove of adorable photos that see the baby coming face-to-face with beautiful animals.

And Irwin's latest video may be the most charming yet.

Throughout the past year, Irwin has made it clear that she's hoping Grace will grow up to be as passionate about wildlife and environmental conservation as she is.

According to People, she said, "I'm so excited for our daughter to grow up learning about the importance of giving back and making a difference in the world for the future generations. My family started this work over 50 years ago and I have always been grateful that they included me and my brother every step of the way."

For that reason, Irwin and Powell have spent much of Grace's first year on this planet introducing her to some of the Australia Zoo's finest.

And while this photo uploaded on November 18 doesn't mark the first time Grace has met a little joey, it's hard to get enough of super cute shots like this.

And on December 6, little Grace made a big friend who seemed just as curious about her as she was about it. But of course, it's often hard to hold a baby's attention for long.

As we can see in the precious clip that shows Irwin petting the tortoise, Grace soon starts looking around and becomes just as interested in the person filming her as she is in Igloo.

They're always discovering the world at the age and Grace happened to be born in quite the world to discover.