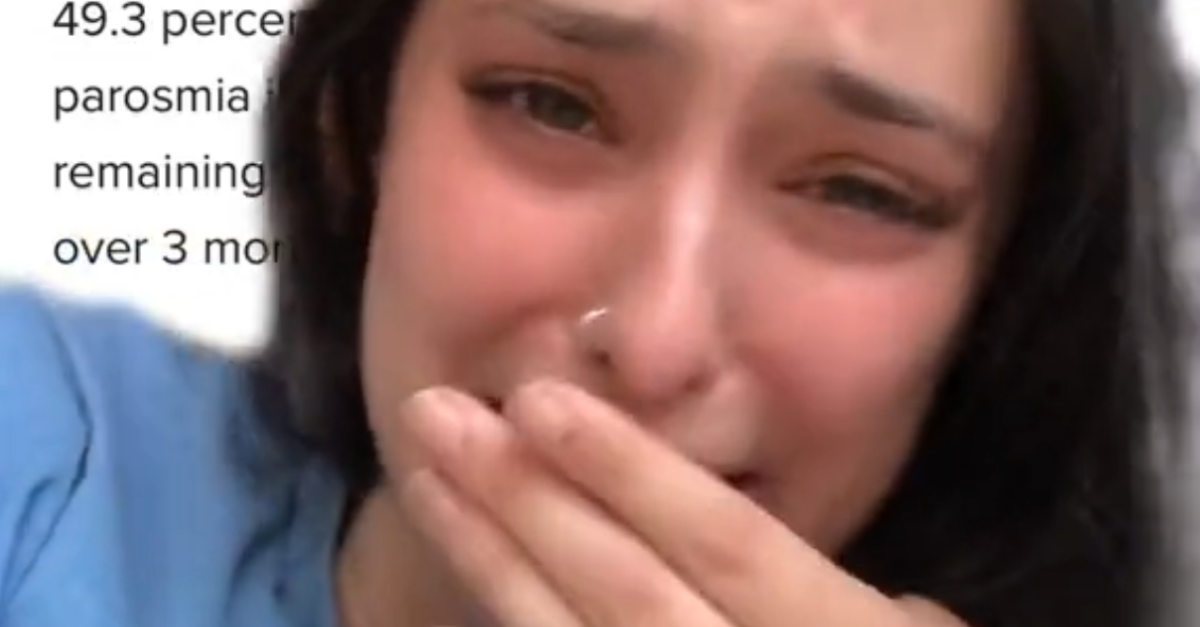 For many throughout the world, one of the most unnerving aspects of COVID-19 is how unpredictable it can be for those who contract it.

Because while the survival rate for the virus tends to be high, there's no telling what will happen after it has left a patient's body. Some research has described patients developing brain issues after contracting the disease, while others reported that the debilitating effects many sufferers feel continued months after they had supposedly recovered.

The days of these "long haul" patients are filled with uncertainty as to when their symptoms will abate and that is certainly true for one young woman who has had her sense of taste dramatically affected by COVID-19.

But while it's common to lose one's sense of taste and smell when you contract the virus, it seems that she is experiencing something even worse.

In a since-deleted TikTok, 20-year-old Natalia Cano tearfully explained that she is experiencing a side effect from contracting COVID-19 called parosmia. 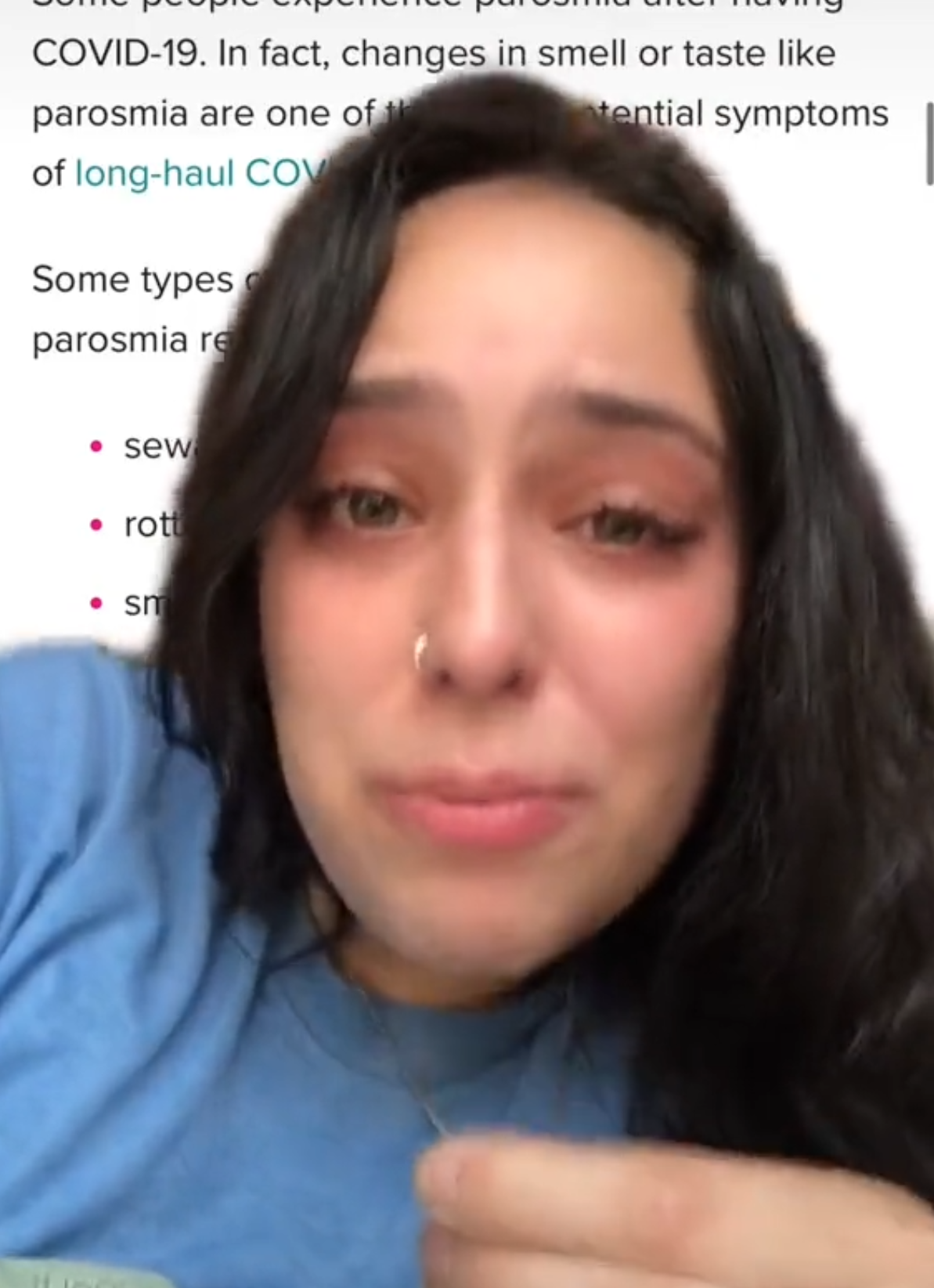 And from what she described, this didn't rob her of her sense of taste so much as it warped it in such a way that anything she eats will either taste like garbage or sewage to her.

Based on the Healthline article she included in her video, this is a common taste for sufferers of this condition and other odors such as skunk, rotten eggs, rotten meat, mold, and gasoline are also possibilities.

As she described it, "Imagine the worst smell you've ever smelled in your life and it's that, but everything."

And as if that hasn't already made life difficult enough for her, Cano reported that this has described her eating experiences for the last 10 months. 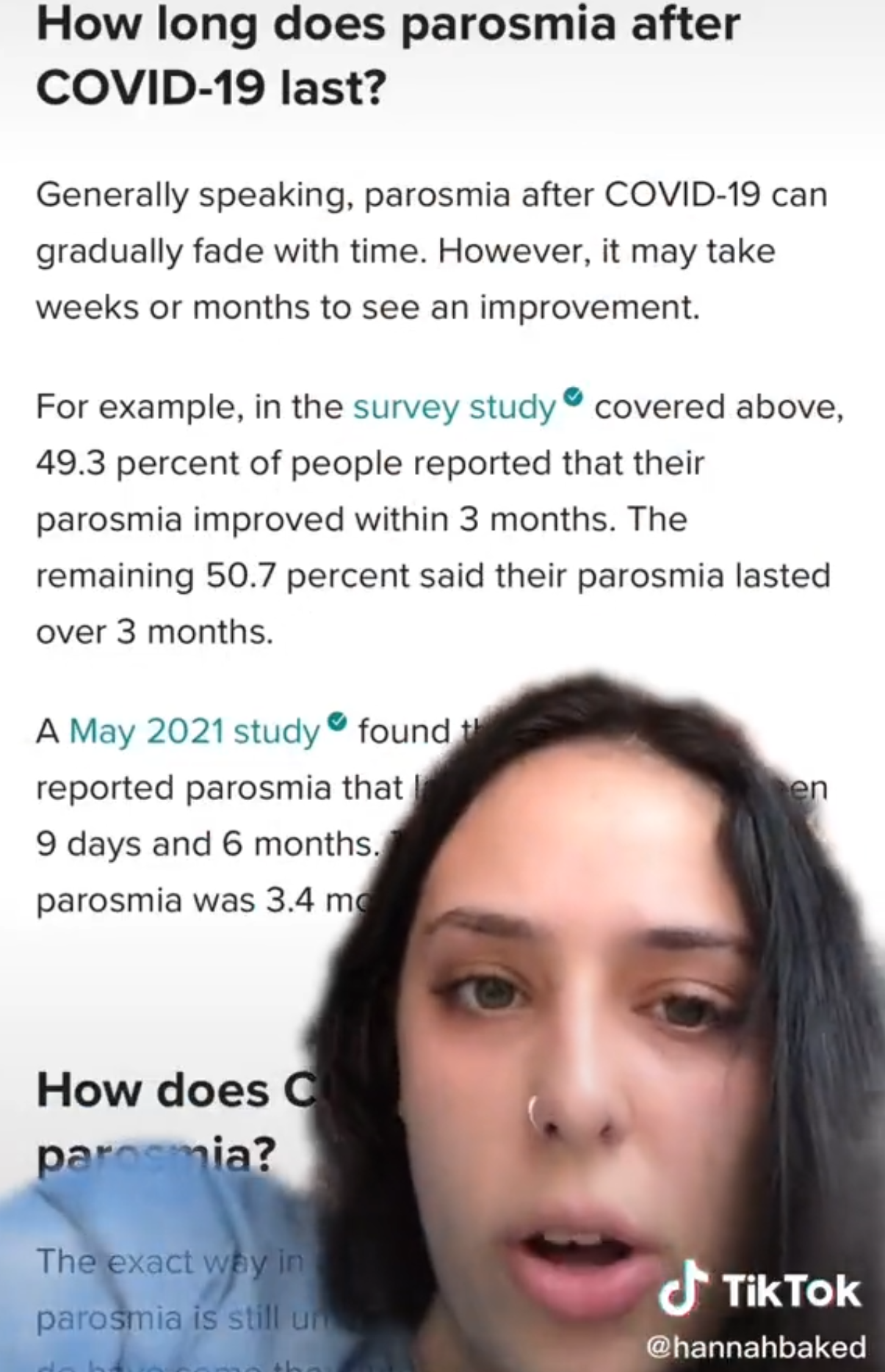 Although roughly half of COVID-19 patients who experience this symptom saw improvement within three months, many of the rest found their senses stabilizing within six months.

However, Cano was even more discouraged by her experiences when the only doctor she met who had seen this affliction before told her that if it persists beyond a year, there's a chance her sense of taste will never return.

And that came as devastating news for Cano because this condition has led her to develop a serious eating disorder. 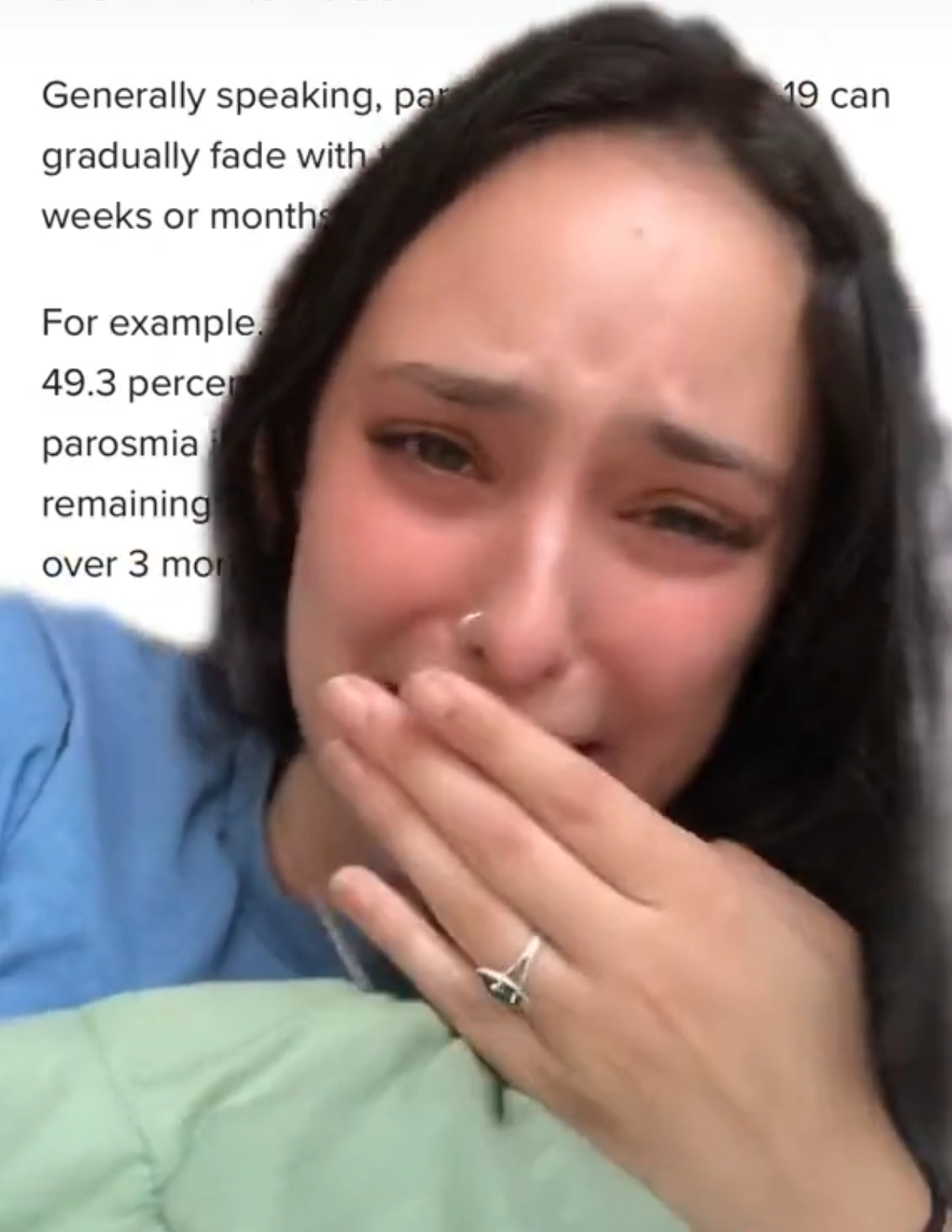 And it goes beyond simply not being able to get used to a universally terrible taste.

As she put it, "It was affecting me so much that I developed gastritis where every single meal, I was throwing up bile."

Although she has since become capable of keeping meals down, the disorder persists to some extent due to the fact that eating remains an understandably miserable experience for her.

The extent of what she had to share about her exerience can be seen in this re-upload from Twitter, but she also identified why this might be happening to her.

As she discovered, about 70% of COVID-19 patients who develop parosmia are women under the age of 30 like her.

She also found that about 10% of COVID-19 patients reported experiencing what she is now living with.

In her words, "There's no research, there's no cure, there's just hoping."