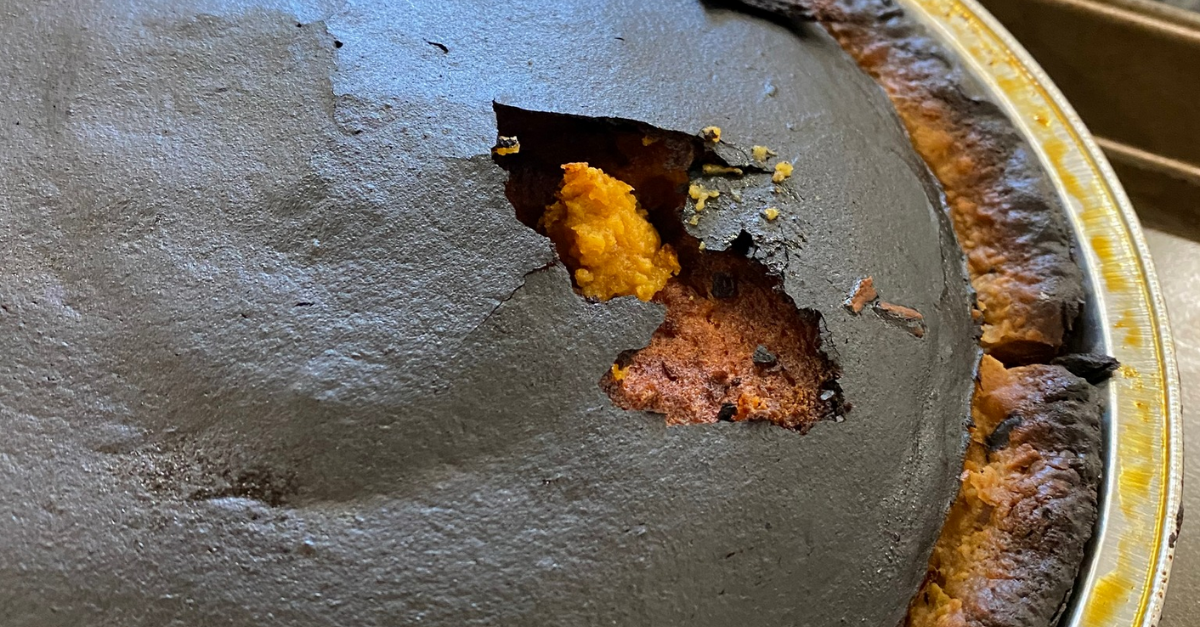 One thing you quickly learn about social media is that there doesn't seem to be anything that people love doing more than dunking on each other.

You can see this in the form of Twitter's daily political battleground if you insist, but there are also examples that are probably a lot more fun for everyone involved. And the best part is that you can never predict what will get folks in the mood to roast something.

It could be an unintentionally not-safe-for-work piece of jewelry or it could be a more normal item that somehow turned out to be ludicrously expensive.

However, the most likely thing to put the internet in a sarcastic mood is someone's goofy statement. And while last year saw Twitter mercilessly roast a guy for saying that people shouldn't work from home in sweatpants, another logical leap that nobody bought now comes to us just in time for the holidays.

On November 25, a woman named Sharon Weiss posted a photo of a heavily burnt pumpkin pie on Facebook. 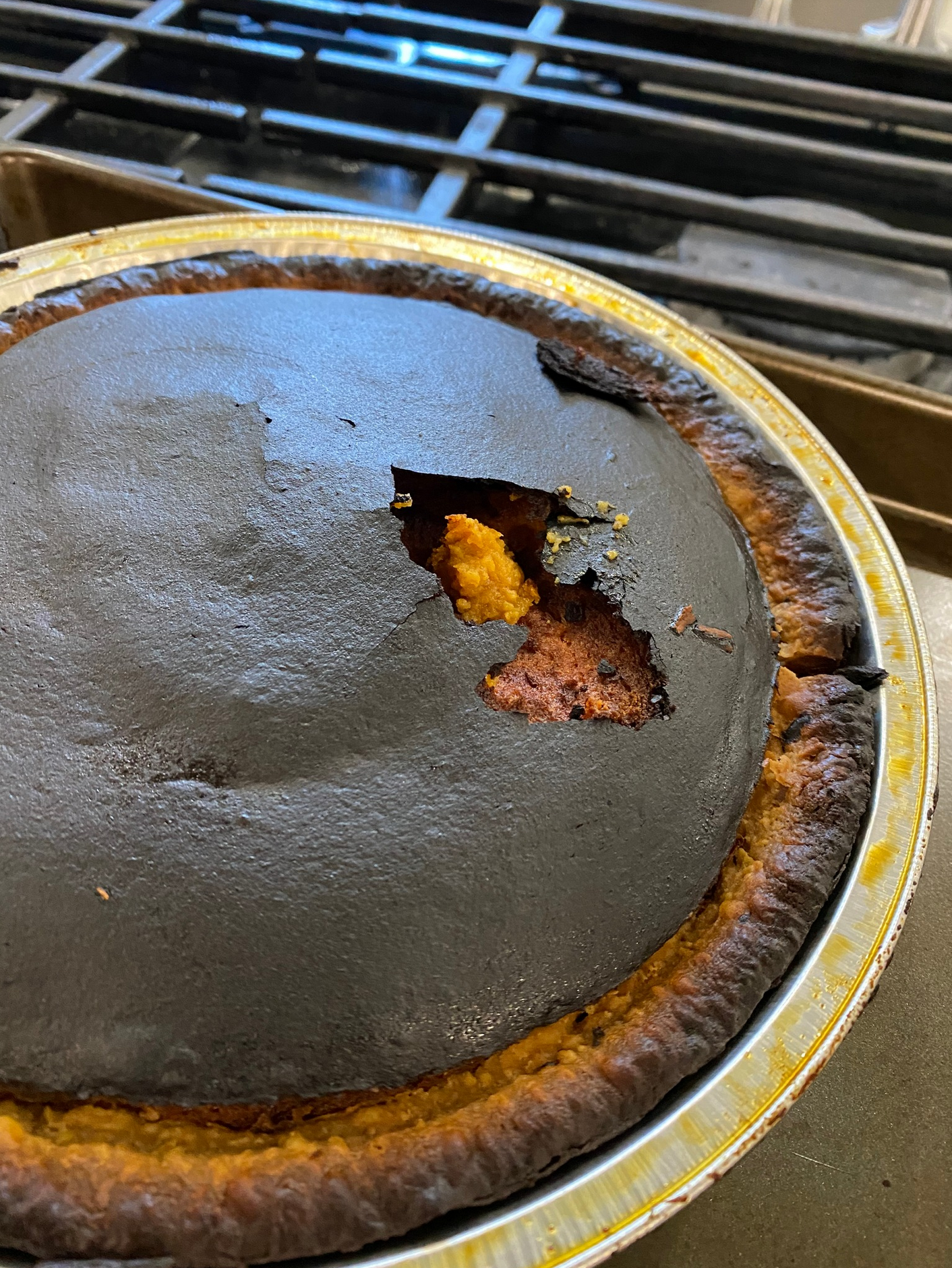 In of itself, this probably wouldn't be a cause for much ridicule because we've all been through something like this at one point.

But what really had people laughing was her caption, which read, "Thanks Marie Calendar for ruining thanksgiving dessert."

And people just couldn't get over the suggestion that Weiss's scorched pie was somehow the company's fault. 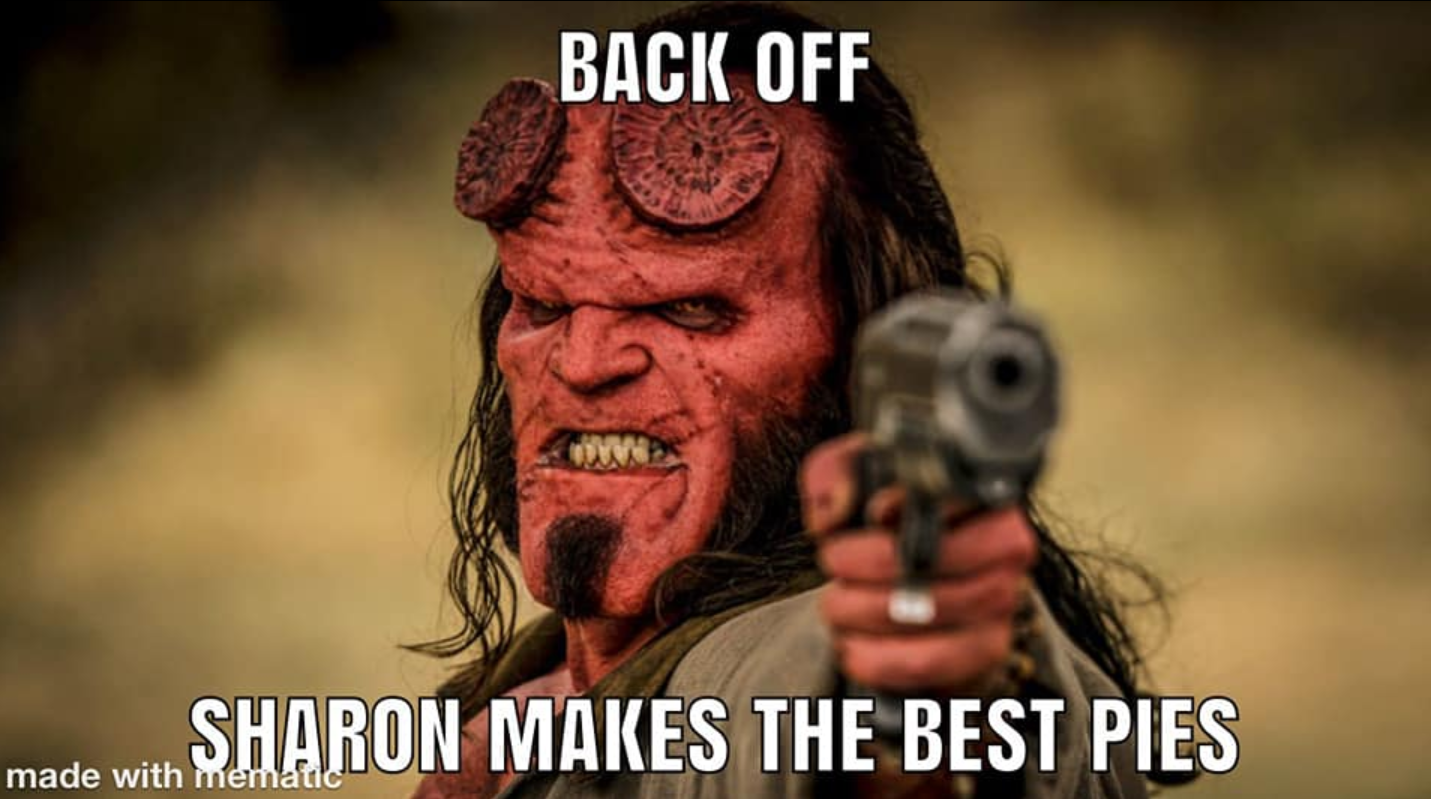 So as we can see, the memes and jokes started flying, including this impassioned defense from an apparently homesick Hellboy.

Other highlights included, "Ma'am, that little circle after the 350 is a degrees symbol not another zero," and "Unfortunately, Marie Callender's pumpkin pies do not come in Original or Extra Crispy."

And as is often the case when someone publicly disses a company, it wasn't long before a representative from Marie Callender's stepped in to try and smooth things over. 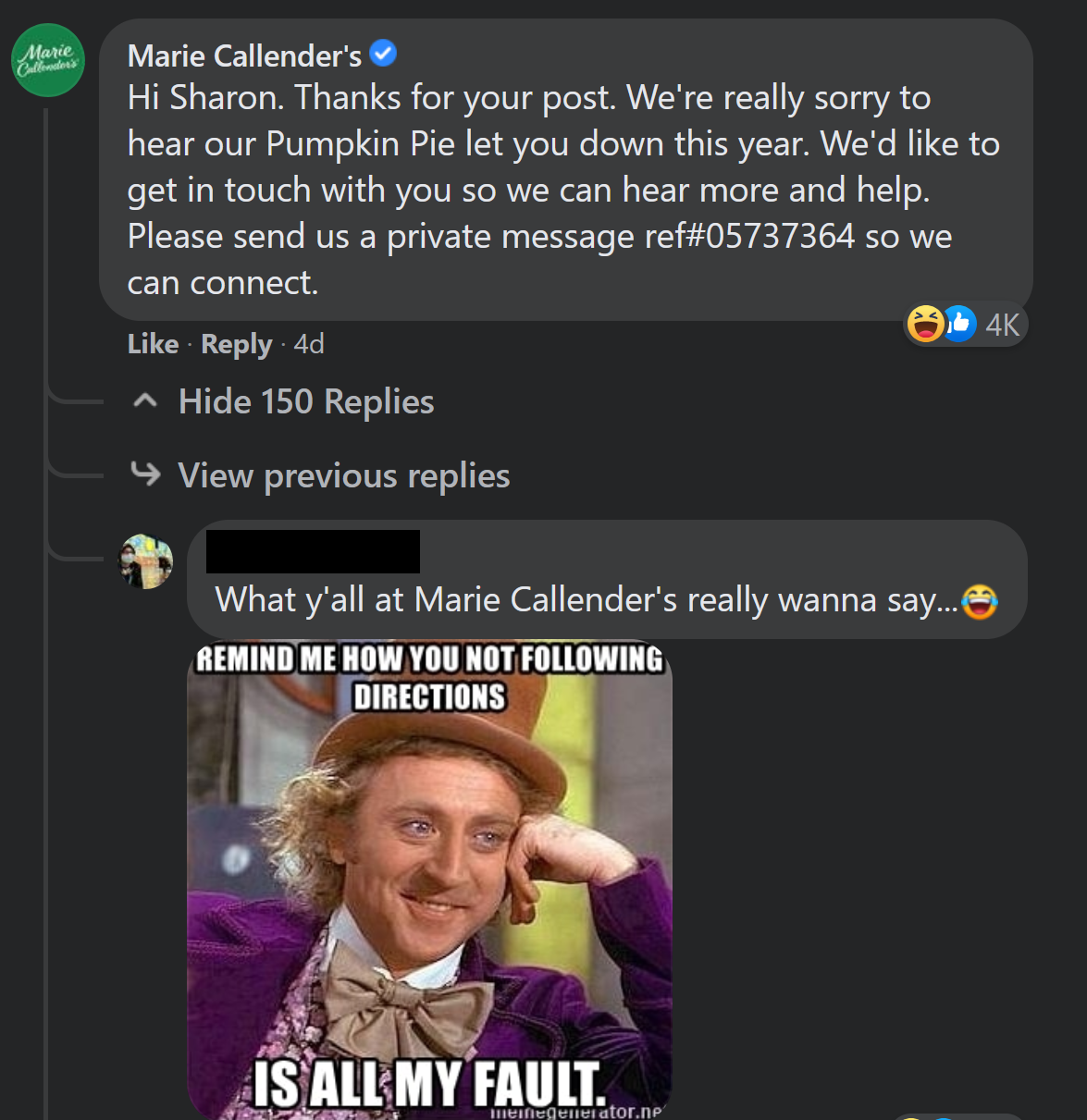 But of course, this response seemed to make people laugh even harder as one person saw a perfect opportunity to serve as the company's anger translator.

All in all, 21,000 commenters would end up joining in on the fun with some expressing surprise that Weiss was still allowing comments to come in. 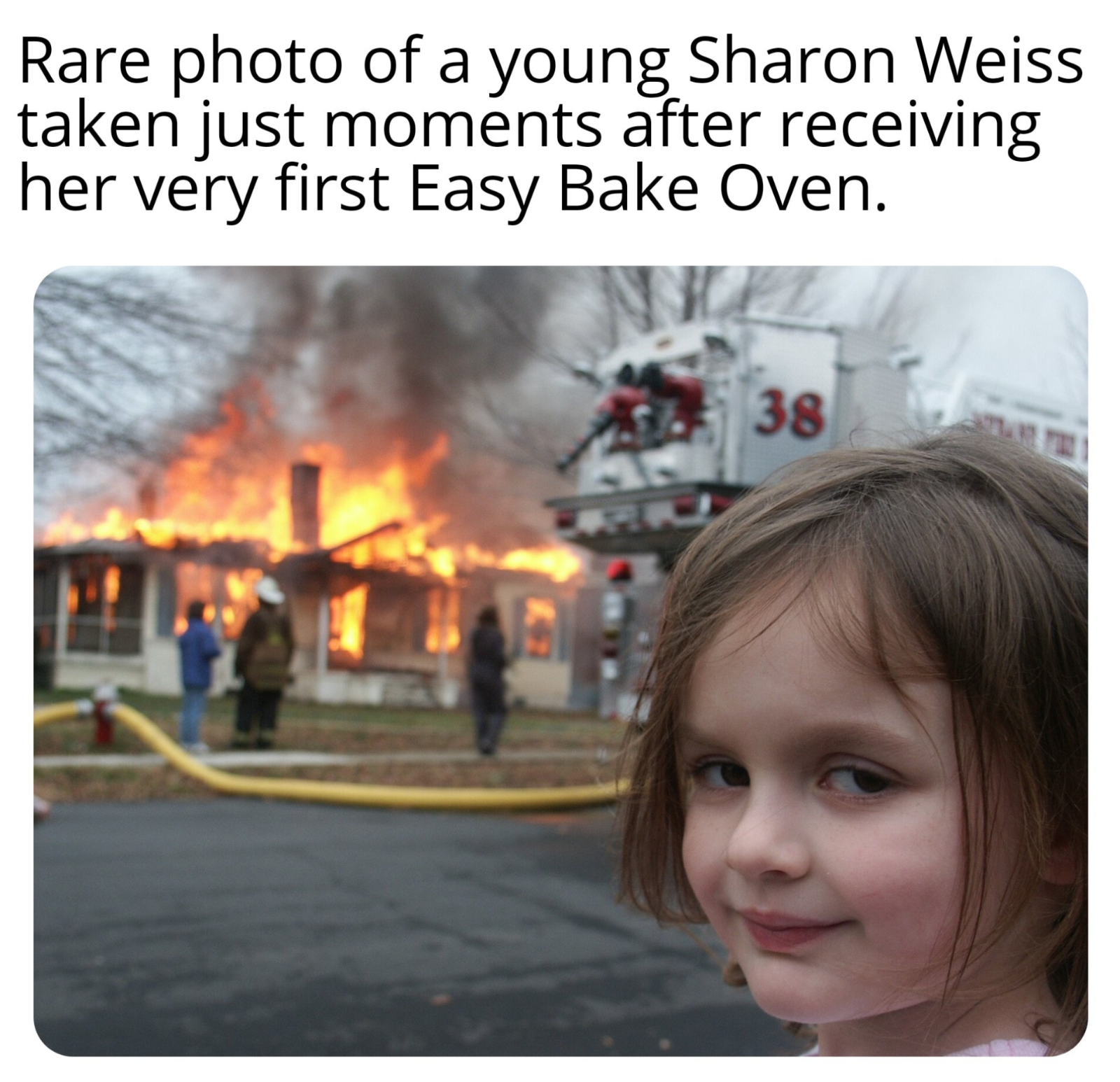 But while the roasts kept pouring in, others thought there was something iconic about the idea of blaming Marie Callender's whenever they mess something up.

And it looks like it's something others are starting to try themselves based on comments like, "I get it, Sharon. I didn’t put enough coffee grounds in the coffee maker this morning, and the coffee came out weak. Thanks Marie Callender's!"