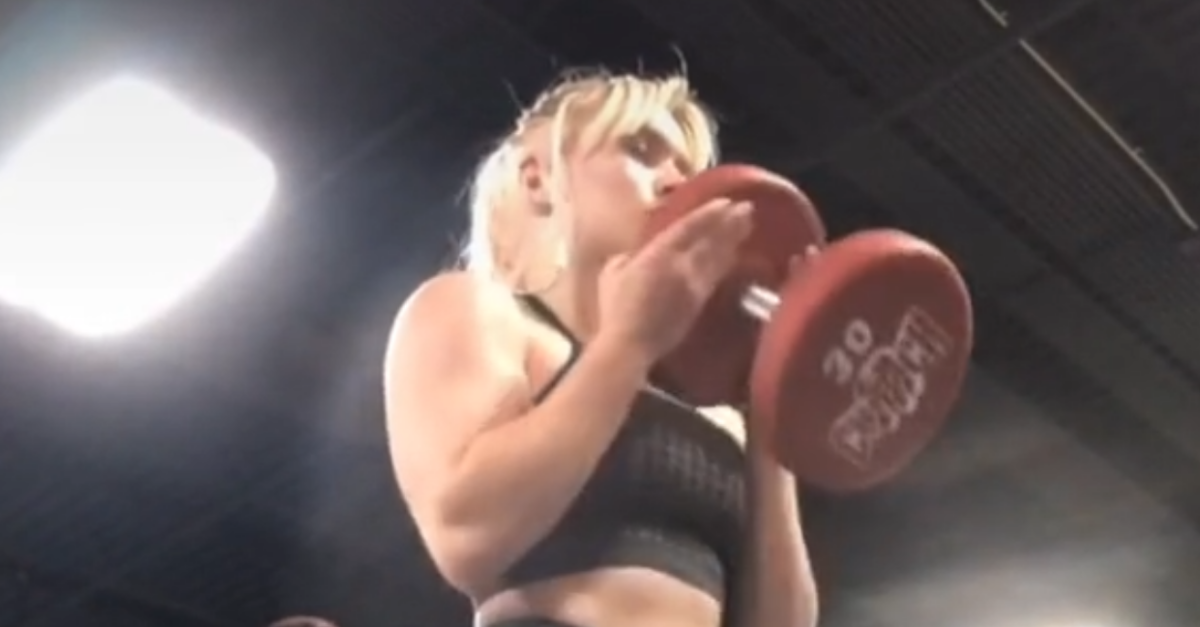 No matter how much we might appreciate that harassment is wrong, it can be easy to underestimate how often it happens to women and how many places leave them exposed to this kind of treatment.

Street harassment is a well-known problem and has all but become an occupational hazard for TV reporters, but even confined, fully-staffed airplanes aren't immune to this issue.

However, if we were to make a list of places where women have to deal with harassment the most, it's likely that gyms would be pretty close to the top.

And after months of dealing with a particularly persistent harasser, one woman made it abundantly clear that she's had enough.

Be advised that the video featured in this article contains explicit language.

In a video posted to TikTok on October 28, 20-year-old Chelsie Gleason revealed the unwanted attention she's received from another patron at the gym. 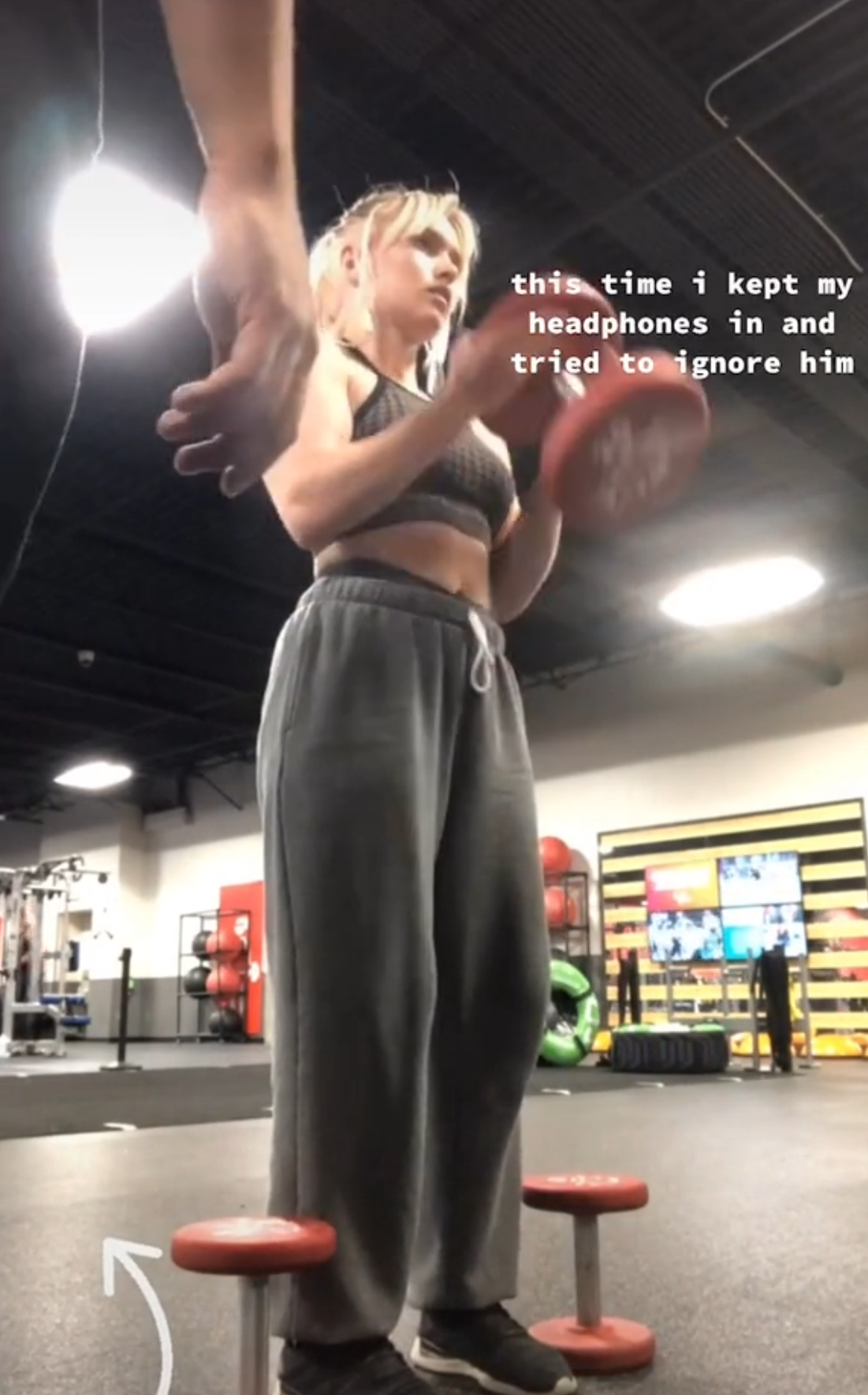 In a follow-up video explaining the situation, she said the man we'll soon see started off by offering workout advice, but kept bothering her for multiple months after he was told his help wasn't needed.

We can hear him talking about people's personalities changing in the video, which is apparently part of some conspiracy theory he often goes on about. He also seems to believe that black vans are following him.

But while Gleason tried to leave her headphones in and ignore him this time, that only seemed to convince him that whoever is out to get him got to her too. 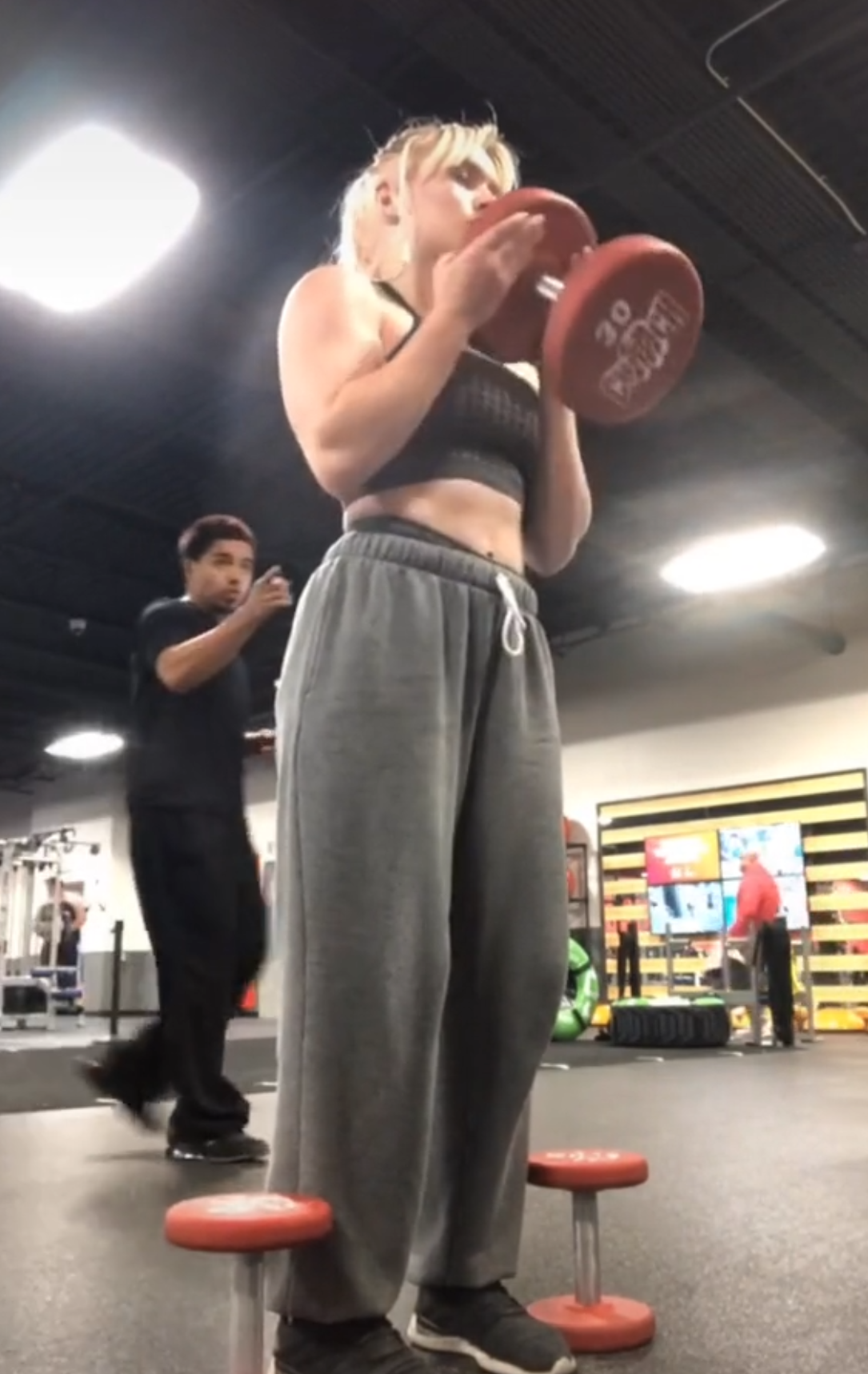 It is for this reason that he soon approaches her from behind and refers to to her as "a [expletive] traitor."

According to Gleason, this isn't the first time he's called her that.

She also mentioned that she had the support of the gym's staff and most of her fellow gym-goers, who she called her "gym bros."

Both groups were known to walk her to her car by the time she had finished for the night.

That said, those watching for this man hesistated in dealing with him because his interactions were solely verbal and he wasn't acting threatening. 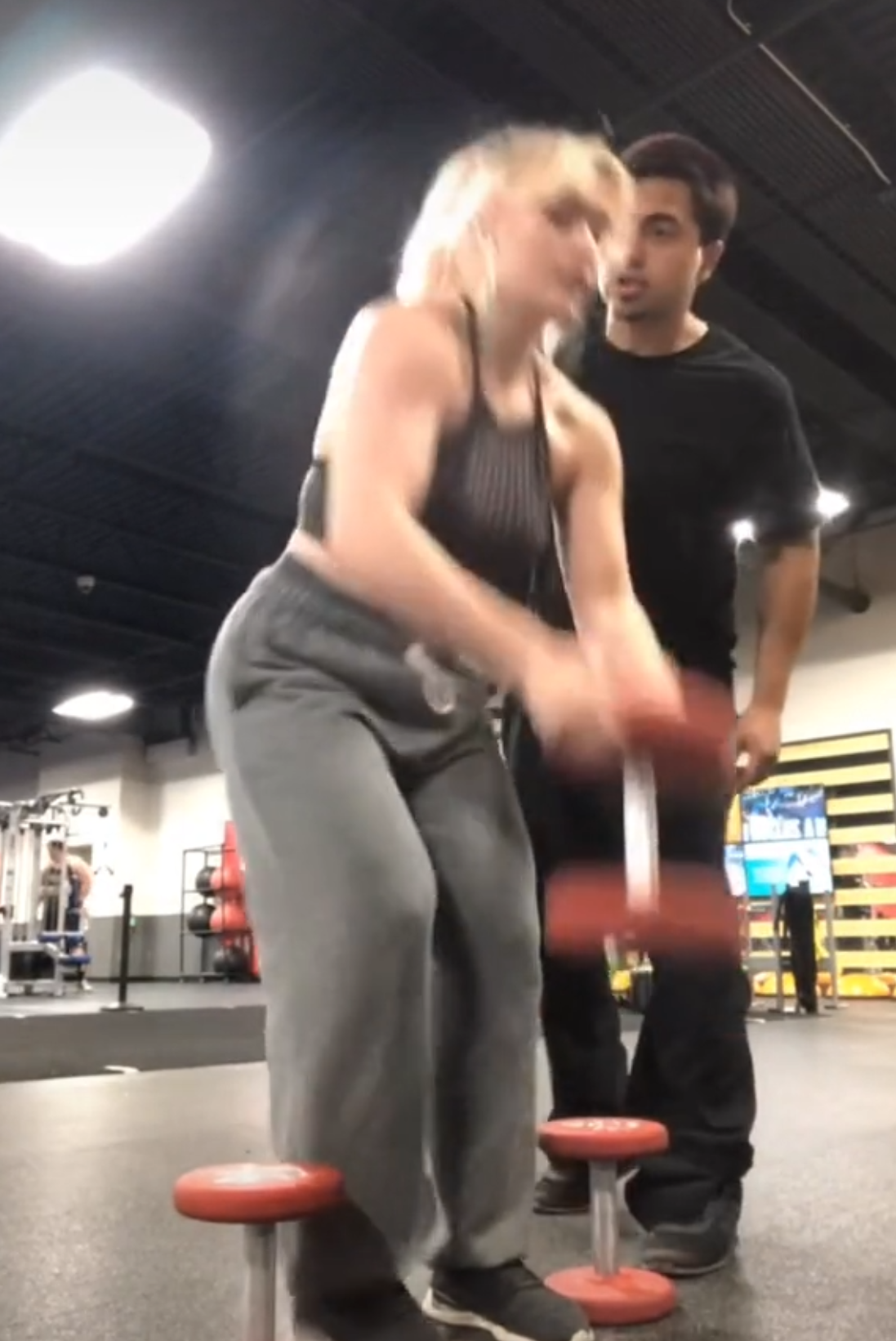 However, that seemed to change over the last two weeks after Gleason tried to firmly explain that she didn't want to talk to him.

As she put it, "He would follow me around areas of the gym, just make weird comments to me, harass me."

And as we'll see in the full video, his harassment came to a head when he got in Gleason's face, at which point she yelled at him not to come near her.

Once this incident occurred and the video showing it went viral, the staff at Crunch Fitness were able to identify him well enough to permanently ban him from the premises.

And as Gleason explained in a separate follow-up video, he was arrested after trying to gain entry to the gym anyway.

And as she eventually discovered, "They found he already had a warrant out for stalking another girl."

So now Gleason feels a lot safer since the man is not only banned from the gym, but in jail.