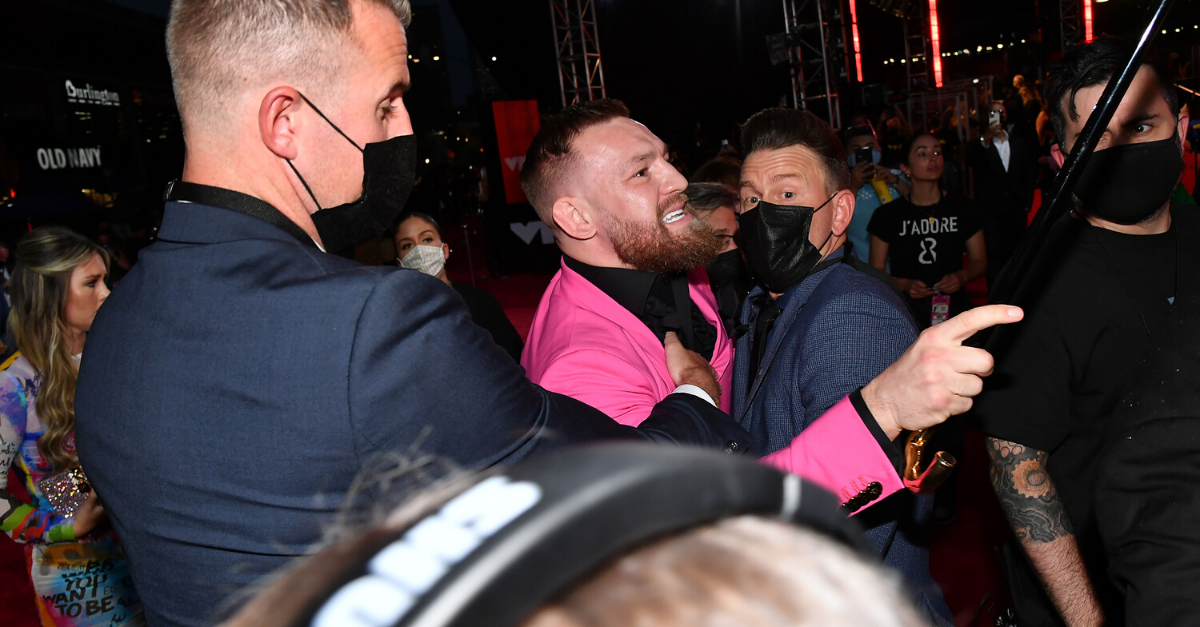 Everybody's Playing Dumb Over The McGregor-MGK Fight At The VMAs

Whenever something unexpected or controversial happens at an award show, you can bet that it'll be all over the news the following day.

This is partially because these tend to be big media events, so there are a lot of eyes watching everything that goes on around them. And when a shocking moment occurs, there's a good chance that the person breathlessly telling you about it the next day saw it unfold a real time.

Another factor is that award shows tend to be boring and seem interminable when everything goes right, so a scuffle or mishap that would otherwise be mildly interesting at best suddenly becomes a highlight of the evening.

That's likely how a minor disturbance at MTV's most recent Video Music Awards found its way into national news, but the peculiar thing about it is that nobody seems clear on or at least willing to explain how it started.

Prior to the actual awards, an altercation took place between MMA fighter Conor McGregor and rapper Machine Gun Kelly on the red carpet outside.

Although videos from the incident don't exactly reveal how the fight started, McGregor could be seen throwing a drink in the rapper's direction in one onlooker's footage.

In another video, McGregor can be seen trying to push towards Kelly as both his security team and the rapper's bodyguards kept the two separate.

Before long, rumors started to form around exactly what went down. 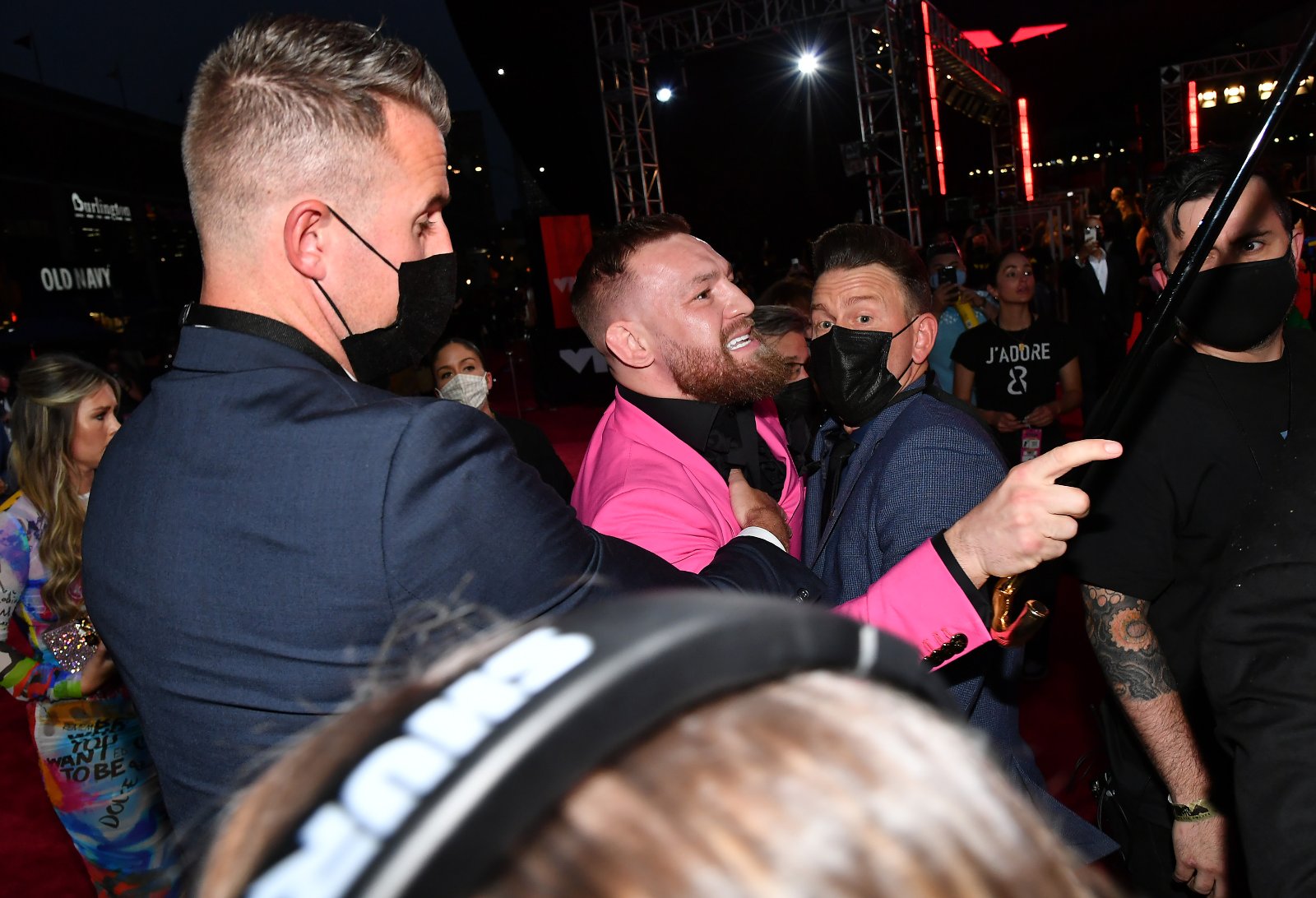 According to Buzzfeed News, TMZ reported that McGregor had approached Kelly for a picture before either Kelly himself or his security personnel shoved him.

Given McGregor's infamous temper, the aggressive behavior he showed in clips from the event would then seem to be a dramatic reaction to this slight.

However, McGregor denies this version of the events and maintains that he has neither had prior interactions with Kelly nor any desire to get a picture with him.

He also denied that he was looking for a fight, saying, "I only fight real fighters — people that actually fight. I certainly don't fight little Vanilla Ice white rappers. I don't even know the guy. I don't know anything about him, except that he's with Megan Fox."

And as we can see in this clip, Kelly himself brushed off any questions about the encounter afterwards. After Kelly pushed the microphone away with either a yelp or a loud sigh, Fox could be heard saying, "We're not allowed to say anything.."

So while McGregor might come off as the aggressor in clips of their altercation, it seems that neither party is able or willing to share what happened or how it all started.

Despite the early turbulence, the VMAs seemed to otherwise go on as planned as Kelly performed and McGregor presented Justin Bieber with an Artist of the Year award without a hitch.

So while the footage may be dramatic, it perhaps shouldn't be surprising if neither of them ever feels like filling us in on the scuffle.